The Infinity Countdown has begun and the race to acquire all six of the Infinity Stones has already had deadly costs for some.

As you probably already know through the Wolverine post-credit scenes in various Marvel Comics book over the past month, Wolverine controls the Space Stone. The Guardians of the Galaxy are defending the Power Stone which is now the size of a small moon. As revealed in Infinity Countdown: Adam Warlock #1, Magus controls the Soul Stone. That leaves the Reality Stone, the Time Stone, and the Mind Stone left open. Well, the Reality Stone or should I say Stones are held by an interesting group of people.

That leaves us with the Time Stone and the Mind Stone.

Well, the Mind Stone is being controlled by one of the most unlikely of people. A low-level Daredevil villain by the name of Turk currently wields the Mind Stone and he’s using it to enrich himself as he gambles his way through New York City. 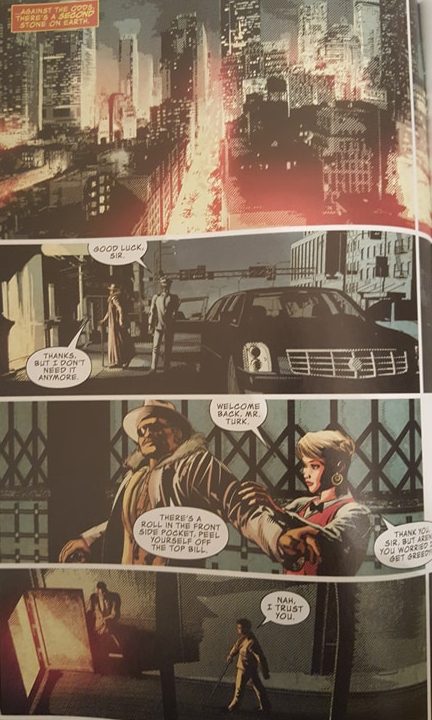 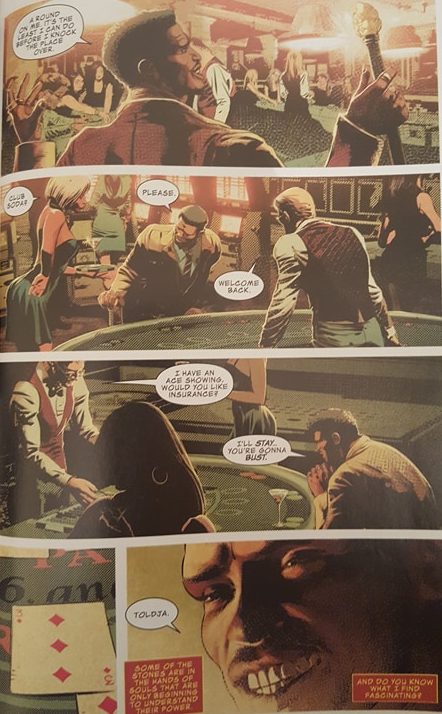 With the Mind Stone revealed, that leaves us only with the Time Stone left. Well, one of Marvel’s greatest villains know holds the Time Stone. The Skrull known as KL’RT or you might better know him as Super Skrull now controls the Time Stone. 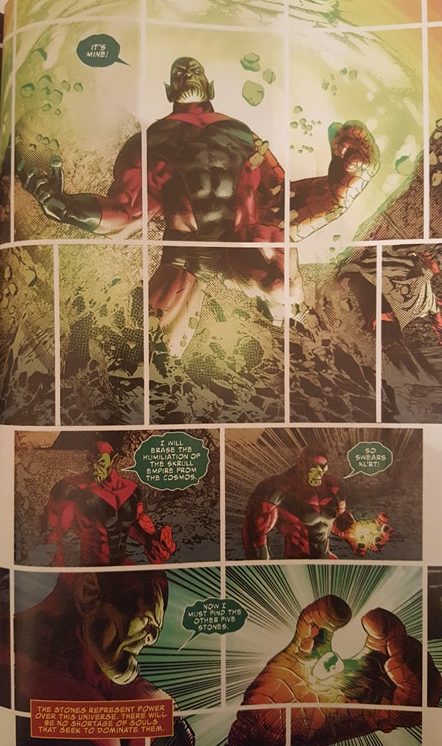 And as you can tell Super Skrull knows what he has and is already thinking about acquiring the other five stones.

Now you know who controls all of the Infinity Stones!