Adapting a piece of literature to a comic is an enormous undertaking. Most literature doesn’t have much action, and isn’t designed for a visual medium, making a comic version challenging to make entertaining. Add to it the verbosity of P.G. Wodehouse’s humor, and one might say it’s impossible to pull off.

Writer Chuck Dixon is also known for his more pulpy fun action than for literary Alan Moore-style writing. Though as the most prolific writer of this generation, he has the experience in adapting comics. Gary Kwapisz also brings experience to the team, having worked on Conan, The Punisher, and dozens of other books. 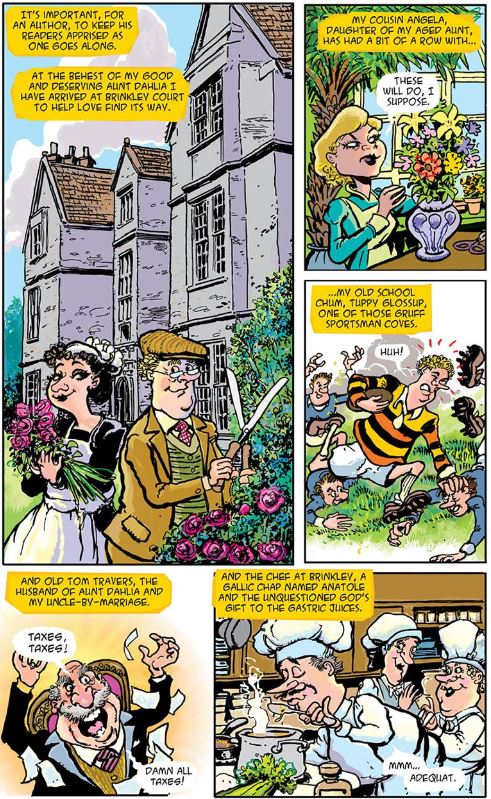 The first issue of Right Ho, Jeeves had a lot of set up. Characters were introduced almost with bios, the scene was set for nearly half the issue. It was enjoyable, but it took for issue 2 for this series to really hit full stride. Kwapisz shows a mastery of cartoonist-style art that gives characters poignant and identifiable features to amplify the humor of the situation. The period pieces and drawings are absolutely gorgeous in the background, which won’t get much credit, but should.

This issue starts where the main character has set a bunch of his colleagues up in different romantic schemes to impress their ladies, and all of them have backfired. Instead of extricating himself from the situation, he doubles down and tries to repair them with more schemes based on deception, only resulting in more hi jinx and more troubles. Jeeves, the butler, is the confidante in these schemes, and one can tell he thinks his master is somewhat crazy, but he’s very diplomatic in the way he phrases his thoughts on the plans. 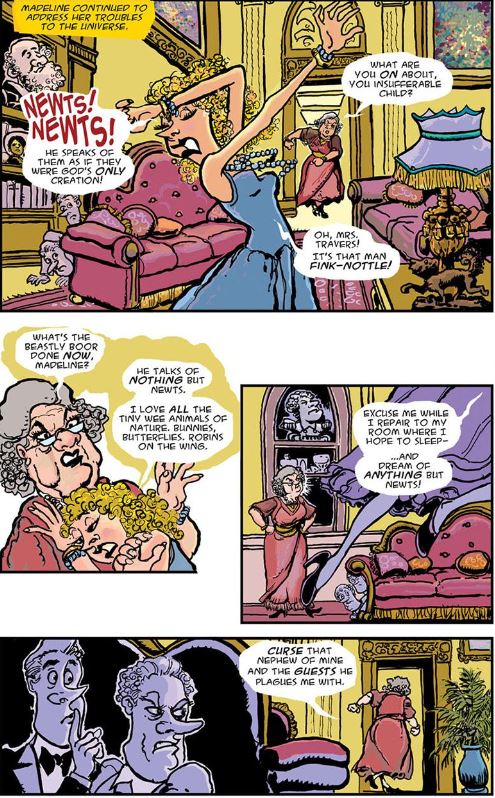 The issue does not resolve, but has opened further complication for the next issue. However, these books have felt more like complete comics than standard decompressed for graphic novel books that hit the shelves these days, another added plus for Right Ho, Jeeves. Don’t expect action or superhero-style out of this and you’ll find a thoroughly enjoyable humor book with art that perfectly matches the style. 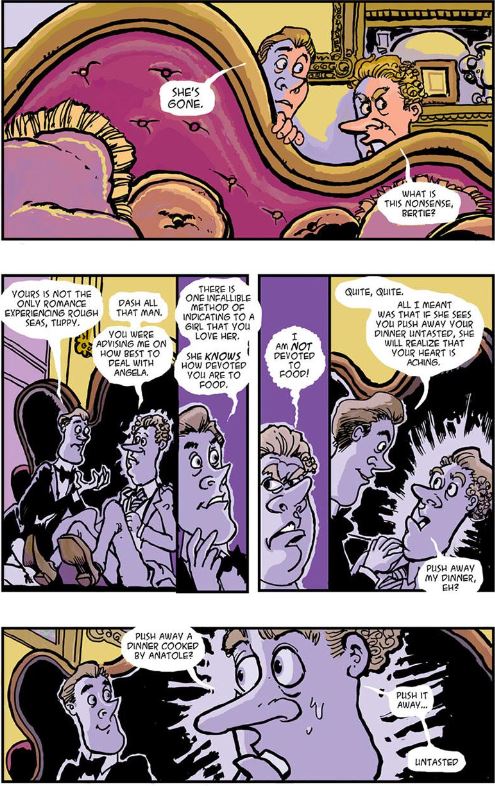 Overall, I found this issue to be more fun than the first. Having the stage already set, this was fast paced situation comedy at its best, every couple of pages leading to a new scenario and new amusement. Dixon has done a great job in investing us in these characters to a point where we care about their day-to-day lives, and the comedy aspects are in the slice of life of these out of touch aristocrats from the period. It all gels together very nicely, and the over-the-top situations are only amplified by Kwapisz’s cartoony art.

I’ve come at this as someone who’s never read Wodehouse, so I’m looking at it purely from whether this is an amusing comic, and from that vantage, Right Ho, Jeeves #2 is a complete success. Whether it’s a faithful adaptation, others will have to answer. It makes me curious to read the source material, because the fun scenarios and character work are excellent.