Bounding Into Comics is at WonderCon! While most of the attention is placed on San Diego Comic Con, WonderCon has slowly been building into one of the best conventions out there. Thankfully, Hollywood has started to take notice. More and more entertainment studios and publishers are helping it to become a contender for Southern California’s convention attention. Expect DC to have some great things saved for SDCC, but they are bringing their A-game to WonderCon. DC gathered together some of the best talents in the business to discuss their contributions and opinions about Clark Kent, the mild-mannered reporter otherwise known as Superman!

The greatest superhero of all time is turning 80! Superman is one of the most important fictional characters of the 20th century, if not the most important. He is the foundation for an entire genre and an entire art medium. Not to mention, an entire company was built around Detective Comics buying the rights to the character.

Think about something. There is only one super-powered crime-stopper in comic books older than Superman: Doctor Occult. Who was also created by Jerry Siegel and Joe Shuster.

So it makes sense for some of the best talents in comics to celebrate their most triumphant achievement’s 80th birthday. The panel included six of the biggest names in comics, many of whom have contributed greatly to both DC and comics in general. The moderator was Paul Manfort and the panel featured Jim Lee, Alex Sinclair, Norm Rapmund, Dan Jurgens, Marv Wolfman, and Jason Fabok.

Together, the group spent time exploring the past, present, and future of Superman. While they did get to the roots of what makes the character so special, the discussion started out fairly lighthearted.

The Red Trunks are back! 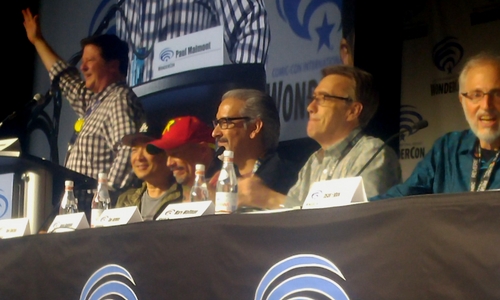 While the panel didn’t have much in the way of announcements, a lot of time was spent preparing the world for the return of the Red Trunks! Brian Michael Bendis becomes the new Action Comics writer after issue #1000. So, it was time for a change or two.

Jim Lee: I’m not Trunkiest. I know when we decided to take them off for The New 52 they would come back..Having them come back with Brian seemed like an appropriate time to do it.

But apparently the trunks aren’t the only thing coming back. According to Alex Sinclair, one of the best colorists of all time, there’s something else too.

Alex Sinclair: I love the pages Jim is doing. There’s a lot of energy to them. It’s really cool to see that energy coming back to Superman again.

Apparently, Action Comics #1000 and Brian Michael Bendis’ run are going to be a big deal. But don’t forget current Action Comics writer Dan Jurgens! He’s also contributing to the issue with his longtime collaborator, Norm Rapmund. Apparently, it came as quite a shock.

Norm Rapmund: I didn’t think I was going to get to work on it! I wrote it off. Then Dan [Jurgens] called me and asked, ‘what’re you doing?’ and I said ‘just laying around.’ – *Laughs* – Then I finally got the pages. I got excited. I called my parents!

It’s endearing to hear such a successful artist still get excited about getting to work on a Superman comic. Even if it is Action Comics #1000. Even though Superman is the reason everyone was there, it took a village to put him together. The panel spent a lot of time talking about who was their biggest artistic influence when it comes to Superman.

What makes a Superman? 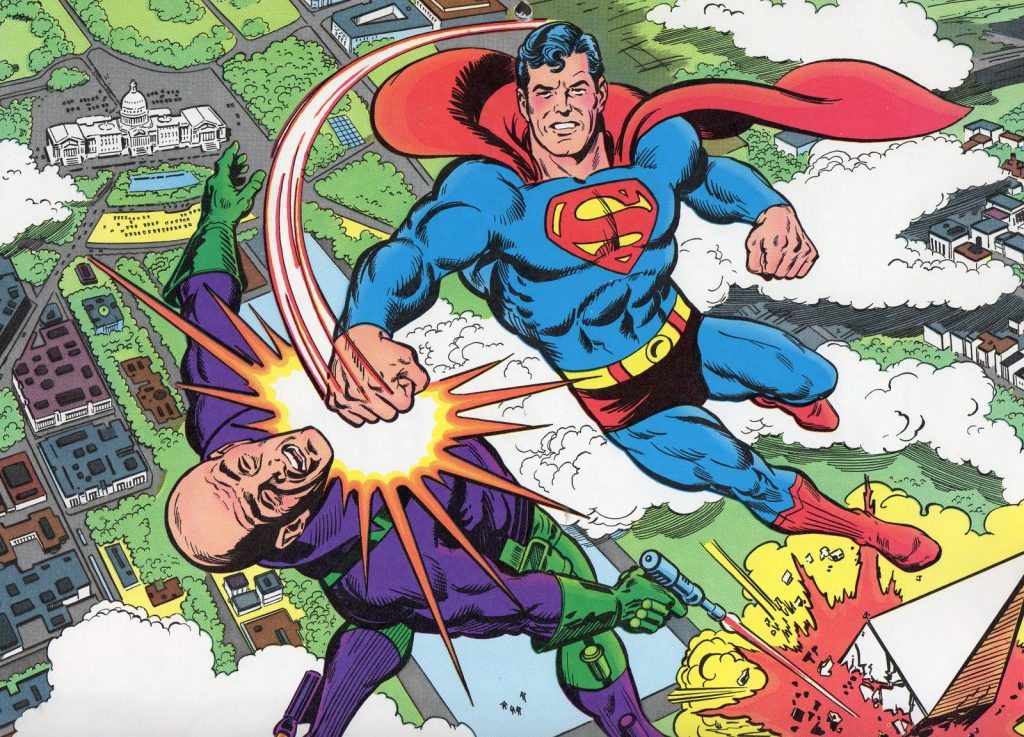 When it came to who drew the most defining Superman, the answer was clear: Curt Swan. The panel almost unanimously said that Swan was each other their first introductions to Superman. Swan really is one of the most defining artists of the character. More than anything else, the facial expressions he created gave a new level of expression to Big Blue.

Jim Lee did mention Neal Adams and the “emotion he brought into the figure work.” Norm Rapmund said “John Byrne was my Superman at DC Comics.” But By far, Curt Swan was the most influential artist to everyone in the room. According to Alex Sinclair, “his art is DC Comics.”

Dan Jurgens is also rather influential. In case you didn’t know, he wrote The Death of Superman and created Doomsday. He’s kind of a big deal. The writer had some unsurprisingly profound things to say about the Man of Steel.

Dan Jurgens: The best approach is to get in touch with the human aspect of who he is, the Clark Kent if you will. If you make that character the theme, that’s what separates him from any other superhero. The conditions, adversaries or settings change but it’s still Superman. And how he makes it work in the context of the story. Clark Kent still works because Clark is human.

That quote adds a ton of context to just how much of a Jurgens’ Superman books are spent with Clark Kent and Lois Lane. Jurgens clearly loves Clark as much as Superman. But there’s a character that took a while for one panelist to get into. A character who is also celebrating their 80th birthday.

Marv Wolfman had some surprising things to say about the famous reporter, who is just as old as her beau. At first, Wolfman wasn’t a fan of the character.

And he’s absolutely right. There was nothing wrong with a strong, independent female reporter. There was a problem that she completely ignored Clark Kent for want of the guy who shows his muscles all the time. It’s an absolutely superficial perspective for Lois to have, when analyzed that way. She’s unaware of his personality, his intelligence, of who Superman actually is. Choosing to ignore the literal Superman she had working next to her. Everyone can relate to being on the sad side of that story. Luckily DC Comics and Lois Lane learned. Now, the best couple in comics are doing just fine.

Moderator Paul Manfort concluded by asking the panel a simple question, “What will Superman look like 80 years from now?”

The question seemed difficult at first. Jason Fabok joked about losing the red trunks again. Everyone else seemed unsure. This is a character that has helped to define every one of the careers on that stage. More than that, these artists have definitely created some of DC’s most popular characters.

But this is Superman. The first real superhero.

His presence is tangible in almost everything DC does. Like Batman, he is synonymous with the company. A comic strip that would help to define an entire art medium. Comic books and pop culture would not be the same without Superman and Clark Kent. Despite the evolution of comic books and art styles Superman hasn’t changed all that much. With the return of the red trunks, he doesn’t look that different from the cover of Action Comics #1. And so, what will Superman look like in 80 years? Marv Wolfman had the best answer that every other panelist agreed with.

Except, maybe, the red trunks.