The Dark God Barbatos and his army of Dark Knights, which are Dark Multiverse variations of Batman combined with a member of the Justice League, are on the cusp of victory. They are about to bring Darkness to the entire DC Multiverse.

With Batman rescued he sets out to put a stop to Barbatos’ sinister plans by confronting his number one lieutenant, the Batman Who Laughs. The Batman Who Laughs is Bruce Wayne who has taken on a very similar personality to the Joker. Instead of beginning a war on crime after seeing his parents murdered in Crime Alley, The Batman Who Laughs learned that Batman “should be the perfect survivor. The Apex Predator.”

With such a powerful foe in Barbatos’ corner and a Bruce Wayne who can predict Batman’s every move, Batman had to throw a wild card into the ring in order to gain the upper hand. He did what many might believe to be unthinkable. He teamed up with Joker in order to defeat the Batman Who Laughs. 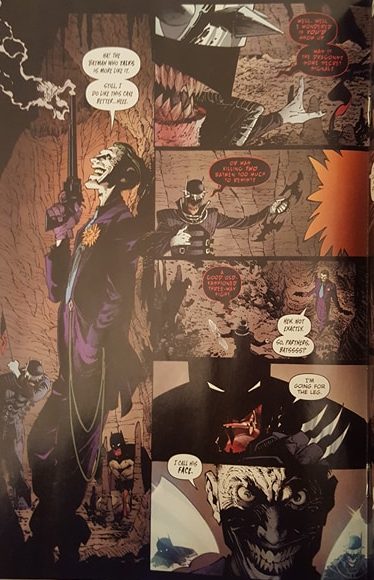 The Joker explains why he was needed to defeat The Batman Who Laughs. “The Joke is…for the first time since your “transformation,” I’m guessing you don’t actually know what’s coming next.” 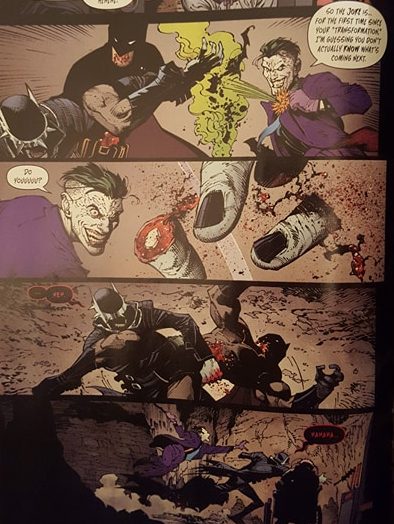 The Joker is a wild card. He’s unpredictable and a move The Batman Who Laughs could not predict even Bruce Wayne making. As it stands now, the move seems to be another brilliant plan by Batman as the Joker is able to stand toe to toe against The Batman Who Laughs and even subdue him until Batman can rejoin the Justice League and continue the fight against Barbatos and save the DC Multiverse.