A lot of the internet has talked about this movie being the culmination of 10 years of the Marvel Cinematic Universe. With input from several directors of the solo titles prior to this film, it’s almost a daunting task to tackle the sheer weight of stakes at play for a movie of this scale.

And they weren’t kidding.

Marvel is banking on the audience having a rich history with either two or more of these characters. There’s references to Thor: The Dark World, easily the least favorable of the Marvel Cinematic Universe films, as well as more recent hits like Thor: Ragnarok and Black Panther. If you haven’t seen these films, some of the lines might go over your head. But the guys over at Marvel believe their machine is so well-oiled, that they are gambling that most, if not all, the audience can catch some of the references in this film.

If you haven’t seen as many of the films as some of the more vetted nerds among the crowd, it doesn’t take away from the cinematic experience in any way. It doesn’t take a lot to understand that the stakes are high for every character in the film. However, it does help going in to at least have seen a movie or two prior. 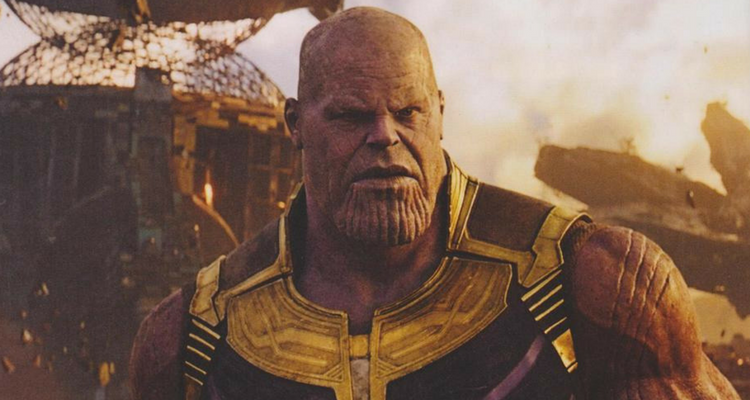 At the very beginning of the movie, we are already seeing bodies drop. It’s not so much a spoiler as we’ve already seen the trailers of bodies lying on the ground and someone stepping over them. There are a number of scenes in the trailers that never happen, and serve as connective tissues to other scenes that actually happen.

But we get action, and lots of it. We have characters bouncing off each other’s abilities. The heroes do amazing things that we’ve never seen prior. We get to see the new Spider-Man suit in action. We see Iron Man’s new armor in action. The list goes on and it could get exhaustive, but it’s all there. There are action sequences that cause the audience to jump out of their chairs and cheer. Then there are other scenes that cause us to tremble nervously on the edge of our seats. When we think we have a moment’s rest from it, it is only a fleeting moment, as in no time at all we are back in it again.

We saw in many of the trailers and TV spots that there are real stakes at hand. So, we expect stakes. And we get them. There are certainly more bodies dropping throughout the film (not really spoilers either), enough to cause the audience to gasp audibly. Whatever points of respite we have from the action, we have dialogue that serves only tidbits into the character journeys up to this point. There are a few bumps along the way that would’ve probably been better off not in the film. For whatever momentary pauses we get in action, we get it in what feels like only a second later. If you feel like the movie needs to pick up at any point, just wait 15 seconds. 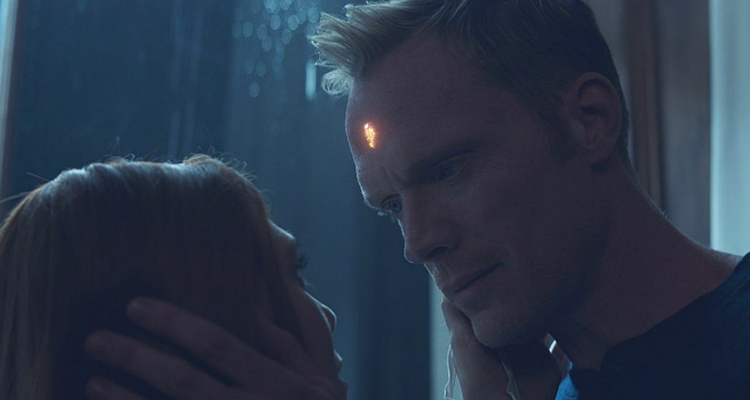 Remember all the tension of relationships in any of the solo films featuring some of these heroes? Well, here you get to see some of that finally addressed. However, some characters were pushed to the background, which I believed weakened their impact in the movie. There were a few who had some really exciting moments of action, some humor, some for support.

It’s quite a feat for the Russo brothers and the writing team to address the bulk of these characters properly. The Guardians team dynamic is split at some point, and we only get a hint of how they work together in the beginning. We get glimpses into some of Tony’s relationships and how well Captain America has been working together with his team since Civil War.

But the real reason for these big team-up films is to discover new dynamics in character interaction. How would the hubris of Tony Stark and Doctor Strange work together? How about the child-like mannerisms of Star Lord and Spider-Man? Does Thor mesh with the Guardians of the Galaxy or is it more friction? We had this primarily with the first Avengers film, having so many solo films preceding and now watching these characters together taking on a problem. Working together, and working through their own shortcomings of character and abilities to achieve a single goal. 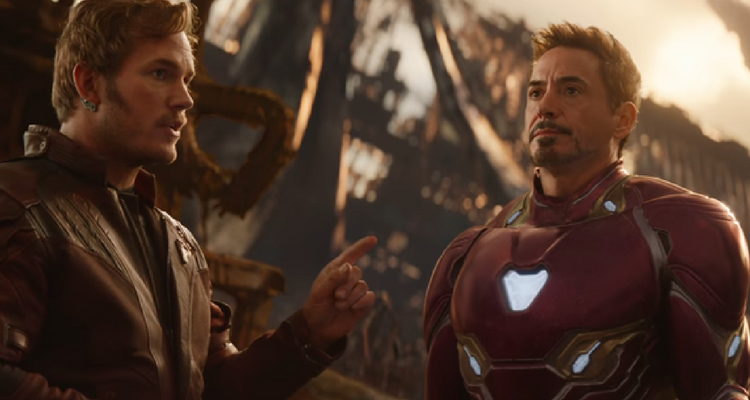 Avengers: Infinity War presents itself as a movie with a lot of stakes. However, it manages to get some jabs in with some jokes. There are a lot of criticisms about the jesting, seeing the stakes so high. I’ll have to say that I managed to laugh during some scenes. Even when just a second earlier I was watching more bodies drop. Having said that, there are some points in the film that I felt it was a bit too much and kind of took me out of the movie.

There are problems with how certain characters are adapted to this screenplay. For some characters, some of their more lighthearted traits are given preference in the script. The audience forgets that there is any darker dynamics to the characters. It’s sort of an injustice to the character built up and established two or three movies prior. Yet for other characters, they are portrayed as both witty/fun while being grounded and somber. And this perfectly fits in with their character established in their solo films. Putting all of that aside, the stakes at a certain point become alarmingly real and the imminent peril almost leaves the audience speechless.

There is an underlying darkness in the film that serves as pathos to several characters toward the end. Eventually that darkness reveals itself, and all jokes are gone, all laughter stops, and the theater is left in silence. It’s an amazingly bold move for a Disney film to pull off something like this for a tent pole film. I’m sure they wouldn’t have been able to do it without the promise of a follow-up film just around the corner. 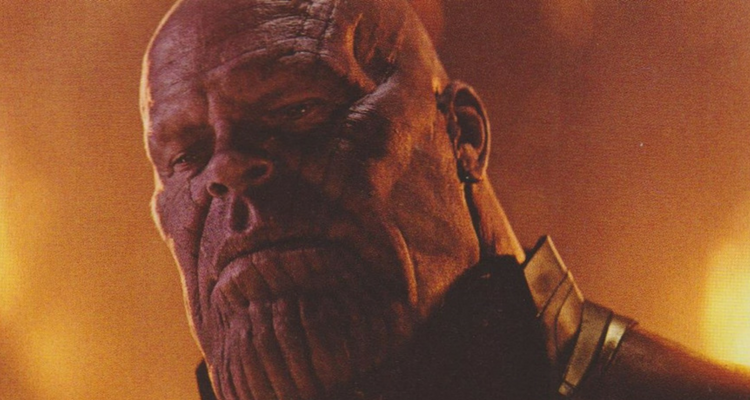 I talk about Marvel banking on the audience being already familiar with most, if not all the characters on screen because they actually don’t get a lot of screen time. Most of their stories are covered in their solo movies. This leaves their time on screen to small bits of dialogue and riveting action scenes. This is very much a Thanos-centric film. The Russo brothers almost a year ago talked about Avengers: Infinity War being a sort of heist film. And they weren’t joking.

Hands down, Thanos takes the title for best Marvel Cinematic Universe (MCU) villain. The audience understands that there is a purpose behind what he does in collecting the stones. And they understand why he does what he does to obtain them. He truly believes he is right in his cause, and it makes him a structured villain. It’s less sympathetic than maybe Kilmonger or Vulture in Black Panther and Spider-Man: Homecoming respectively. But as an audience member, we see there is a logic to his plan and understand why he feels so strongly in attempting to achieve it.

In terms of his character model, big ups to the visual effects team working the motion capture for Josh Brolin. He is as real-looking as a purple menace to the universe can be. The list is long when scrolling through the credits. Seeing the number of visual artists, graphic artists, teams of motion capture artists and support teams on this film can be overwhelming. A job well done for the most part in getting Thanos right. There are a few other parts in the film where it looks like there were some unfinished motion capture/lighting issues. I’m sure any savvy eye will be able to spot them because they stick out like a sore thumb.

When we talk about action, almost every scene where Thanos is present is an action sequence. Given that it is his movie, he is the cog that gets all the parts moving. If there are any complaints about the action he presents, it is during one sequence where it doesn’t seem like the stakes for him are realistic enough. Or it didn’t seem realistic enough for the other persons involved in the scene. In any case, despite one scene, Brolin sells the motivations of Thanos and movements he makes to obtain the Infinity Stones.

Brolin’s line delivery is straight to the point. The only sense of lightheartedness we get from Thanos is a few short moments in a couple of scenes. But that’s about it. But in every scene with the Mad Titan, his dialogue is directly to intimidate and ultimately to get what he wants.

When we talk about his interaction/relationships, it’s a different story that might get into spoiler territory. Let’s just say that with this being his story, the audience learns about his past, his motivations, his hopes and dreams. Not to mention the sacrifices he is willing to make. We get that he respects the heroes for what they are doing. Just as much as he hopes that they at least understand his reasoning. 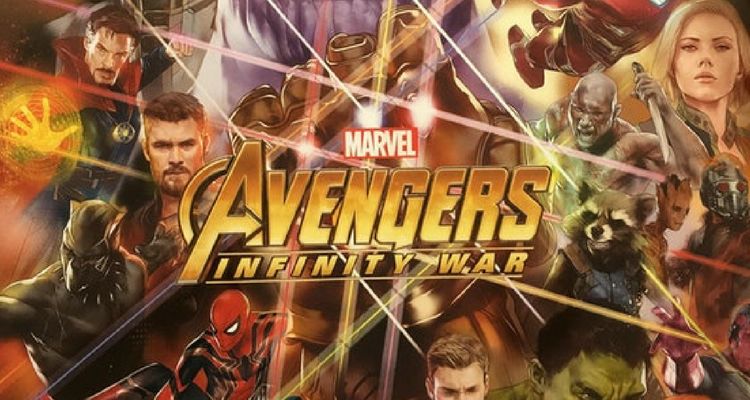 The Russo brothers have given us some great films in both Captain America: Winter Soldier and Captain America: Civil War. Both those films rank as critical successes. Yet, I believe we had too many cooks in the kitchen. Taika Waititi, James Gunn, Ryan Coogler and the other MCU directors did well to advise the brothers on how to handle such a huge cast. However, some of the characters felt a little shortchanged when it came down to their screen time. If you are viewing this movie with no knowledge of the previous films, you might feel lost with some of the dialogue. My guess is that Marvel was confident that most, if not all their audience would have had some passing familiarity with the characters on screen already, and 20 films prior would have caught them up to speed.

Yet, when it all comes down to it, Avengers: Infinity War is Thanos’ movie. All the character development is his and his alone. He gets a lot of screen time, and certainly he earns it through Josh Brolin’s motion capture performance. In recent times, Marvel has been getting better at portraying believable villains. This compared to their earlier days of the one-off evil guys doing bad things because bad reasons. It shows that we need good writing for heroes, and we need good writing for villains. Avengers: Infinity War does just that for Thanos, and here’s to hoping the second installment does more!