“Instead of embracing the Super…He embraces the Man.”

While very few people have been looking, Superman has been having a renaissance. It started a couple of years ago with Rebirth. Dan Jurgens, Patrick Gleason, and Peter Tomasi each breathed new life into the character. Those series helped define the character for a new age. While he may be floundering on film, he’s doing just fine in the comics. Brian Michael Bendis is now becoming the new de facto Superman writer at DC. Out with the old and in the with new. But the old still has so much to say. Dan Jurgens has been giving life to Superman for decades. So he, Mark Russell, and Max Landis have joined forces to give the readers Action Comics Special #1.

Though Landis’ story was meant for another issue, each feels appropriate. The on-the-nose nature of the White House Correspondent’s Dinner works and it doesn’t work. A proper jibe at a unique political structure in a timely manner, but the jokes don’t quite land as much as possible. The issue is a fan collection of Superman tales. However, it treats one character a little unfairly. DC readers might not be ready for Lex Luthor to return to the life of pure villainy. Thanks to excellent writing and an incredible arc, he’s become an interesting hero to watch. So much so he’s in Justice League: No Justice.

So for Action Comics Special #1 to treat Lex like the old foe feels a little off. He’s earned his trust. But this is about Superman. The star of the show is as mild-mannered as ever. The future is bright for this Man of Tomorrow.

“Someone smart enough to figure out who we are.”

Superman’s identity is always a topic of discussion. Unfortunately, only one enemy needs to know it to cause immense trouble for the superhero. It can get a little tired, having the same threats dangled in front of Clark and his family. However, it’s still an exciting story to read. It just happens to do so by hurting the current legacy of Lex Luthor. Luthor’s been winning fans over for a few years now, and for Superman to treat him so poorly for reasons that aren’t his fault is still so…antiquated. It’s time to move on. 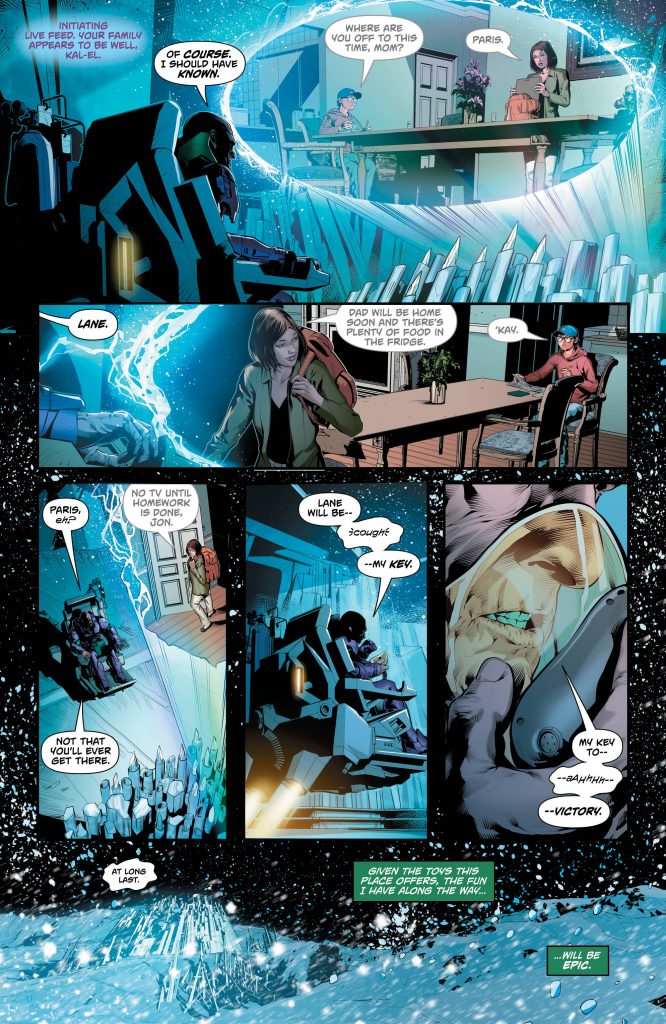 Suprema Est Lex is a little more timely and modern. Taking place at the White House Correspondent’s Dinner. Some of the comedy works and some of it doesn’t, just like any string of jokes. The political nature adds some teeth, but it continues the issue’s odd mistreatment of Lex. Hopefully, the promise at the end of the story is enough to satisfy the not-so-evil genius.

Driver’s Seat by Max Landis is a short, but delightful cap to the issue. A smart and funny way to make readers smile while giving them a glimpse into the lives of Clark and Lois. While it doesn’t connect to the other stories, or have any major implications for the DC Universe at-large, it’s just a fun little look into one of comic’s greatest couples.

“What gives you the right to judge? Who the hell do you think you are?”

Like DC Nation #0, each of these stories has a distinctly different artist. Will Conrad illustrates Dan Jurgen’s first story. It’s an intense look at the action that has made Action Comics such a great comic. Some of the shading can look a little off, but everything else is refined and consistent. Superman in particular looks as classic and well-defined as ever. The colors by Will Quintana are also a highlight of this story, making every page even more eye-catching. 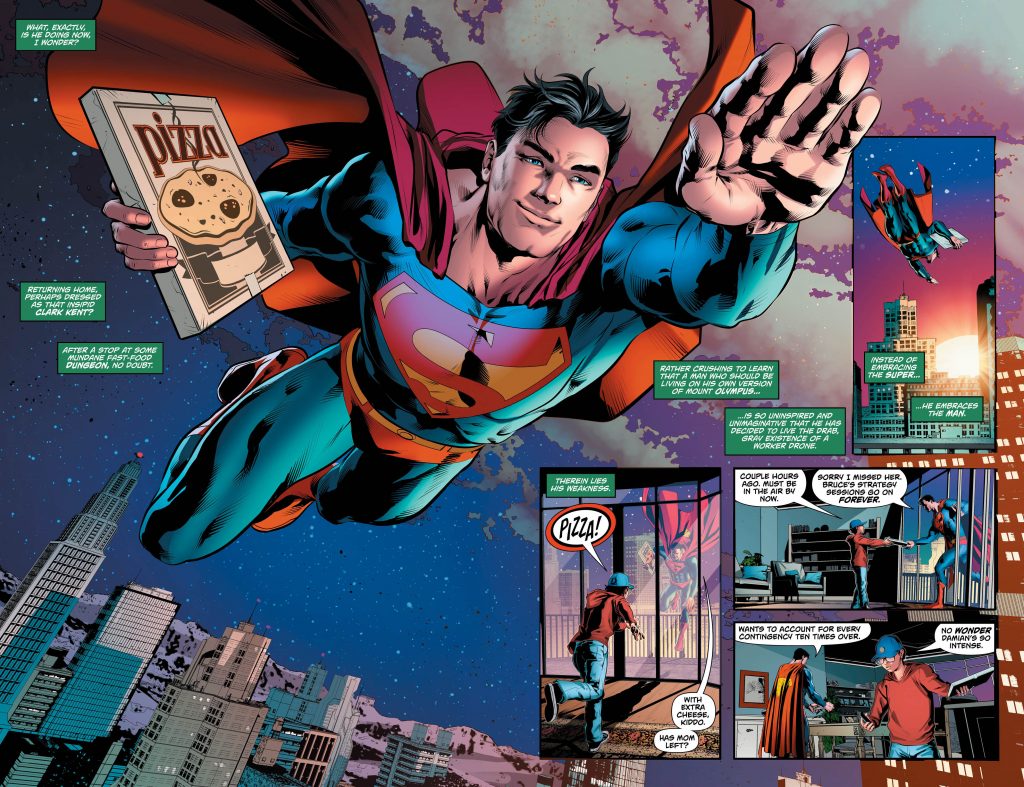 Jill Thompson tackles the White House Dinner with writer Mark Russell. Her lines are a little more soft, the humor a little more apparent. It’s a classic look that fits the story, but is a little jarring when transitioning between the stories.

Of course, the best art of the issue belongs to that of Francis Manapul. As one of the best working artists, the best DC artists, however you want to put it, every page of his work is masterful. A gorgeous panoply of color and iconic imagery. He gives the perfectly quiet and quaint story a loving touch. A beautiful mix of soft blues and cloudy panels. His art is worth the price of admission alone.

Action Comics Special #1 doesn’t have as much cohesiveness as DC Nation #0, despite every story starring the same character. But that doesn’t really matter. What matters is that Action Comics is an exciting set of stories starring the greatest supherhero there is. In that, it mostly succeeds. Building Lex Luthor up to be a villain once more may be a double-edged sword. He’s been working hard to change his reputation and it shows. However, it already looks like he won’t be changing back to his old self anytime soon.

While Lex gets put through the ringer, Lois and Clark get a few lovely moments together. Their relationship is one of the single greatest aspects of Rebirth, thanks in part to the work of Dan Jurgens. Lois is just as important to the pages of Action Comics Special #1 as her husband. Unfortunately, her political humor can get in the way of some of the fun. The commentary doesn’t fall on deaf ears, just the comedy.

There may not be much action to be found in the story outside of The Last Will and Testament of Lex Luthor, but that doesn’t matter. Superman has been through plenty of fights. Readers are just as excited to see him soaring through new skies and living the life he deserves. So long as a little action finds it’s way into the issue. Action Comics Special #1 may not give readers perfect stories, but it delivers perfect Superman.