I’m in a love/hate relationship with Marvel Comics’ Infinity Countdown series. There have been some pretty awful moments. For instance, in the last book they featured a whole battlefield pregnancy and birth scene. It was just odd and felt completely out of place for the story.

But the moment that stood out by far was when Drax takes control of the Power Stone. It’s a scene that could be in Marvel Studios’ Guardians of the Galaxy films. It’s pure ridiculousness, but it’s also a lot of awesome fun.

To provide some context, the Power Stone is currently enormous. It’s the size of a mountain and there’s a giant battle raging around that involves the Raptors, the Nova Corps, the Guardians of the Galaxy, and Warbring, the Warlord of the Chitauri Empire. The Guardians and the Nova Corps are losing badly, Warbringer is gaining the upperhand and moving ever closer to claiming the Power Stone. However, Star-Lord figures out how to actually shrink the Power Stone – it’s all about mind over matter. He uses his mind to make the Power Stone more manageable. And then he gives it to Drax who completely turns the tide of battle. 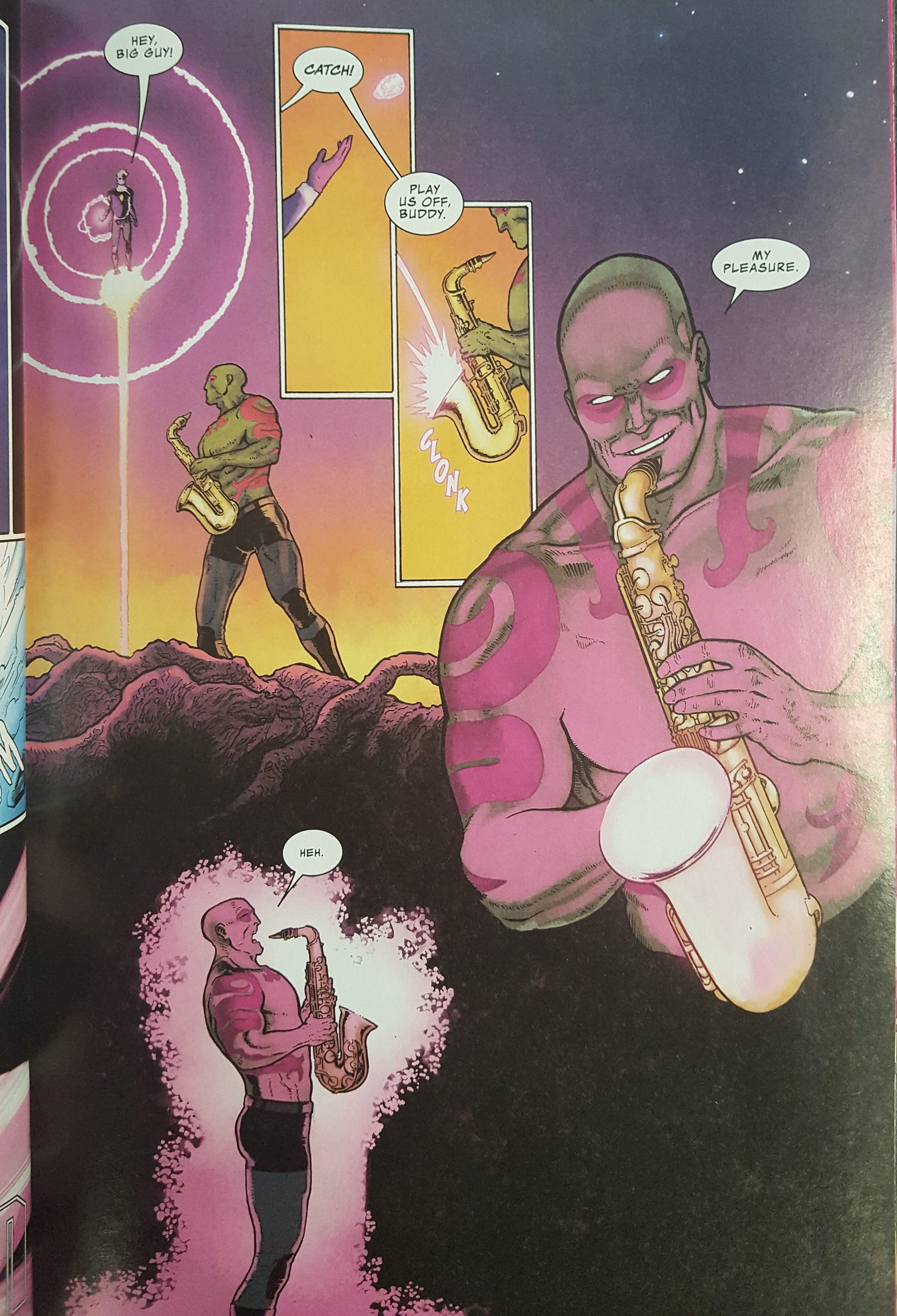 That’s right Drax channels his inner Ron Swanson when he busts out the saxophone to play what he thought would be the Guardians of the Galaxy’s swan song. Little did he know it would absolutely devastate the Chitauri’s forces and cause a massive explosion on the planet! 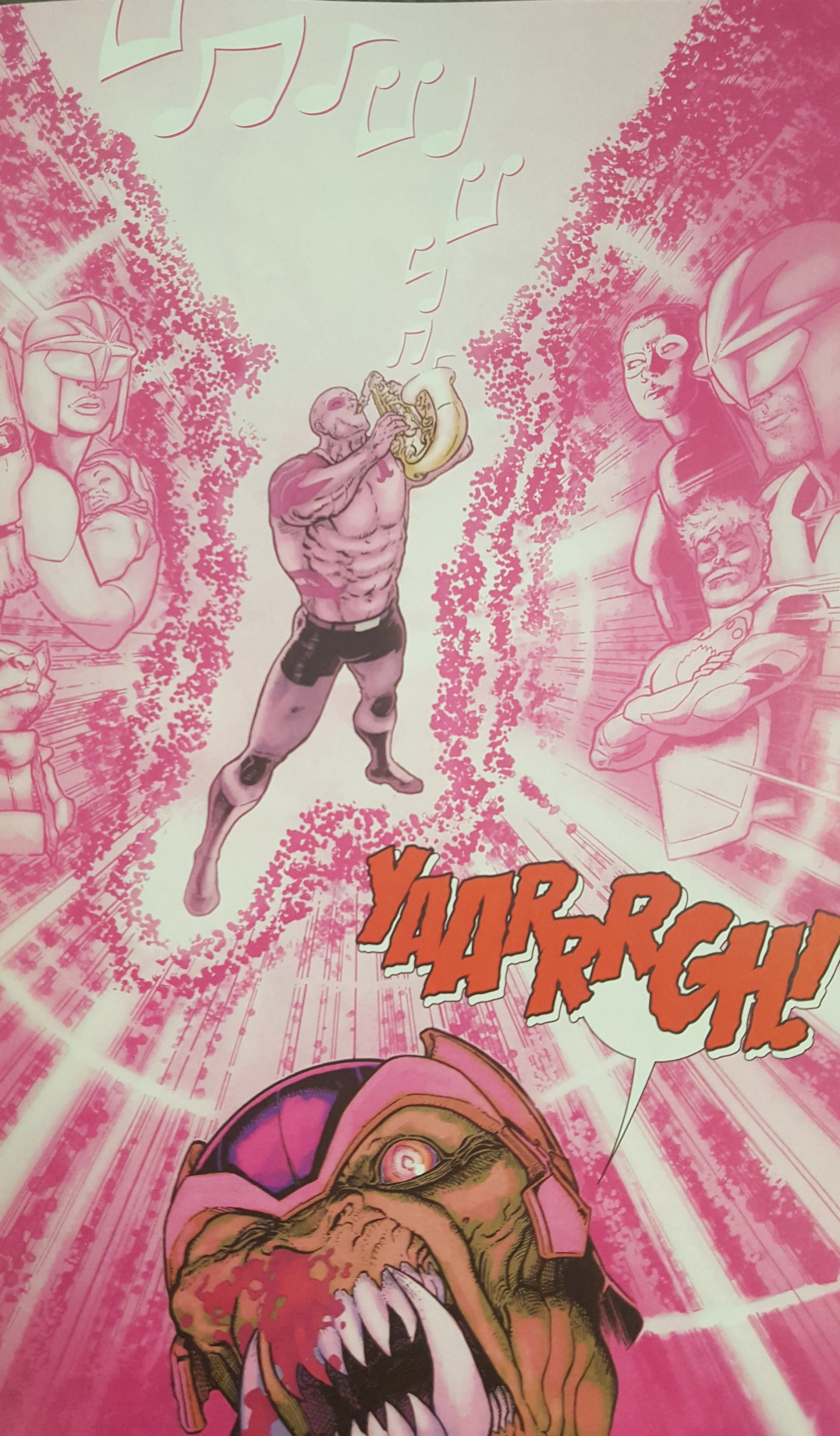 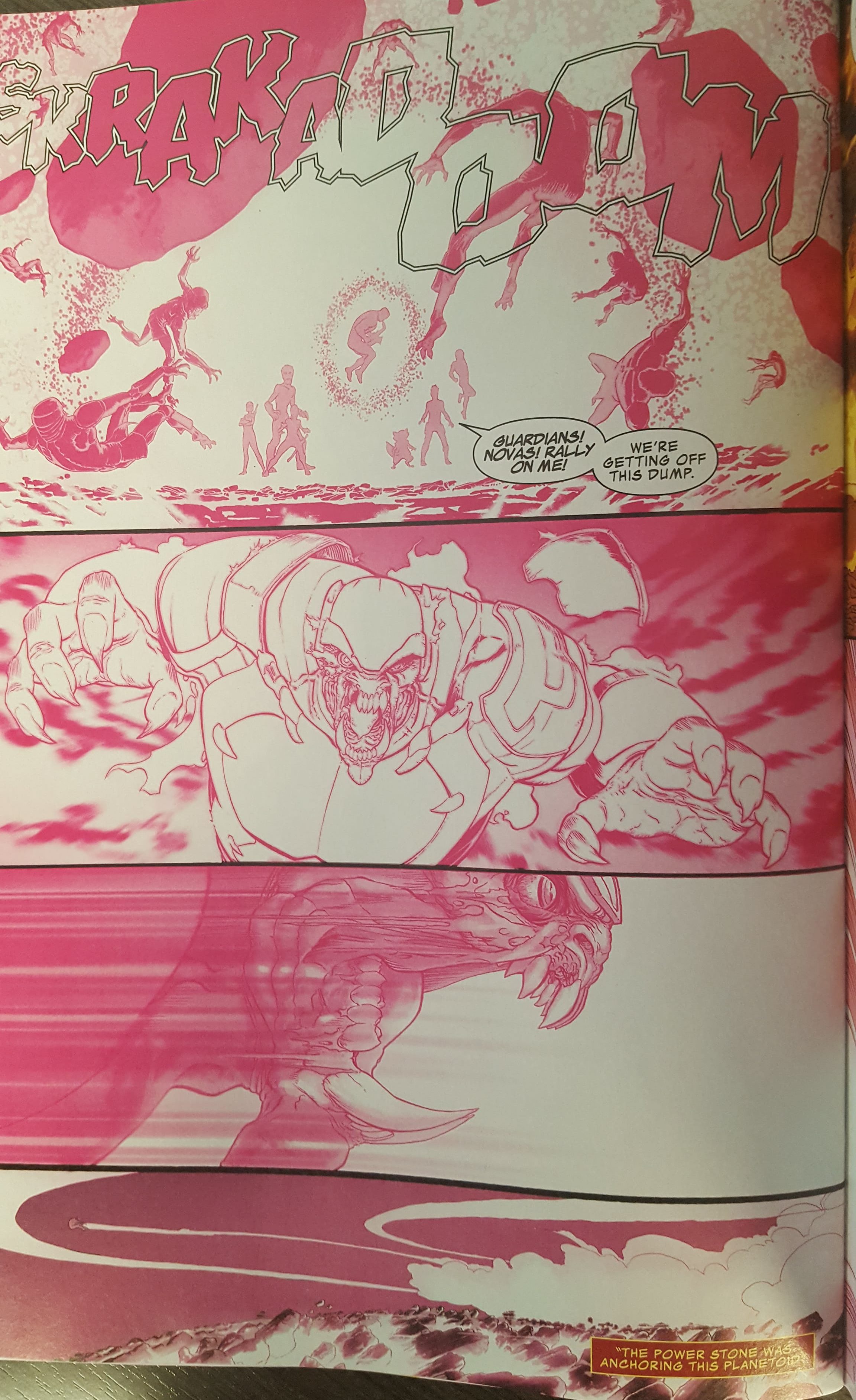 Talk about the power of music.