**Warning Spoilers for DC Nation #0 Below**

Writers Scott Snyder, James Tynion IV, Joshua Williamson, and artist Jorge Jimenez teamed up in DC Nation #0 to give us a sneak peek at their upcoming Justice League: No Justice series where the Justice League members will be expanding their membership to a number of known villains to fight off an encroaching cosmic threat that could doom them all. The cosmic threat are beings called the Omega Titans who have the power to absorb galaxies for energy.

The four teams have been deployed to Braniac’s home planet of Colu because the powerful cyborg arrived on Earth promising that the four Omega Titans would arrive on Colu to consume the planet. 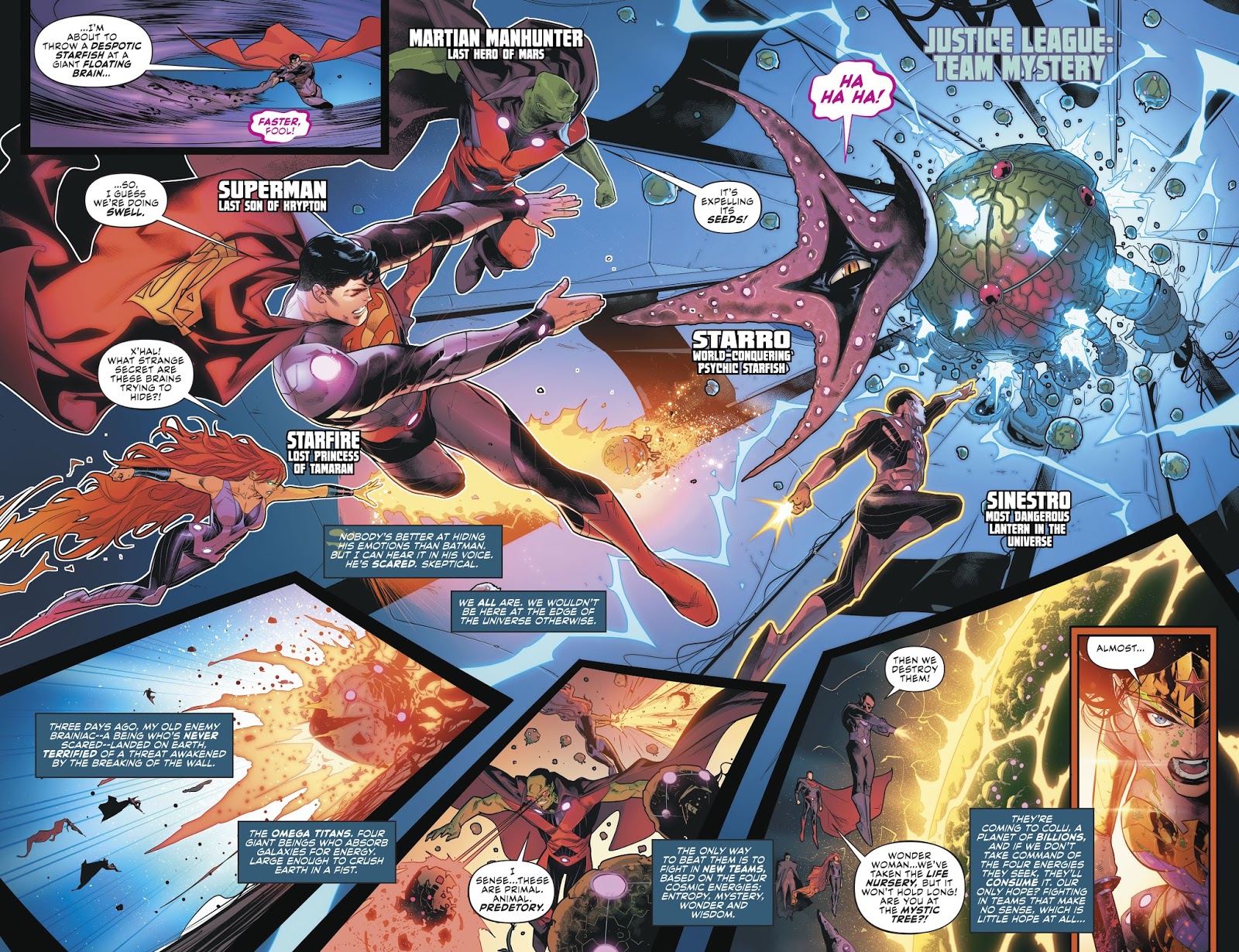 Wonder Woman clearly says, “Colu is first on the list of planets the Omega Titans are coming for.” Wonder Woman hopes, “If we can end them here, we stop them before they come for their second target…Earth.” 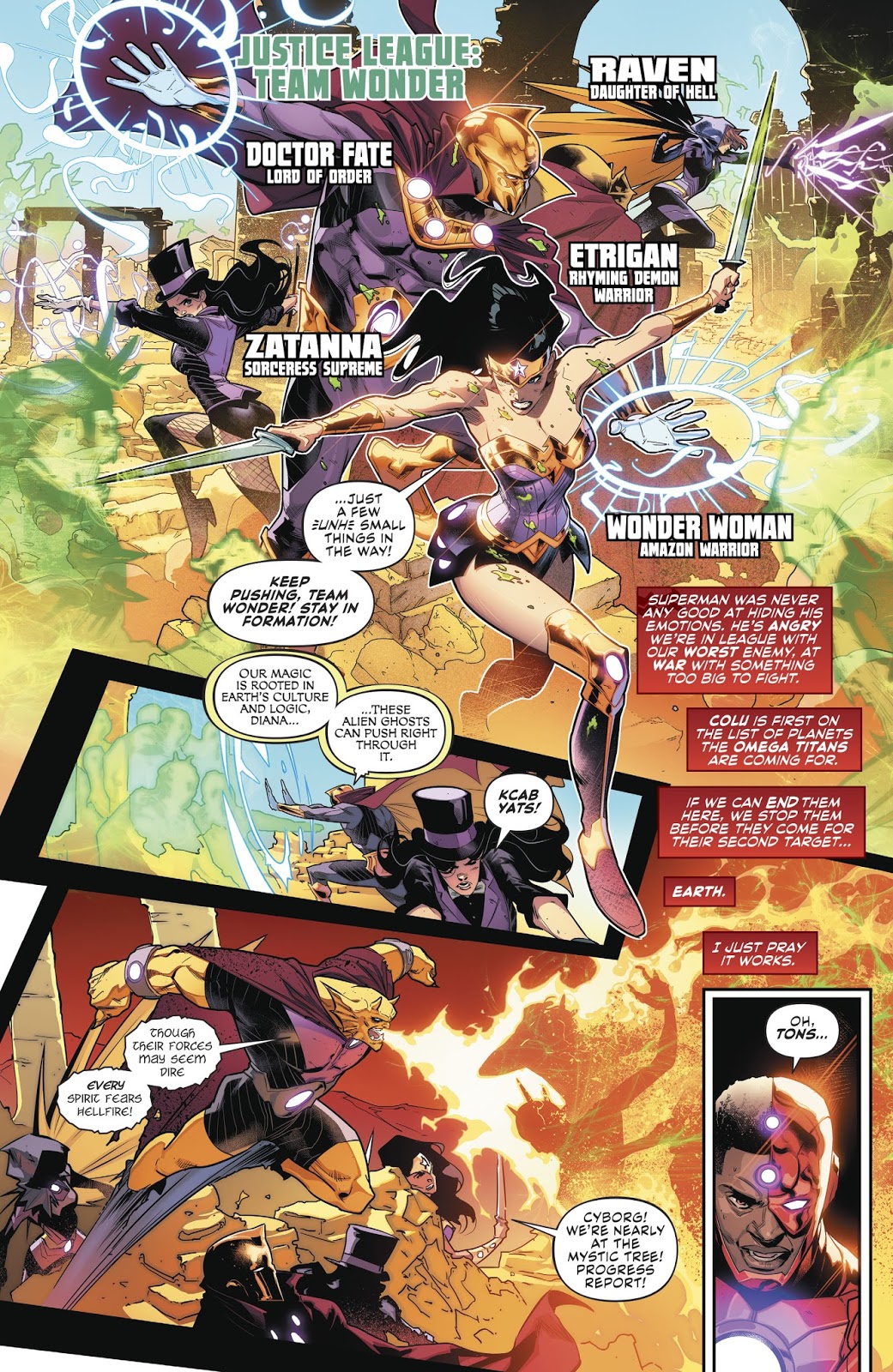 However, it either appears Braniac has deceived the Justice League and the Omega Titans are not actually coming to Colu or the League has made a grave error in judgment. It’s also possible the Omega Titans might have already visited Colu.

While the Justice League is off fighting on the planet Colu, the Omega Titans arrive to a pretty much undefended Earth. The most powerful heroes of the Justice League are off planet and Earth is left to be defended by the likes of Supergirl and Green Arrow. 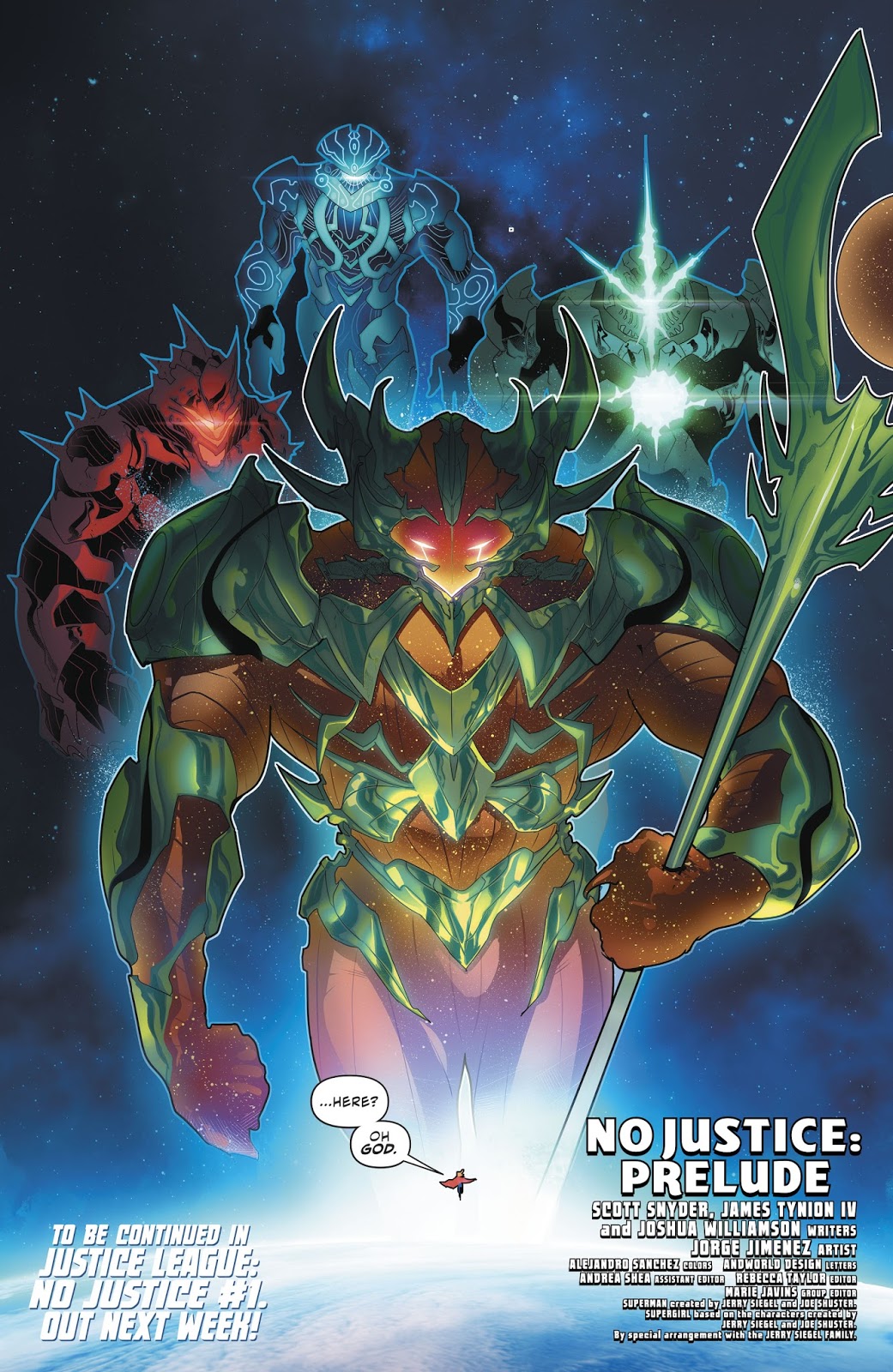 DC Nation #0 sets up massive stakes for the Justice League and Earth, will they be able to find a way to defeat these Omega Titans or will these new enemies shape a brand new DC Universe as they consume galaxy after galaxy?