**Warning Spoilers for Justice League: No Justice #1 Below**

Writers Scott Snyder, James Tynion IV, Joshua Williamson, artist Francis Manapul, and colorist Hi-Fi have set the stakes high for the Justice League. After the events of Dark Nights: Metal, The Source Wall has been breached and four beings known as the Omega Titans have awoken in the DC Universe proper.

Brainiac explains just exactly who these Omega Titans are.

“A myth of four brothers, impossibly powerful cosmic gods, each embodying one of the fundamental energies of sentient life. They were called the Omega Titans. Entropy. Wisdom. Wonder. And Mystery. Each believed their core energy to be the dominant power of intelligent life. To prove themselves right, they planted seeds of cosmic energy in world after world. At the end of the universe, the story said that they would return to the civilizations that grew over the eons, weigh which energy was supreme…and the winning brother would re-absorb that world. The dying universe is a garden to be eaten by its overseers.” 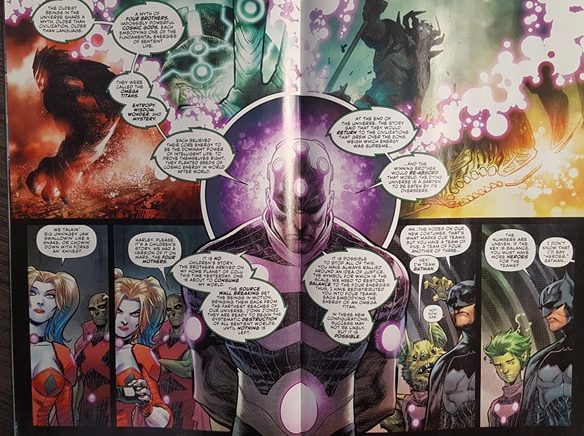 In order to stop the Omega Titans, Brainiac heads to Earth to recruit not only the Justice League, but a number of Earth’s most powerful villains as well. But while on Earth Amanda Waller initiates protocol XI that allows Waller and the United States government to map Brainiac’s brain and data mine. 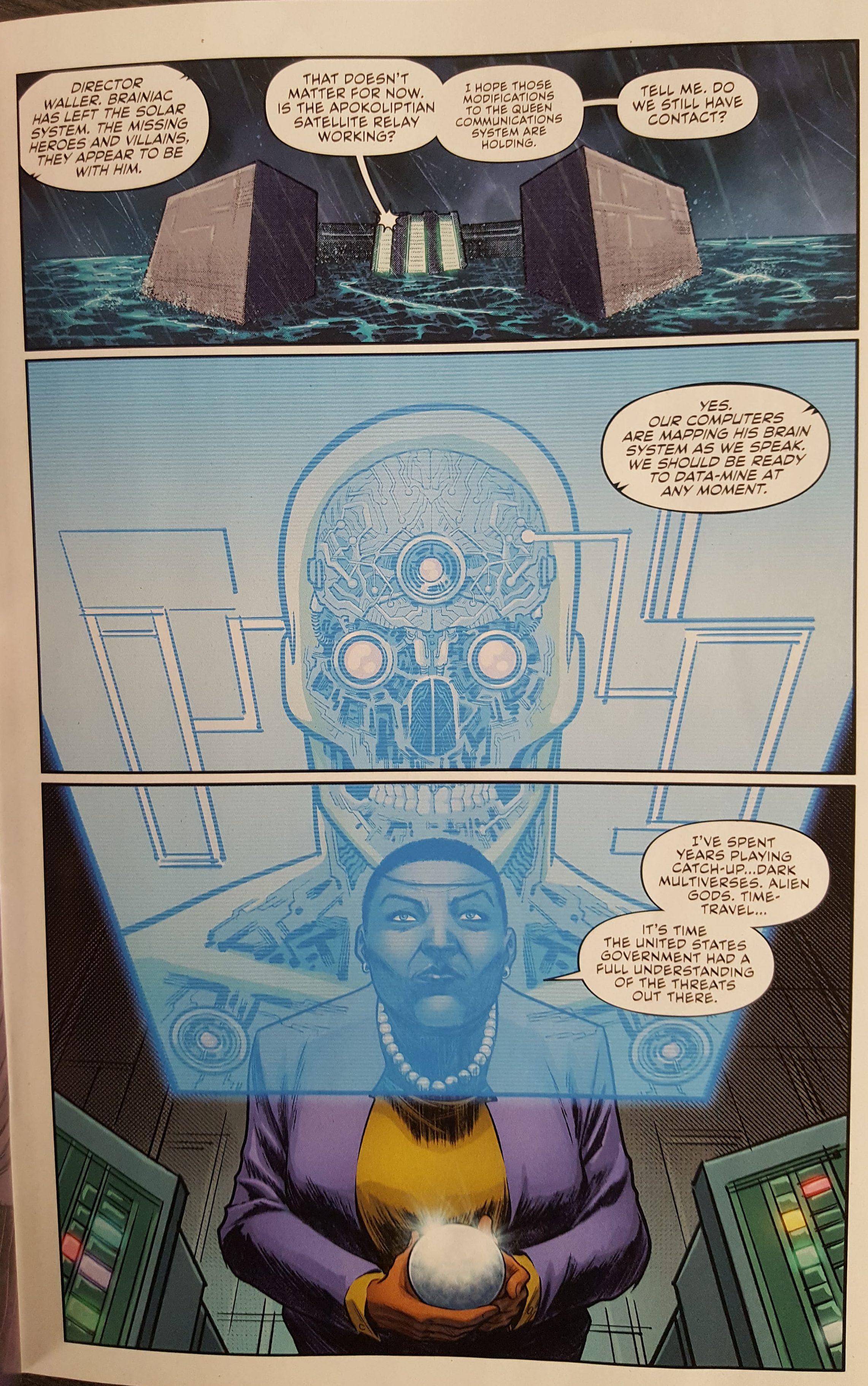 Obviously, this is no simple feat. In order to do perform this task, Waller has kidnapped the most powerful psychics in the world including Maxwell Lord, Jemm, and others. 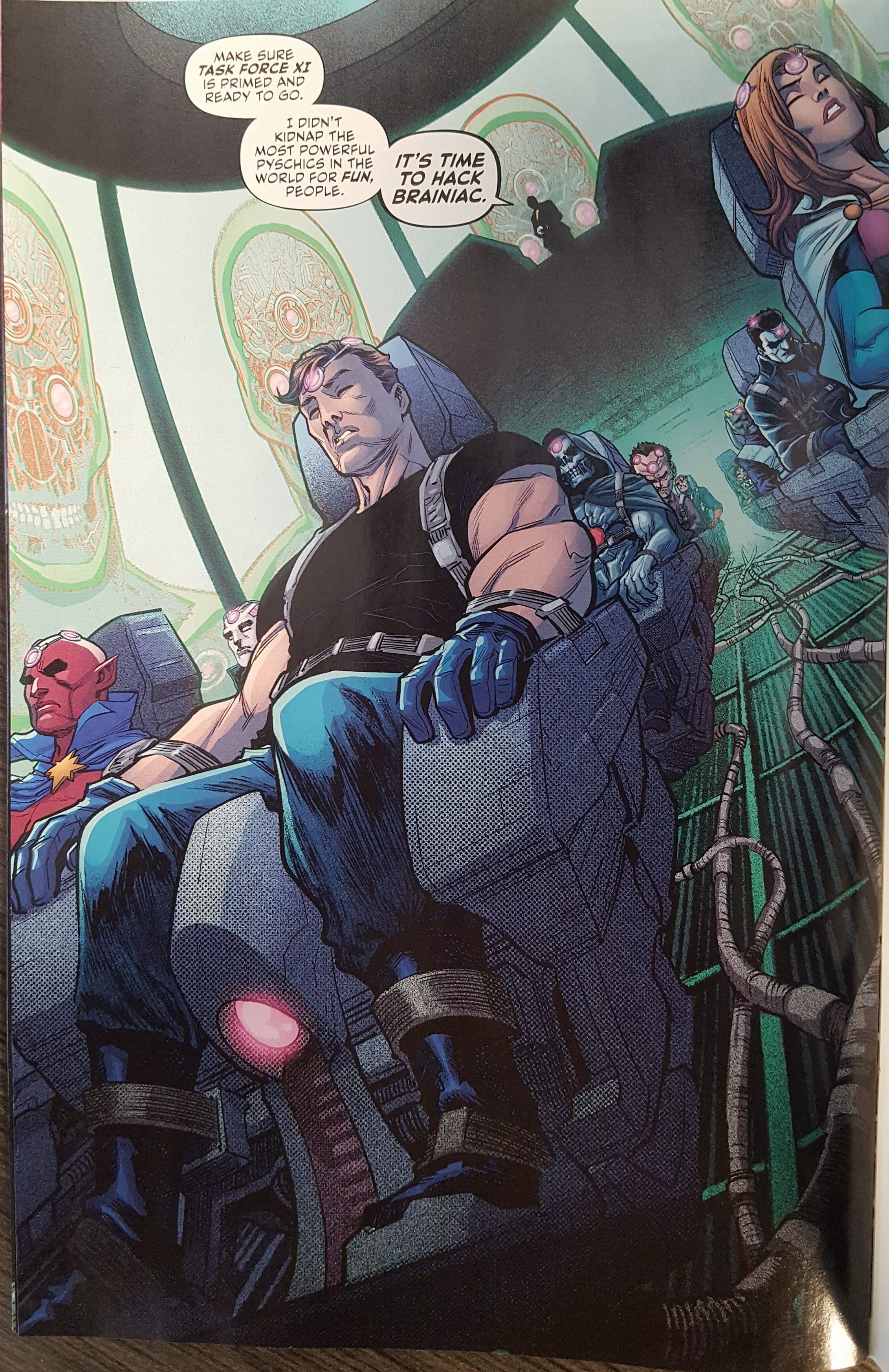 However, Waller’s plan to hack Brainiac puts the Earth and the entire DC Universe in jeopardy. Brainiac is just about to explain to the Justice League how they can beat the Omega Titans when she gives the go ahead to perform the extraction on Brainiac’s mind. Brainiac attempts to defend himself from the psychic assault, but he is no match for Waller’s Psychic Suicide Squad. His brain literally explodes under the assault and the Justice League is left not knowing what to do and the fate of the entire universe in their hands. 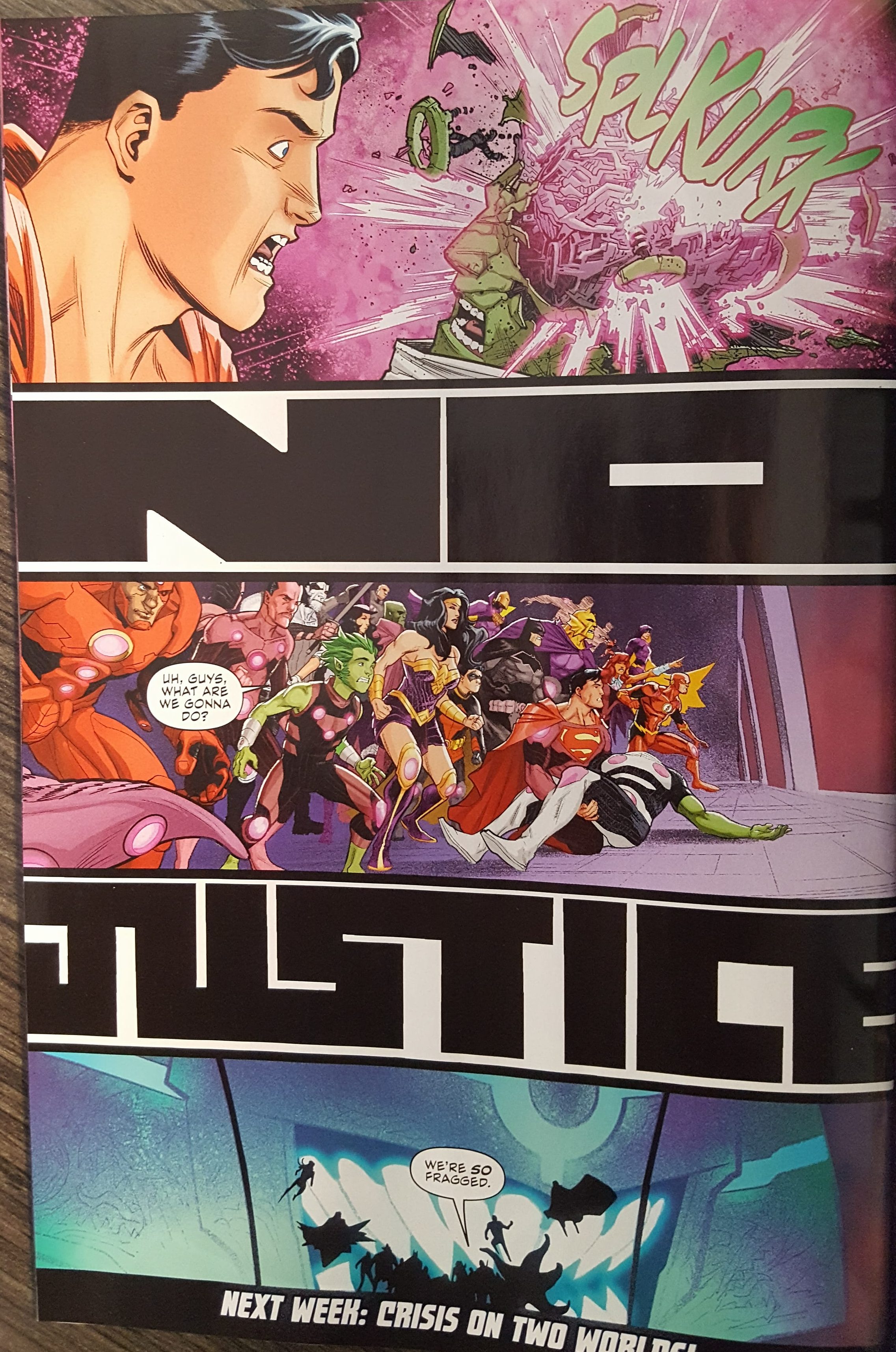