AfterShock Comics’ new mystery/adventure series The Lost City Explorers gets off to the races with its first issue this month. Taking inspiration from the myriad of adventure tales that have come before it, The Lost City Explorers also looks to put its own stamp on the genre by updating the sensibilities for modern audiences. Whether or not this approach is your cup of tea is completely dependent on your personal tastes, but either way, author Zack Kaplan (Port of Earth, Eclipse) has done a decent job of laying the groundwork for a potentially rousing mystery, albeit with a few bumps along the way.

The first few pages are intriguing and exciting, as well as being the best part of the entire first issue. A group of scientist/explorers are investigating some tunnels and underground pools when something (of course) goes wrong and an unidentified entity either kills or kidnaps several members of the research team. It’s a great kickoff to an adventure story; unfortunately, the rest of the issue juts isn’t anywhere near as interesting. 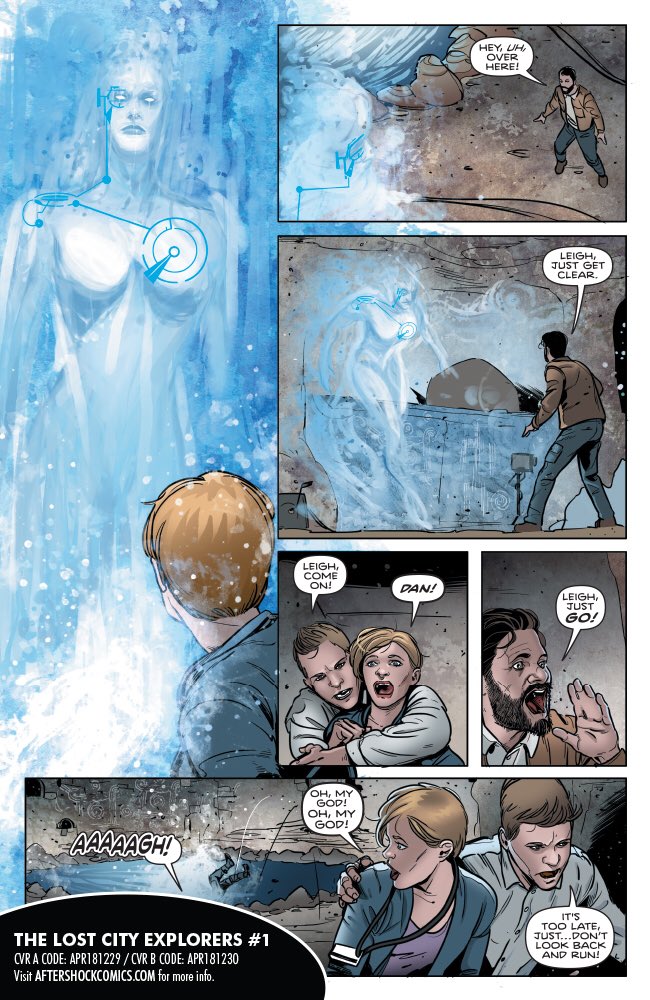 Soon after the introduction we are introduced to the children of one of the men who was attacked. His daughter, Hel, who is a senior in high school, and his son, Homer, who is in college. It appears that they will be two of the major players going forward. This might either be a good thing or a terribly bad thing as they show some potential of being interesting characters, but they’re also, thus far, whiny millennials who just like to argue and complain and that can wear thin quickly.

The other characters are also, so far, a mixed bag. Hel’s friend Maddi is a good character and seems to be the most relatable and level-headed one of the bunch. Besides the fact that she has conversations with people while she’s using the toilet, she’s completely likable. Homer’s girlfriend, June, however, has to be the worst of the lot. June is a Muslim girl who exemplifies why so many can’t stand the millennial culture. She livestreams herself at her boyfriend’s father’s funeral, she’s obsessed with social media, and she’s oblivious to other people’s feelings. Worst of all, she says “Hashtag” out-loud. Anybody who says “Hashtag……anything” in every day speech makes me want to put my head underwater and not come up until…….. ever.

However, I will say that I found it refreshing that, especially in our current climate of comic books, to find a minority character who is written as the most annoying character in the story. It seems lately that anyone in comics who identifies as a minority has to be written as chaste and above reproach. To find a diverse character written as a regular human being with regular faults instead of a pillar of absolute perfection is commendable and allows us to relate to the character on a more human level. 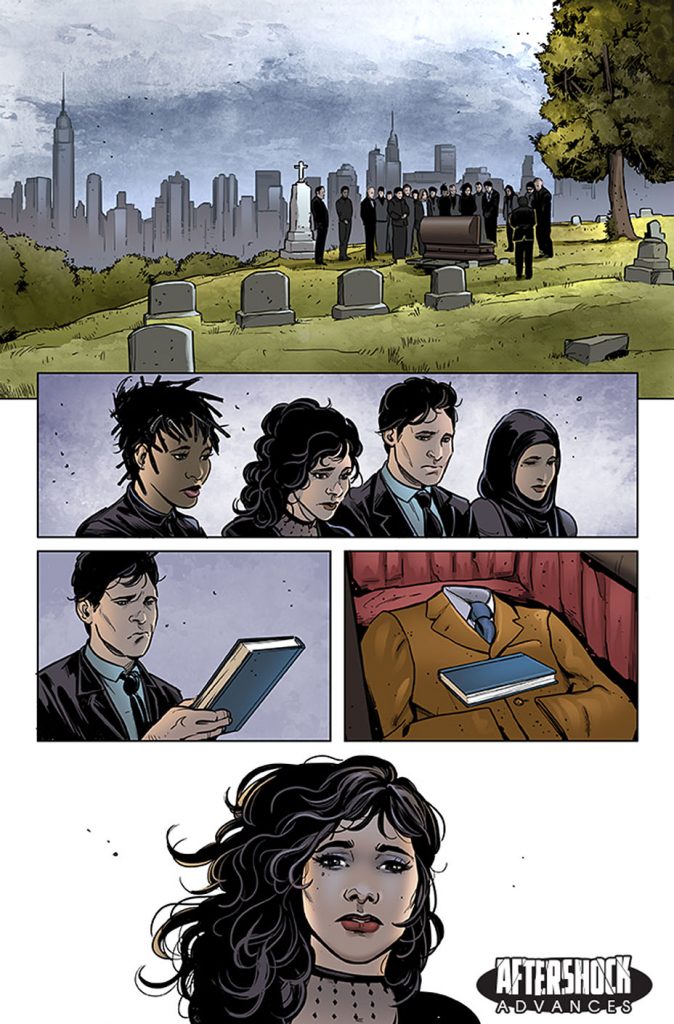 The rest of the story hits many of the requisite notes for a tale in the action/adventure genre and does so entertainingly enough without ever doing anything overly exciting. It’s filled with suspicious bad guys, covert meetings, shady organizations; all the elements that normally accompany these kinds of tales. It’s decently done, but there’s nothing here that is spectacular or new to the table.

It also feels all too rushed. I know this is a first issue and the writers need to cover a lot of ground as well as leave us with a hook to drag us into the mystery, but I think that the story and characters would have been better served with a little more time to develop. There are a few too many coincidences and characters are a little too quick to accept outlandish explanations, all in order for the book to get to the big revelation at the end. The big hook is an intriguing prospect, I just wish we could have enjoyed the journey to that revelation a little bit more.

More on the upside, however, is the artwork. Artist Alvaro Sarraseca (Turok, Witchblade) pencils every panel with stellar results. The characters are rendered realistically, but also somewhat stylized. Faces emote satisfactorily and there is great attention paid to the backgrounds, which is always appreciated as sometimes backgrounds get ignored altogether.

I am genuinely interested in finding out what happens next. I want to find out if Homer and Hel’s father is alright and I want to find out what is going on with the huge hook at the end of the story. What I’m afraid of, though, is that most of the subsequent issues will focus on the character’s arguments and disagreements rather than the mystery and adventure. That’s a pitfall for far too many comics these days and one that I do not enjoy. If the main thrust of the upcoming issues is the adventure, then this first issue of The Lost City Explorers will be a necessary bump in the road towards a more exciting destination.