**Warning Spoilers for Batman #49 Below**

Tom King teams up with Mikel Janin and June Chung for Batman #49. The issue pits Catwoman against Joker as Batman is sidelined by the villainous Clown Prince of Crime.

It’s an interesting match up as the two go back and forth against each other. Joker uses his revolver to try and take down the agile Catwoman who returns fire with her whip and claws. Eventually Catwoman closes in on Joker tripping him up with her whip. As she leaps in for the killing blow, Joker raises his revolver for one last shot. Catwoman claws Joker in the throat leaving a gaping wound that requires the Clown to keep his hand on his neck in order to stop himself from bleeding out. But as Catwoman appears to land the killing blow, Joker’s bullet connects and hits her in the gut. 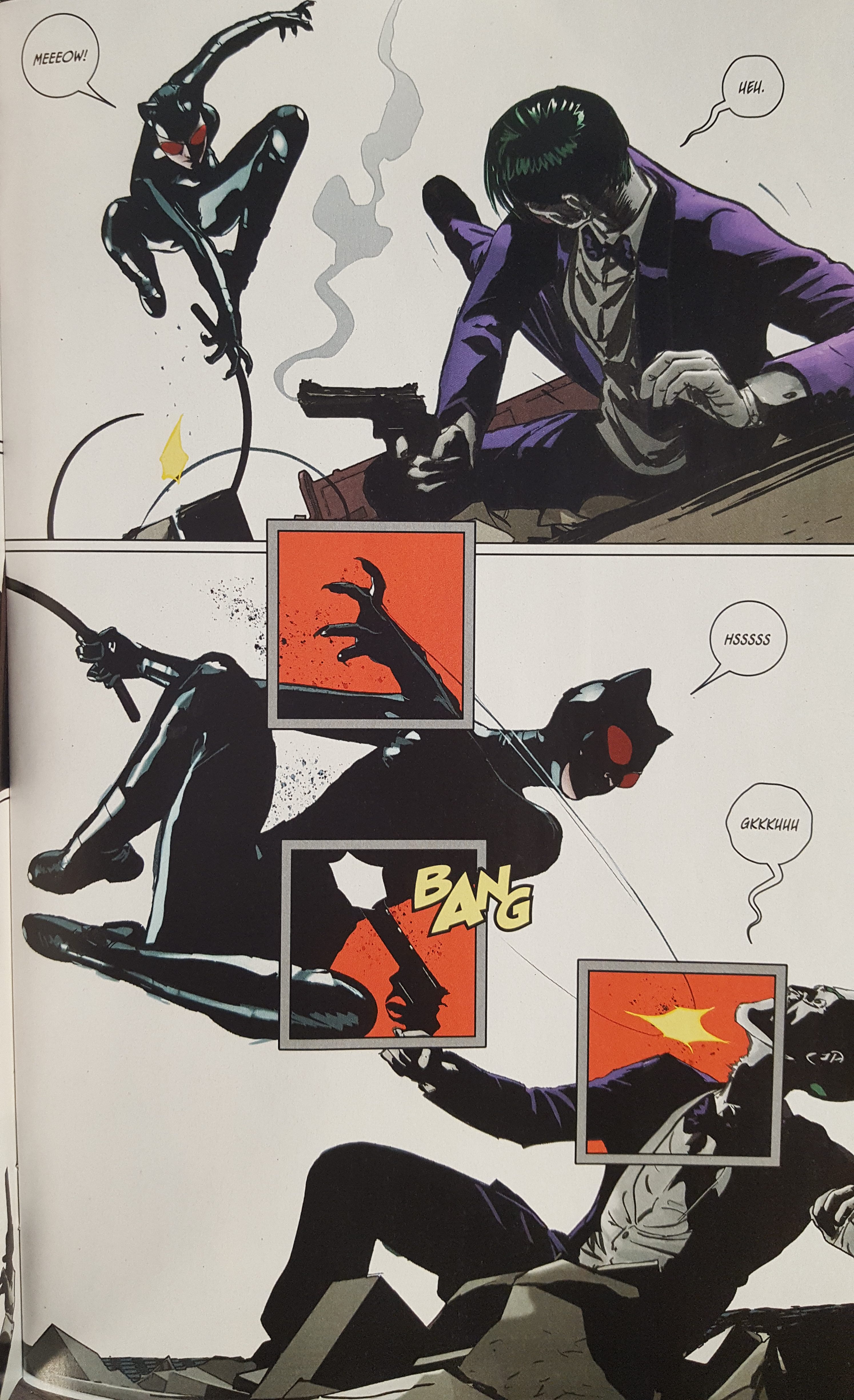 From there, the book delves into a bunch of back and forth between Catwoman and Joker as they both lie injured on the floor next to each other. It’s a lot of dialogue with the Joker explaining why he can’t let Catwoman marry Batman.

But by the end Joker decides to risk his life in order to kill Catwoman. But in order to do so he must remove his hand from his neck which would most likely mean he would bleed out. Joker takes the risk in order to stop Batman’s marriage. 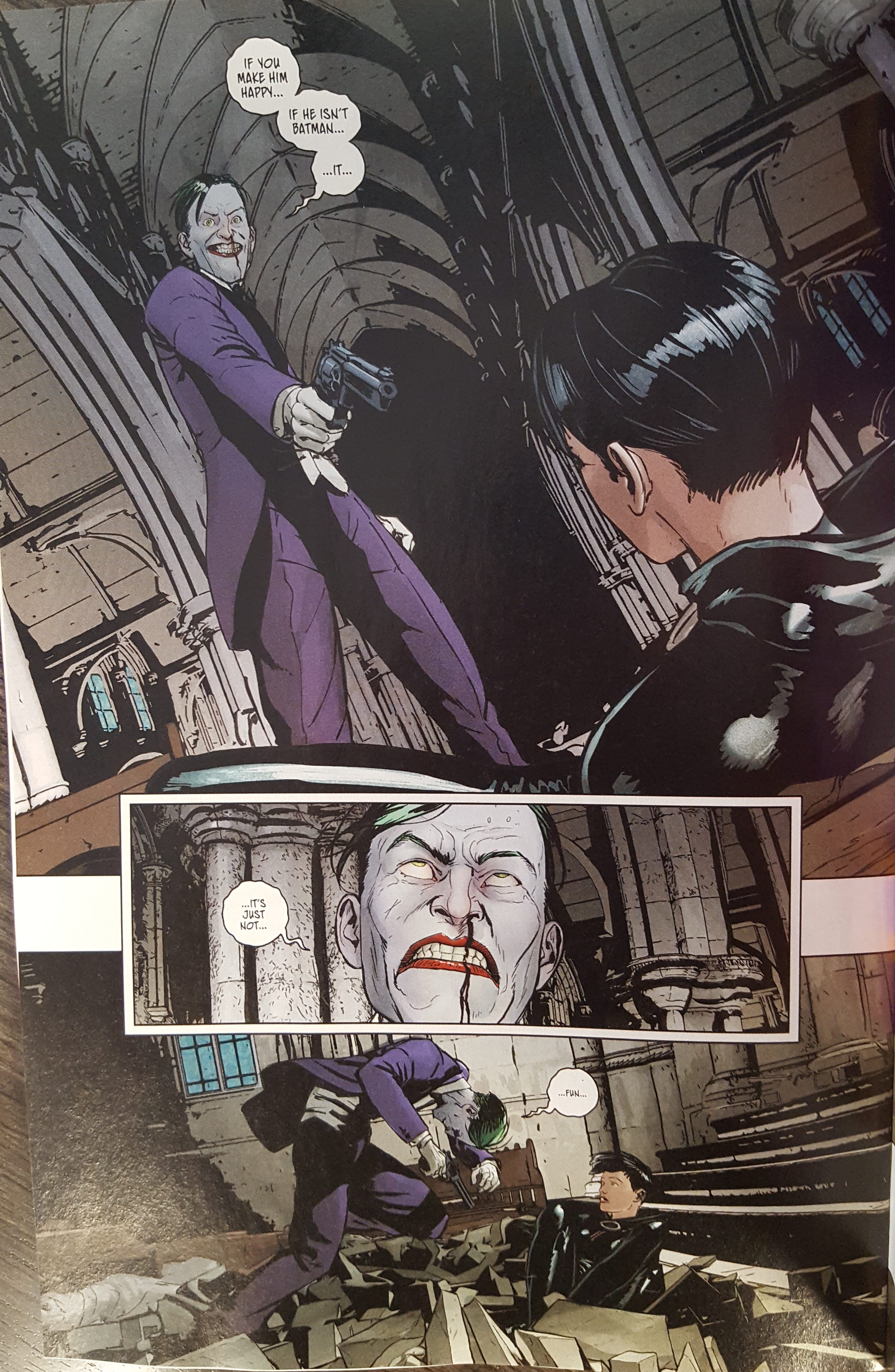 His risk doesn’t pay off. As soon as he takes his hand off his neck, reloads his gun, and points it at Catwoman, he collapses. 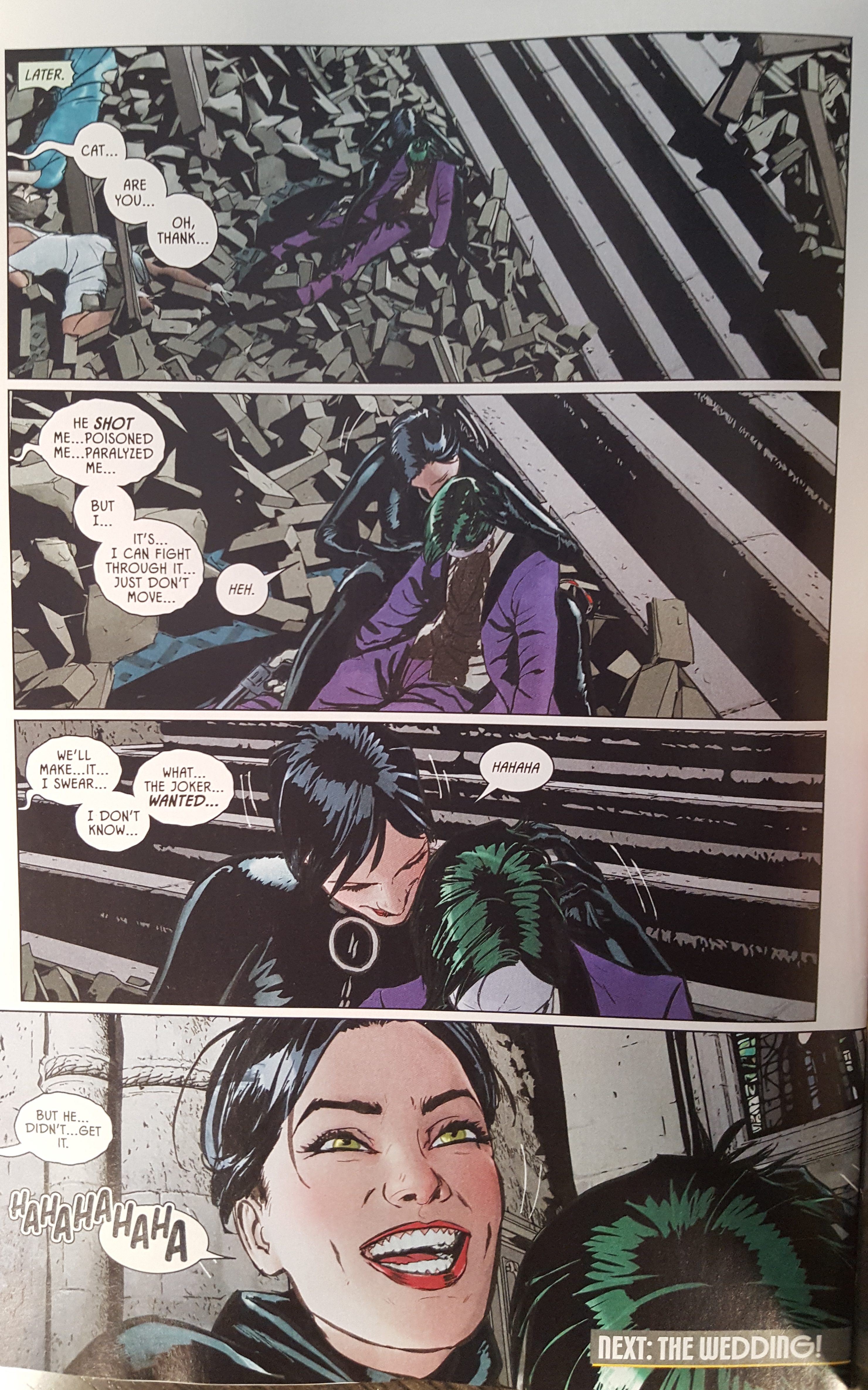 After some time, Catwoman has Joker’s body in her lap and she laughs uproariously as the Joker finally seems to have met his match in Catwoman.

Do you think this Joker is dead? Or has he just passed out from blood loss and will make a recovery?