The first thing he does is kidnap a Batman superfan and use him as bait for Duke Thomas aka The Signal, one of Batman’s newest proteges. The trap works and Karma blows up the superfan and incapacitates Thomas sending him to the hospital. 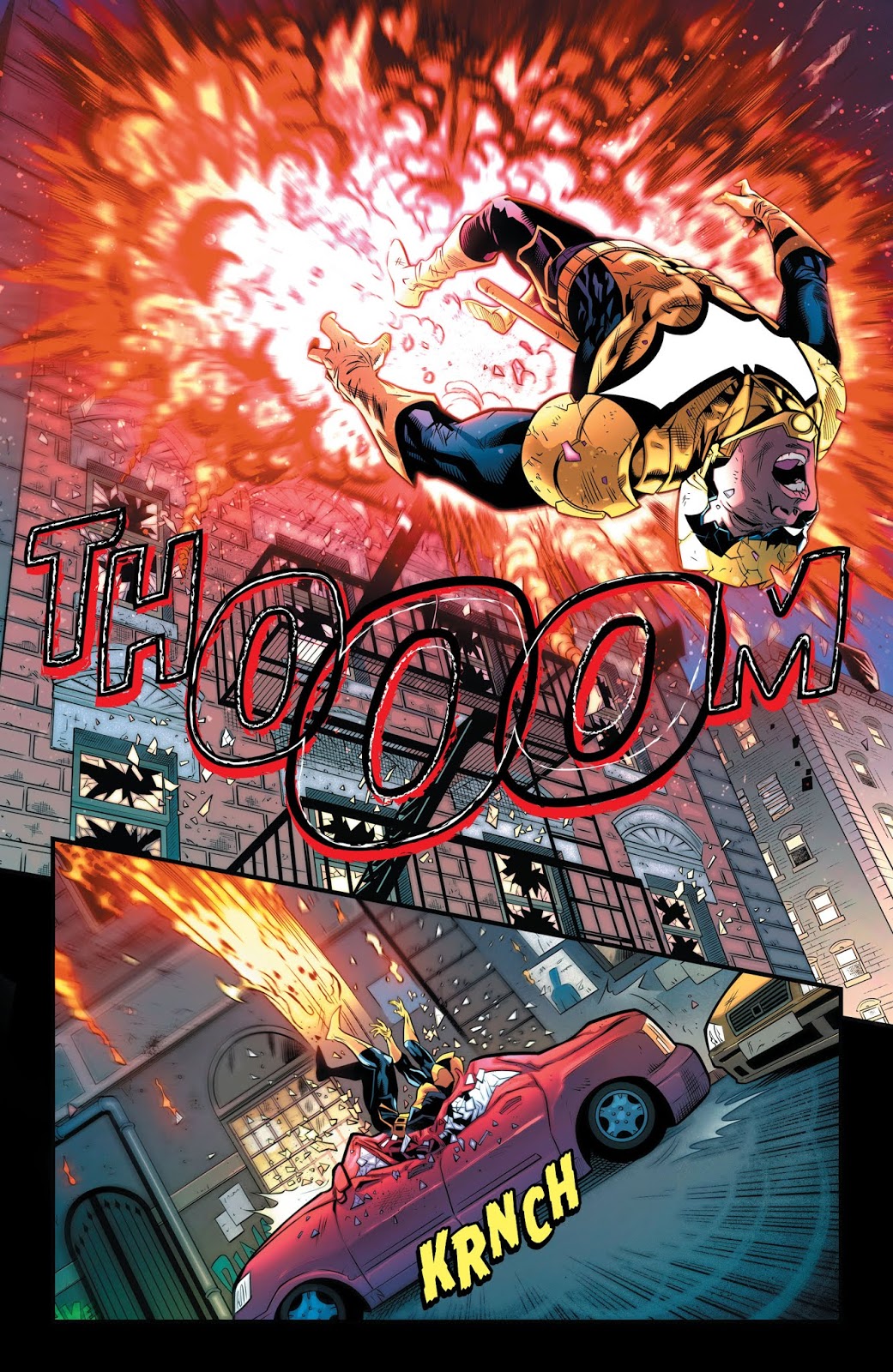 But The Signal isn’t his only target. He’s honing in on the entire Batman team and his next target is Cassandra Cain and she’s all but toast at the conclusion of this issue.

But who exactly is Karma? Well, he leaves Batman an audio message which describes his motivations and why he’s targeting his team members.

The message is quite lengthy and runs for three pages.

“I imagine I’ve made you rather angry, Batman. Your able mind wonders who I am, but my identity is irrelevant. Consider me a pure act of Karma. I am what happens when good men lose their way. When they distance themselves from their purpose. Purpose, Batman. A single word that means everything. Once, you were something glorious.  Once. Now you’re a novelty. A brand that you share with unworthy children. Why do you even wear that costume? No one is afraid of you. Bruce. You’ve dismantled your own creation–giving it away piece by piece. Until there’s nothing left. The night no longer belongs to you. Because Batman belongs to all of them. Look at yourself. Slapping your precious symbol on people who don’t deserve it. Do you even remember what that symbol means anymore? Bruce. I will rend the weakness from you. Fat from the meat. You saved me once. And now Karma has come–to save you. From all of them.” 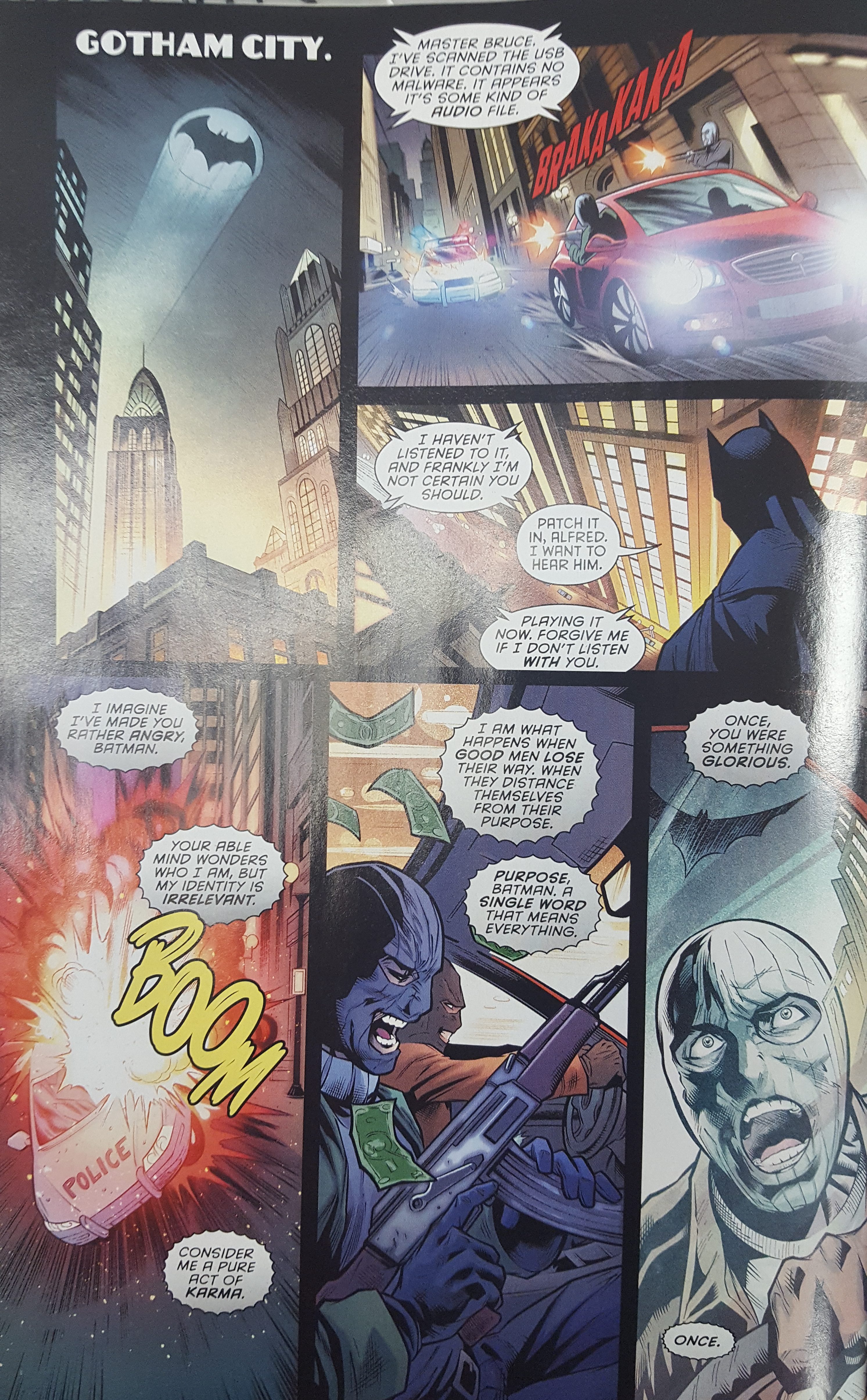 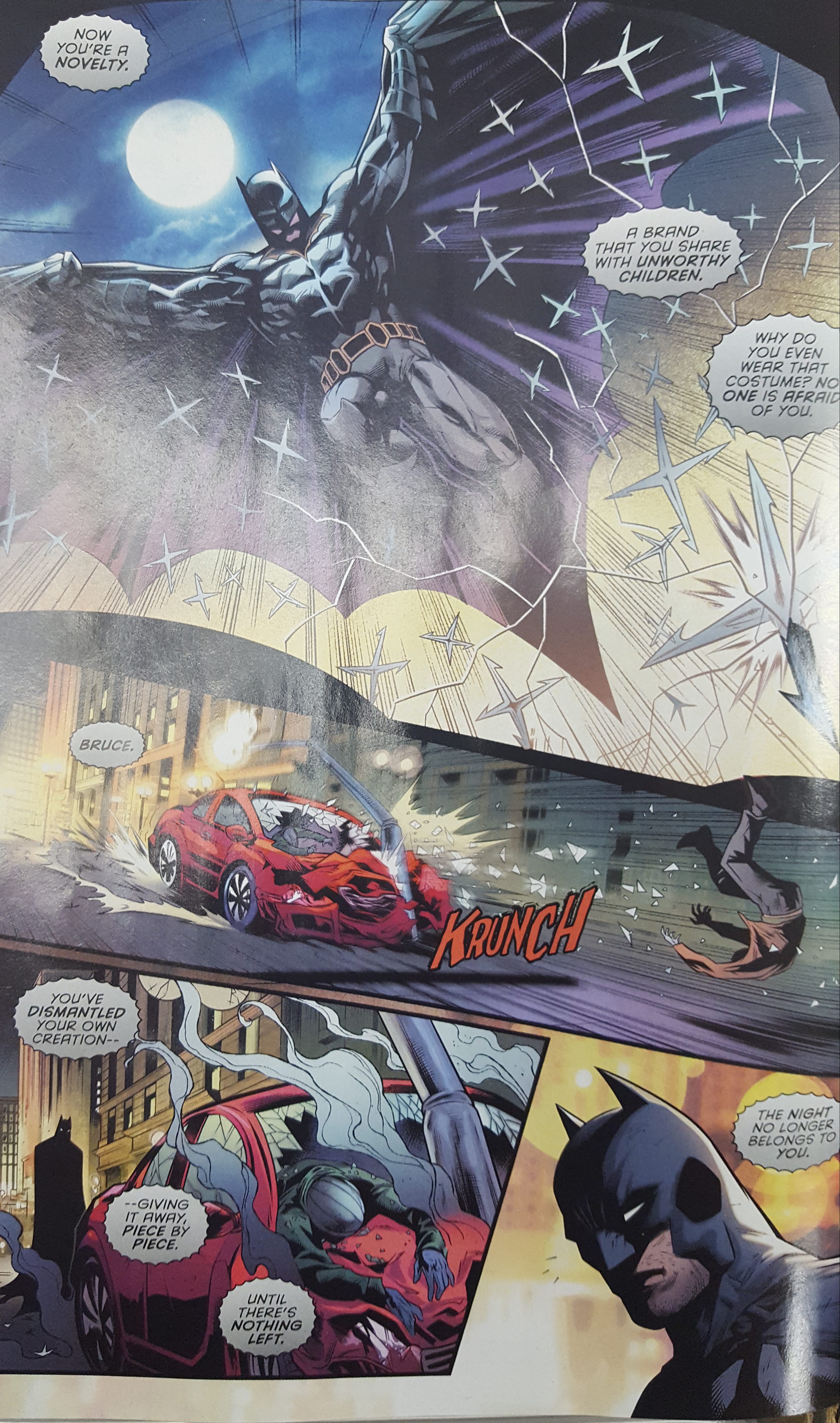 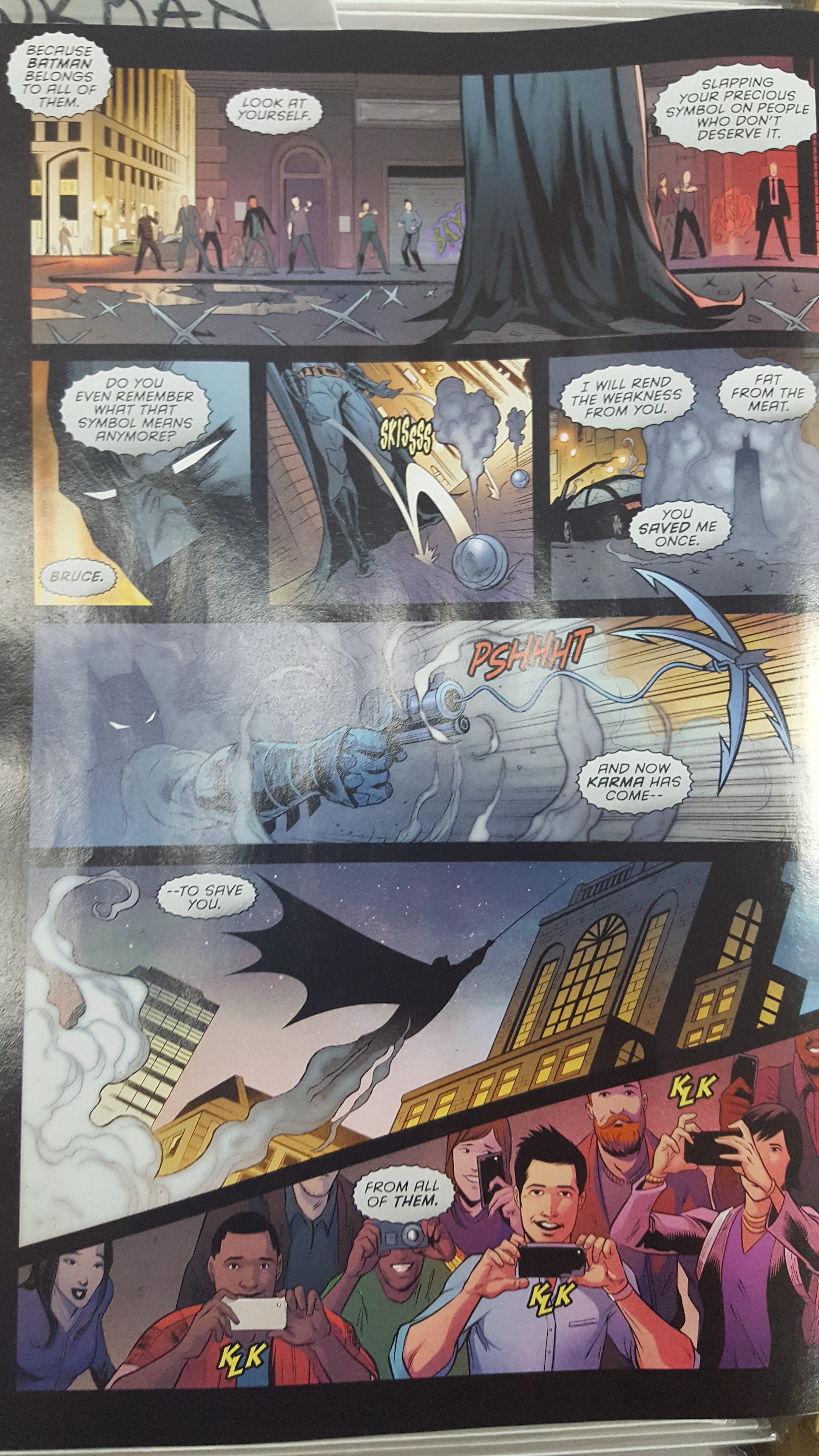 Given his actions and his message to Batman, he will continue to target the Batman team in order to bring meaning and purpose back to Batman.

As to who he could be it’s anyone’s guess. It’s interesting to note that he does know that Batman is Bruce Wayne. And he has intimate knowledge of Batman’s inner circle and knows their identities. He appears to be a master technician and given he’s already gotten the jump on Batman and his crew twice, he appears to be a major player. Given the weapons he carries, we can assume he’s skilled with firearms as well as swordplay. 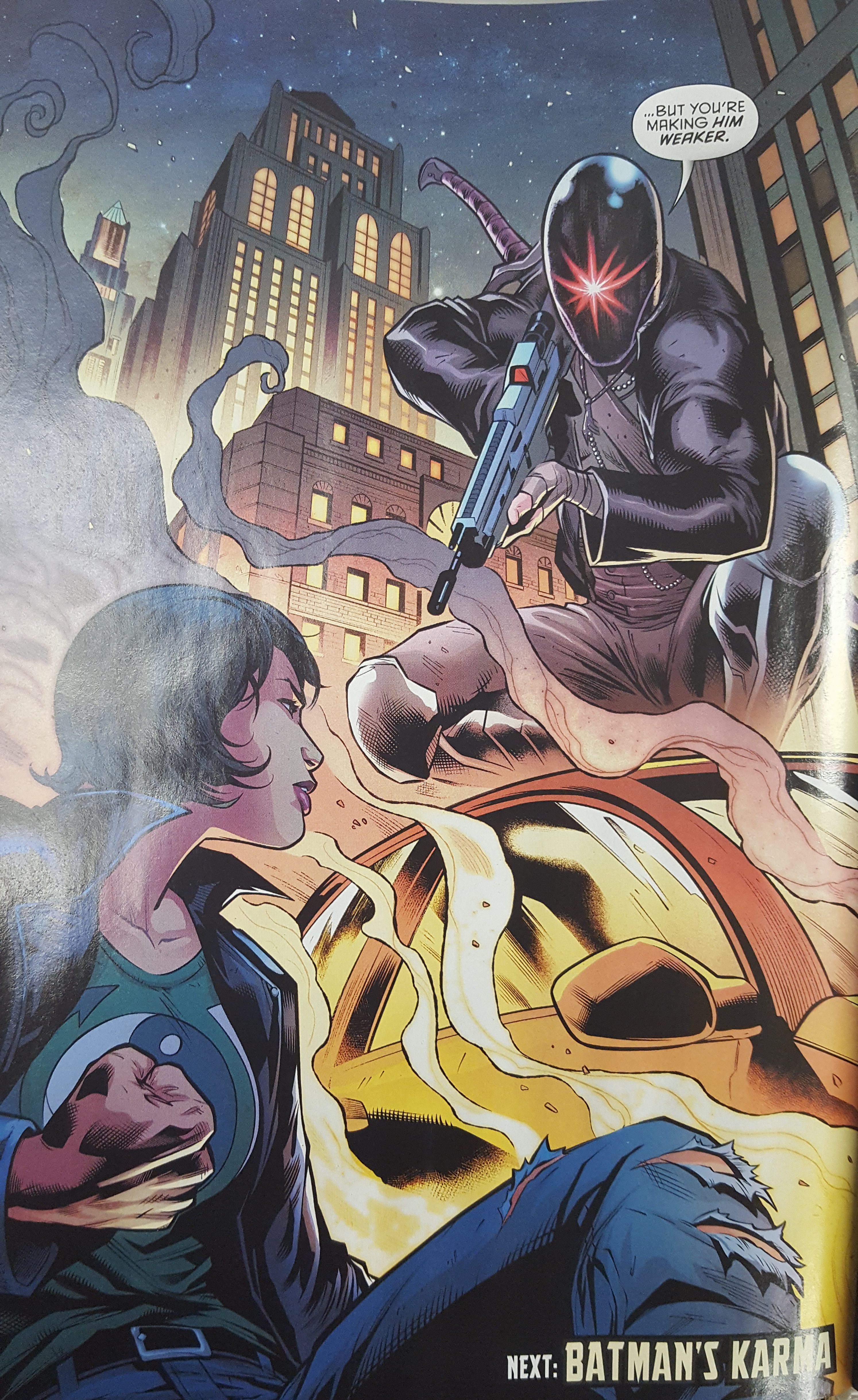 What do you make of this new Batman villain? Will he tear Batman’s team down around him just he is beginning to build it back up? Who do you think he could be?