DC Comics, writer Joshua Williamson, artist Howard Porter, and colorist Hi-Fi have hit a home run in The Flash #49. The book is the third chapter in the Flash War and sees Barry Allen and Wally West chasing each other around the Earth. Wally has just received information that leads him to believe his kids are stuck in the Speed Force and he is determined to get them back. Barry is trying to plead with him to not repeat the same mistake that created Flashpoint.

The two race around the Earth and nothing can stop them. Superman can’t chase them down. Hal Jordan can’t stop them with his constructs, not even a show of force from Amanda Waller can stop their high speed chase.

However, the chase does end with Wally and Barry’s combined speed breaking The Force Barrier. 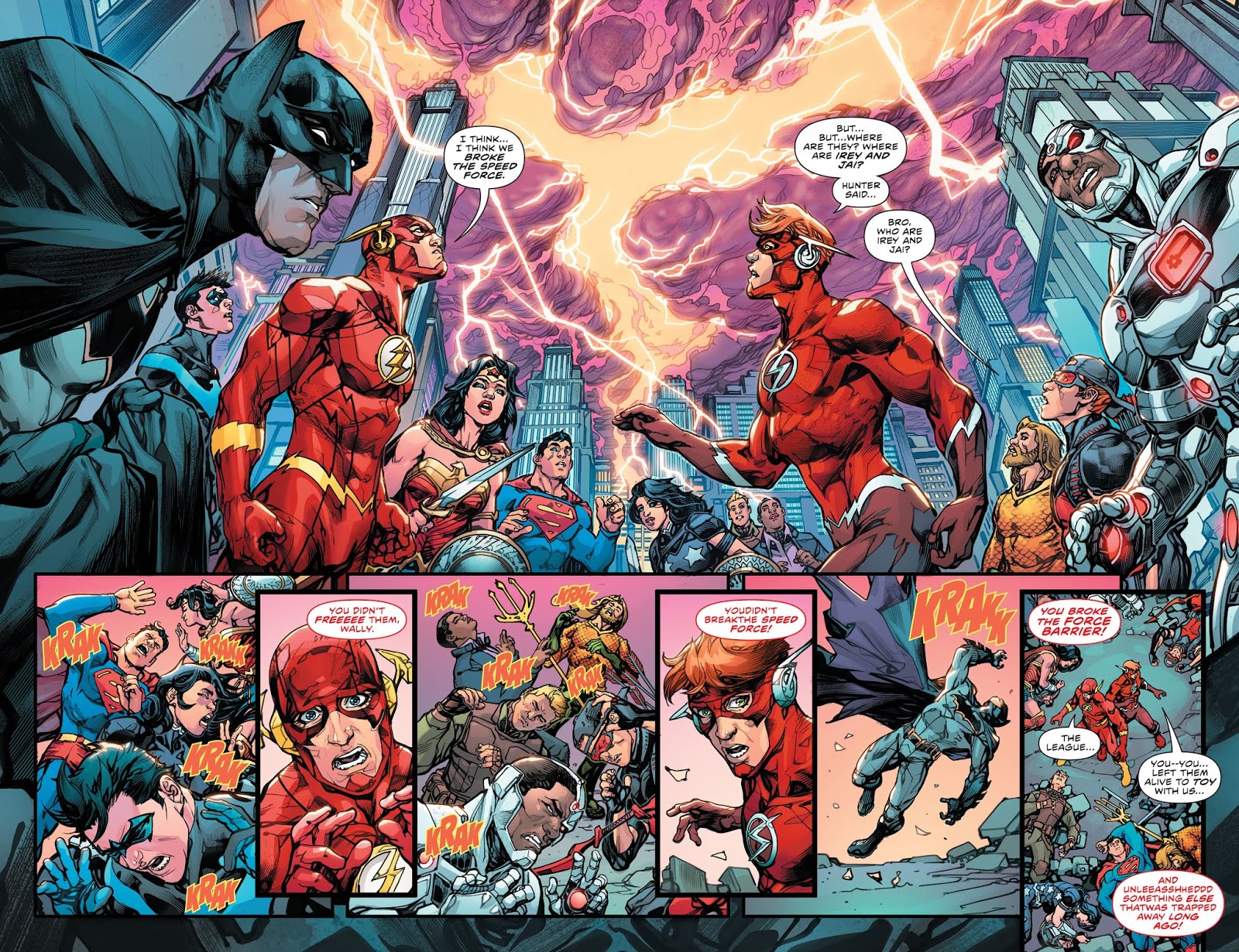 With The Force Barrier broken, Hunter Zolomon, who told Wally about his kids, reveals his true intentions. He instantly defeats the Justice League and drags Batman around the battlefield like a piece of Play-Doh. 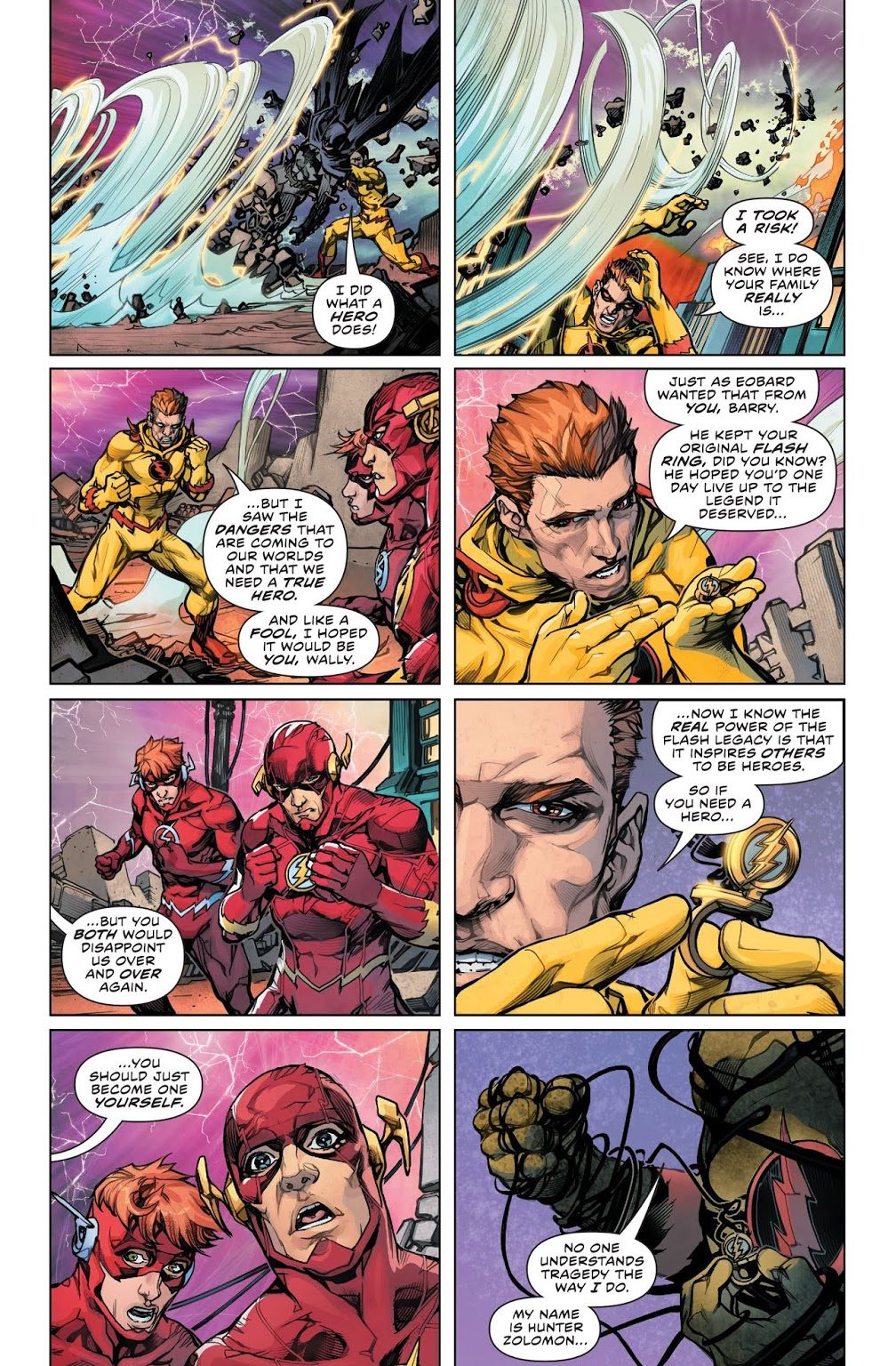 But while he defeats most of the Justice League and some of the Titans, Wally West and Barry Allen are still standing. Zolomon has a plan for them. He used his knowledge of the future to obtain Barry’s original Flash ring to become The Flash, the fastest man alive. 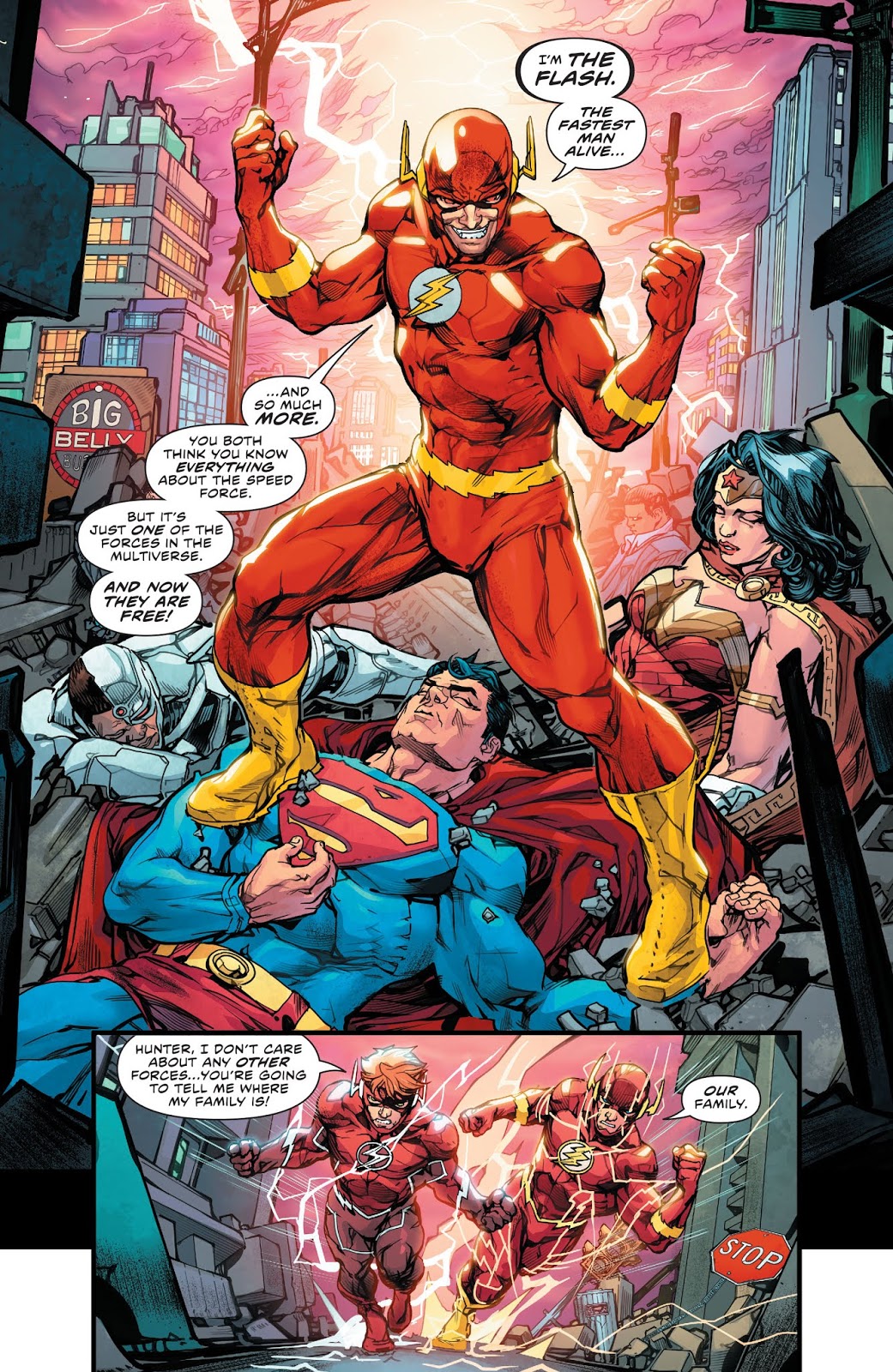 And that’s not all. He now controls two new types of powers called the Sage Force and the Strength Force. These powers are incredible and allow him to stop both Wally and Barry in their tracks with just the wave of his hand. He even has the ability to fire blasts of energy at his foes. 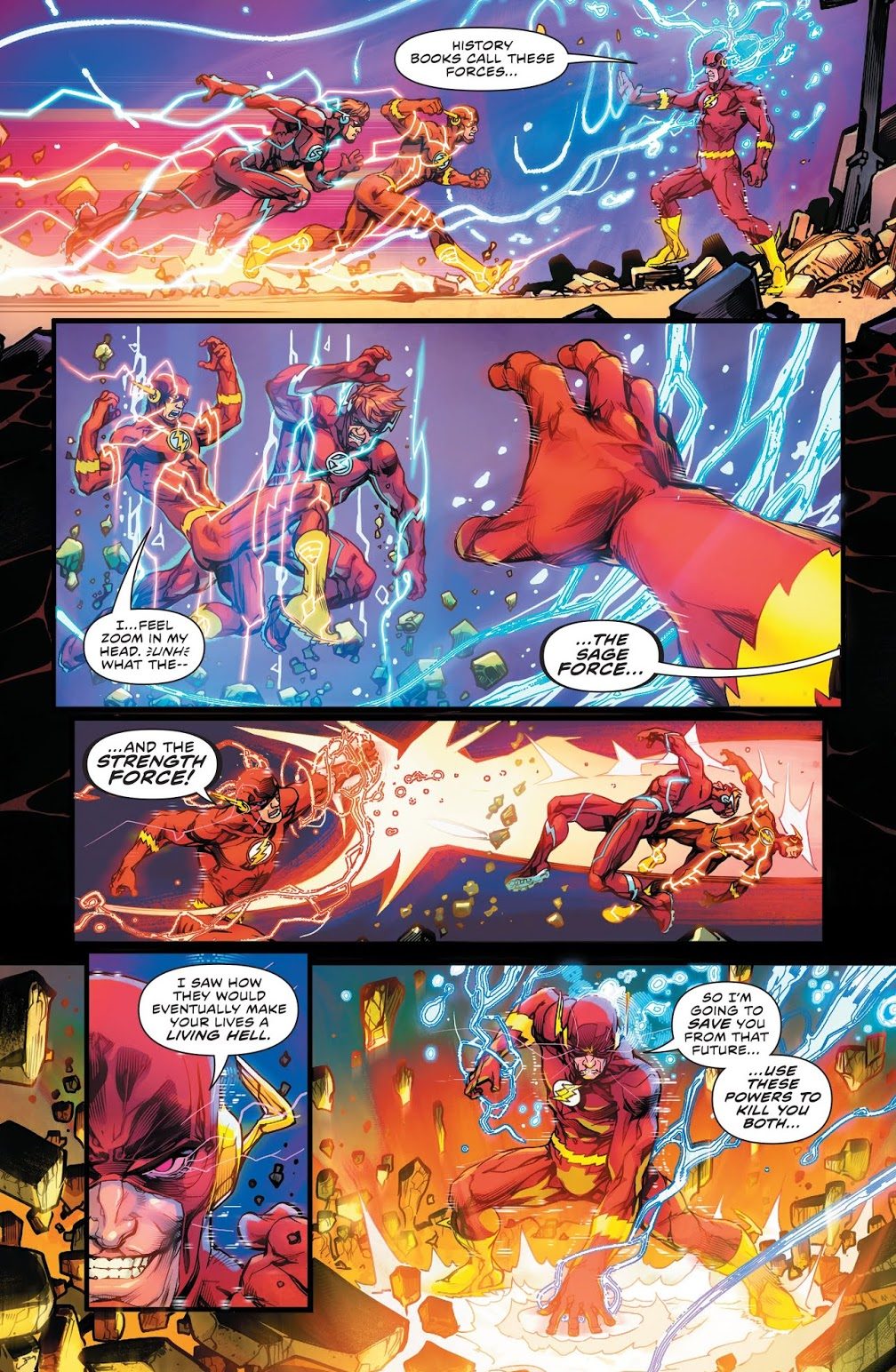 Wally West and Barry Allen made a huge mistake. Their friends in the Justice League and the Titans are paying for it and it looks like they will pay the price as well. Will they be able to stop this newly empowered Hunter Zolomon?