Comic book artist Mark Brooks is a very busy man of late. He’s been putting out some excellent variant covers for Marvel’s Amazing Spider-Man #1 as well as X-Men: Extermination.

But one of his most recent covers is one of my favorites. He revealed a brand new design for Batman’s Batmobile which will grace the cover of Detective Comics #986.

My latest Detective Comics #986 cover for DC. I got to design my own Batmobile so I took all the stuff I like best about past Batmobiles and made my own Frankenstein’s monster of a ride. #batman #DCcomics #Detectivecomics #BruceWayne #Batmobile #Comics #Markbrooks pic.twitter.com/1DsQyXILSd 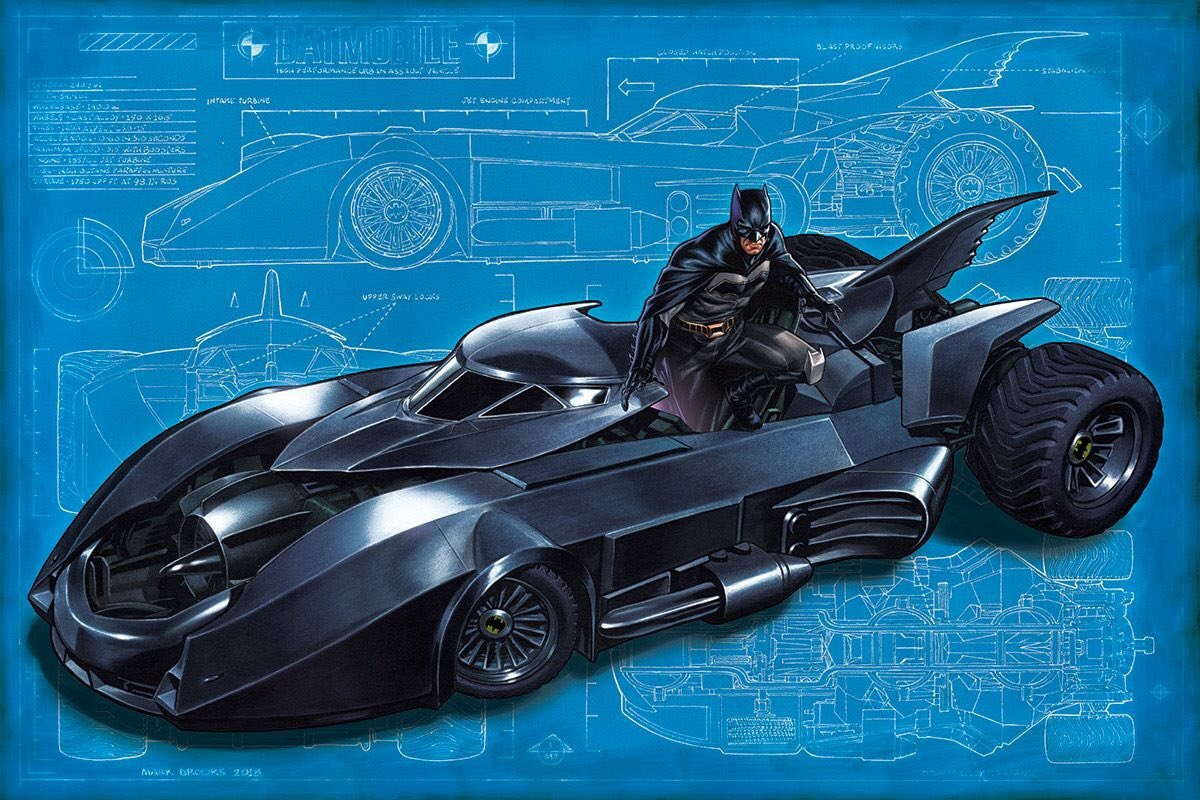 It’s a slick cover that shows off not only Batman’s latest blueprint for the vehicle, but we actually get to see it in action. You can definitely see the storied history of the Batmobile in the design. It’s got the classic nose from Tim Burton’s Batman, but you can also see the Tumblr influence in the rear wheels. There’s also some Batman: The Animated Series influence in the front fenders.

When asked if there were machine guns on the vehicle, Brooks pointed to the rectangles on either side of the cockpit as the gun housings.

See those rectangles on either side of the cockpit? #GunHousing

The praise for the new design was unanimous with some already asking for a toy version of it.

That is so GOOD

That is simply fantastic!

Can I have a toy of this yesterday?

I have to agree. This is an absolutely epic Batmobile design and I can’t wait to see it put to good use throughout multiple DC Comics titles including Detective Comics, Batman, and maybe even Justice League.