If you’re keeping up with Tom King’s current run on the Batman comics, you’re probably well aware that Batman and Catwoman are about to tie the knot. It’s been a long road to the altar for these two and although much of their relationship over the last seventy-five plus years has been antagonistic at best, they still seem to be a match made in Heaven. Or at least, in Gotham.

However, Selina Kyle is not the first lady to catch Bruce Wayne’s eye. Far from it. In fact, of all the superheroes who have found love, Batman’s roster of lady friends may just be the longest. With that in mind, we thought it may be fun to look at some of the past relationships Bruce Wayne has had and get a closer look at some of the lucky women who have been invited to spend a little time in the ol’ Batcave (if y’know what I mean).

Vicki Vale has been an on again/off again romantic partner with Bruce Wayne since nearly the beginning. She’s typically seen as a reporter/photographer and most of her incarnations involve her working to find out Batman’s identity which leads to her being involved with Bruce Wayne which lead to her becoming romantic with him which leads to…. well, you know. One of his most popular and enduring acquaintances, Vicki Vale has been portrayed in comics, cartoons, video games, and was even the main love interest of Bruce Wayne in Tim Burton’s 1989 classic BATMAN! 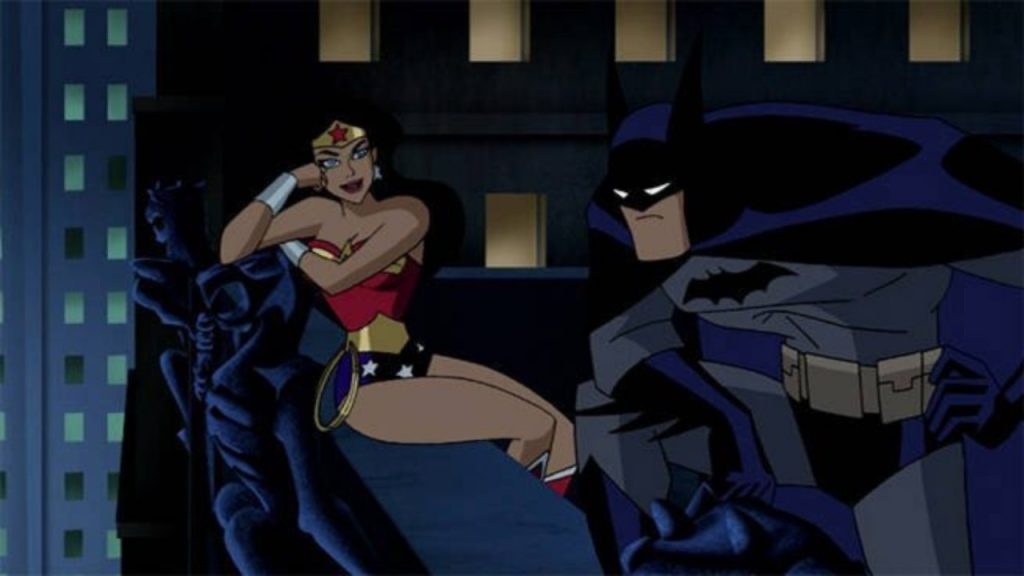 The whole Batman/Wonder Woman relationship exists much more in fan’s minds than it actually does in any continuity. While their romantic involvement has been greatly exaggerated in conversation and weirdo’s fan-fiction, Batman and Wonder Woman have in fact flirted with the idea of a relationship a few times. Relegated mainly to the pages and animated series of the Justice League, Bruce Wayne and Diana Prince have tried making a go of it a few times, having never found any true success. Typically, they both end up realizing that they are better friends/partners than they are lovers, but the amazing amount of love and respect that they do share helps their platonic relationship work much better than the alternative.

Further proof that Batman can have any woman he wants (even if she is Green Arrow’s girlfriednd) is the kissing and smooching that Batman has done with Black Canary more than a few times. Although there’s never been any real relationship that has developed between these two, the fleeting moments of passion they have shared shows us that the Canary would have gladly built her nest in the Batcave if ever Batman would have just settled down with her. But, then, there’d be the problem of Green Arrow being jealous and he probably wouldn’t have helped Batman take down Superman years later. See? Batman is a forward thinker.

Talia is one of Batman’s best known and most enduring romantic partners that’s ever been put to page or screen. Urged by her father to pursue a relationship with the Dark Knight, Talia al Ghul has been one of the few women to cause Batman to consider (albeit briefly) a life with her, away from his crusade in Gotham. Talia is one of Batman’s most prolific love interests appearing across nearly all mediums that Batman himself has appeared in, be it comics, cartoons, live action, novels, etc. Her most famous connection to Batman, however, is the fact that she is the mother of his son, Damian; who splits his time between being Robin and being an insufferable little twerp. No wonder he got killed. Spoilers. 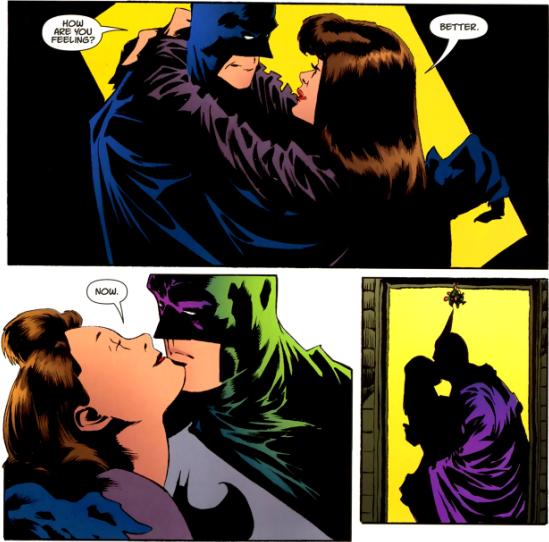 Hey, everyone! Remember April Clarkson? No? Well, let me tell you about her. April is a rather obscure character who appeared in the Gotham After Midnight run written by Steve Niles and drawn by the great Kelley Jones. April Clarkson was a police officer working for the GCPD and she was a key component to helping Batman track down the vicious killer, Midnight. Of course, along the way she fell in love with Bruce Wayne, which made the proceedings all the more tragic when it was revealed that she was, in fact, the villain of the piece. Bruce Wayne sure knows how to pick ‘em. 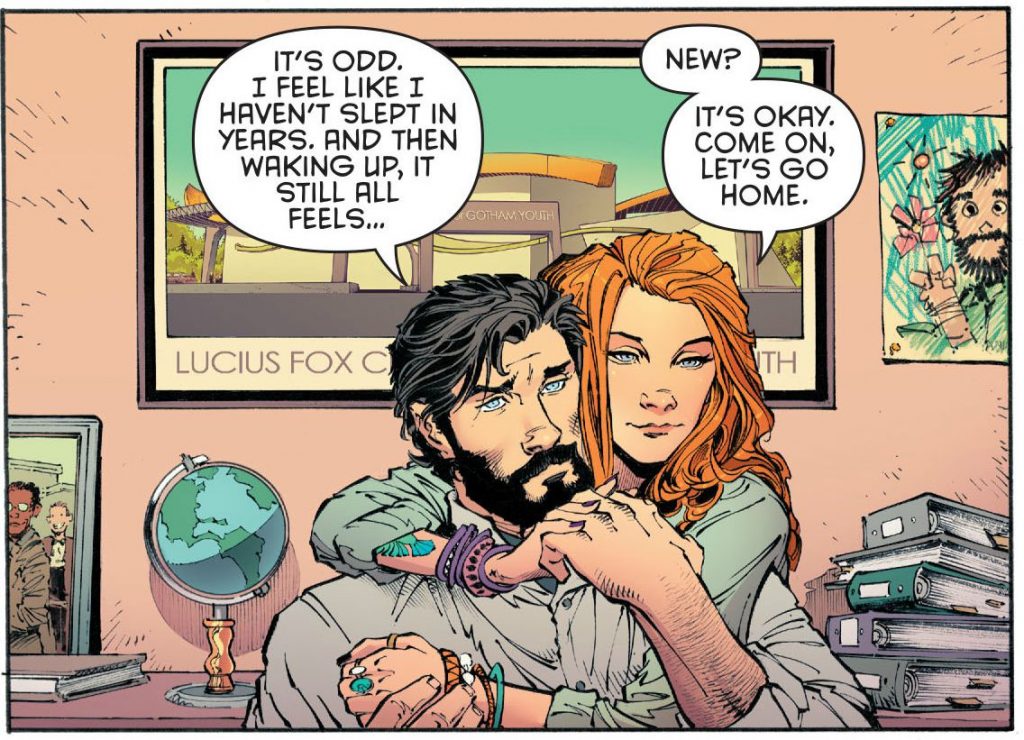 Julie Madison holds a special place in the hearts of many Batman fans as she is the very first romantic interest that Bruce Wayne ever had. First appearing in Detective Comics #31, Julie has been a mainstay in the Batman mythos ever since. She has been, however, a rather inconsistent character when it comes to personality and motives. She’s been everything from a damsel in distress, an artist, a missionary, a thief, a socialite and more. Julie Madison continues to appear in different iterations of Batman and has been in comics, cartoons, and was even played by Elle Macpherson in the live action Batman and Robin. But we’ve never watched that, have we? No. We haven’t. 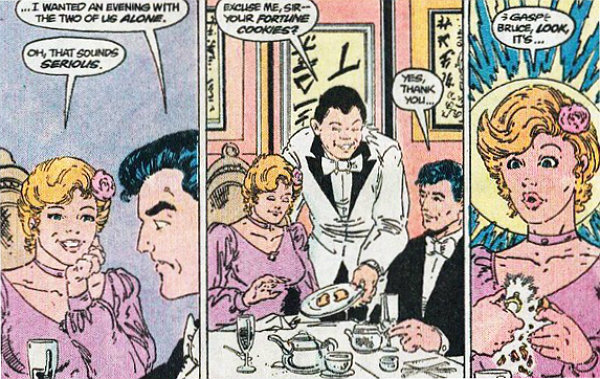 The first of at least two girlfriends named Rachel, Rachel Caspian appeared in the criminally underrated Batman series, Batman: Year Two. Their relationship was surprisingly healthy and moved so smoothly that Bruce Wayne was preparing to quit his crusade as Batman in order to marry and settle down with her. Of course, nothing goes smooth forever for Mr. Wayne and it was soon realized by him that Rachel’s father was actually a murderer. After her father committed suicide, Rachel was so grief stricken that she broke up with Bruce and became a nun. And nuns can’t get married, y’know?

Here’s a weird one. Barbara, aka Batgirl, is the daughter of Commissioner Gordon and has always been a fan favorite member of the Bat-family. There was never really any indication of romantic feelings between her and Batman, besides one offhanded comment made in the Batman Beyond series. The reason she is on this list is because of the recent animated version of the classic story, The Killing Joke. In order to pad out the run time, a subplot was added featuring Barbara being harassed by a jerk named Paris France (really) and the unnecessary arc culminated in Batgirl and Batman doing the Batusi on the rooftops of Gotham. Gross. 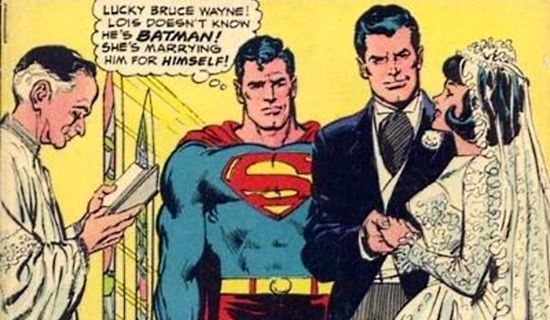 Although Lois will always be associated with Superman, in various media Batman has put the moves on the reporter, and vice versa. Most notably in some episodes of Superman: The Animated Series wherein Lois and Bruce Wayne began dating which, of course, made Clark super-jealous. (Get it?) Lois eventually figures out Bruce Wayne’s alter ego and breaks up with him though. Of course, there’s been a few moments of flirtation between the two in the pages of the comics, most recently in the pages of Batman/Superman #15 where Batman has amnesia and even recruits Lois to wear the Batgirl costume to help him do some investigating. Also, he’s totally crushing on her the whole time. 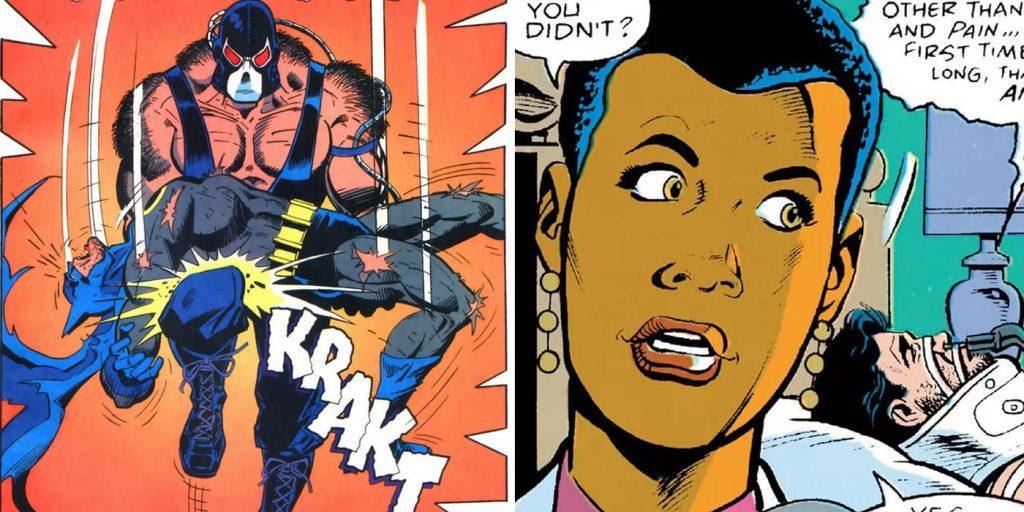 You may remember Shondra from the famous Knightfall storyline. Shondra was a physical therapist who was working to rehabilitate Tim Drake’s father. After Bane broke Batman’s back, Bruce Wayne contacted her, hoping she could help him to walk again. She tried, and of course, she fell in love with Bruce, as every woman he comes into contact seems to. Bruce seemed sweet on her too, but apparently, she had a psychic link with her brother who happens to be a psycho. He kidnapped her and forced her to kill a bunch of people before Bruce could save her. He did, but her fractured psyche reverted her to a child-like mind state, so obviously, the romance fizzled.