**Warning Spoilers for Death of the Inhumans #1 Below**

Marvel Comics’ latest new series Death of the Inhumans by writer Donny Cates and artist Ariel Olivetti with colors by Jordie Bellaire lives up to the title of the book as multiple Inhumans bite the bullet in its debut issue. 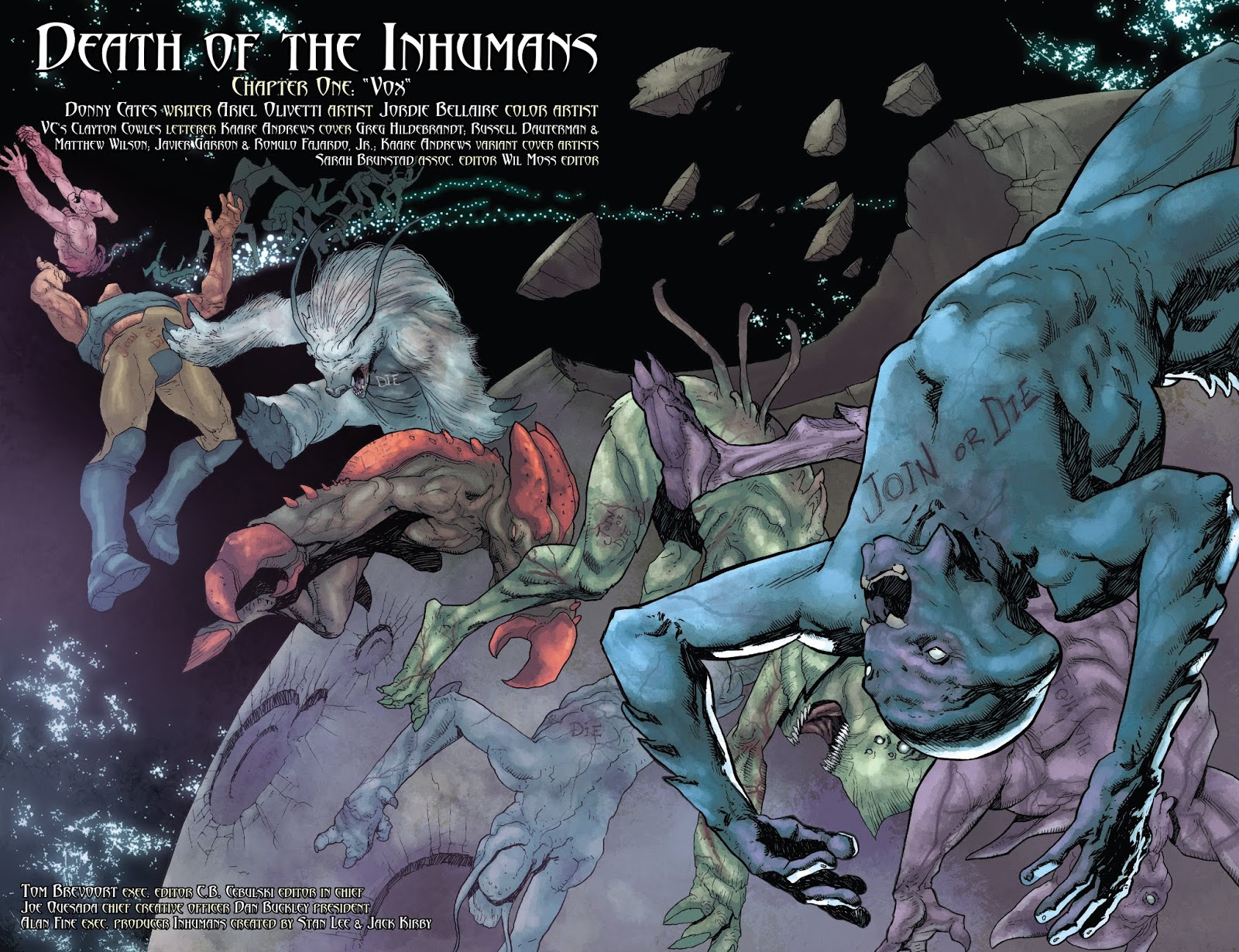 These 11,038 Inhumans wouldn’t be the only casualties. Four Inhuman queens would also perish at the hands of the Kree.

And they would be joined by some of Black Bolt’s closest allies. Triton falls to the Kree when he is unable to escape the blast radius of a bomb left as a trap for Black Bolt and his Royal Family.

Triton wouldn’t be the only one close to Black Bolt to perish. He would be joined by Lockjaw and Maximus who fell to the ferocious power of a brand new villain and the first of a brand new race to the Marvel Universe. This villain is a Super-Inhuman known as Vox. 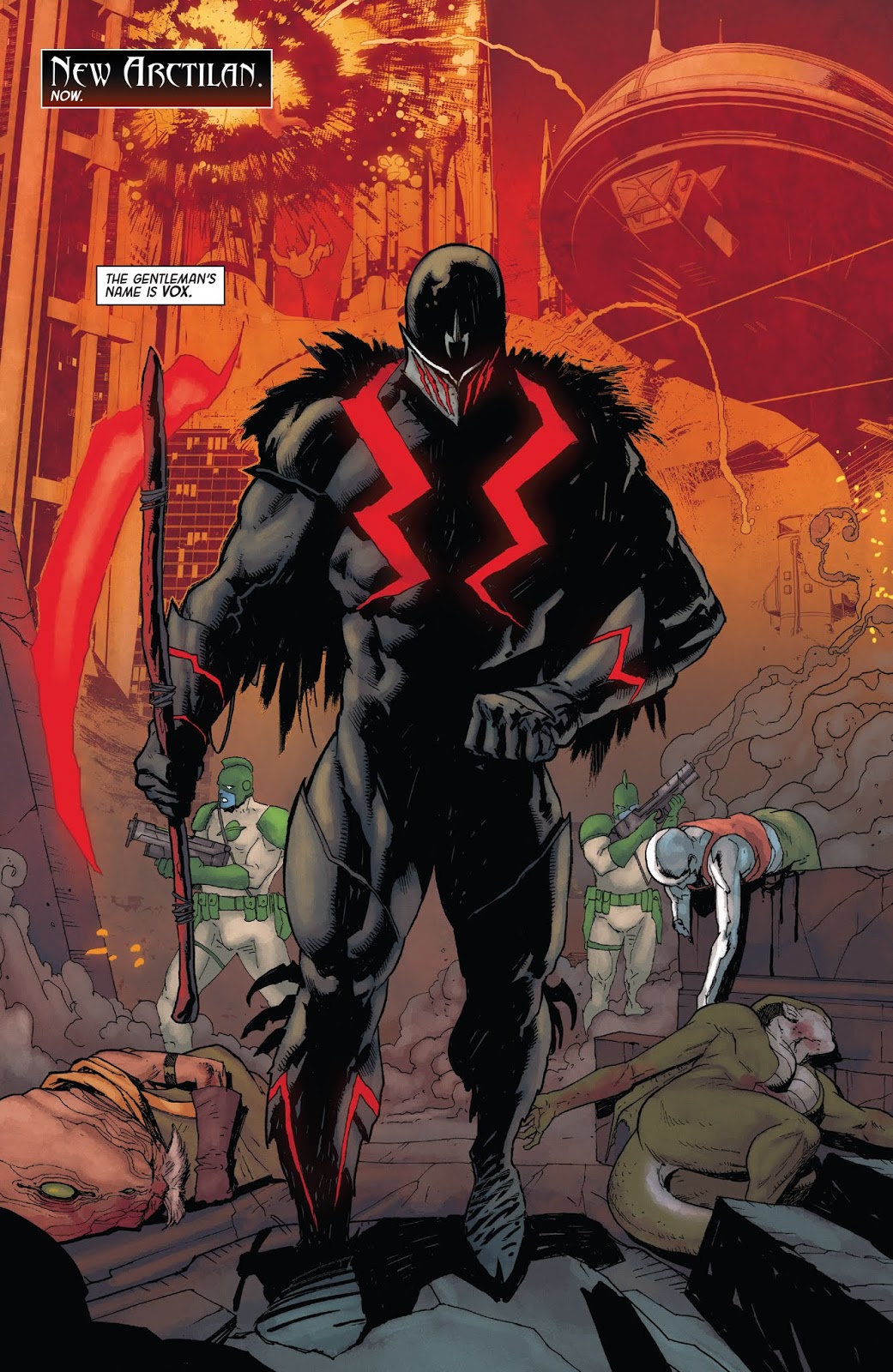 This new race of Super-Inhumans differs greatly from the Inhumans. They are “engineered from birth with almost of all of their inhuman abilities and none of their problematic humanity.” They “cannot be swayed or tricked or bought for [they] want nothing but [their] enemies’ hearts to stop beating.”

This new villain, Vox, is described as the “voice and the wrath of the gods. He is the full-throated scream of the Kree Empire.” 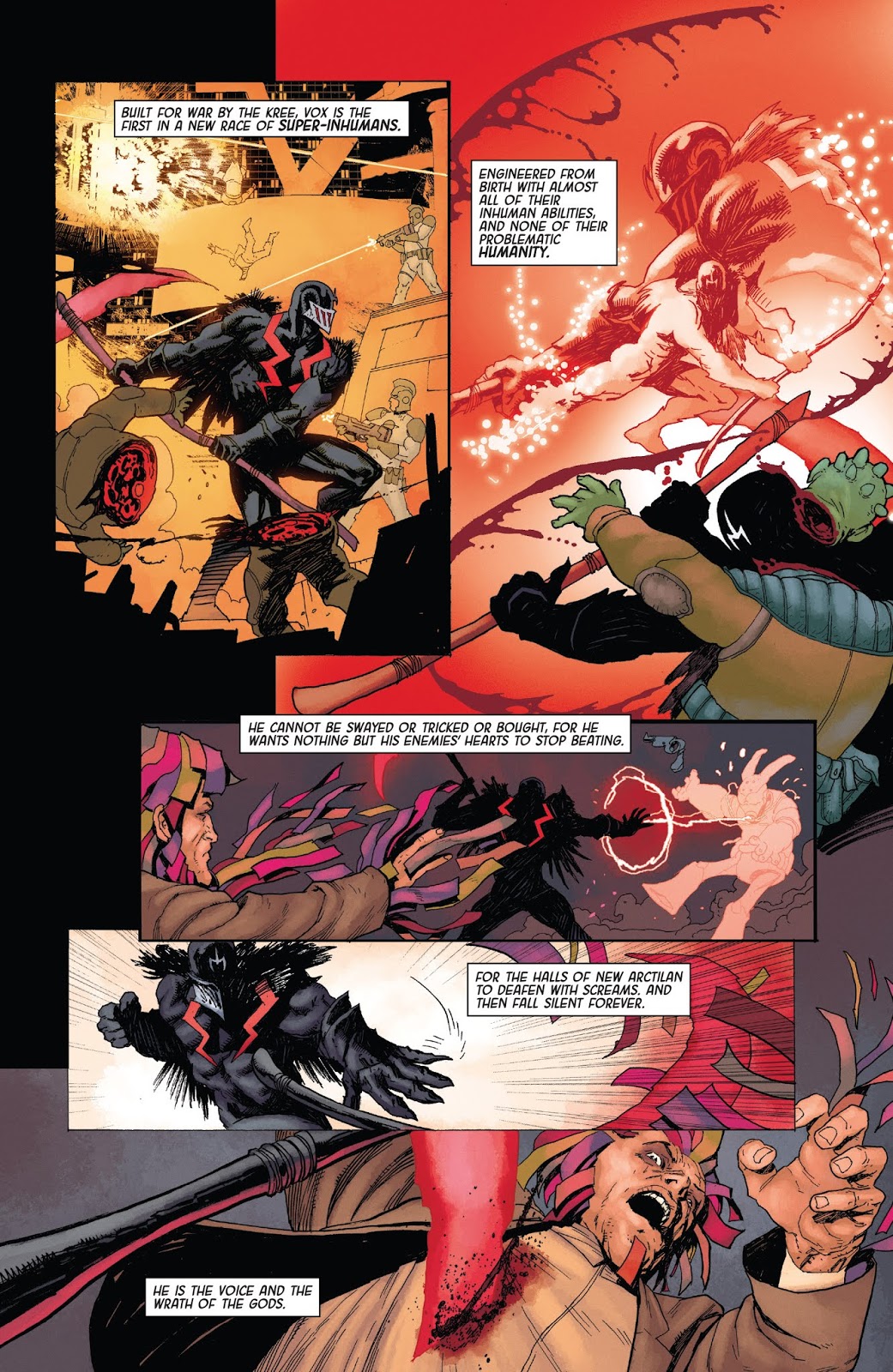 His powers are absolutely awesome and seem to mimic Black Bolt’s. However,it appears he is able to control his abilities. While Black Bolt can not speak normally Vox is able to. But he’s also able to project awesome power with his voice. He appears to disintegrate both Maximus and Lockjaw with one brutal scream. 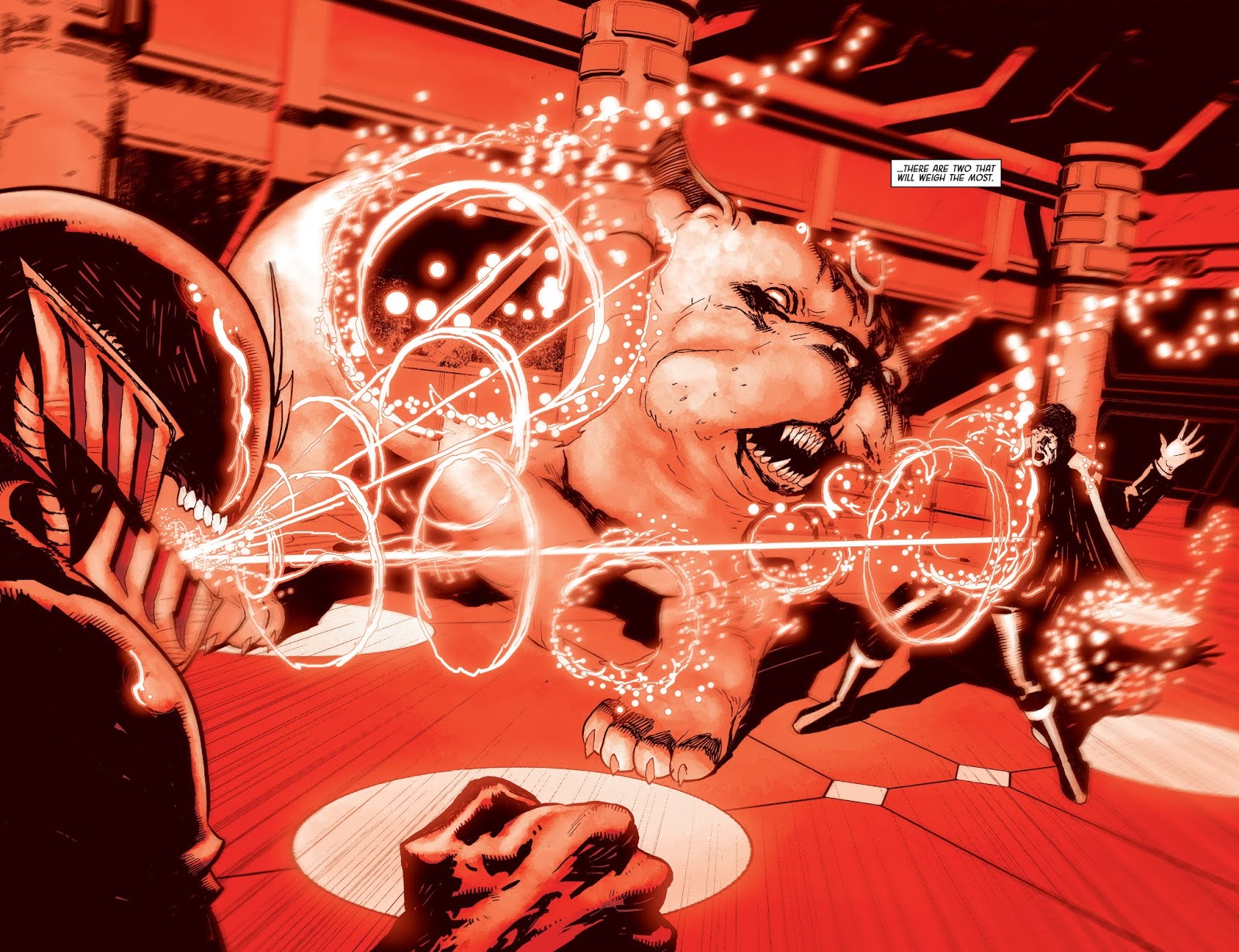 The character’s design is also similar to Black Bolt. However, instead of white stripes he has red ones. Black Bolt’s symbol on his forehead is also reversed when it comes to Vox. Intersestingly enough the character design reminds me of the Dark Judge Death from Judge Dredd combined with Lord Zedd from Power Rangers with the obvious Black Bolt influence.

The Death of the Inhumans is here. Will Black Bolt be able to find a way to defeat this new super-Inhuman?