The first issue of Dark Horse Comics’ new mini-series, Tomb Raider: Inferno, was not an exciting read. It stripped Lara of any and all personality, gave her nothing exciting to do, and allowed her absolutely zero interaction with anybody worth talking to. It was a largely boring first issue that didn’t go very far in promising Tomb Raider fans an exciting adventure. I say all this to let you know that even with its litany of flaws, the first issue is leaps and bounds better than this one.

The worst thing that a Tomb Raider story can be is boring, and unfortunately, Tomb Raider: Inferno seems to be intent on achieving just that. After being captured in the final pages of the first issue (and seriously, how in the world is she alive after that?) Lara awakens to find herself tied up and suspended hanging over the enormous pit that is drawing the attention of so many archaeologists, adventurers, and villains; most notably, the nefarious Trinity Organization. This may seem like a cool, James Bond style setup for Lara to bust out and bust some heads, but nothing like that happens. 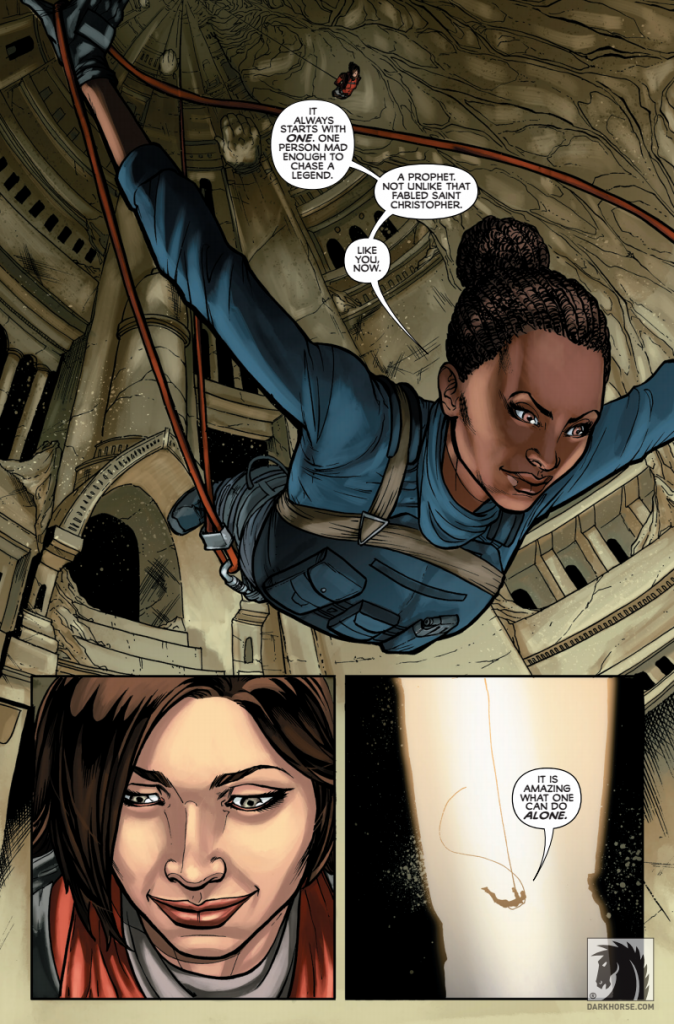 Most of the story sees Lara slowly being lowered into the pit while she is accompanied by the villain of the piece, Nadija Katlego; a Bosnian Muslim who I think is supposed to be cool, but is instead a bore of a windbag who narrates the entirety of the book. That is not an exaggeration either; the whole second issue is Nadija talking while Lara is lowered into the pit. Lara Croft takes a back seat for the entire issue and the spotlight shines firmly on Nadija the whole time.

Writers Jackson Lanzing and Collin Kelly are obviously trying to create a compelling and exciting character and they even try to elicit some sympathy for her by diving into her tragic past. All attempts at both of these are woefully unsuccessful. Nadija is a consistently sanctimonious blow-hard who LITERALLY does not shut up the entire time. The writers try hard to make her a super-cool, strong, independent, powerful, female assassin, but she is none of these things. I spent the entirety of my time wishing she could take an arrow to the knee so that she could no longer be an adventurer.

Besides the presence of an awful villain, pushing Lara off to the side is one of the greatest downfalls for this book. The first issue gave her little to accomplish outside of climb around ladders and leap off cranes. This issue, however, gives her absolutely nothing to do; she barely even speaks. Although with her endlessly blathering companion, I can understand why. The core of Tomb Raider has always been Lara Croft and her larger than life exploits but this story seems content with her doing nothing exciting or heroic and relegates her to merely be a presence that is recognized by those around her, but not affected by her. 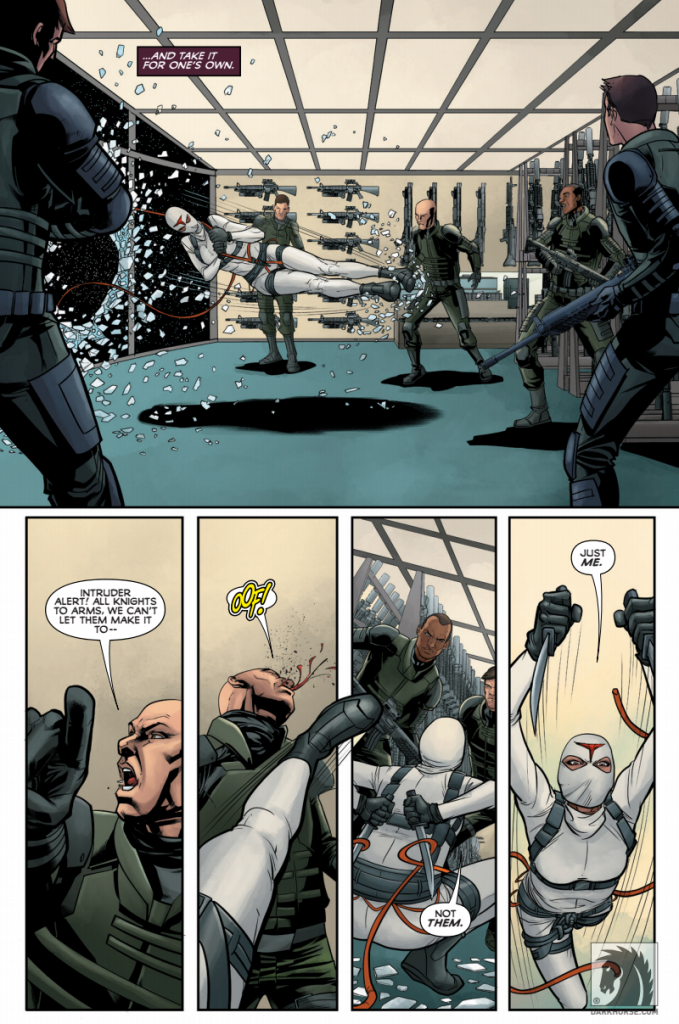 It’s also a rather barren story. There really seems to be nobody present at this amazing archaeological find. There’s plenty of large-scale machinery about, and Nadija accuses Lara of killing her men, but if you read the story, it is obvious that Lara killed absolutely nobody. A few people showed their faces in issue #1, but they have disappeared now and I don’t know where we’re all supposed to think that they went. Perhaps it’s just me who this bothers, but it really stuck out to me.

On the plus side, the art is pretty decent. Besides Lara occasionally looking like Maya Rudolph, character models are nice looking. The biggest draw when it comes to the art, however, are the backgrounds. We aren’t given a whole lot to look at for most of the book, but the dig site is very reminiscent of past Tomb Raider games and the location evokes the essence of those classic titles. The final few pages also show off some nice looking panels in which we find the crux of the archaeological dig itself. If nothing else, it sets up an interesting proposition for the subsequent issues.

To be honest, you’re better off playing Tomb Raider: Dark Angel on your old PS2. For what it’s worth, that’s a terrible game, but you’d still be better off.