**Warning Spoilers for Detective Comics #984 Below**

In the last issue, Hill and company introduced a brand new villain to Batman’s rogues gallery, Karma, and they are a force to be reckoned with as he easily put Duke in the hospital before targeting Cassandra Cain.

Given the enormous threat of this new villain, Batman left Gotham to seek a new leader for his Bat family team and he found one of the best educators in the DC Universe. Not only is he an excellent educator, but he has a radically different view from Batman in how to deal with the Bat family. He also packs quite a bit of punch on his own.

Batman has recruited none other than Jefferson Pierce a.k.a Black Lightning.

“It’s clear our tourist in Gotham will use all of them to hurt me. That can’t happen. I will uncover Karma’s identity, and I will stop him. Until then, all of them stand down–and they will follow your lead, however you choose to lead them.” 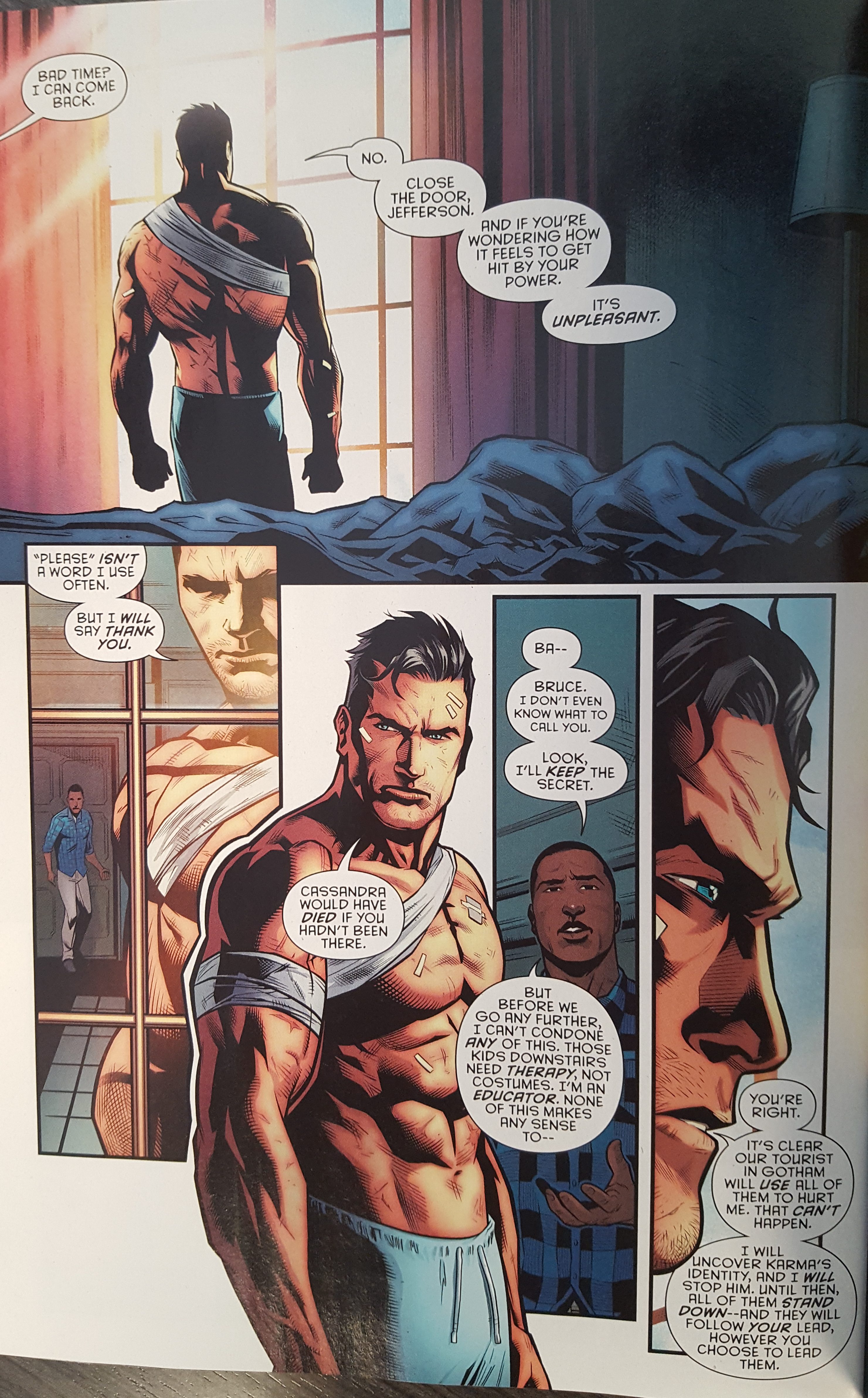 If it wasn’t clear that Black Lightning was now in charge, Batman then gives Pierce a breakdown on the current Bat Family team and how he can deal with them. 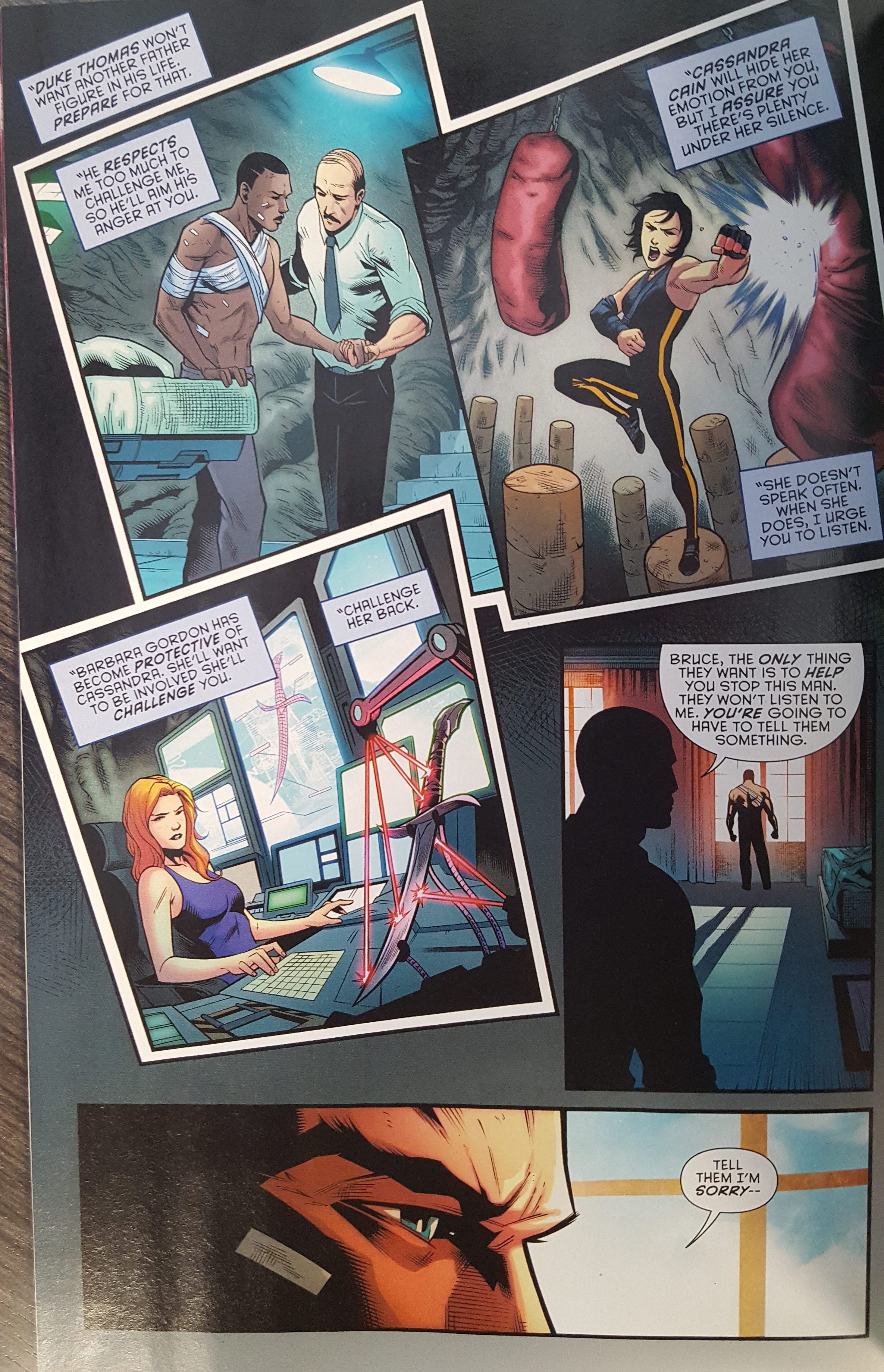 As to why he’s giving up leadership over the team he has worked so closely with. He puts it simply:

“They make me weaker.” 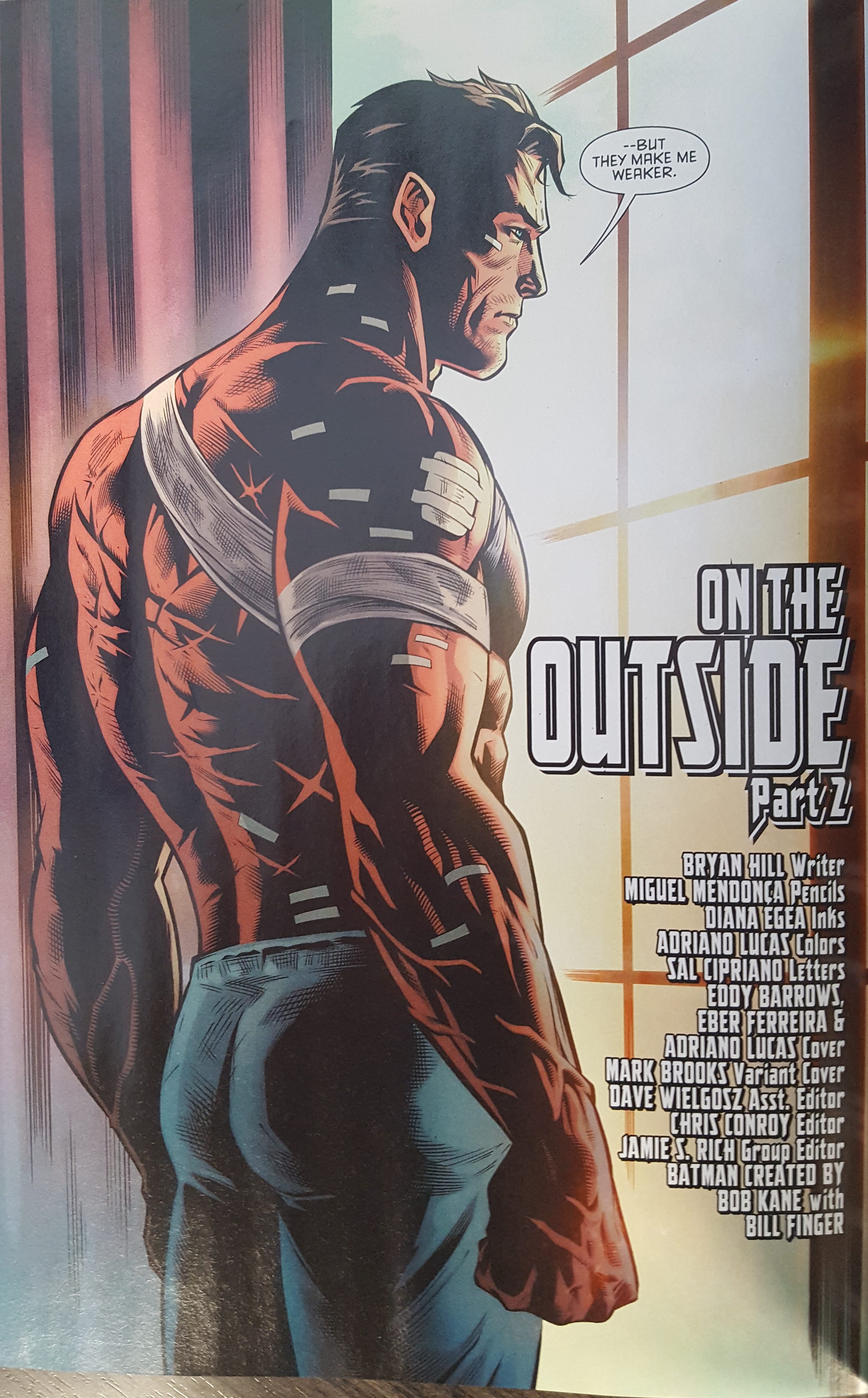 This is the type of Batman story I’ve been waiting to read for a long time. A story that actually has the World’s Greatest Detective solving a mystery. That mystery is the identity of Karma. He’s going to have put all of his detective skills to work in order to solve this one. And he’s also going to figure out how to defeat Karma.

If you aren’t reading Bryan Hill’s Detective Comics you are missing out on one of the best comic stories on the shelves right now!