**Warning Spoilers for Justice League #4 Below**

DC Comics, writer Scott Snyder, artist Jorge Jimenez, and colorist Alejandro Sanchez put the Justice League up against the wall in their latest entry, Justice League #4. The machinations of Lex Luthor and his newly formed Legion of Doom are coming to fruition as they begin to harness the new powers, abilities, and forces that surfaced after the Justice League broke the Source Wall in their fight against Barbatos and the Dark Multiverse in Dark Knights: Metal.

Those machinations include the possible demise of one of the core members of the Justice League. The man who has a plan for it all, gets a major surprise when Lex Luthor outsmarts him and appears to completely eliminate him from the picture.

First Luthor surprises Batman by unloading a number of energy cannons on Batman’s ship as the two fight within the body of Superman. 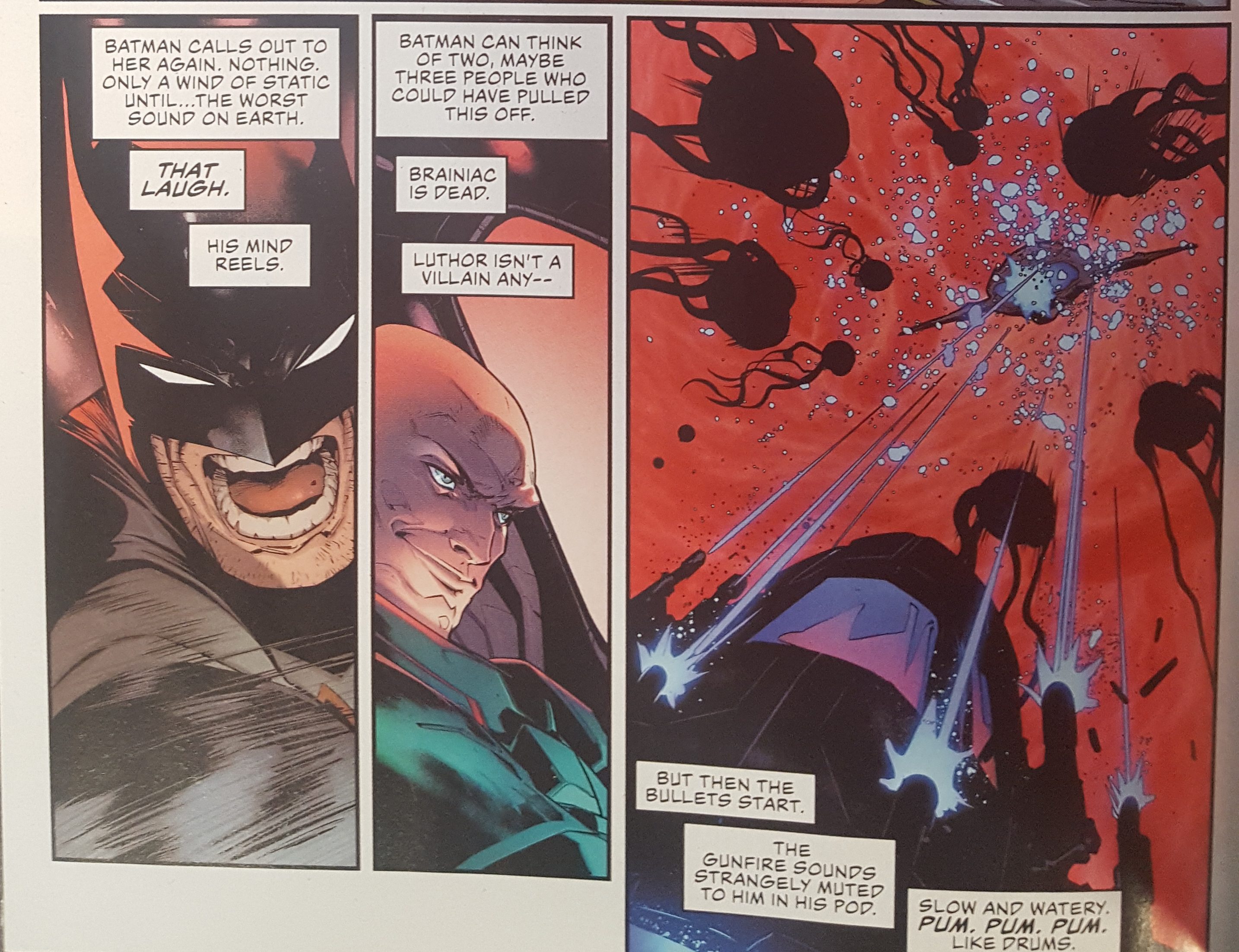 Luthor’s surprise attack forces Batman to abandon ship. But once he’s out of his ship, he’s exposed to the evil antibodies populated by Superman’s exposure to The Totality. One of those antibodies gobbles up Batman in one giant chomp. 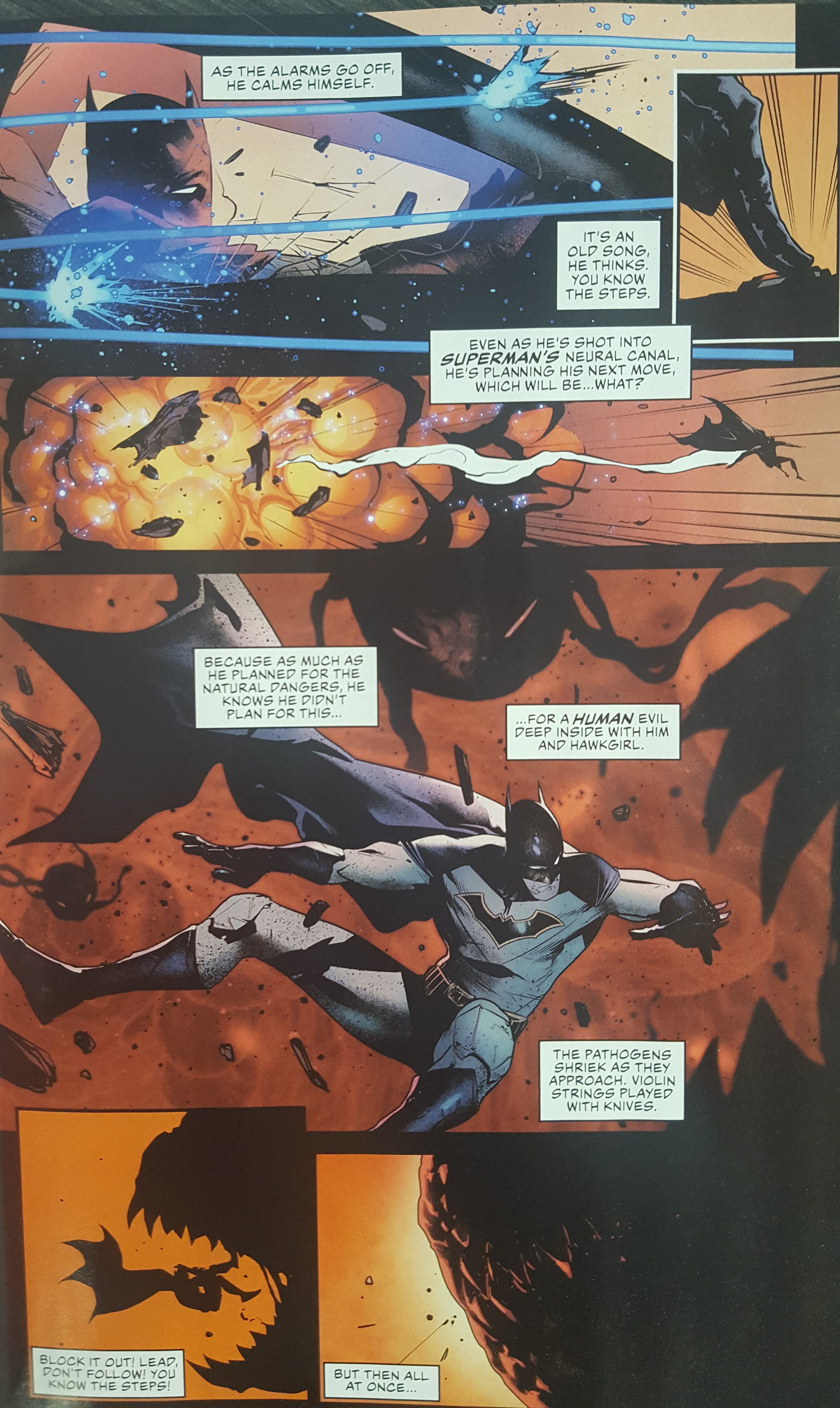 Could this be the end of Batman? Most likely not. However, how he will get out of this situation will be key if the Justice League stand a chance of defeating Luthor and his newly formed Legion of Doom.

Snyder and Jorge Jimenez have been absolutely killing it in their Justice League series. This is what you want out of a giant team-up book. It’s got action, suspense, and drama. But it’s also got larger than life consequences. And at the heart of the story is a giant mystery waiting to be uncovered. Even more is the journey to solving the mystery opens up more mysteries and new parts of the DC Universe. This might sound like a weird comparison, but I feel like I’m a member of Starfleet, when I’m reading this book. I’m uncovering the mysteries of the DC Universe and getting to explore a brand new world with entities and powers I still don’t fully understand. If you aren’t reading Justice League you are missing out on some excellent storytelling!