**Warning Spoilers For Infinity Wars #1 Below**

Marvel Comics, writer Gerry Duggan, artist Mike Deodato Jr., and colorist Frank Martin have killed off one of the prime members of the Guardians of the Galaxy in the pages of Infinity Wars #1.

Not only do they kill off one of the prime members of the Guardians of the Galaxy, but they reveal just exactly who is hiding behind the mask of Requiem.

But before we get to the big reveal, let’s provide some context. Doctor Strange has called a meeting of the Infinity Watch in order to determine what they will do with the Infinity Stones. Their primary goal is to ensure that Thanos can not get his hands on them. However, little do they know that Requiem has already killed Thanos and left his body to rot with the dead Chitauri. 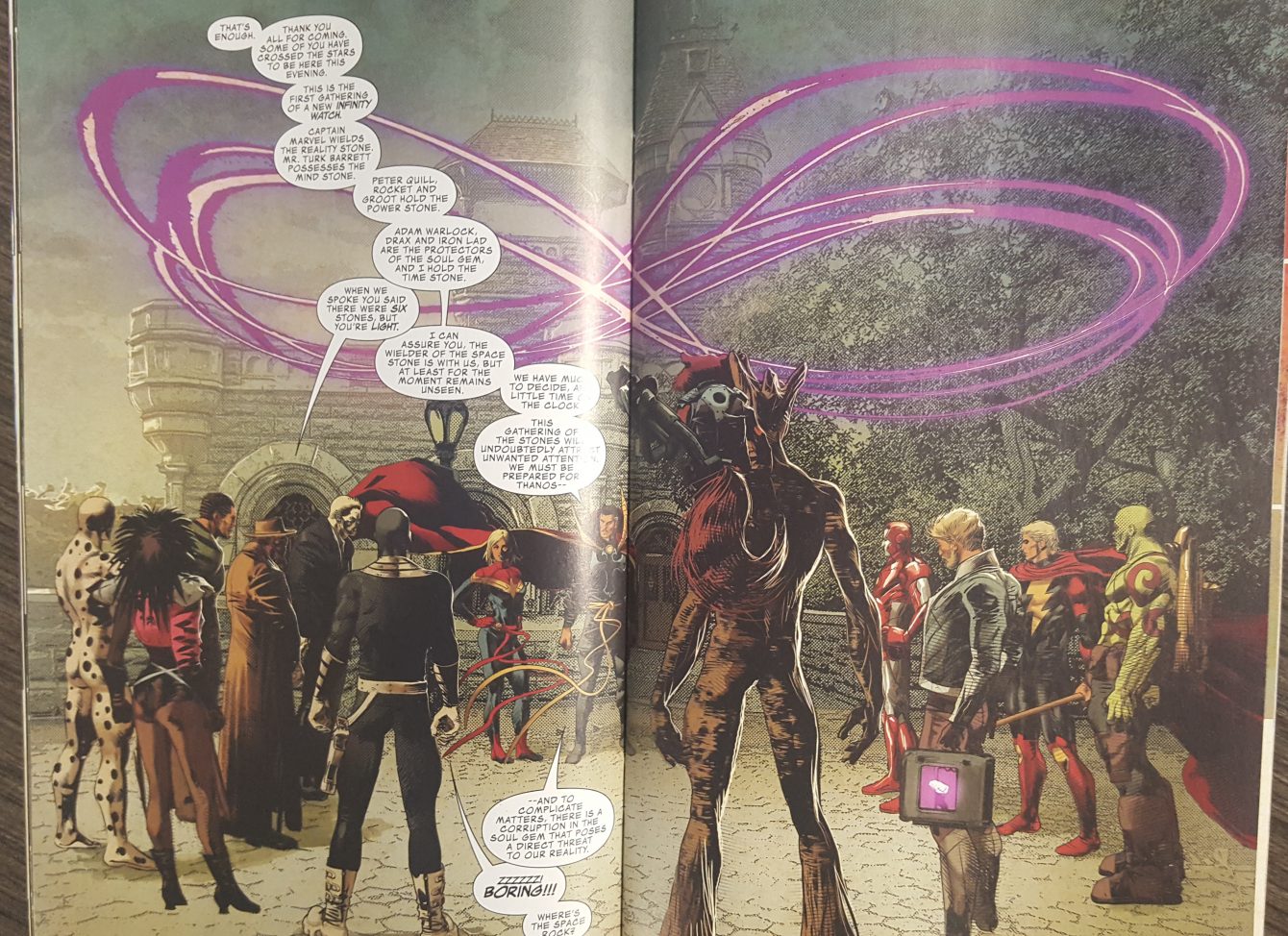 Thanos isn’t their only worry. There is also a monster wreaking havoc within the Soul Gem. It appears to be consuming everything in its path. Not to mention, other realities are facing their own destruction at the hands of Requiem and Devondra.

But given all of the people who hold the Infinity Stones including Daredevil foe Turk, the meeting is on shaky ground. To make matters worse Turk has brought a menagerie of  New York villains including Bullseye, Sandman, Typhoid Mary, Tombstone, and Spot to act as his muscle.

As you might have guessed the meeting goes south and a fight breaks out. As the two sides begin fighting. Requiem arrives and tosses Thanos’ head at this newly formed Infinity Watch. The former Guardians of the Galaxy are the first to react to this new threat as they each try and take Requiem on one at a time. It doesn’t work. As Requiem controls the Power Stone.

But Rocket Raccoon’s frontal assault does unmask Requiem and reveals the villain to be Gamora. 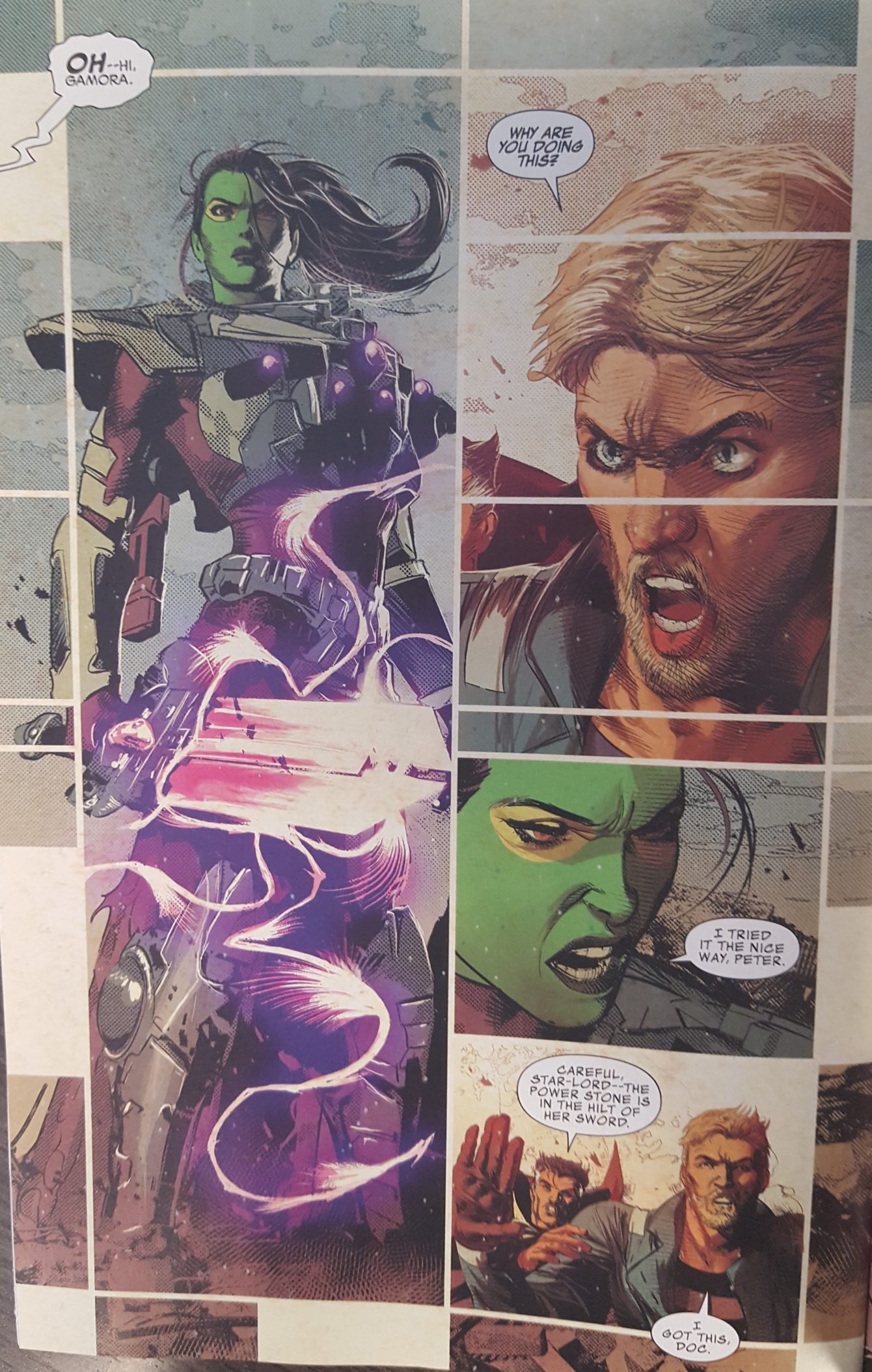 When the Infinity Watch including Star-Lord a.k.a. Peter Quill refuse to hand over their Infinity Stones, Gamora drives her sword straight through the chest of Peter Quill after telling him, “Nothing ever dies, Peter.” 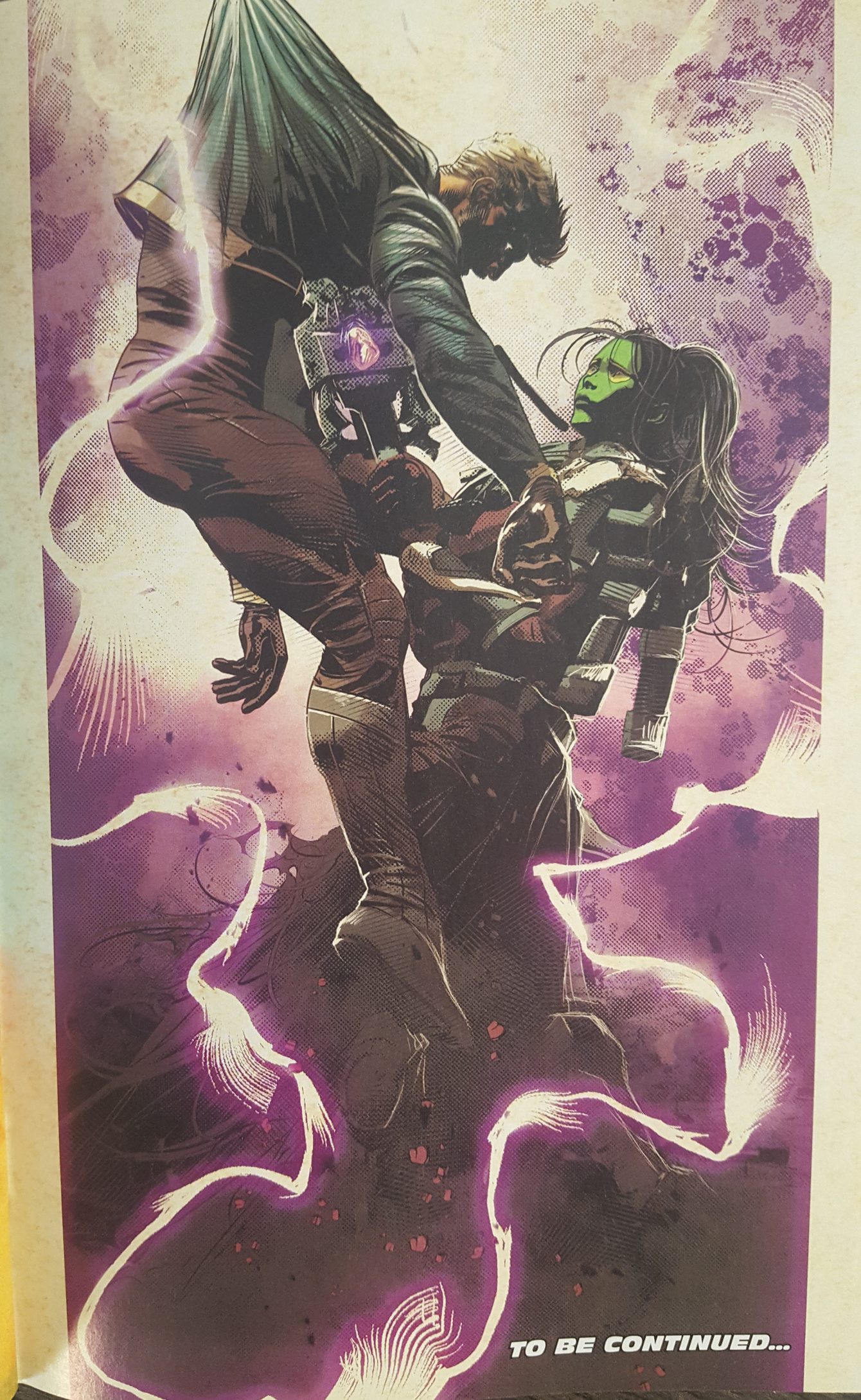 What do you think about this reveal? Were you expecting Gamora to be Requiem? Would you have liked Marvel to have introduced a new villain in Requiem or are you satisfied with it being Gamora?