[easyazon_link identifier=”9527303001″ locale=”US” tag=”boundingintocomics-20″]Alt-Hero #1[/easyazon_link] ended on a cliffhanger and Alt-Hero #2 took a completely different route by leaving the cast from the first issue behind and focusing on an entirely new set of characters. I didn’t really know what to expect with [easyazon_link identifier=”B07G5JDBCD” locale=”US” tag=”boundingintocomics-20″]Alt-Hero #3[/easyazon_link] as I almost assumed that we’d be swept away into a new conflict with new heroes to meet and as much as I like being introduced to new characters, I was a little wary of hero overload. Fortunately, things pick up in issue #3 pretty much where we left off in issue #2. The story of The Hammer, Reb, and the rest of the crew takes some interesting turns here and although there is little in the way of action in this issue, it’s still an interesting and engaging read. 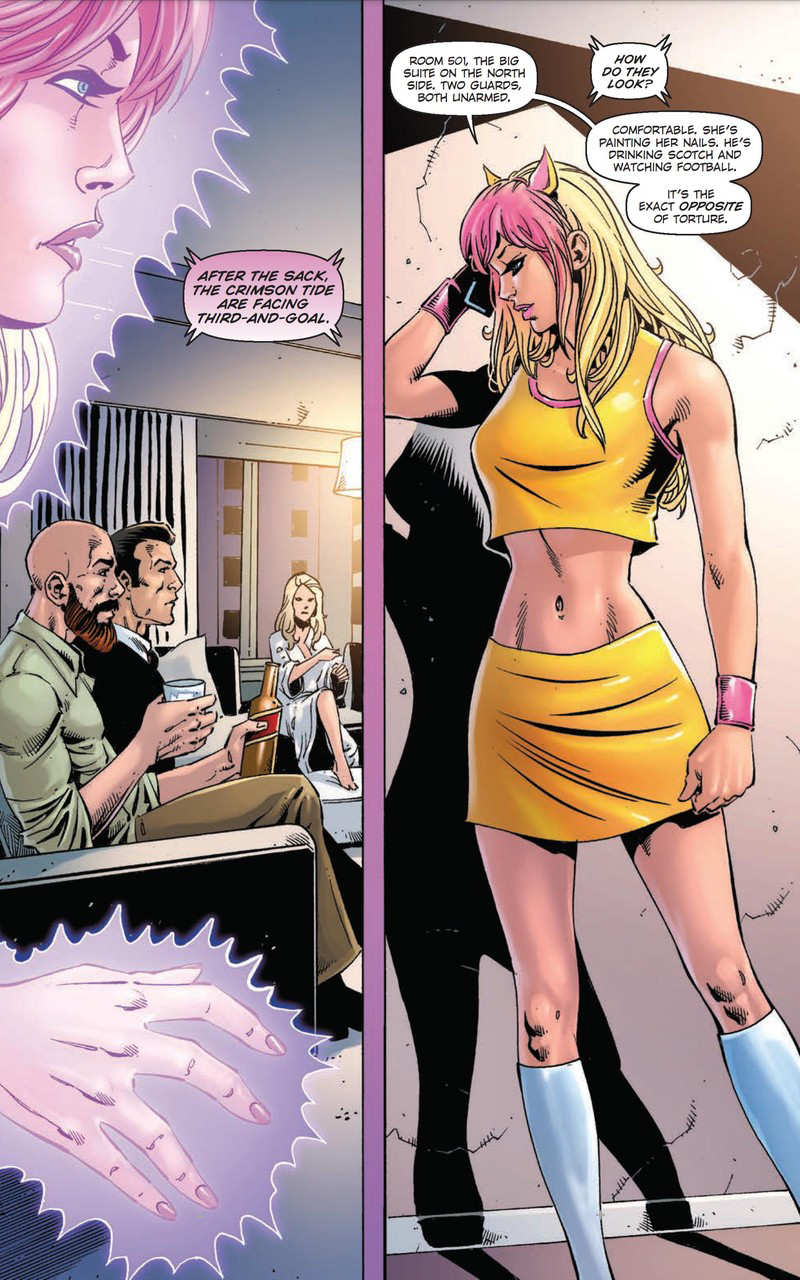 Now that Reb is safely rescued and in the company of her fellow rebels (pun not intended) the shadowy government officials who wish to bring all the super powered individuals under their wing decide to take drastic measures to tempt them out of hiding in an attempt to capture them. Rebel’s parents are “kidnapped,” but instead of busting in and rushing to the rescue, our heroes bide their time and decide to give their enemies a taste of their own medicine. It’s an interesting direction to take the story and the somewhat nonpartisan attitude of our heroes helps to make them feel a bit more fleshed out and realistic, as opposed to the Lawful Good alignment that many comic heroes take.

That, in and of itself, is what makes this issue as compelling as it does. In a different comic universe, I might almost find this kind of issue boring, but because of the world Alt-Hero is set in and the personality of the characters in it, it works better than it should. Kidnapping someone’s parents, or anybody for that matter, is a heinous act, no matter how well you treat them after you have them. It’s something that we have learned is never an option for a “good guy” and although the “abduction” of Rebel’s parents is painted in a negative light, our crew of heroes has little trouble turning around and doing the same thing to the families of their enemies. Although some of them question their actions, they ultimately comply. It allows everyone in this universe to exist in a morally gray area and it serves the story well as it keeps the story grounded and reflects our own world without devolving into some statement on society that we don’t really want to read about. 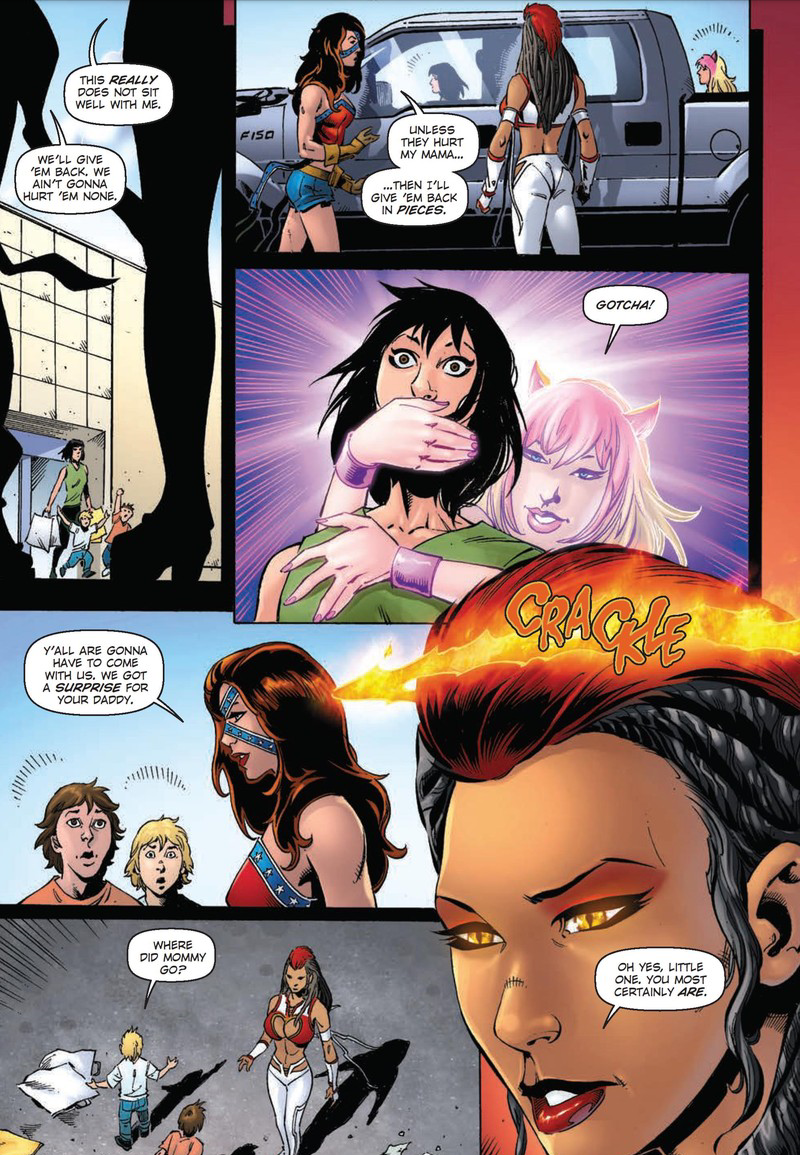 The trade-off for a deeper dive into the moral compass of both our heroes and the oppressive government is that we have an issue that offers very little in the way of action of any sort. I’m a big fan of slower burn stories with only a sprinkling of action here and there, but this issue is almost devoid of any of the excitement that the previous issues have offered. There is also a LOT of talking, almost to the point that I thought Scott Snyder may have been a guest author. (Just kidding, Scott. Love your stuff! Write Severed 2!) The whole issue is exposition heavy and there’s plenty of world building going on here. It’s apparent that the creative team has a large and detailed vision of all the interlocking pieces of this universe and as such, they have to take the time to let it play out on the page and give the reader as good a look into as we can get so that we can feel invested going forward. As a result, we will, inevitably, get issues that have our heroes spending more time explaining things than they do punching things. Not that it’s necessarily a bad thing.

Even with its slower pace, the world that’s being expanded on in [easyazon_link identifier=”B07G5JDBCD” locale=”US” tag=”boundingintocomics-20″]Alt-Hero #3[/easyazon_link] is an interesting one and this issue, more than any before it, sends some harrowing echoes throughout its universe that will, eventually, come to an explosive head. I am thoroughly interested in seeing how this will all play out and I fully expect to see people switching sides before the end. It echoes with shades of the best parts of Marvel’s [easyazon_link identifier=”078512179X” locale=”US” tag=”boundingintocomics-20″]Civil War[/easyazon_link] storyline (the first one, not that second one) and anyone who takes the time to invest in this new comic universe will, I believe, be as exited as I am for the future. With art that continues to improve every issue and a handful of conflicted heroes fighting for what they believe is right, Arkhaven Comics has a great thing going with Alt-Hero. Issue #3 is less exciting, but no less satisfying.