Artist Jon Malin is a very busy man of late. Not only is he working on Jawbreakers – Lost Souls with Diversity & Comics’ Richard Meyer and Brett R. Smith, but he’s also about to launch another IndieGoGo with co-creator Mark Poulton for Graveyard Shift.

We got the chance to chat with Jon about his upcoming project, what his views on the current comic industry are, and get an update on Jawbreakers – Lost Souls.

Bounding Into Comics (BIC): Thanks for taking the time to chat with us about Graveyard Shift!

BIC: What can you tell us about Graveyard Shift? What can we expect to see in this story?

Jon: GRAVEYARD SHIFT was created in 2010 by my co-creator Mark Poulton (HAWKMAN, AVENGELYNE,CAT NAMED HAIKU) and myself. It’s a homage to the Superhero, Horror, sci-fi we grew up on. Much like how Star Wars was built around Kurosawa’s HIDDEN FORTRESS and the FLASH GORDON serials of old, we wear our influences on our sleeves. Readers should feel a sense of nostalgia throughout as we introduce an entire cast of characters and world for them to submerge into.

In it’s simplest description it’s– WHAT IF the Universal Monsters were the X-Men! We took the classic trope of science experiments gone bad as our foundation for their origins much like many of the classic Marvel heroes were created, here we have scientists forced into their own experiments including resurrection chambers that were made to revive soldiers killed in action into stronger, faster, undead killing machines. 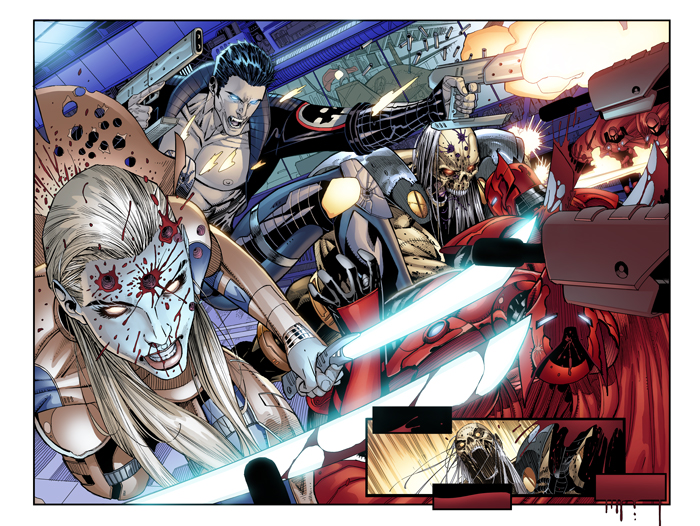 The resurrection process is described in the book by our bad guy as being so effective that Generals will want their own troops to die as fast as possible to be re spawned into undead super soldiers giving them battlefield advantage within hours… of course our bad guy funding these experiments has plans within plans.

BIC: You mentioned Graveyard Shift was the work that got you hired by Marvel, has it previously been published?

Jon: We printed a preview copy about 6 years ago that we released at a Wizard World Philly Con, the work aged so a few years ago I redrew those pages and completed 46 pages of art, as I was drawing these pages I sent them off to Marvel. Eventually they brought me in for THUNDERBOLTS and then CABLE. Those 46 pages make book 1 of 2.

BIC: You collaborated with Mark Poulton for this project, what was it like working with him?

Jon: I say it all the time, Mark is the nicest guy in comics. He brings an angle to Superheroes stories that keeps it fun where my ideas tend to be of the more serious nature and through that we strike a balance which I think works out extremely well. We’ve been friends for years and for good reason.

We also have the fantastic colors of ZEE! He’s also a longtime friend that has always been there to help us out, even recently he colored a piece for my Patrons. 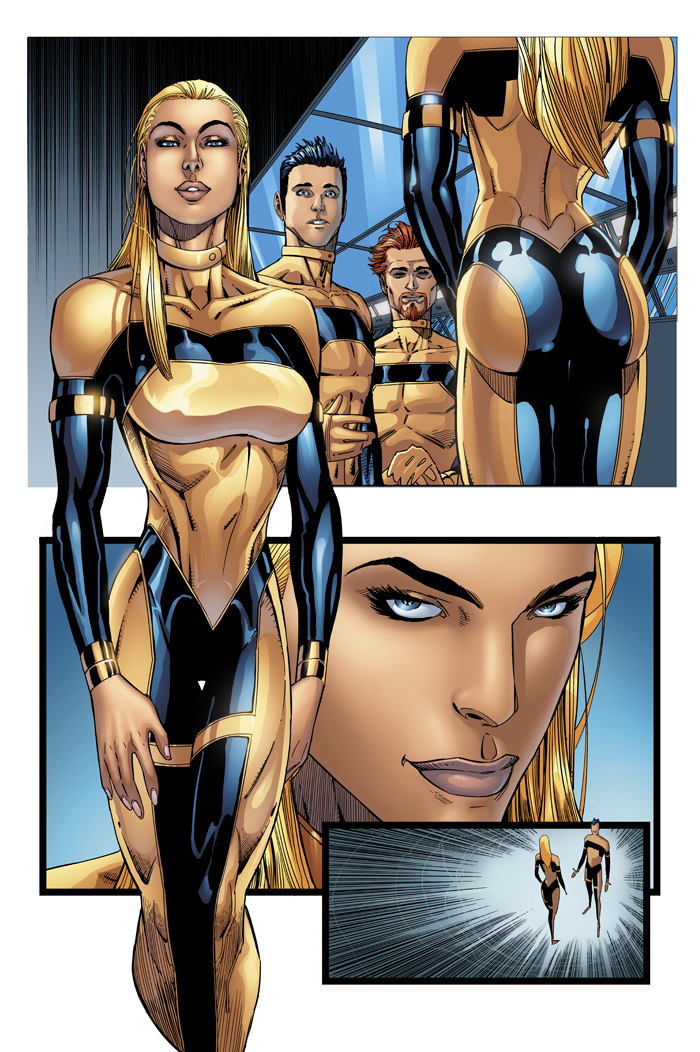 BIC: You mentioned in your initial announcement about the project that you will be crowdfunding on IndieGoGo, will there be any special perks?

Jon: Yeah, so that preview book I mention from about 6 years back, Mark went through his storage and found about 65 copies and is looking for more so we’ll add those into the campaign for anyone interested. It’s not as polished and you’ll easily see the difference, fun for artists for sure to see growth.

BIC: Do you have any stretch goals in mind?

Jon: We’re kicking around some basics like book marks, I heard there’s a “Comicsgate” trading card idea and I’ll be checking into that. Overall we’ll keep it very simple until we understand the process and expenses better, book 2 campaign, which I hope to launch in the spring will probably be more extravagant for stretch goals.

I’m a firm believer that having a You Tube channel with 50-60k subscribers or better is the main driver of sales for projects like JAWBREAKERS and CYBERFROG so I’m hopeful to compensate a bit to help raise somewhere between 10-50k with a couple of extras in the stretch goals that JAWBREAKERS didn’t really use much of.

BIC: Does Graveyard Shift connect to the Jawbreakers – Lost Souls world at all or are they completely separate?

Jon: Completely different worlds. I’d love a crossover though, I’m a big supporter of ComicsGate doing a massive DEATHMATE style multiverse crossover GN to bring everyone into one book, have all the artists drawing 5-10 pages of an interconnected story.

BIC: Hit that #2 button below to see Jon Malin’s thoughts on the success of ComicsGate and the state of the comics industry in general.