If you read our review of the first issue of Joe Casy’s new comic, MCMLXXV, then you’ll know that I enjoyed it quite a bit and found it to be whole lot of fun! It revels in its own B-movie inspired absurdity and it’s one of the most unique new titles in recent memory. We were lucky to have a chance to ask writer/creator Joe Casey a few questions about himself, MCMLXXV, and the comics industry on a whole. Enjoy!

Bounding Into Comics (BIC): First of all, please tell us a little about yourself! How did you get your start in your writing and how and when did you first become interested in comic book story telling?

JOE CASEY (JC): Comic books have been in my life for as long as I can remember. They’re just a huge part of my DNA. At some point, many years ago, I crossed over the magical threshold from fan to pro and never looked back. 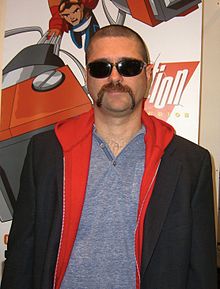 BIC: Do you have any creators/writers/artists that you found to be particularly influential on your own work?

JC: Too many to list. I really think I grew up in the absolute best time to be a comic book reader, when some of the most groundbreaking, genre-bending work was being produced. Just living through the mid-1980s had a profound effect on me that I still feel deeply to this day in the comic books I make.

BIC: You’ve worked on some of the biggest names in comic book lore. How do you feel your experience with those huge names and characters prepares you when you work on newer, lesser-known books like MCMLXXV?

JC: Once you’ve worked on the big icons, it takes the pressure off to have to “prove” yourself in this business. I got that stuff out of the way early in my career, allowing me to concentrate on doing more original work. To me, that was the goal all along, to make enough of a name for myself that I could do these personal projects and they wouldn’t get instantly lost in the endless white noise of our industry. So far, so good.

BIC: Regarding MCMLXXV directly, why don’t you tell us just what is up with that title?

JC: It’s pretty simple to explain. It’s the year that the story takes place. Plus, thanks to our graphic designer, Sonia Harris, it makes for a great logo.

BIC: How did the idea for the story first come about?

JC: I had the vague image of Pamela Evans in my head first. It was like a thunderbolt out of the blue… something so iconic that I couldn’t deny it. I had to follow through. Then it came down to coming up with a story that matched the power of that initial visual.

BIC: A lot of stories, in comics and otherwise, end up looking a lot different than originally envisioned by the time they are in consumer’s hands. Did MCMLXXV go through much change than what you’d originally had in mind?

JC: Not really. For the most part, it sprang fully formed from my head. Sometimes that happens. Once Ian [Ian MacEwan, artist] was involved, I could picture in my mind how good it would look and that’s exactly how it’s turned out.

BIC: Pamela seems to have the potential to be a great protagonist. Her past is touched on a little in the first issue, but do you already have her whole origin mapped out, or are you still feeling it out?

JC: Without giving anything away, I can tell you that a lot more of her backstory will be revealed in issue #2.

BIC: In regards to the setting, the city streets of Manhattan seem like the perfect environment, but was that always your first choice?

JC: Absolutely. The setting, the time period… those things were automatically baked into the concept. We’re telling a modern myth, but to me “modern” doesn’t necessarily mean “today.” Manhattan in the 70s had a particular vibe that is completely essential when it comes to telling Pamela’s story.

BIC: There seems to be a solid, late night B-movie quality to the book, (which I am a HUGE fan of) but the story never ventures into parody as it still takes the narrative seriously enough to engage the reader. Do you guys find it difficult to balance the levity and the over-the-top elements effectively.

JC: I knew going in that we were going to deal with a few exploitation-style elements. But I also knew that all we had to do was to play it relatively straight and the end product would hopefully transcend its influences. But that’s always the idea when I make stuff… to properly honor what inspired me but to push things forward at the same time.

BIC: How do you collaborate with the artist, Ian MacEwan? Some writers take a much more hands-on approach with the artist, while others not so much. What’s the working relationship like between you two guys?

JC: For the most part, I write and Ian draws. There are moments where we might hit the pause button and really examine what we’re doing, just to make sure we’re getting it exactly right. 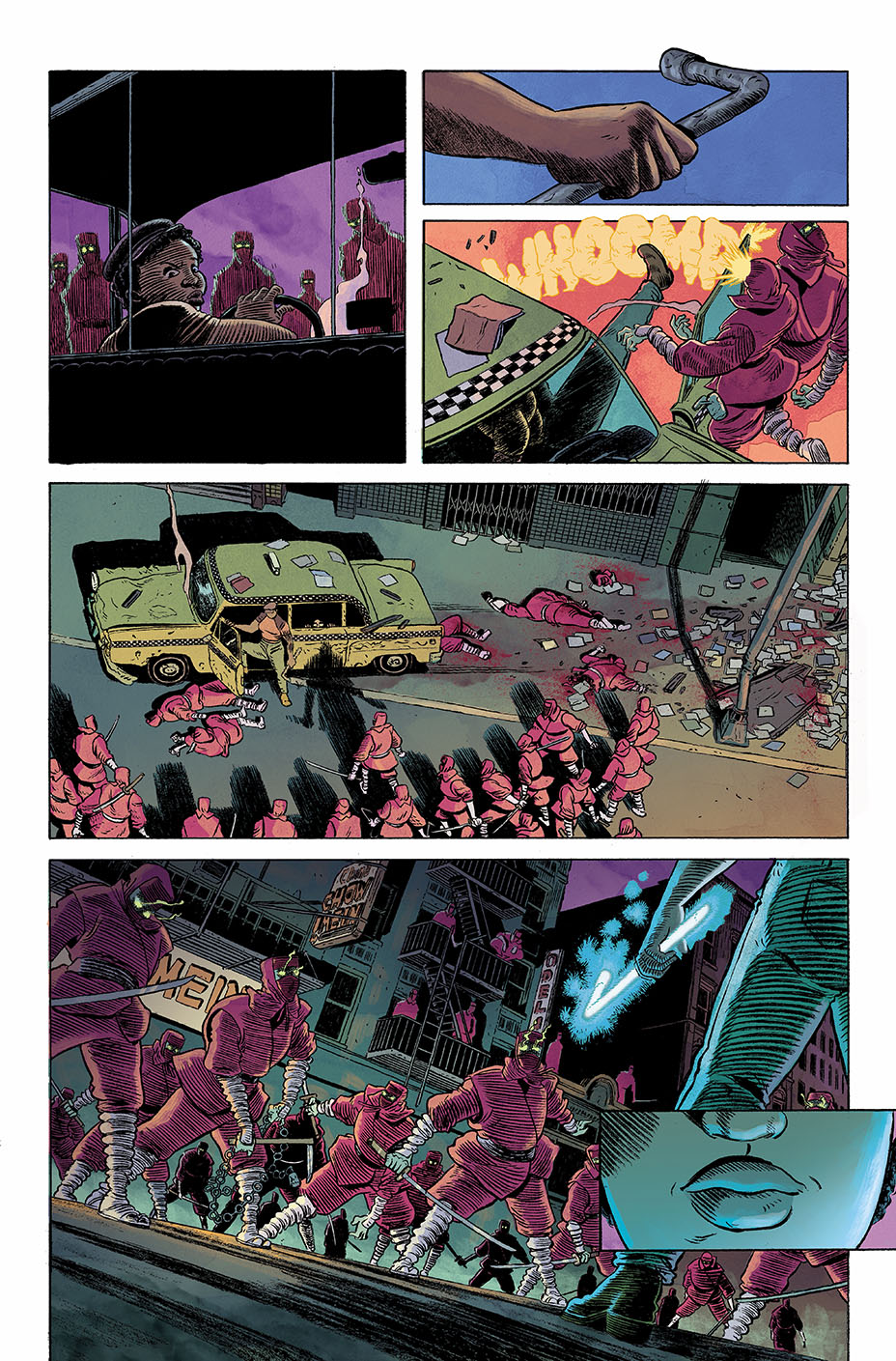 BIC: Speaking towards the comic book industry itself, how do you feel the business is poised to thrive into the future? Do you guys feel that publishers and creators are on the right track, and what are some things you’d like to see change about the industry at large going forward?

JC: Honestly, I don’t often contemplate the state of the industry and all that stuff. I think it is as it’s always been… progress is painfully slow when it comes to the folks who are in charge and where we are on a purely human level, but the creativity that ends up on the page is still going strong. Anyone still worried about the so-called “death of the industry” simply needs to understand that comic books are not an industry, they’re a medium. Comic books are a delivery system for stories, not to mention a means of personal artistic expression. And that’s something that I don’t think will ever die.

BIC: One thing I always like to ask before wrapping up is this: What is one dream property you haven’t had a chance to work on, but would love to in the future?

JC: I’ve no doubt there are things I’ll be working on in the future that I haven’t even dreamed up yet. That’s a big part of what always keeps me moving forward: the potential of the next big idea. I know it’s knocking around in my brain somewhere.

BIC: What are some ways people can keep up with what’s going on with you?

JC: I’m not a social media guy. It’s something that I think has served me well in my career. Certainly it has in my personal life. Having said that… my company, Man of Action Entertainment, has its own social media portals – Instagram, Twitter, Facebook… all that stuff. So if anyone’s looking for me, that’s probably the best place to find me.

We want to thank Joe Casey and Image Comics for giving us the chance to chat and we hope you enjoyed reading a bit about Joe and his work. If you’re even the least bit interested in the premise of MCMLXXV or love late night sci-fi horror movies, you owe it to yourself to give issue #1 a try when it releases on September 12. I doubt you’ll be disappointed!