Yes, this really is a review of Mage: The Hero Denied #11. Just go with it.

I first ran into Matt Wagner’s work in 1984 a few months before he published the first issue of [easyazon_link identifier=”1582400121″ locale=”US” tag=”boundingintocomics-20″]Mage: The Hero Defined[/easyazon_link]. My gaming group was always on the lookout for new things and I had direct ordered a role-playing game box set called Psi World. It was an interesting study in world building, and it came with an awesome Bill Willingham cover. 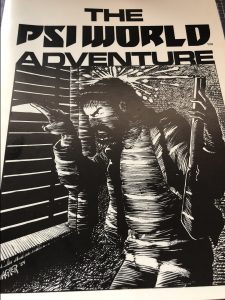 Back then we didn’t have Amazon.com. If you didn’t have a local comic book store, you went to the newsstands and did a circuit around town until you got all your Marvel and DC. We direct ordered pretty much everything else from the publishers or we ordered from the big mailing houses like Westfield or Bud Plant. My particular ordering house was Westfield, and they treated me and my group of friends like kings. Just to illustrate how well run Westfield was, the company split in the early ‘90s when the owners Sherill Anthony and Bruce Ayers divorced. They survived the Diamond Comics choke-hold on the industry. They weathered all the crazy ups and downs of the comics market, and Westfield and Capital City Comics are still in business today. But I digress. 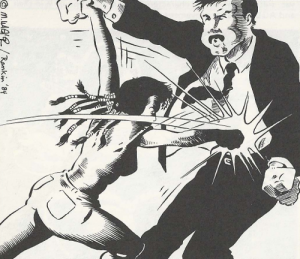 The artwork on Psi World was from something called Bain Sidhe Studio. It listed Bill Willingham, Rich Rankin, Bill Cucinotta and Matt Wagner as its members. I was already in love with Bill Willingham’s art, but there was something about the Matt Wagner drawings. Those first images from Wagner were rough but passionate. They had tons of attitude, and they grabbed your attention right away. A few months after Psi World dropped, [easyazon_link identifier=”1506703283″ locale=”US” tag=”boundingintocomics-20″]Grendel[/easyazon_link] debuted in Comico Primer. A few months after that, along came Mage. 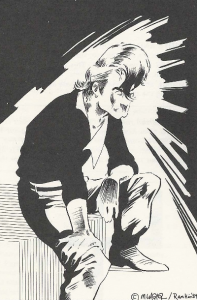 Mage: The Hero Discovered was everything you’d want in a comic. It had great art, great story, and characters we fell in love with form the start. Wagner was a student of mythology and the heroic cycle. We were treated to a modern day retelling of the myth of King Arthur. It was far more subtle and interesting than Camelot 3000 at DC. The series had Brian Bolland, but the story simply put the same Arthurian characters in the same classic situations, on a spaceship. Mage was more loose than that. Its mythological roots ran deep, but the settings and situations were updated. It was grounded in a little more realism. When you read Mage, you felt like this could actually be happening right around the corner.

Mage ended after 15 issues. Some friends were lost along the way. The bad guys were defeated, and our hero Kevin Matchstick lived to fight another day. The final issue ran ads for the next chapter of Mage. We even got a brief interlude with a Mage backup in the ongoing Grendel comic. Then Comico imploded into bankruptcy. It took Mage with it, and it would be 11 years until we got the second series, [easyazon_link identifier=”158240609X” locale=”US” tag=”boundingintocomics-20″]Mage: The Hero Defined[/easyazon_link].

With the Mage copyrights back firmly in his grasp, Wagner sailed through the second series, giving us an older if not always wiser Kevin, and another cast of characters to fall in love with. The second series ended with the big bad defeated, more revelations and secrets, and Kevin Matchstick in love. 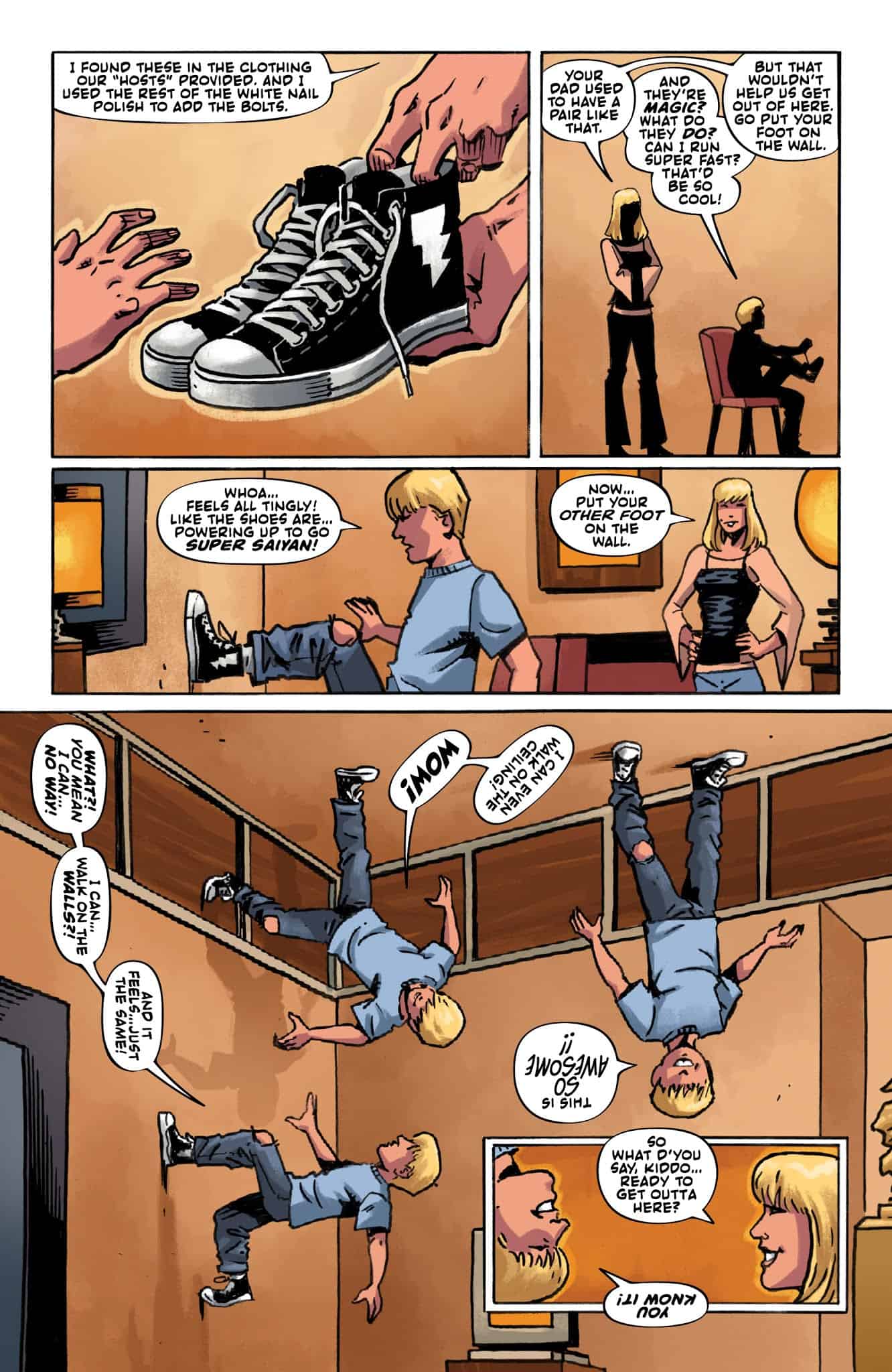 The next time it only took 18 years (apparently the final chapter took a while to cook), but it was worth the wait. So far we’ve seen the Matchstick family go from something Kevin thinks of as almost a burden, to what’s shaping up to be a formidable fighting force.

Mage is first and foremost about growth and change, and Wagner has kept true to the core concepts he set down 33 years ago. [easyazon_link identifier=”B07FNVXK6W” locale=”US” tag=”boundingintocomics-20″]Mage: The Hero Denied #11[/easyazon_link] is out now, and Wagner’s art and story are still on point.

The addition of his son Brennan Wagner as colorist was a stroke of genius. Not only is Brennan an excellent color artist, but he gets his dad’s art like no other. The story is just hitting its apex with Kevin climbing up from his nadir of the last few issues. He finally corners the questing beast he’s been chasing off and on since the series start.

Magda, Kevin’s wife, really gets to shine this issue. She gets to show just how good a parent she really is. We also learn why in a witch on witch throw-down, she could kick Mary Poppins’ scrawny little ass.

The art is great, the story is always beyond phenomenal. If you haven’t been following Mage, it is well worth your time and money. If you need to pick up all the back issues, Image is very good at releasing collected editions and keeping them in print. They are readily available online and at your LCS. If you’re the digital type, Mage is laid out in a panel format that lends itself well to reading it on a pad. Mage is awesome in all its incarnations! Just go buy it! You’ll thank me for it later.