What Happens When a Comic Book Creator is Unwittingly Recruited into the World of Espionage?

If there is nothing else about the acclaimed writer, Brian Michael Bendis, he’s got a very recognizable style. I mean, you don’t even have to read the credits on the cover to figure it out. You can just jump right in and automatically know. In Cover #1, of Bendis’ Jinxworld imprint (under DC Comics), we are awkwardly introduced to the book’s main character, a comic creator by the name of Max Field. After a couple pages of seeing what a Comicon is like through the eyes of a creator- Max is approached by a woman that is in some panels illustrated beautifully, in others, not so much by artist, David Mack. We’ll get to that later. 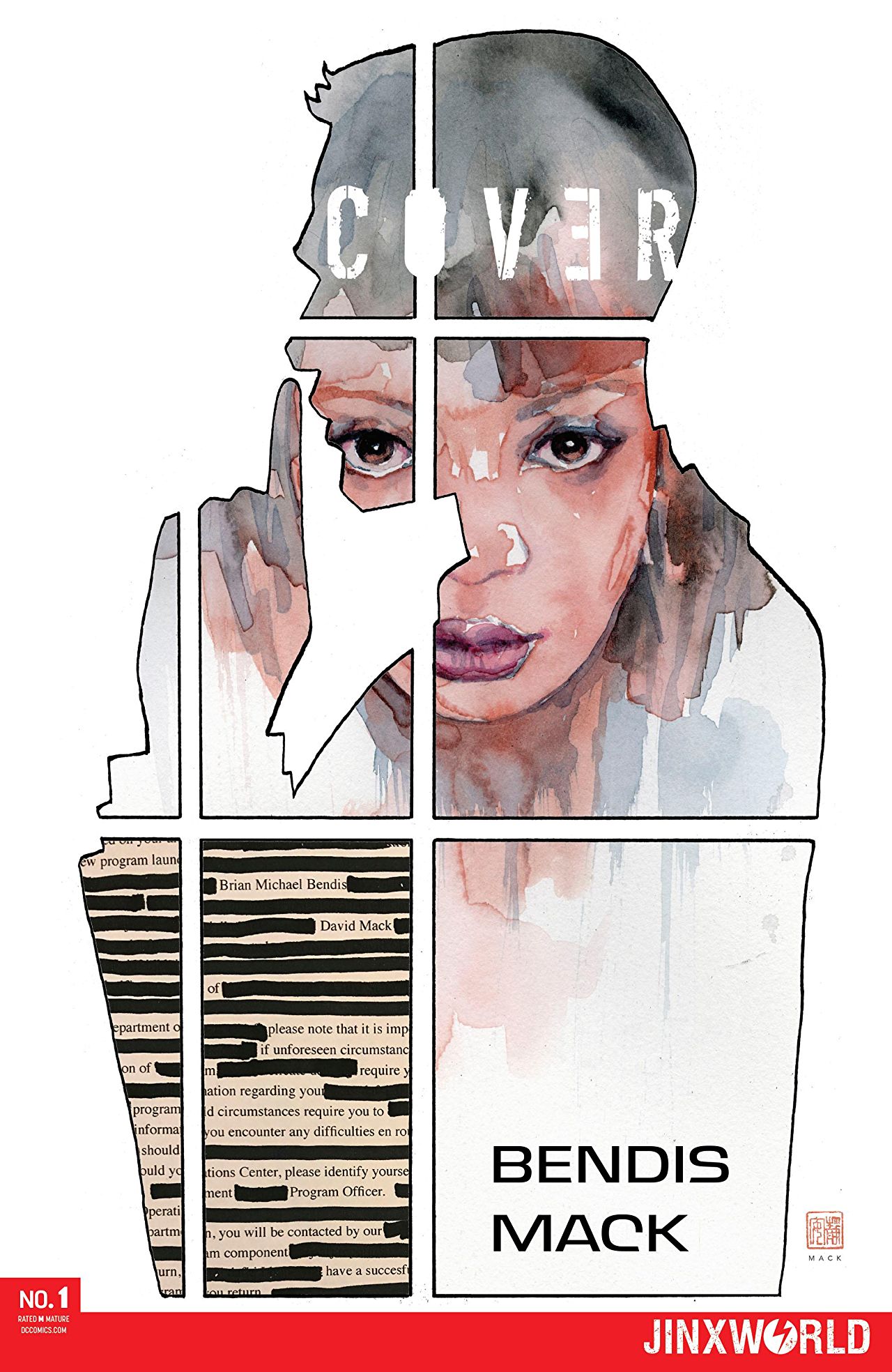 The woman, Julia, is a fan of Max. After making it known that she doesn’t need to be mansplained the difference between an original piece of art and a print, he gives her a ballpark price for several pieces. Julia, in a very odd and condescending manner, tells Max that he shouldn’t “discount” his work, a sentiment Max bumbling-ly agrees with. While this wasn’t exactly Bendis preaching to his audience, it’s obvious something he felt that readers just needed to hear. Maybe with a finger-snap to cap it off. Unfortunately, this strange initial exchange between the two characters is fairly representative of what to expect for the rest of the book’s dialogue.

I can’t help but feel that Max Field (whose appearance reminds me a lot of David Mack) is how some modern-day creators see themselves. Humble, and soft-spoken. There’s even a page where we have Max, explain to a crowd what it’s like to be a creator, and then be asked to sell and endear themselves to fans. Because, you know, that’s weird. Julia is a mysterious, attractive, young woman that’s particularly interested in Max, something that makes him uncomfortable, due to being portrayed as intolerably, socially awkward. 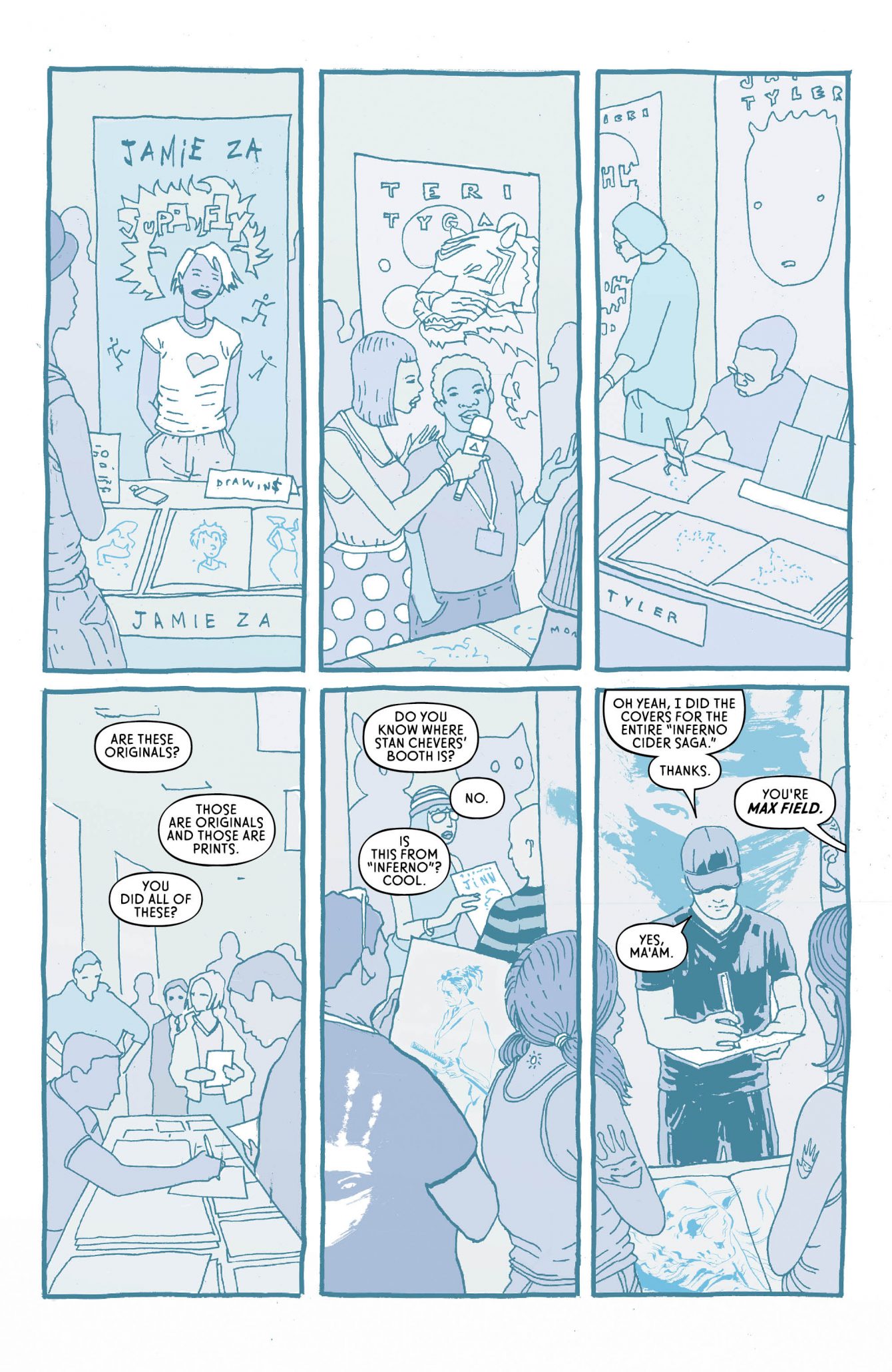 “There are flaky flakes in the world.”

As Max works the international Comicon circuit, the two bump into each other again in London. After buying more of his art, the two sit down to dinner and engage in what I can only describe as the silliest, one-sided game of verbal cat and mouse I’ve ever had the displeasure of trying to navigate from one bubble to another. Think, The Man from U.N.C.L.E. but executed in a much less elegant and clumsy fashion. The dismount from this scene doesn’t help much but it does crank up the intrigue. Just a bit.

As stated before, the art in Cover is handled by the undisputedly accomplished, David Mack, someone that is no stranger to working with Bendis. He’s probably best known for his work on the Marvel comic series, Alias. His watercolor art style even inspired the promotions and intro of the Netflix series Jessica Jones. Mack’s work is easily the best part of the book, but at the same time, it can be the most distracting. At least, for me, that is. 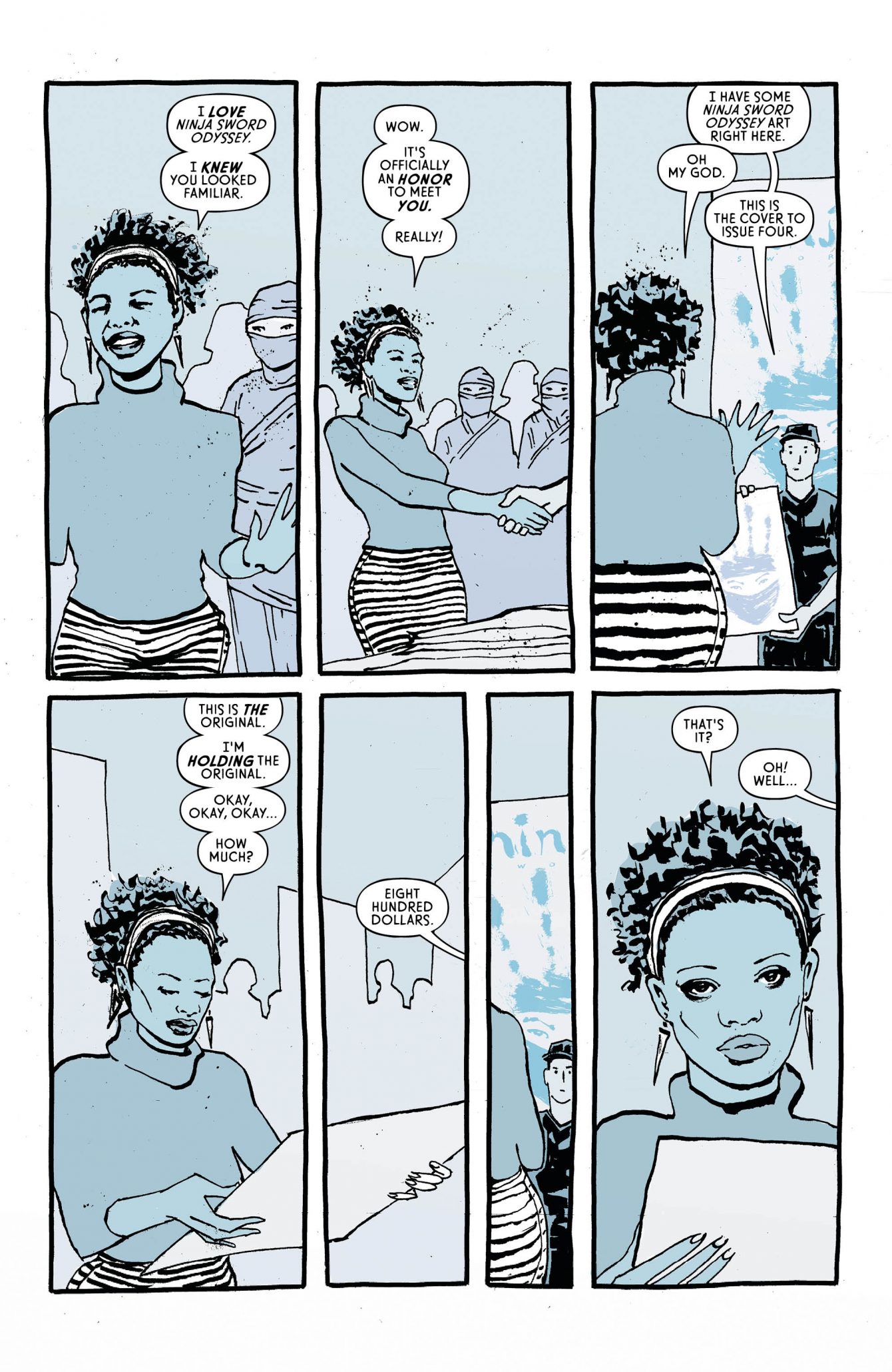 The visuals in Cover are consistent throughout, everything in the foreground is illustrated with a level of detail that the back doesn’t really receive, which is fine. He keeps you focused on what’s important. My only real gripe comes with the Julia character who, in my opinion, looks little like she did when we are first introduced to her at the beginning of the book compared to the next two times she is present (perhaps it was done on purpose?). Even then, she’s illustrated better in some panels than in others, where at least one of her features come off as a bit exaggerated.

Cover #1 isn’t a bad book – but it’s not great either. It’s an alright start and it has the potential to be interesting for anyone that’s into the spy genre. However, under Bendis’ pen, it suffers from the same problems as most of his books tend to. He’s trying too hard to capture intrigue and suspense. Nothing feels organic. A book of this nature requires a certain level of self-awareness. Despite several attempts to demonstrate that within Cover, I just don’t think Brian Michael Bendis actually possesses much of the trait.