[easyazon_link identifier=”B07GZYXQWQ” locale=”US” tag=”boundingintocomics-20″]Gun Ghoul: Raising the Dead[/easyazon_link] collects Gun Ghoul issues #1-4. I really enjoyed issue #1 when I reviewed it a while back and I was anxiously looking forward to being able to finish the story to see how things panned out. There were some characters I wanted some more backstory on and some events I wanted to see some resolution for. While this first collected graphic novel didn’t explain everything I was hoping for, it’s still a great read and lays the groundwork for what will hopefully become a fully realized universe.

Fans of revenge stories (like me) will have a great time with Gun Ghoul. The story revolves around a supernatural vigilante, the titular Gun Ghoul, who is picking off various mob and crime bosses. The police are pretty much helpless when it comes to tracking him down, which also allows some of them to question whether or not they should even be trying to stop him as he seems to be kind of doing their job for them. Crime bosses are scared, police are baffled, and justice is being meted out in a way that seems VERY familiar, but what keeps this story fresh and engaging is the fun supernatural aspect as well as a host of genuinely great characters. 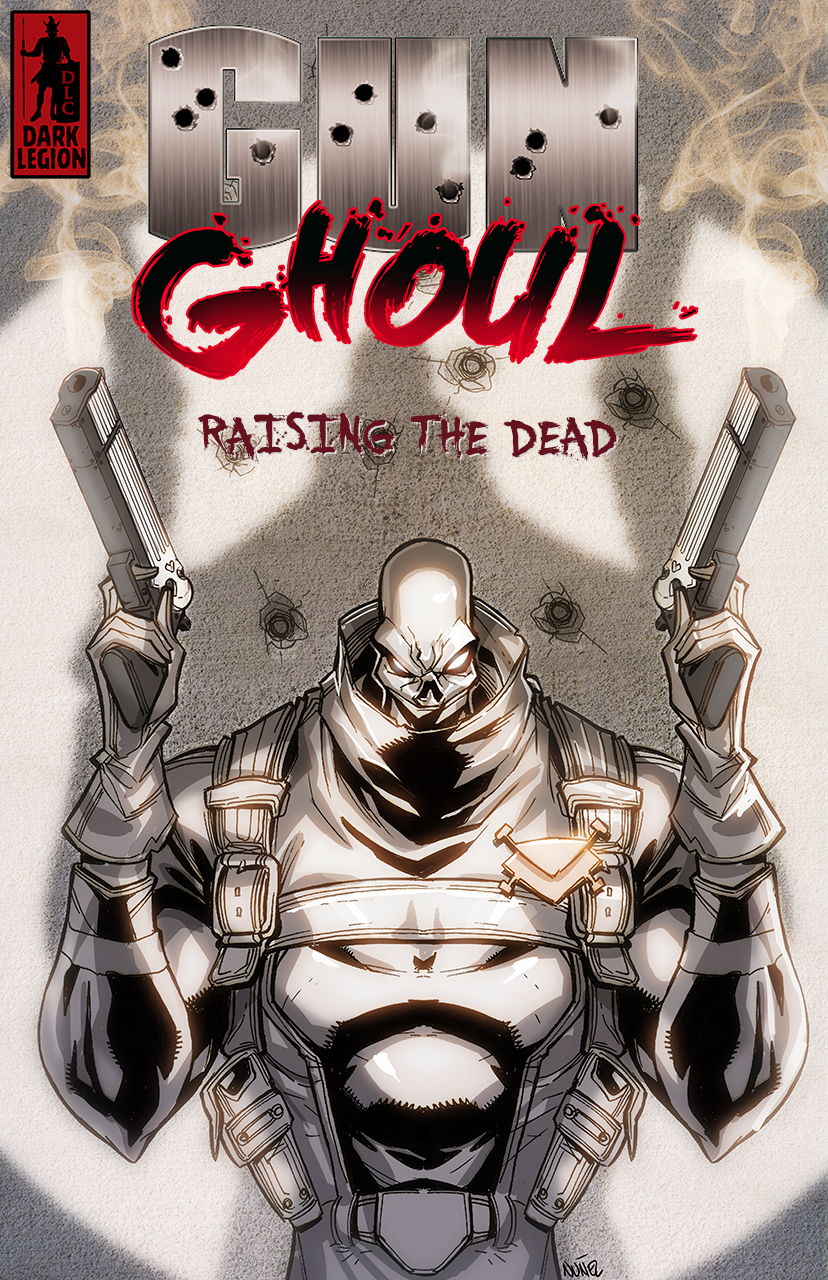 Gun Ghoul himself is relentlessly cool. Both aesthetically and conceptually he echoes shades of The Punisher and Ghost Rider in the best possible ways. If that sounds like a good deal to you, then you will love this character; I sure did. He is a pure force of nature who exudes violent grace in every panel he inhabits. His plight is intriguing and it’s amazing that he is such an interesting character while also being incredibly one-note. It’s a testament to the great writing by writer Will Caligan to be able to infuse so much charm into an undead specter who has no right being as interesting as he is.

Most of the rest of the cast of Gun Ghoul is a lot of fun as well. The main villain is genuinely threatening and the police on the trail of Gun Ghoul both have compelling backstories that get an impressive amount of page time. Their fleshed-out stories lend a great sense of weight to the narrative and allows the reader to connect with these side characters in a way that a lot of comic stories don’t afford the audience. It helps the story to feel as if it is populated with real characters who are worth rooting for. Add to that the fact that some of them have some supremely cool super-powers, and you’ve got a good mixture of human drama and supernatural fun.

However, from a character standpoint I’d have to say the biggest misstep is with the characterization of one of the main villains, Crimson Hood. Aside from the obvious similarity to the name of DC’s Red Hood, his personality is so similar to that of Marvel’s Deadpool that it becomes distracting. Granted, he’s funny and is appropriately annoying, but every line he spoke reeked of something the Merc With a Mouth might say. Heck, he even LOOKS an awful lot like Deadpool. I’m certain the creative team was entirely aware of this and perhaps it was meant as homage, or gentle ribbing, but I found it distracting. 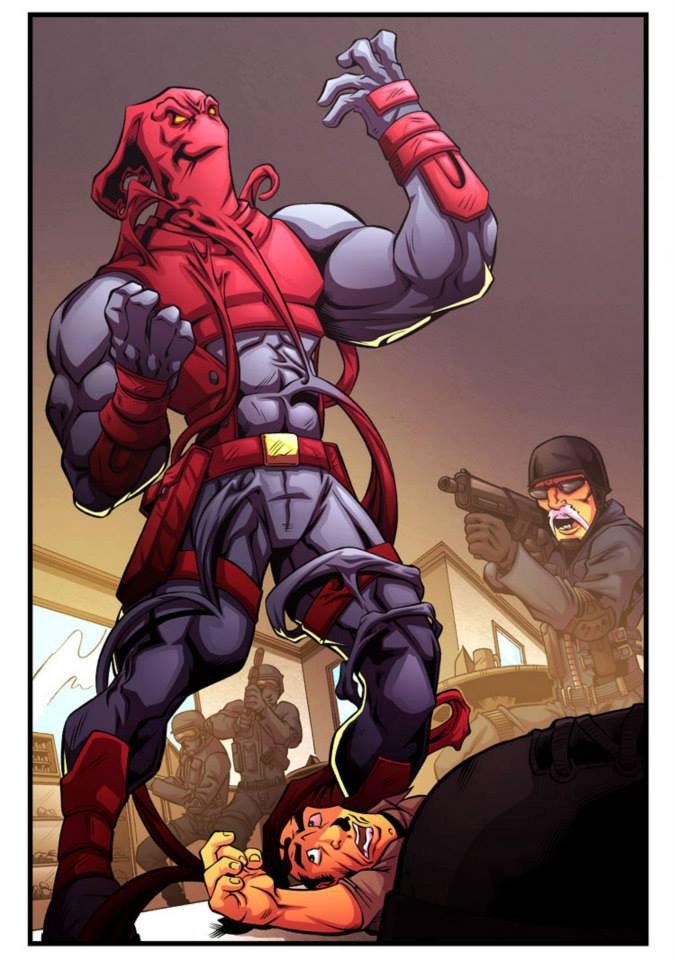 The worst part of this is that besides that, Crimson Hood is an EXCELLENT character. He’s unbelievably powerful and has some awesome and terrifying powers that would have made him one of my favorite new comic villains had it not been for his distracting similarities to Marvel’s mouthy character who I, personally, do not care for at all.

The artwork is, largely, fantastic. I love the cartoony, highly stylized characters and Bob Raymond does a fantastic job of framing action and displaying some awesome kills. The book is HIGHLY violent with people dying left and right, but Raymond concentrates more on giving the reader a fun look at the creative kills without lingering on excessive blood or gore. It’s a less-is-more strategy that shows incredible restraint which I appreciate. My only problem with the art is that it is occasionally inconsistent. I love the design of the characters, but some of them look distractingly different from panel to panel. Eyes enlarge themselves, noses move around on faces, etc. It’s not a deal-breaker, but I was occasionally pulled out of the story by it.

[easyazon_link identifier=”B07GZYXQWQ” locale=”US” tag=”boundingintocomics-20″]Gun Ghoul: Raising the Dead[/easyazon_link] is a complete and satisfying story arc that offers the reader a fun revenge tale with some unexpected twists and great characters. I love almost everything about this book, save for the characterization of one character and some inconsistent artwork. I loved the revenge angle and the kills were fun and creative. There were also some genuinely compelling twists and even a good bit of spirituality sprinkled in. Gun Ghoul is a great new character and hopefully, we’ll be seeing more of him in the near future.