You can have a Black Superman without altering Clark Kent

Before I get into this, let me make a few statements for the record. I’m a black man. I didn’t grow up in an affluent area surrounded by people with smaller amounts of melanin in their skin than myself. My opinions aren’t skewed by my upbringing or environment. I’m writing this not just as a response to my contemporaries but to those fans out there deciding to dig their heels in on the subject. Ultimately, this about an intellectual property that has no function outside of being a source of entertainment.

Henry Cavill may or may not be stepping down from his role as Superman. When the news went public, another story emerged. It was about who Warner Bros. has, or is, currently considering to replace the actor. When Michael B. Jordan was mentioned, pockets of the internet lost their collective minds. Interestingly enough, not all in the same way. 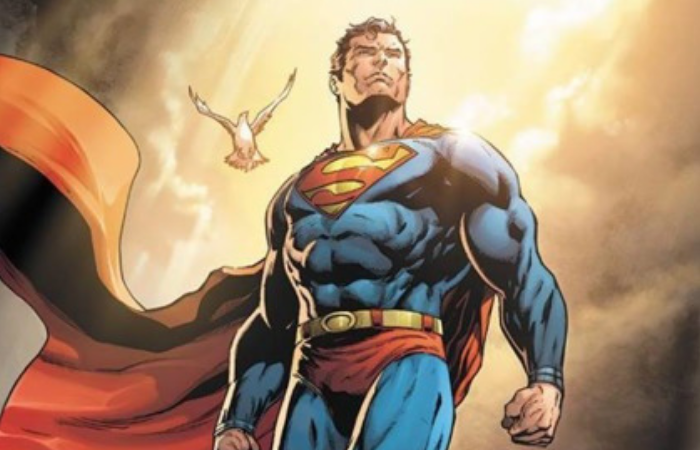 Some were confounded by the idea because they found the very notion insulting. This is because of a couple of reasons: the first being mainstreams constant and unnecessary yielding to the politically-correct whiners on various social media networks (most often referred to as SJWs). They were rightfully afraid it would happen. The other reason is a bit less complex. It’s simply because Superman is traditionally depicted as Caucasian, and MBJ is a black man.

Then there’s the other side of the coin. You see, the idea of a Superman having skin that would make him be anything other than white (in this case, black) is a brand new and dynamic concept for the non-comic book reading public. In actuality, thanks to DC’s robust multiverse concept, there are several characters using the name “Superman” (or acted as a stand-in) and happen to be black. I spoke about three of such characters in an earlier article. It’s nothing new. They’ve been around for decades. Literally, decades. 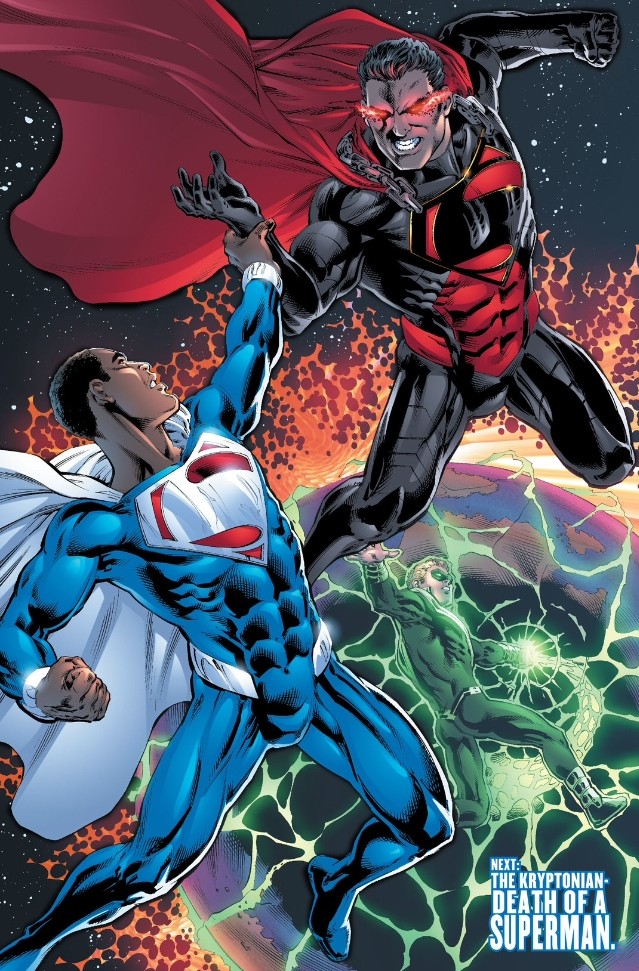 Val-Zod vs. Evil Clone of Kal-El

What I notice many people getting caught up on is the idea of Clark Kent-Superman being changed into a black man. While this is wholly possible, it’s not the first option that should come to mind. Even more so for anyone even halfway familiar with DC comics. And no, a black Superman doesn’t need to be Clark Kent to stand on their own two feet. Any thespian worth their salt should prefer a fresh start.

If every person on the planet Krypton was the same color, then there would be validity to both sides of the argument.

If there had never been a Superman of any other ethnicity other than ‘white,’ then I could understand exploring what life could have been like for Clark Kent that happens to appear to be of African descent. I say “appear to be” because we aren’t talking about white and black as we know it. Not in the terms of being an American or European, but being a human opposed to a fracking alien. Superman, Supergirl, and Val-Zod (one of the ‘black’ Supermen) aren’t even human. I made this point during a conversation; if every person on the planet Krypton was the same color (let’s say Dean Cain or 90’s animated Superman-tan), then there would be validity to both sides of the argument. But as demonstrated in both comic book lore and Syfy’s live-action series, ‘Krypton’, there were Kryptonians with dark skin. 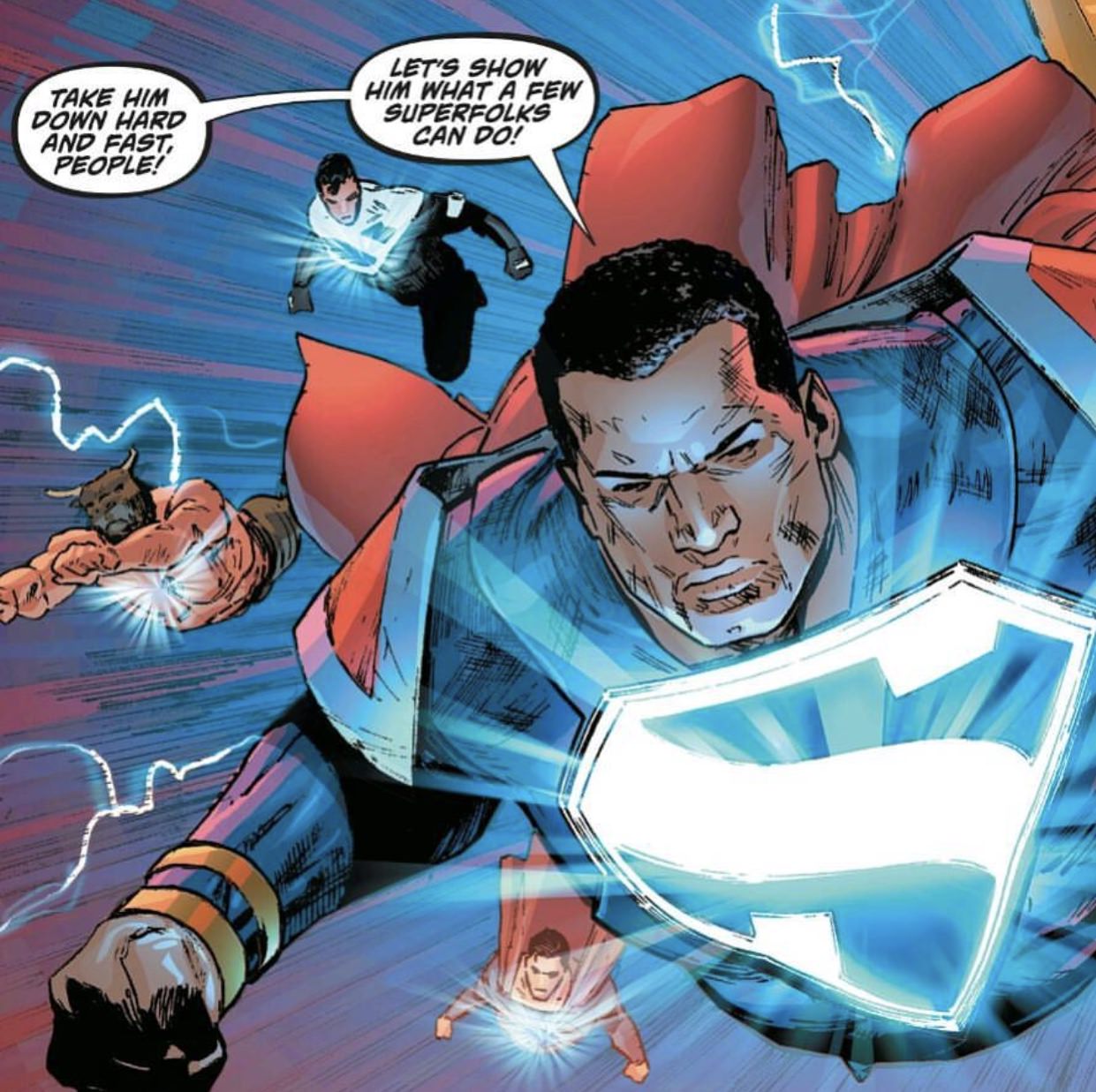 Supermen of the DC Multiverse

The only issues here are the ones we’ve created all on our own. These are our hang-ups and our biases coming into play. Some of us are holding onto something that from its inception was never representative of mankind, much less an ethnicity. Others are grasping at the idea out of a sense of validity, in an arena that is at best, superficial.

I believe at some point, we all need to drop our smartphones and really look at what we are really raging about; Why is this so important in one way or another? Why does Superman need to be black? Why can’t he be? What’s wrong with tapping pre-existing material? If there will be a black Superman, does it need to be Clark Kent from Earth-1 to matter? Would it be the end of the world if it is? 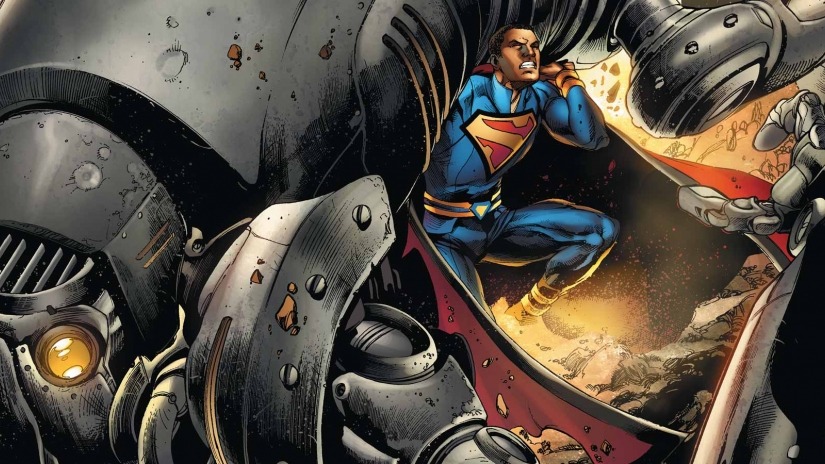 So, does Superman need to be black? No. Can Superman be black? Of course, he can. It’s been done with the aforementioned Val-Zod, Calvin Ellis, and even Sunshine Superman (who even rocked an afro…). We have a very rare case of really having our cake and eating it too. Clark can stay as Caucasian as his creators originally made him, and yes, we can still have a black Superman. People voicing their disdain on either side of this argument could benefit from taking a step back, looking inside themselves and asking; at the end of the day, does it really matter?