It has been one month since allegations of inappropriate sexual conduct and abusive behavior were leveled at Dragon Ball Super: Broly voice actor Vic Mignogna. Since then, Mignogna has been let go from both Funimation and Rooster Teeth, and has made numerous apologies to his fanbase while denying the allegations. Fans have found themselves divided along lines drawn by whether one believes in Vic’s innocence or in the stories of his victims. One comic book convention has decided to take action on the situation. Pensacon has threatened to arrest attendees who would defend Mignogna.

Pensacon is an annual convention held in Pensacola, FL, with this years upcoming event taking place on February 22nd to the 24th. One Twitter user inquired as to whether any Mignogna’s supporters would be attending the convention, and asked them to direct message him. This tweet prompted a threat from the official Pensacon twitter account: 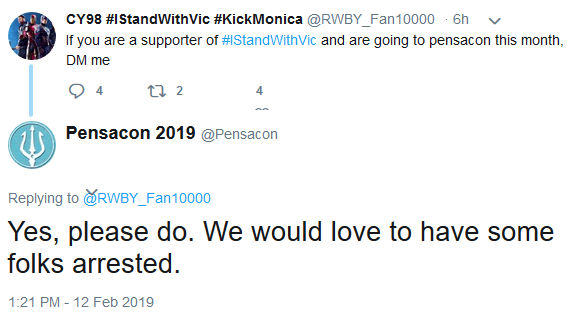 Sadly, this was not the extent of Pensacon’s threats. In an unrelated thread, users were discussing which professional voice actors had taken a stance against Mignogna. In the thread, one user mentions that Monica Rial will be a guest at the upcoming Pensacon 2019. One Mignogna supporter in the thread stated that if she saw Rial, said supporter would boo her: 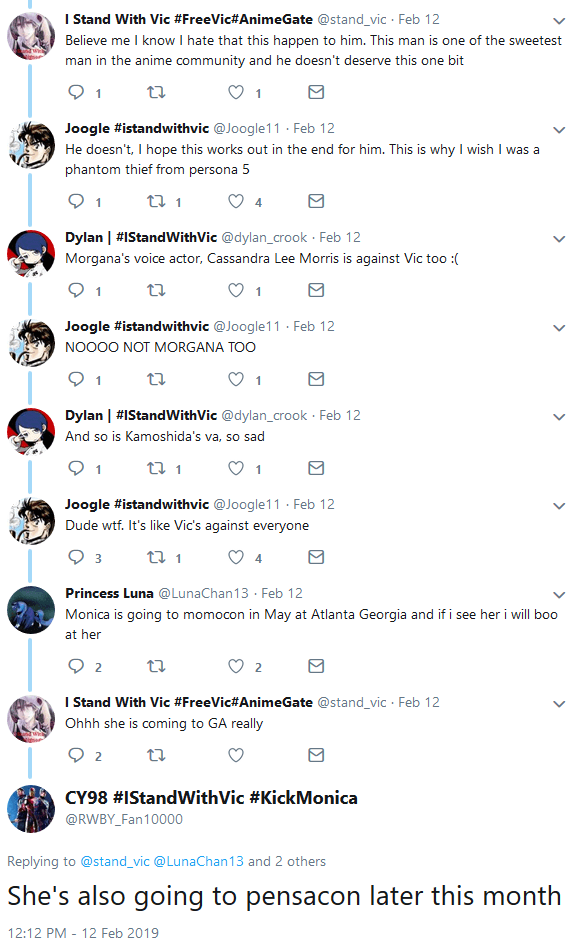 Before Pensacon arrived in the thread, users were indicating that they would merely ‘boo’ Rial, with no talk of direct harassment or a harassment campaign.

Rial, who currently provides the English voice for Bulma throughout the Dragon Ball series, has been a vocal supporter of Mignogna’s alleged victims, and has stated that she too has experienced Mignogna’s behavior first hand. At the mention of Rial, Pensacon jumped in to the thread to reiterate their threat: 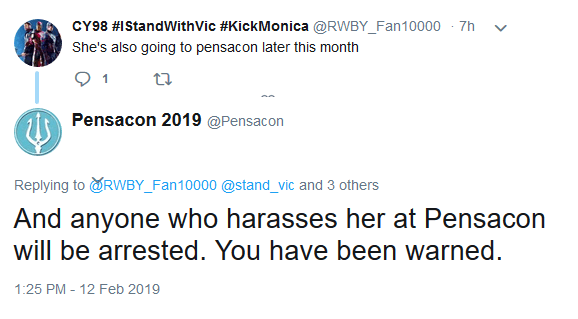 Pensacon then clarified that anyone who brought up the issue in any form would not only be removed from the convention, but that the situation would be escalated to local law enforcement authorities: 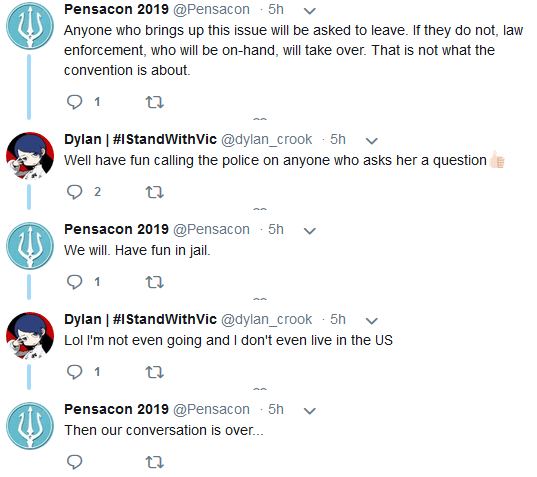 After the poster initially threatened by Pensacon, CY98, informed Pensacon that he would not be going, Pensacon accused CY98 of attempting to incite harassment. When asked by CY98 how Pensacon found the Twitter discussions (as of writing, CY98 has only 223 followers and 7,660 tweets, and is far from a well-known account), Pensacon replied by ominously declaring that they ‘have eyes everywhere’: 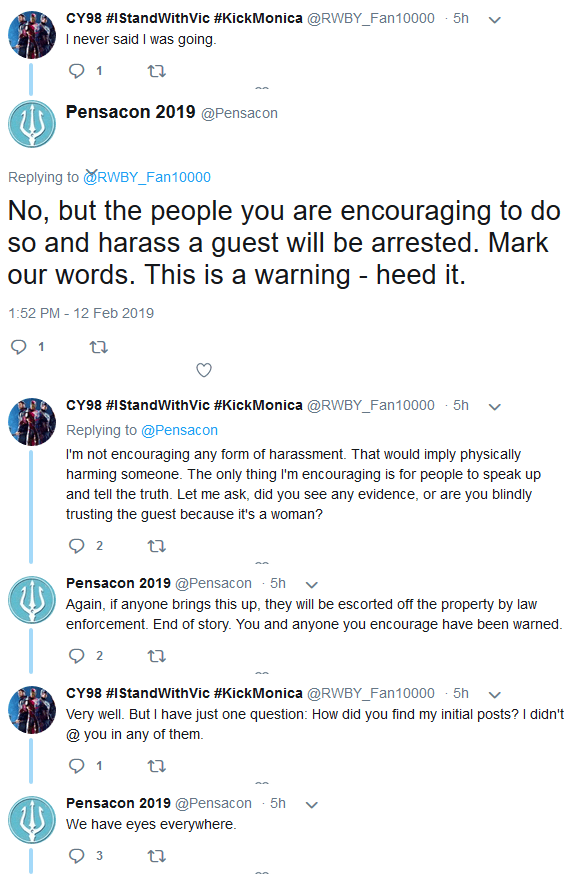 Following these threats and the negative media attention that ensued, Pensacon deleted their Twitter account. At the time of writing, the account is still deactivated. Ironically, before deactivation, Pensacon itself declared itself as “an all inclusive convention” in their Twitter bio: 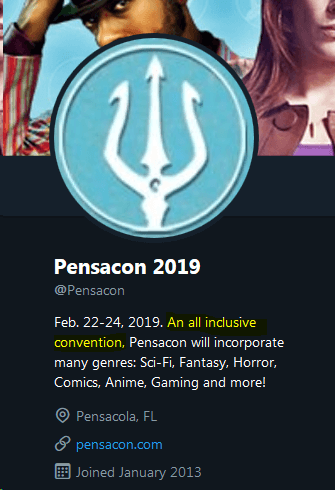 What do you make of Pensacon’s stance to arrest people who plan on defending Vic Mignogna?