YouTuber Poison Pixie, who claims to be a huge Wil Wheaton fan, would also capture a number of Wheaton’s comments in response to fans criticizing his attacks on PewDiePie.

“I’ve heard the endless string of racist and bigoted things come straight out his mouth for YEARS. ‘It was just a joke’ is not the get out of being a racist for free card that he seems to think it is. He’s a racist and a bigot and it’s fine if you’re going to be a big fan of his, but don’t pretend that he isn’t what he is, based on his own words.”

She would also capture Wheaton saying, “He doesn’t have to be perfect. He just has to not be a racist.”

“I wanted to lock comments on the post I made yesterday about PewDiePie, because it’s filling up with truly vile, racist, homophobic, misogynist, bigoted memes and comments from people who have flooded my page to … I guess make the point that this guy isn’t a racist bigot? It seems kind of weird to throw a bunch of alt-right memes at me as an argument that this guy doesn’t support their alt-right hatred. It’s almost like they are making my point for me. Parents whose kids are really into this guy: are these the people you want your children around?”

“I wanted to lock it, because I don’t have time to delete all the vile, racist, hateful garbage that all these kids have time to post, but Facebook won’t let me lock comments (that seems like a problem, Facebook. Put it on your ever-growing list of things you’re doing wrong.)

So I deleted it, which I know a significant percentage of shitty little protoracists will treat as some kind of victory. It’s a time management thing for me, but you do you, my dudes.”

“But here’s the thing: Whether you believe that that guy is racist or not, it makes me truly, profoundly sad that so many people seem to be entirely comfortable with dehumanizing people based on their race, and I sincerely hope that these posts are coming from teenagers whose empathy hasn’t fully developed. I truly hope that they grow out of this celebration of racism and dehumanizing behavior, and come to understand that, yes, words can be exceptionally hurtful to people who have done absolutely nothing to deserve it. 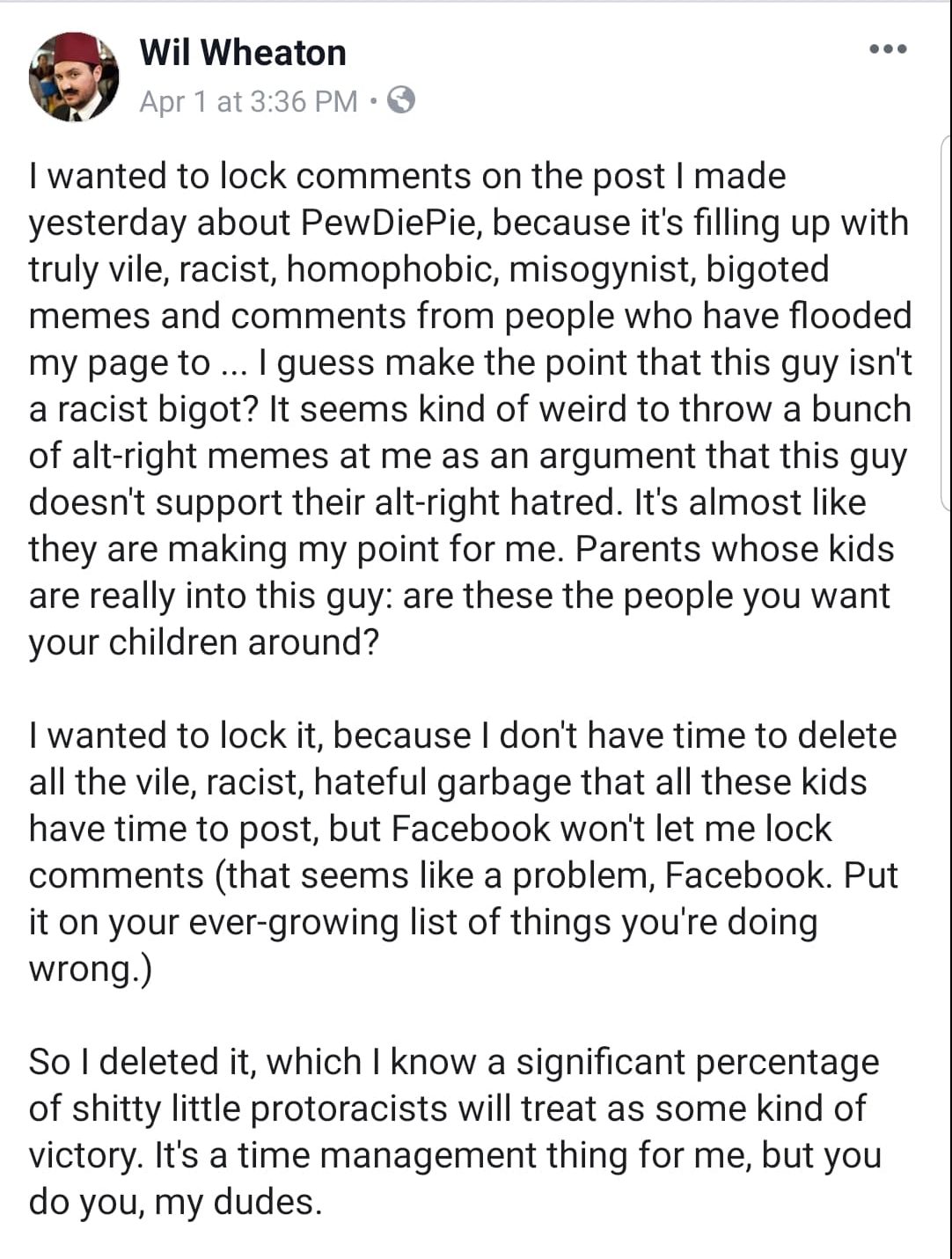 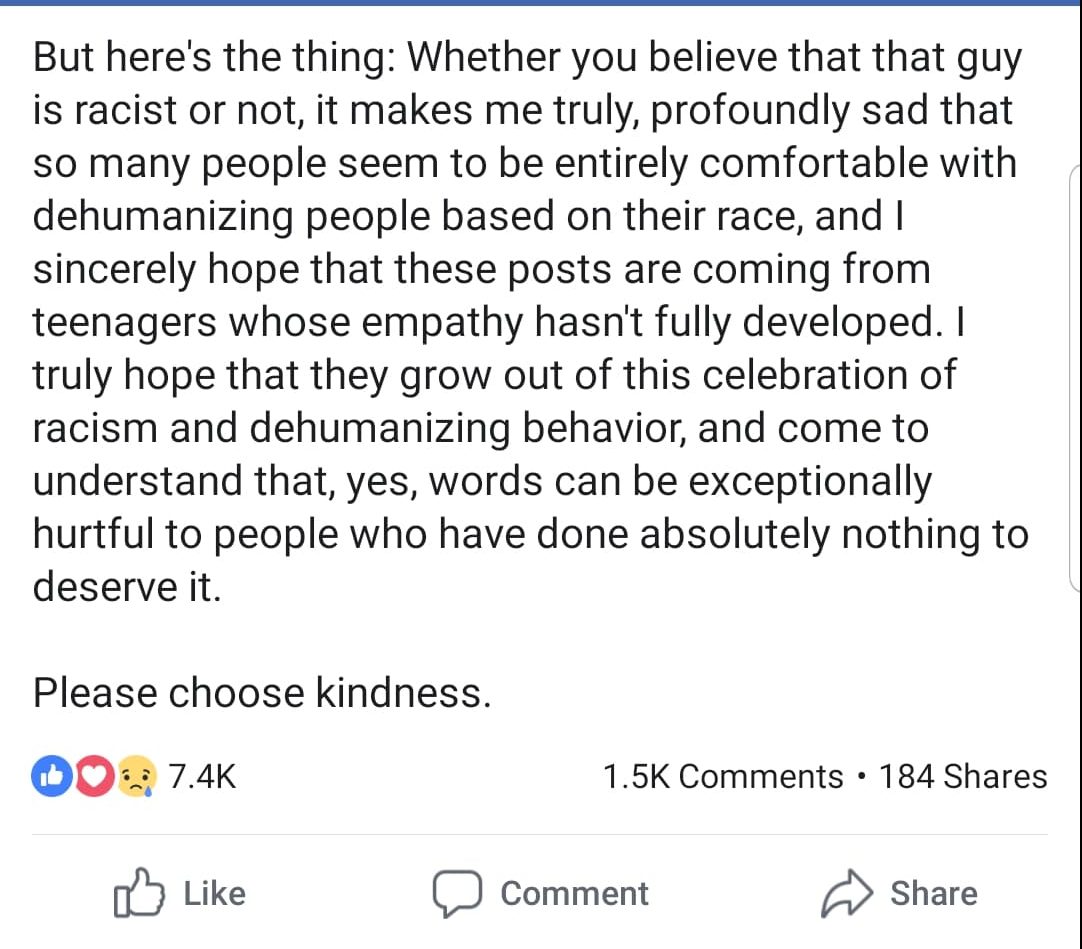 It’s interesting Wheaton says, “Please choose kindness” after he attacked PewDiePie by calling him a “racist, piece of shit bigot.” Maybe Wheaton should take his own advice instead of attacking PewDiePie?

Wheaton isn’t alone in attacking PewDiePie, a petition created by Maria Ruiz called for YouTube to ban PewDiePie because he’s normalizing “white supremacy.” The petition has been signed by over 50,000 people.

A counter-petition has been created to remove Maria Ruiz from Change.org.

Meanwhile, PewDiePie once again pulled ahead of T-Series in his goal to be the most subscribed to YouTuber. PewDiePie currently has 92,578,141 subscribers.

What do you make of Wil Wheaton’s attack on PewDiePie? Do you think he should take his own advice?