In an angry and profane Twitter video yesterday, Myles, whose real name is Albert Hardie Jr., called the WWE a “racist” company.

“As of today, I like to officially announce that I quit f***ing WWE. I’m no longer employed. I refuse to work for racists. I f***ing quit. F*** them. I hate that f***ing company and everything that they f***ing stand for. All they did was hold our f***ing people back. I do this s*** for the culture. I don’t need anyone’s f***ing permission to do what I want to do. Screw Jordan Myles. Don’t ever call me by that slave name. Call me ACH and don’t forget the Super, bitch. I quit! F*** you.”

The situation originally started back in October, as Hardie called out the company for a t-shirt bearing a logo with his WWE name. He described the design as racist.

While the tweets are no longer accessible because his account has currently been deactivated. You can see screenshots below. And here’s an archive link. 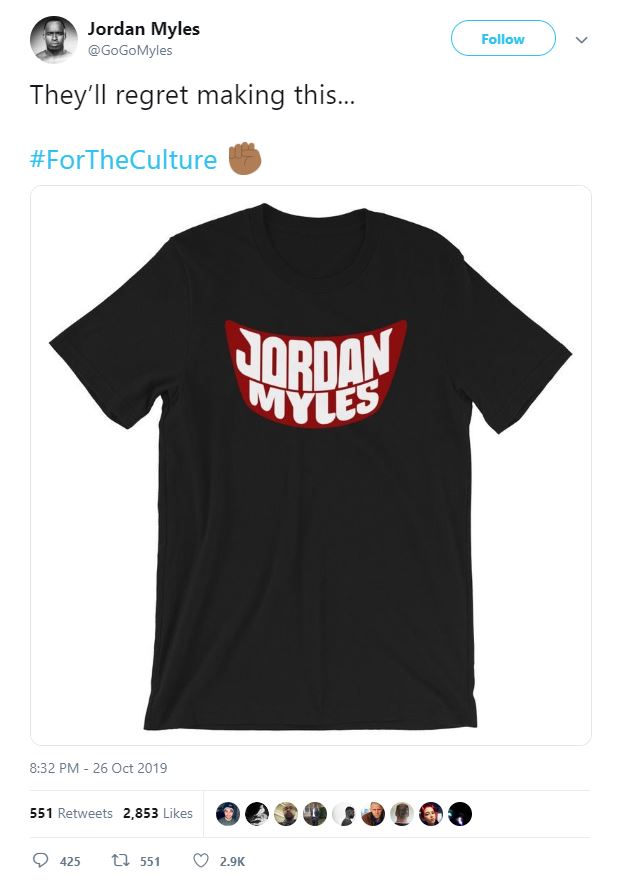 Related: Dave Bautista and Stephen Amell Butt Heads on Twitter in Lead Up to WrestleMania!

He would then respond to an individual who asked, “Why did they even bother.”

“Because THEY are blind and stuck in their ways. THEY don’t see the disrespect in producing a design that screams racism against African Americans. THEY have been blinded for years and THEY NEED A REPROGRAMMING BECAUSE THEY ARE IGNORANT!”

You can find the archive here. 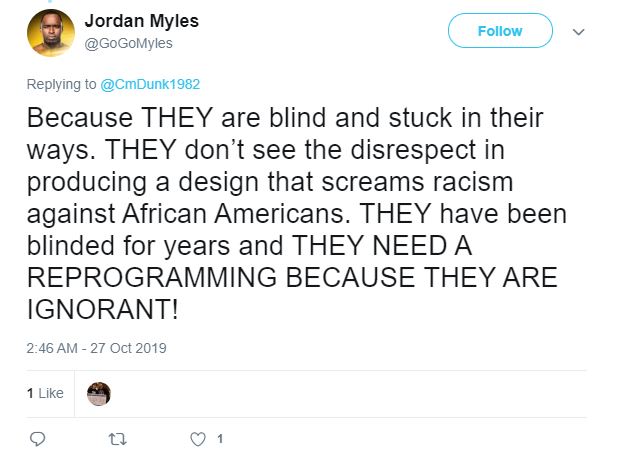 He then followed that up with a subsequent tweet stating, “I will keep posting this till my voice is heard. I’m not sorry for anything I say or do. Representation is important. If this is Vince McMahon and Triple H “vision” of me then this is a slap in the face to EVERY African American performer, fan, and supporter.”

The archive can be found here. 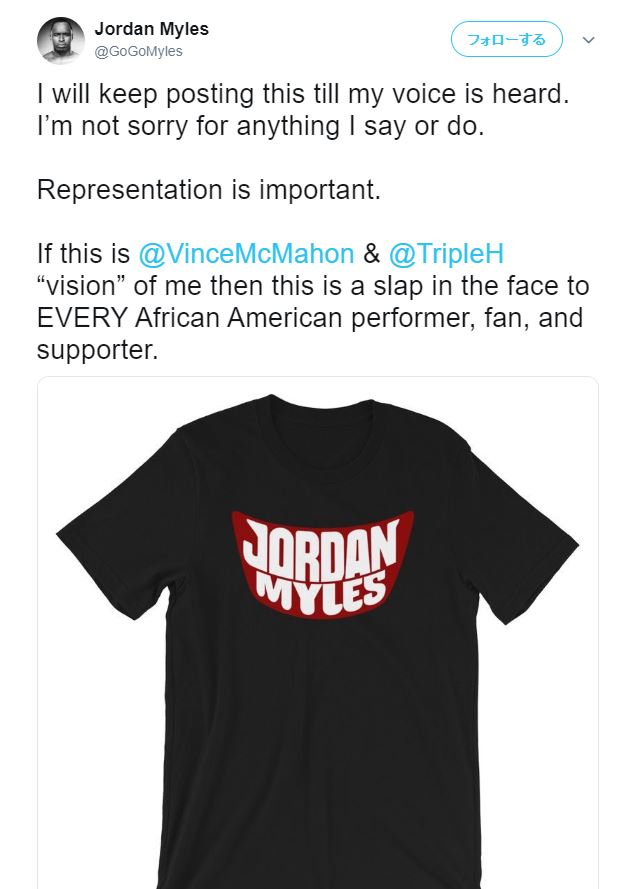 WWE issued a statement indicating that Hardie had approved the t-shirt for sale.

“Albert Hardie Jr. (aka Jordan Myles) approved this t-shirt for sale. As always, we work collaboratively with all of our performers to develop logos and merchandise designs and get their input and approval before proceeding. This was the same process with Albert, and we responded swiftly once he later requested that the logo/t-shirt be redesigned. No t-shirts were sold.”

However, Hardie claims that’s not entirely true. And he shared a a screenshot of an alleged email noting WWE changed the original design Hardie had approved.

He wrote on Twitter, “Don’t believe me? Email him and ask him yourself. GFYS Baker!”

The text of the alleged email from Baker Landon reads:

Triple H attended a meeting and had a revision for your logo, but loved it for your character. He wanted to the letter to be more “teethy” and what I have attached is what he liked.

Also have basic t-shirts on there that he approved as well. Road Dogg preferred the gray, but let us know what you think! 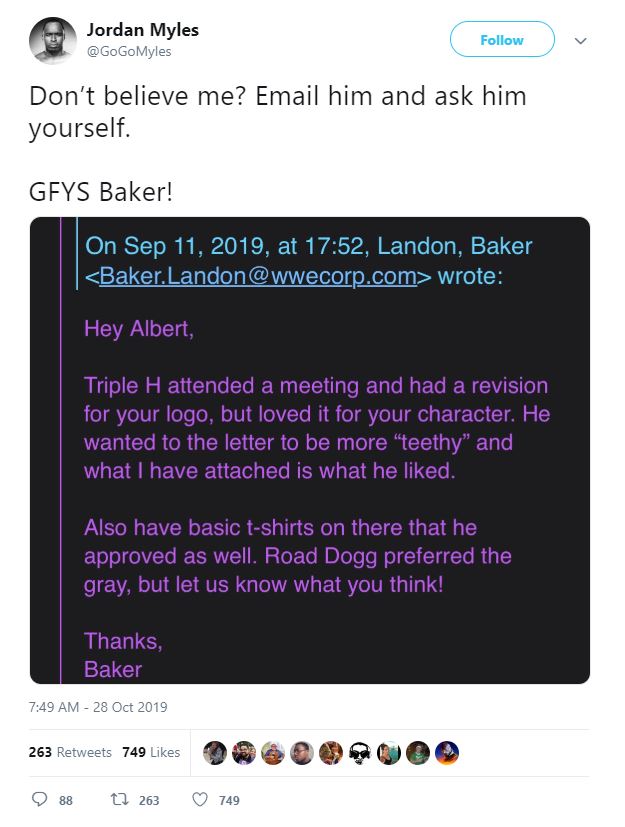 According to Cage Side Seats, Hardie asked for the WWE to contact him and threatened public consequences if they didn’t. He gave them a deadline of November 4th. However, that date came and went. Yesterday, that changed as he posted the above profanity laden tweet calling the WWE “racist.”

There’s been no word from WWE on Hardie’s contract status yet, but stay tuned.

Did the man now known as Super ACH go too far? Share your thoughts below.