Leslye Headland, Harvey Weinstein’s former personal assistant and the co-creator of Netflix’s Russian Doll, is rumored to be working on an upcoming Star Wars series, and she’s got some rather interesting views.

Headland worked at Miramax, the company founded by Weinstein for six years. She was his personal assistant for one of those years.

At Variety’s Inclusion Summit, Headland explains that white people are not diverse and that white women need to step up their game.

At the beginning of the clip, Headland states, “I just want to say that I think white women need kind of to step up their game to be quite honest. Sorry, but I’m calling you b****** out. You really do.”

She continues, “‘Cause like, I couldn’t agree more with everything these women are saying, but I’m also seeing the silent killer, which is a lot of white women at the top, who are kind of reinforcing a lot of old ideas.”

“I think a lot of it…to give them the benefit of the doubt and I’ll just speak from my own personal experience, I wasn’t sure how to be an ally. I got so caught up with what kind of terminology I was supposed to be using and being politically correct,” Headland says.

She adds, “So as I started to rise in television, I just started to get more blunt. And just start saying, ‘I would like a black writer.’ Because if I said diverse you get well, ‘White is diverse,’ which is something somebody said to me.”

Leslye Headland says that white women in Hollywood need to step up pic.twitter.com/umg6va4F84

In an interview with Rolling Stone promoting Sleeping with Other People in 2015, she stated, “I was lucky to come along when R-rated femalecentric comedies became moneymakers.”

She added, “Comedy and horror are really two of the only genres where women can get a voice now. It’s not big-budget franchise movies and superhero movies.”

Headland then claims that Hollywood dislikes women using Ava DuVernay as an example, “Look what happened to Ava DuVernay. She’s the Beyonce of filmmaking, and she can’t get nominated for Selma?!? What other reason can there be except, ‘Well, they don’t like women, I guess?’”

Selma was nominated for a Best Picture by the Academy of Motion Picture Arts and Sciences in 2015. It was nominated alongside Birdman, Imitation Game, Boyhood, The Theory of Everything, American Sniper, Whiplash, and The Grand Budapest Hotel. Birdman won the Oscar.

Headland continued describing the reasons she believes Hollywood has any interest in women, “They are not interested in us unless we’re in a group, and in a Vanity Fair spread. Probably just wearing lingerie.”

After making these comments, Headland says she won’t complain. “But listen, I can’t complain. Or rather, I won’t. I got to make my romantic comedy. I got to get out of my depression and work through some stuff with this movie that’s really helped me out.”

Speaking with Deadline about Russian Doll and its Emmy nominations, Headland stated, “I think that’s the other thing that’s very cool also about all the nominations in the lead actress category.”

“They’re all very complicated women, and the idea that our peers are acknowledging that, and looking at that, and saying, ‘This is what we’ve discovered this year. We discovered that women are really complicated and funny, and they don’t have to be on one end of the spectrum or another. They can exist on a never-ending spectrum of human emotion and psychology,’ I think that’s really huge.” Headland explained.

In another interesting tidbit it appears Headland has deleted much of her Twitter profile. The account was originally created in 2013. The oldest tweet that is publicly available is from March 27, 2020.

According to Social Blade it looks like she deleted around 2,500 tweets in early July 2019 and around another 2,000 at the beginning of June 2019. With the deletions she only has 93 tweets currently available on her profile. 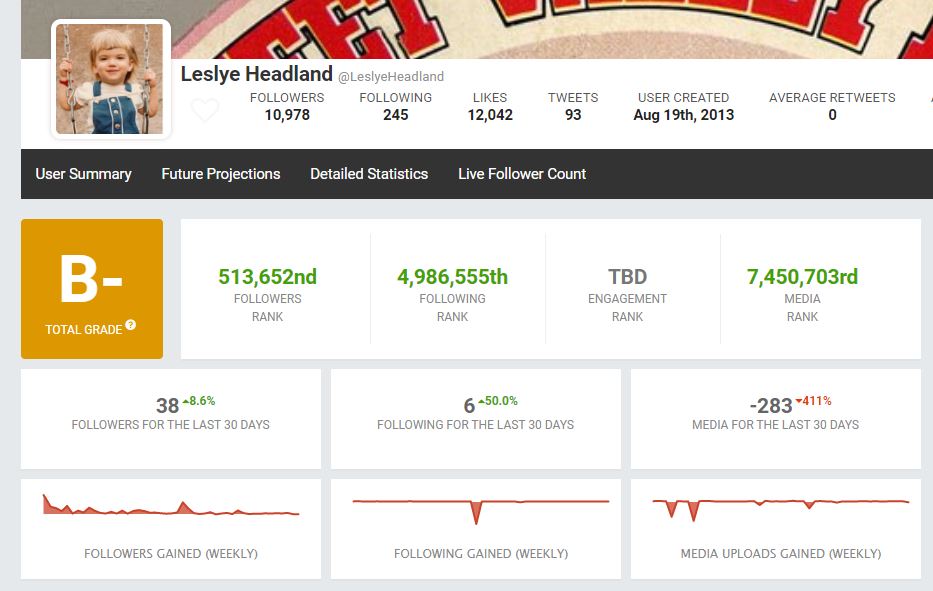 More recently it appears she deleted around 250 tweets on April 22nd. 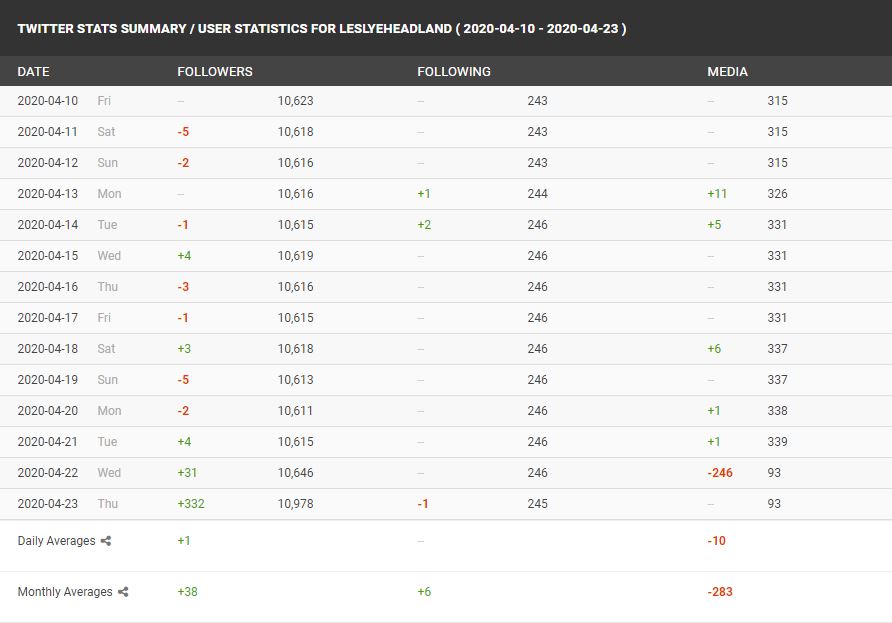 Some of those deleted tweets concern a play written by David Mamet about Harvey Weinstein, and were captured by Vulture in February 2018 as well as her own play titled Assistance written about her experience working for Weinstein and Miramax.

She refers to Mamet as “an old white guy who doesn’t believe rape is a thing.”

What do you make of Headland’s comments regarding white women at the top? What about her idea that white people can’t be diverse?