With the release of the long-awaited Final Fantasy 7 Remake, the perpetually unsatisfied video game forum ResetERA has taken issue with the game’s gun-armed AVALANCHE leader, Barret Wallace, asserting that his depiction is “an ignorant racist caricature.”

The discourse unfolded in a thread titled “So square can make drastic changes to FF7 in the remake but couldn’t be bothered to not make Barrett an ignorant racist caricature? (Read Threadmarks),” started by ResetERA user Abdul Malik Ka’bah (after convicted attempted domestic terrorism accomplice Jeff Fort).

The user viewed Barret’s character as an “angry lack man and scary black man” and expressed his disbelief at “the amount of rage this man generates inside me whenever he is on screen.”

It seemed the user was of the minority opinion, as numerous other ResetERA members expressed their affinity for Barret and defended his portrayal, noting that his attitude was not only justified, but that the character has always been multidimensional, with the recent Remake only serving to further explore his unique personality:

When confronted with this pushback, the user continued to double down on their assertion that Barret’s character was entrenched in racism.

The user even took swings at Final Fantasy and Kingdom Hearts designer Tetsuya Nomura and claimed that Barret’s portrayal by a black voice actor was equivalent to “black people that think coonskin [the 1975 animated blaxploitation film] is a good movie.”

However, some users began calling into question the fact that the user could not see Barret as anything more than a walking stereotype, with many observing that their instantaneous judgement was, in itself, racist.

In typical ResetERA fashion, many of those who pushed back against the user’s opinion were met with a swift ban from the forum: 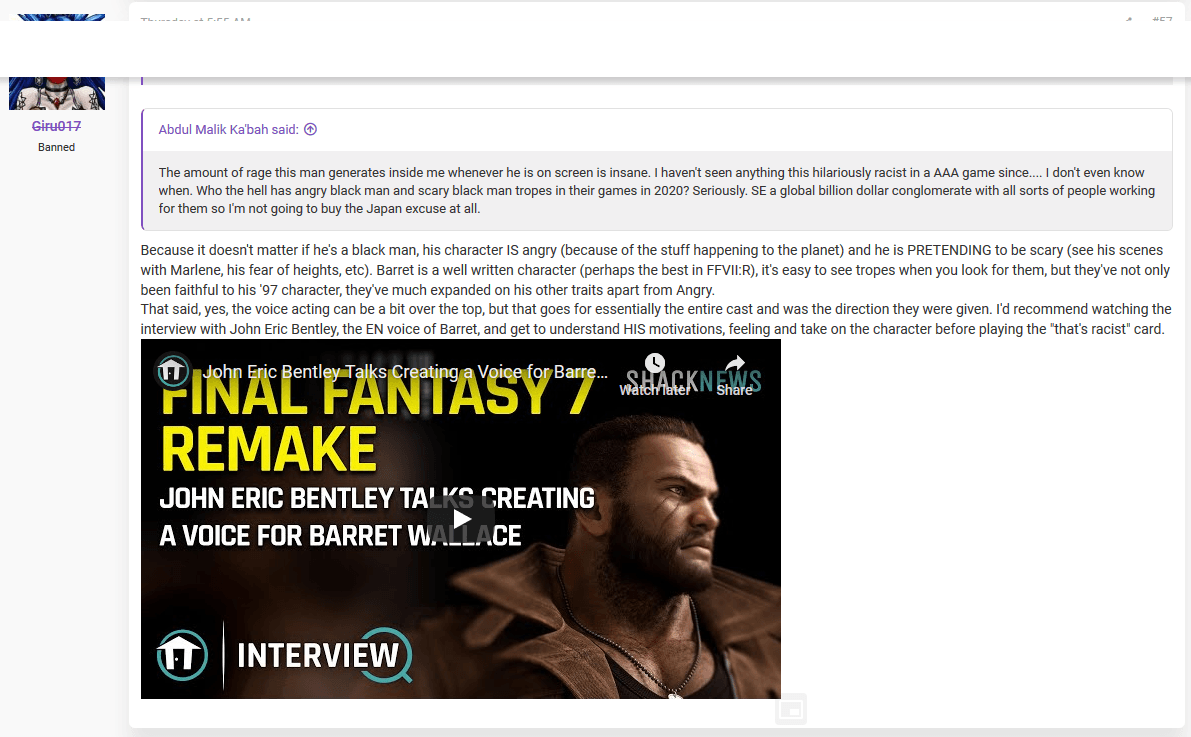 When users began to question the forum’s moderation team and their standards for issuing the bans, ResetERA Administrator Nepenthe stepped in.

Nepenthe agreed with the original poster’s opinion, dismissed other user’s concerns, and warned those who saw the opinion as racist would not be allowed to “insinuate that people who still have a problem with Barrett despite his characterization are the real racists, or are not black, or try to dismiss or downplay anyone’s feelings regarding the stereotypes themselves just because you like Barrett.” 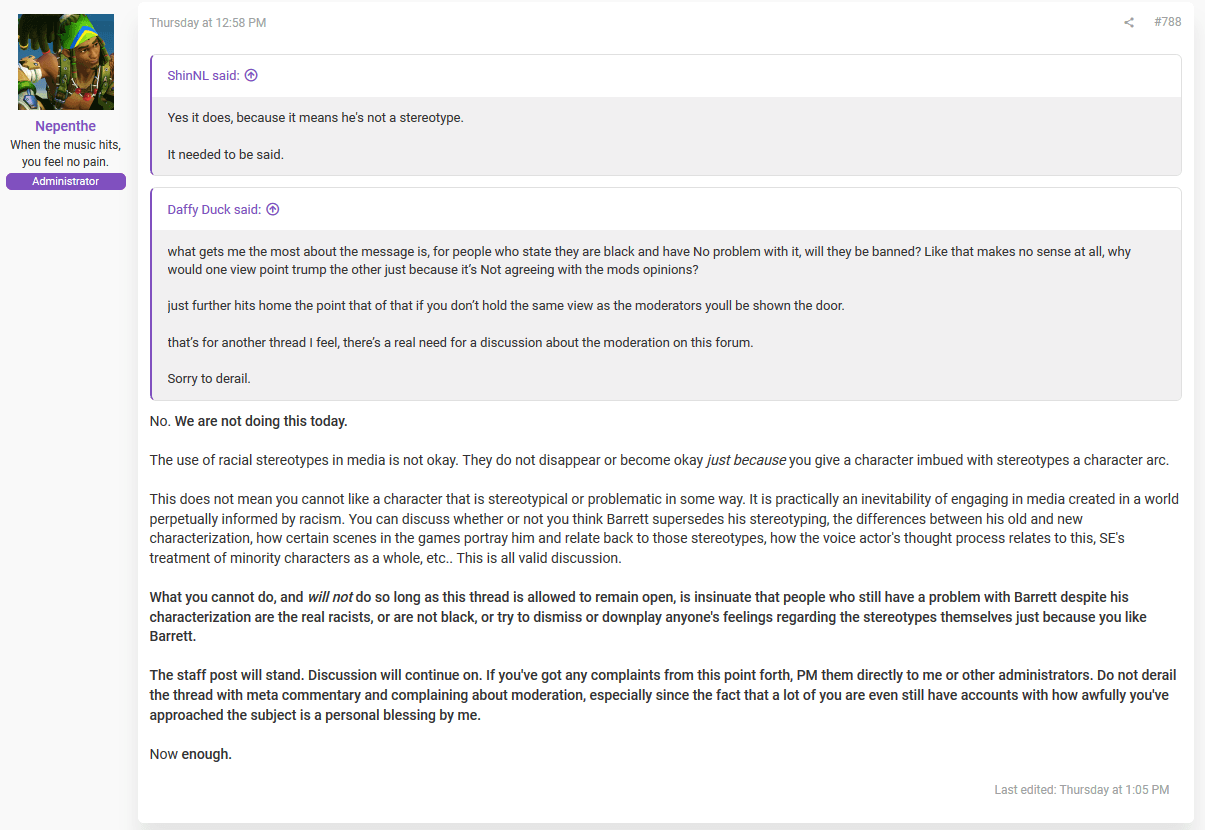 YouTuber Hero Hei reacted to the thread describing it as “100% clown world stuff.”

As of writing, the thread remains open, with users continuing to discuss the merits of Barret’s character.