For such large ships, Star Trek stories don’t often stray away from focusing on the senior staff. Every so often, some of the limelight rubs off on other characters. When this happens, we get new characters that help flesh out the entire universe.

These aren’t just other officers and the extended family of show regulars – but sometimes they are, like in the case of Keiko O’Brien. Because most shows are contained within the confines of a ship – new characters are rarely introduced. That’s why you’ll notice a glut of this list being characters from Deep Space Nine – not favoritism – just the way things panned out. Promise. Let’s get into this one. 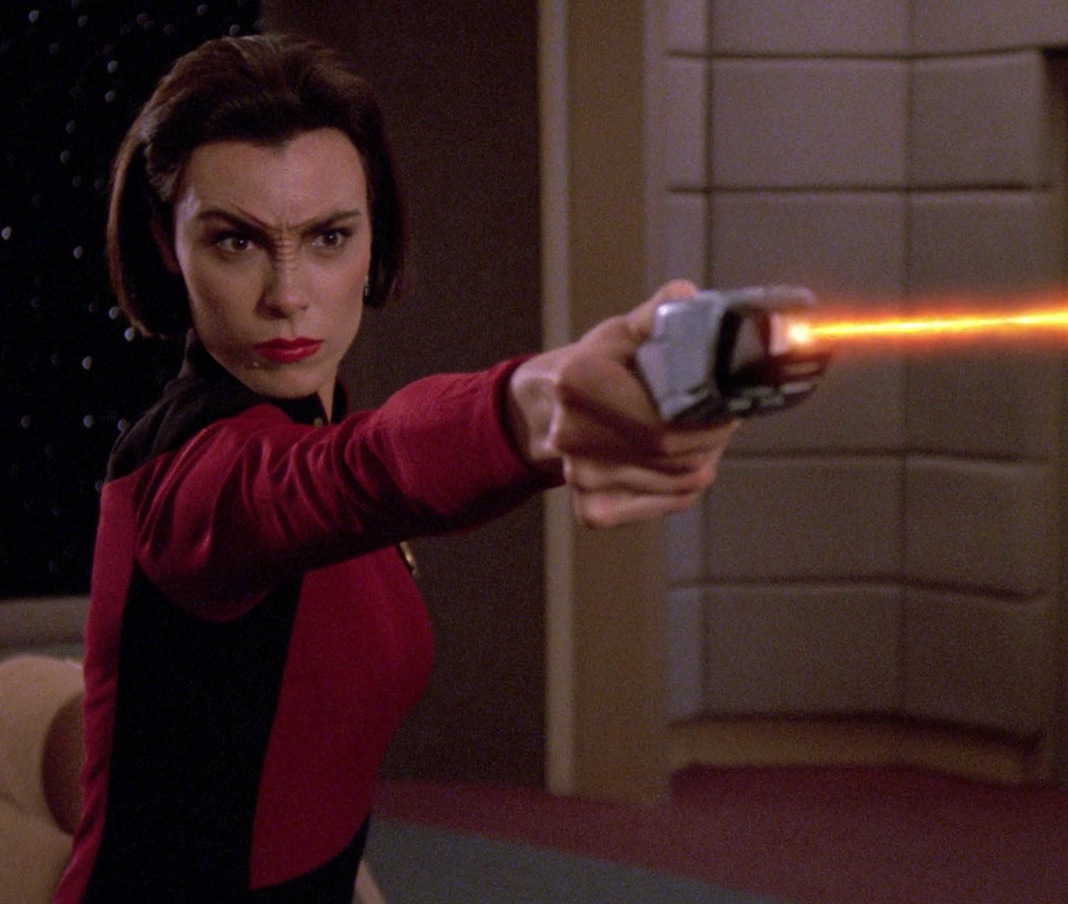 The character Ro Laren debuted in the season 5 The Next Generation episode aptly entitled “Ensign Ro.” When we meet Ro we discover that she is a Bajoran Starfleet officer serving a bid in a Federation prison for disobeying orders which led to the death of eight of her shipmates. She joined the Enterprise crew to assist them on a mission but remained on board afterward.

By the time she exited the franchise in the episode “Preemptive Strike,” she’d been promoted to the rank of Lieutenant. Fun fact – the character Ro was supposed to be the Bajoran put in charge of Deep Space Nine. But Michelle Forbes (the actor that played Ro) turned down the job leading to the creation of Major Kira. 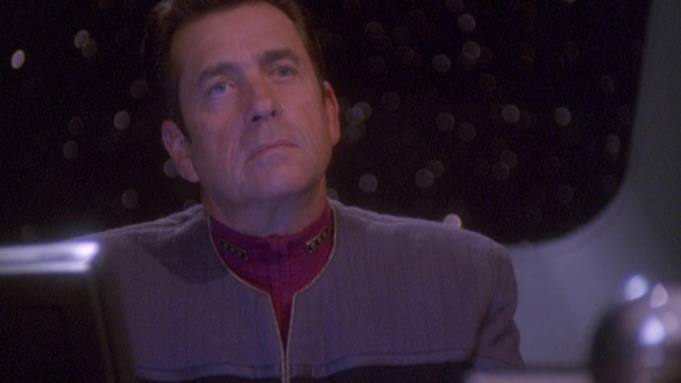 The Dominion War was a massive event in the Star Trek universe. It was a turning point for the way the Federation and Starfleet operated for years to come. It’s quite possibly the reason Starfleet is in the shape it is during the latest series, Picard.

One of the people responsible for leading the Federation to victory was Vice Admiral William Ross. Didn’t hurt that he had Captain Sisko as an adjutant.  Throughout Deep Space Nine’s run, we were introduced to a handful of top brass – but none left an impact like Admiral Ross. Sadly, the actor that played Ross – Barry Jenner – passed away, but he’ll always be fondly remembered. 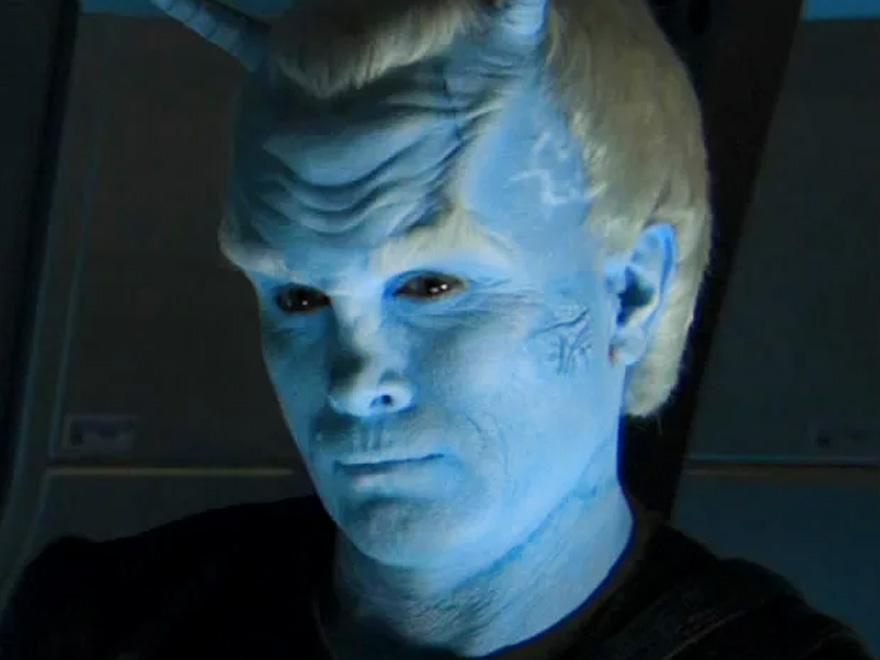 Star Trek: Enterprise isn’t the favorite of many Trekkies – but it had its high points. Mostly during its third and fourth seasons. However, there were several consistent sources of entertainment – chief among them was the Andorian Commander Thy’lek Shran.

Played by the infinitely talented character-actor, Jeffrey Combs (not the last time we talk about this guy), Shran was both an antagonist and ally of our heroes – namely in the third season when he helped save the Earth from destruction at the hands of the Xindi. He also was instrumental in the formation of the Federation. 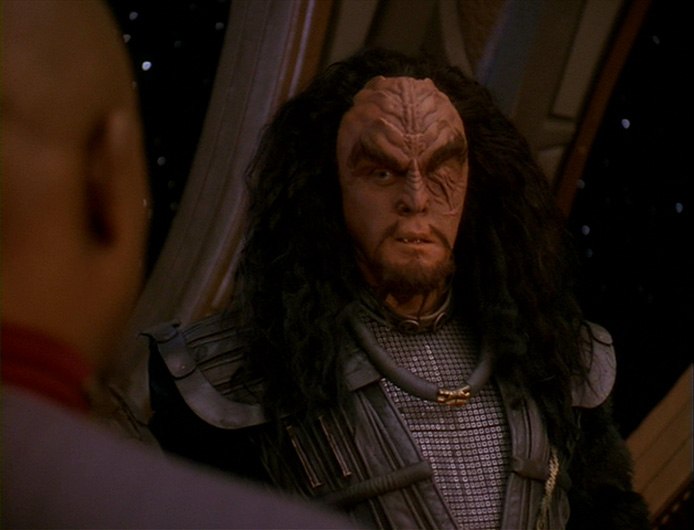 Who says there’s not a Klingon around when you need one? How about one of the best of them all. General Martok is an officer in the Klingon Defense force. Martok first debuted in the DS9 episode “The Way of the Warrior,” however, that wasn’t the true Martok, but a shapeshifter impersonating him.

In the following season’s episode “Apocalypse Rising” we finally met the real McCoy – as a prisoner being held in a Dominion prison camp. From then he evolved into a recurring character as a leader of the Klingon’s forces during the Dominion War. With Worf’s help – Martok later became Chancellor of the Empire. 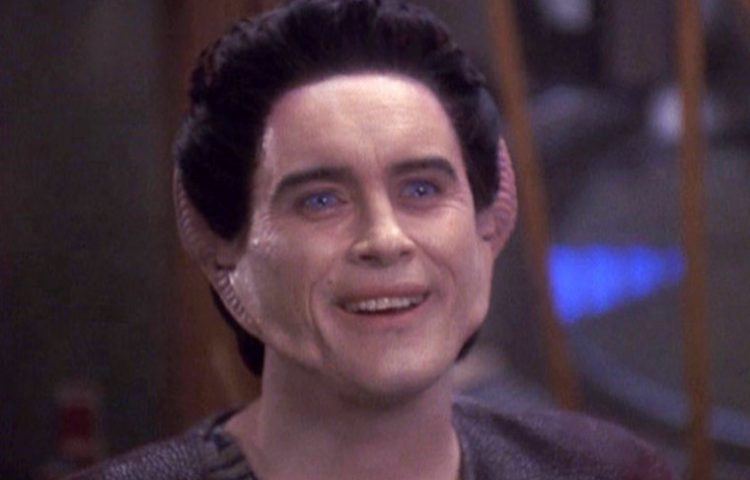 Weyoun isn’t exactly the name of a single entity. It’s more of a title of a line of genetically developed clones. Either way, the character we know by that name is one of the most entertaining and intriguing individuals in all of Trek. He was unintentionally amusing, charming, and always treacherous.

Weyoun is a Vorta. As far as we know, despite having male and female members, the race is completely cloned. When one dies, another is made. By the end of Deep Space 9, we’d be introduced to at least three versions of this one, in particular. Weyoun operated as the chief strategist and commander of the Dominion’s Alpha Quadrant campaign. 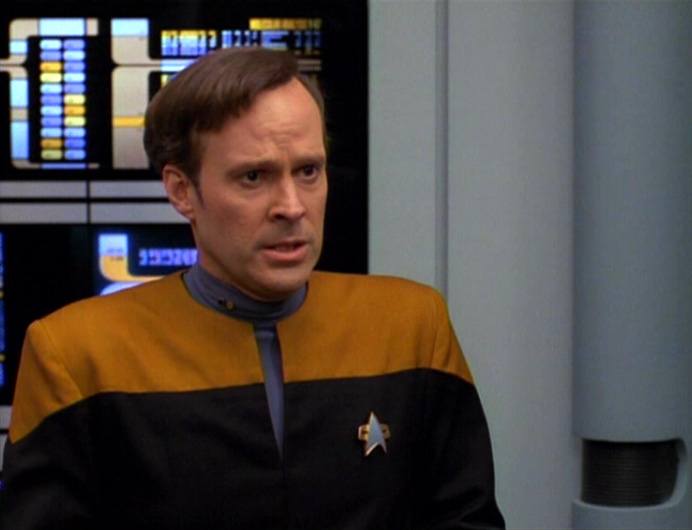 Even though TNG only regularly focused on a handful of characters – the Enterprise was a big ship. As the fleets’ flagship, it was common to see officers come and go – but viewers couldn’t help but notice one Lieutenant – Reginald Barclay.

As brilliant as he was belligerent – Barclay first debuted as part of the Enterprise crew in the season 3 episode “Hollow Pursuits.” It was also the beginning of his addiction to holodecks. He also appeared several times in Star Trek: Voyager and the feature film Star Trek: First Contact. 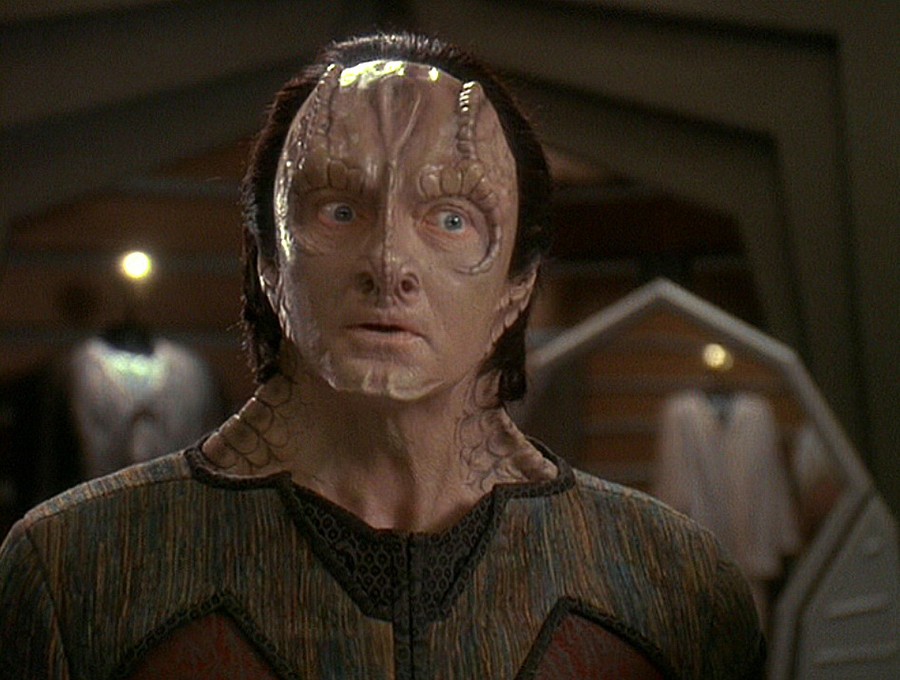 Deep Space Nine’s Elim Garak was an enigma wrapped in a mystery – but he was indeed a fan-favorite for a big reason. He was awesome. A leftover from the Cardassian occupation of Bajor – Garak ran the station’s tailor shop. However, Garak is far more than just a dress-maker. But, yeah, he does make dresses. And pants.

Garak wasn’t just left behind after the occupation – he was banished there. Garak was a former agent of the Obsidian Order – though it took him years to readily admit as much. He was no one’s angel but without him, the station may have seen doom any number of times. After the war, he went on to help lead Cardassia back to recovery. 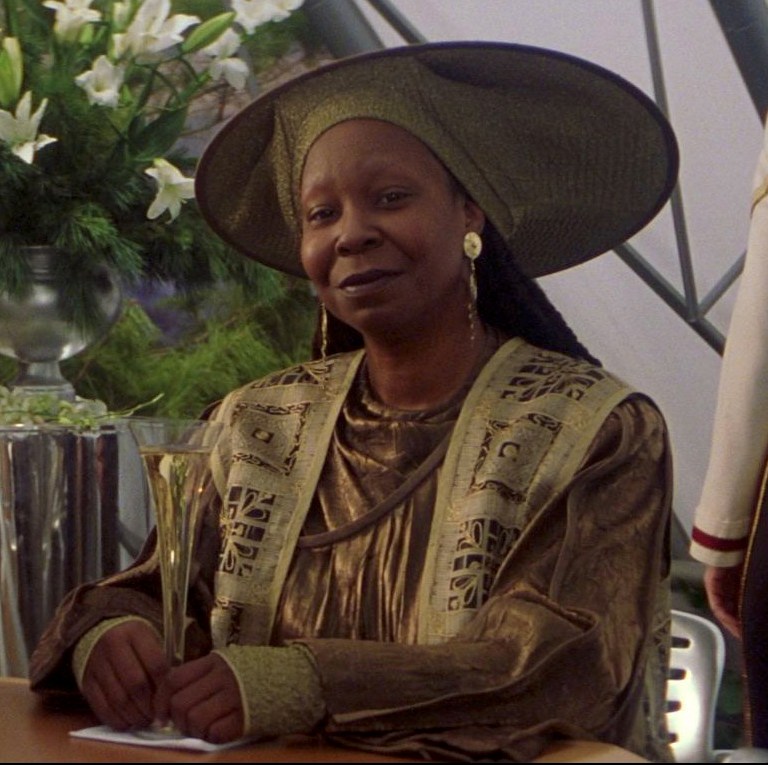 It’s no secret that the starship Enterprise seen on the TNG series wasn’t your run-of-the-mill vessel. Though it would be called into battle regularly – it contained families, schools, recreational facilities, and yes, a bar. Called Ten Forward (deck 10, forward section) it was managed by the mysterious El-Aurian named Guinan.

Guinan debuted in the second season episode “The Child.” From then she appears in nearly 30 episodes and the feature film Star Trek Generations in 1994 following the series’ end. Portrayed by veteran actor Whoopi Goldberg, in many ways she was Picard’s closest friend aboard the ship and seemed to know far more about everyone and everything than she lets on. She’s also hundreds of years old. 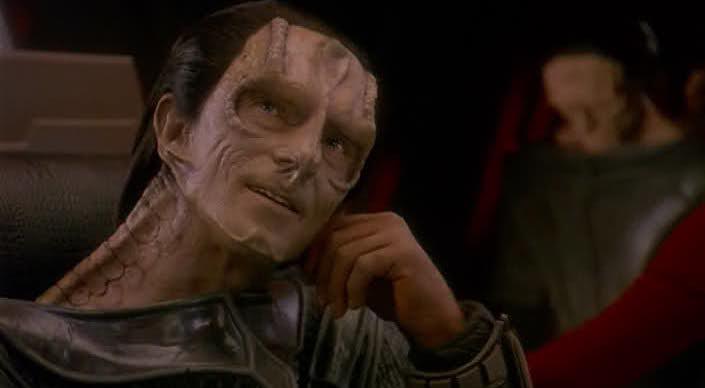 There’s something to be said for being arguably the most dynamic antagonist in all of Star Trek’s long history. It’s hard to even come up with another candidate, but that’s due to how DS9 was constructed. Historically, Trek had been episodic. Events from one episode rarely carried over to the next.

That wasn’t the case on DS9. Because most of the seasons supported long story arcs that took up entire seasons – characters were able to grow organically over time. Gul Dukat benefited the most from this. He ultimately became the devil incarnate – but there were moments when he almost walked alongside the angels of the series. 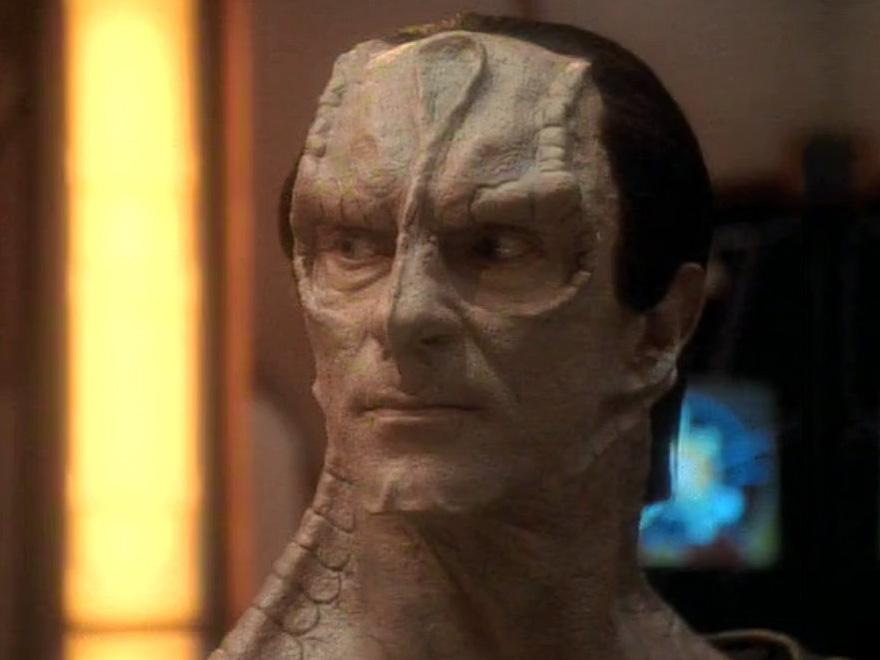 Gul Dukat was the series’ first and last ‘big bad’ – but he was also the savior of more than one disaster. Before he took one of his larger turns – he was poised to sacrifice himself for a cause bigger than himself – the restoration of his homeworld. Hidden beneath his maniacal charisma was a family man, an honorable warrior, and a… vindictive sociopath. Ok, he was scum. But we loved him for it, anyway. 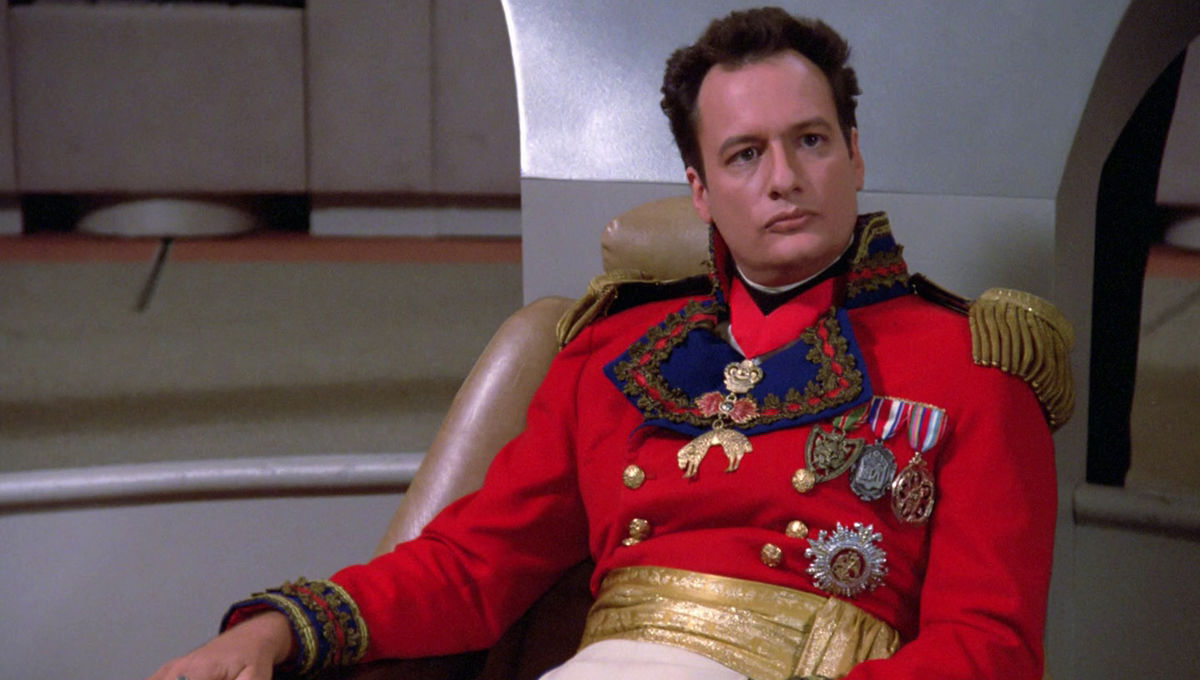 Without a being only known as “Q,” Star Trek wouldn’t be as weird or as wonderful as it is. The infallible, irrepressible member of the Continuum responsible for introducing the Borg to the Federation has meant more to the series than even some captains. He debuted in the first episode of TNG and returned a dozen or more times over the years – including the last.

Q would appear in episodes of DS9 and again in Voyager (several times). He can be seen as the lynchpin of the first three shows – but he didn’t make any appearances in Enterprise, Discovery, or Picard. Not that we’re aware of, anyway. His species may be responsible for every large event in the Star Trek franchise – and I doubt it’ll be without his kind for long.