The Flash actor Grant Gustin, who plays Barry Allen, responded to The CW firing Hartley Sawyer for a number of “derogatory remarks” he made in tweets from years ago.

Gustin shared a statement from The Flash’s showrunner Eric Wallace, as for his own thoughts on the matter he wrote, “I don’t have much to add because Eric’s thoughts are stated so eloquently and powerfully.”

Gustin added, “I will say I was shocked, saddened and angry when I saw the tweets. Words matter.”

Gustin states, “Yo guys, PSA really quick. I’m sure you guys have noticed, some of you, I haven’t been on Twitter in a really long time so I just deactivated it. So any Twitter or Facebook accounts whatever, that’s not me. This is my only social media platform.”

It’s official! No more twitter account for him! He’s deactivated it. I am thankful he’s using IG at least we have some social media from him! And I respect his choice! ❤️ #GrantGustin #TheFlash pic.twitter.com/YSrtAid49u

Nicolet wrote, “It’s a heartbreaking fact of life that today is not the first time I have learned that someone I know, or work with, is not necessarily who they present themselves to be. At least not to MY face… My Black Face… It’s sad and disappointing, but it’s not shocking.”

She continued, “This is a significant part of the black experience, and also being a woman. If we learn nothing from the events that have arisen from George Floyd’s brutal murder, it is that this SHOULDN’T be our experience. It CANNOT be. Not Anymore. It is NOT OKAY to allow a culture of racism, misogyny, homophobia and anti-Semitism to thrive in the workplace, at the dinner table or on social media.” 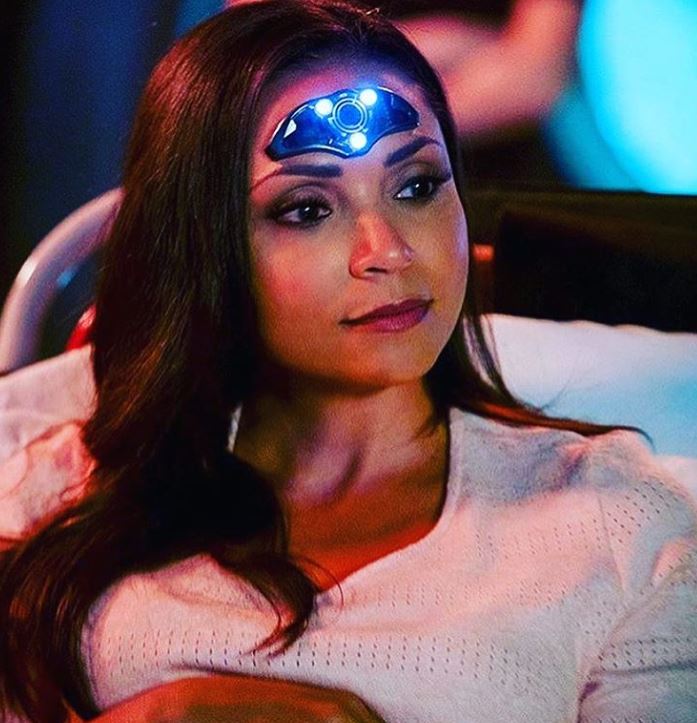 “I hold no ill will toward my former castmate, or anyone who is on their journey toward self-betterment. As an African-American woman, I was raised to “forgive them, for they know not what they do”. Forgive is what we must do, because without it the pain is too much to bear, and without it we stifle our growth as compassionate human beings,” Nicolet added.

She then stated, “That said, when you know better, you are required to do better. These past few weeks have been a crash course for this country. I, and every other African-American expect better moving forward. Because we matter. BLACK. LIVES. MATTER.”

She then encouraged followers to read showrunner Eric Wallace’s statement, “Please take a look at the statement from our fearless leader  Eric Wallace- who’s said what needs to be said better than I ever could.”

What do you make of their responses to Hartley Sawyer being canned?