The 12-issue series is based on the prequel novel written by Herbert and Anderson based on Dune creator Frank Herbert’s notes. The series will showcase Herbert’s Dune characters before their involvement in the first novel. 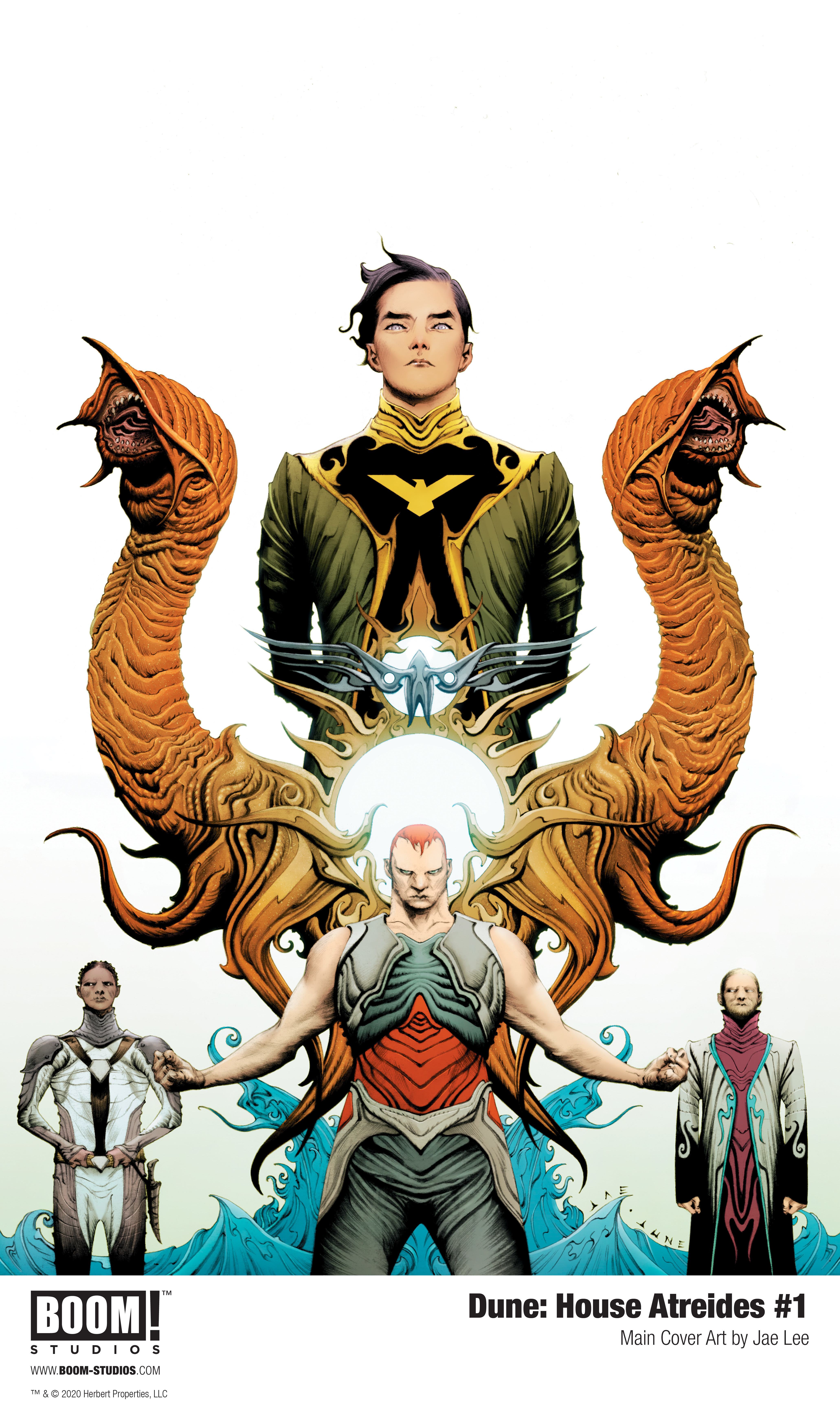 The series will also showcase a young eight-year-old Duncan Idaho as he attempts to escape the cruel slavery of his masters. Leto Atreides will also begin his fateful journey. 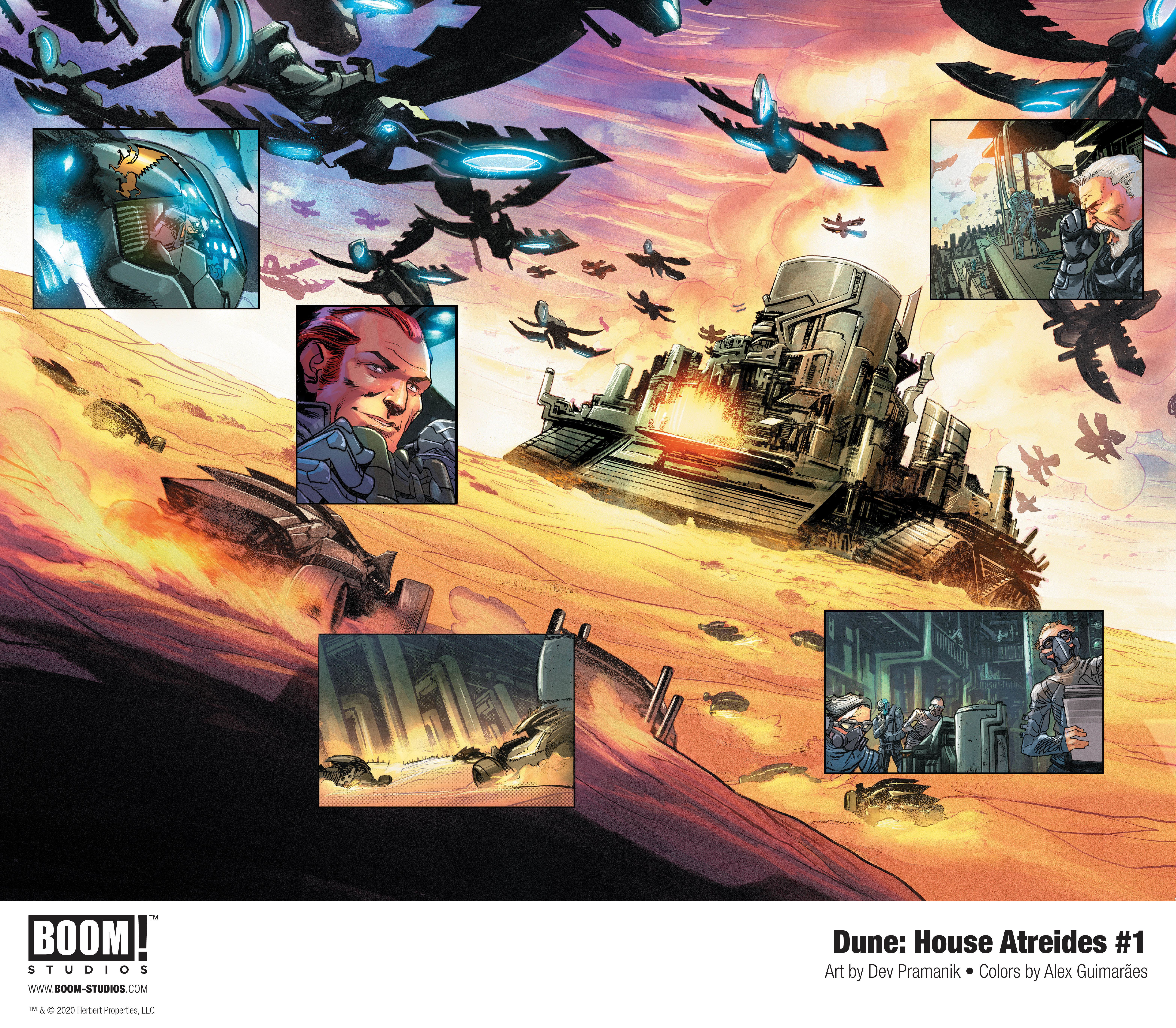 “Set in the years leading up the Hugo and Nebula Award-winning Dune—which inspired the upcoming feature film from Legendary Pictures— DUNE: HOUSE ATREIDES transports readers to the far future on the desert planet Arrakis where Pardot Kynes seeks its ecological secrets in remote, desolate regions of the alien world.

Meanwhile, a violent coup is planned by Shaddam Corrino, the son of Emperor Elrood; far away, an eight-year-old slave Duncan Idaho seeks to escape his cruel masters; and a young man named Leto Atreides begins a fateful journey. These unlikely souls are drawn together first as renegades and then as something more, as they discover their true fate – to change the very shape of history!” 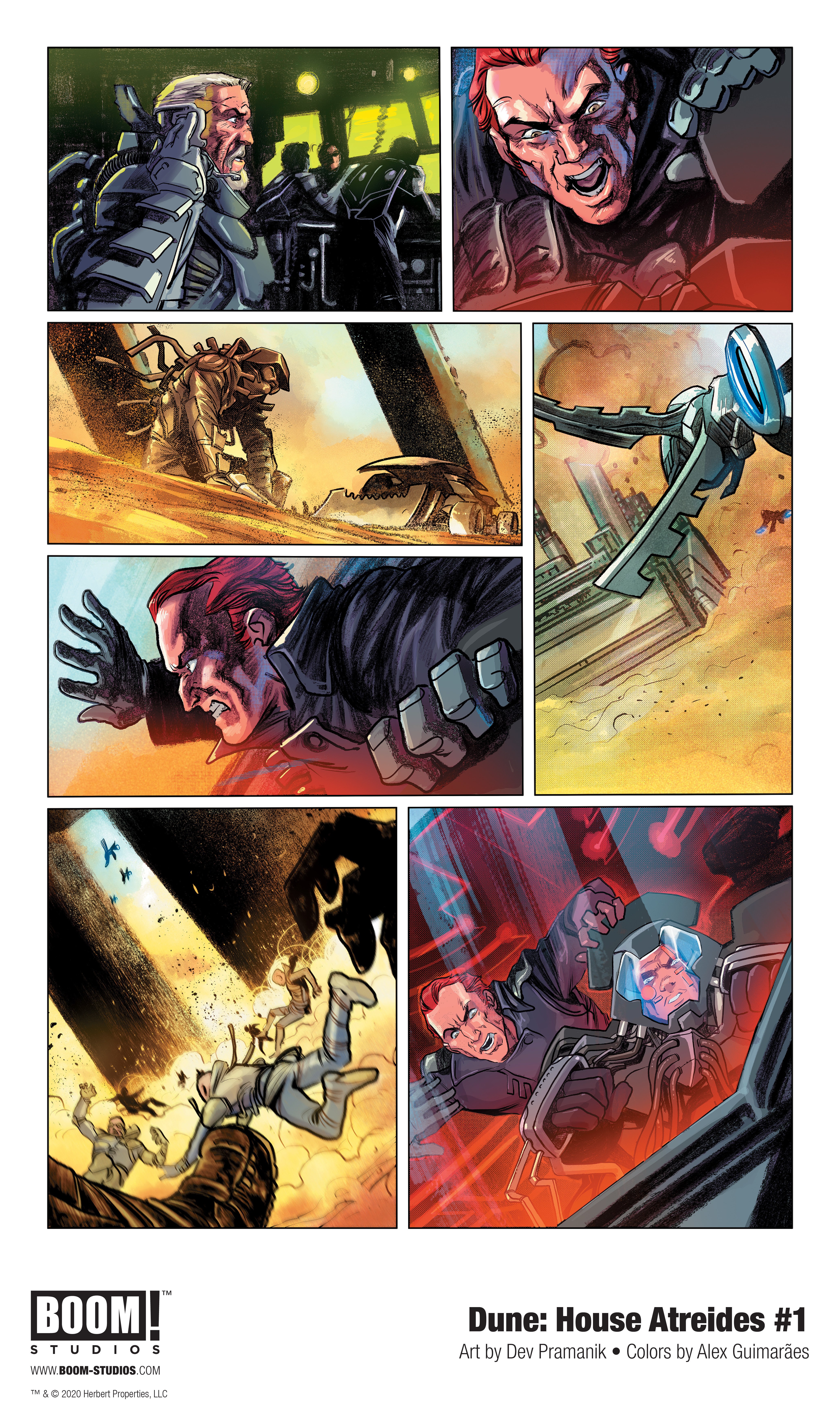 The series will feature a main cover by Jae Lee with a variant covers by Dan Mora, Miguel Mercado and more.

The 12-issue series is published in coordination with Abrams ComicArts, the company behind the upcoming graphic novel trilogy adaptation of Frank Herbert’s original Dune novel. 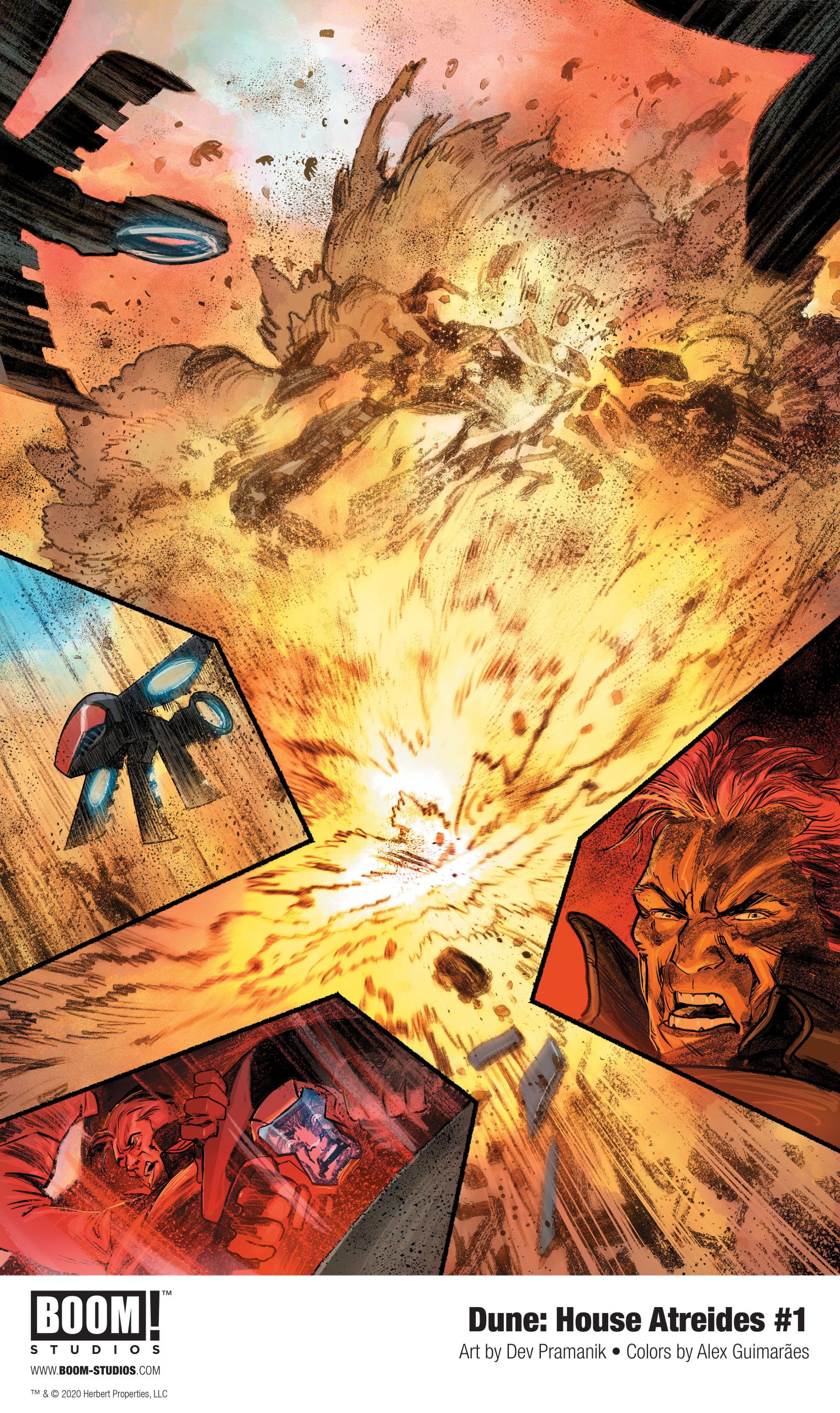 The first issue of the series is expected to arrive in stores in October 2020. 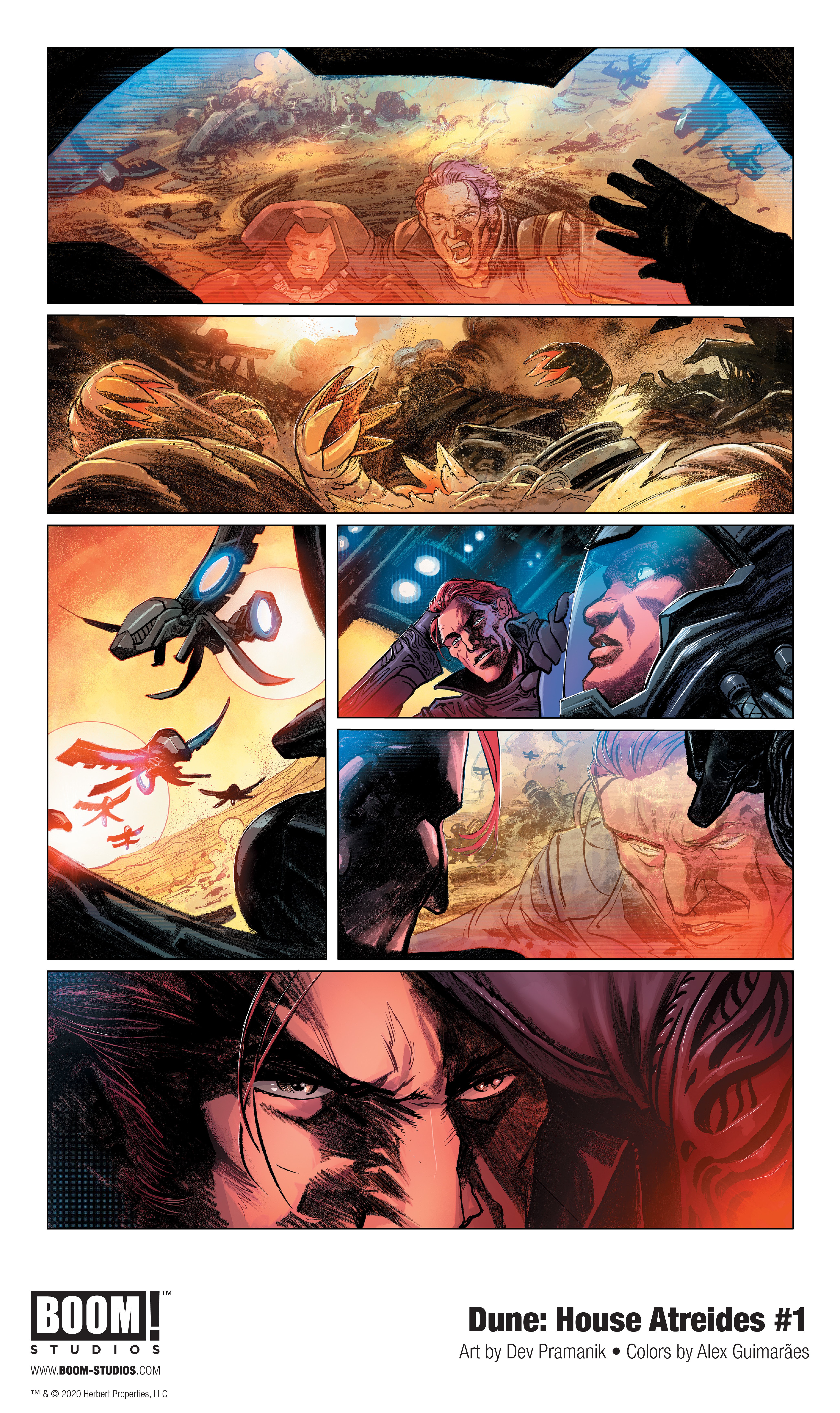 What do you make of this first look at BOOM! Studios’ Dune: House Atreides? Do you plan on picking it up?