Game of Thrones star and the upcoming Black Knight actor in The Eternals Kit Harrington recently opened up about his childhood and the types of roles he no longer wishes to play in television and film. 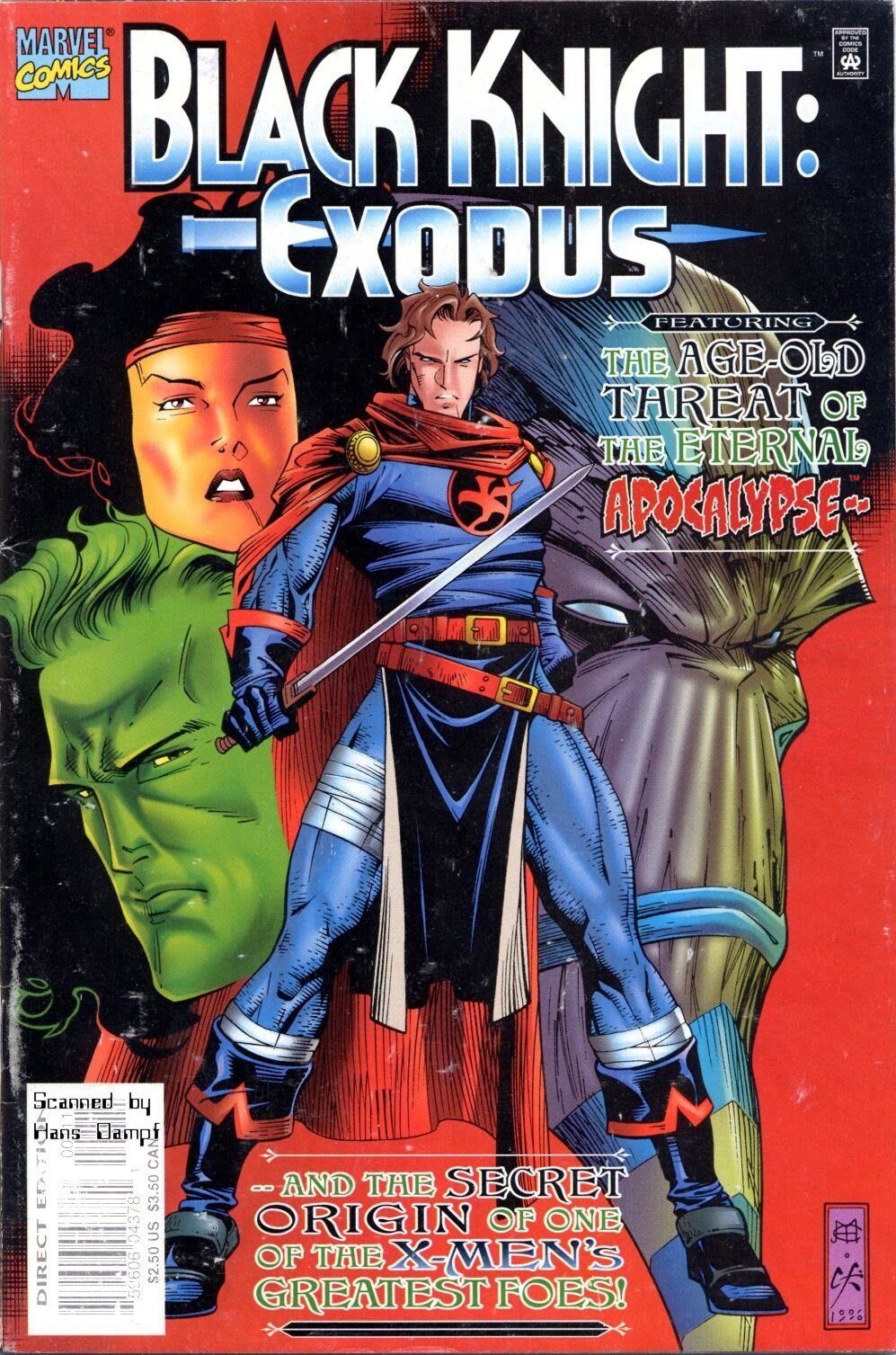 Speaking with The Telegraph, Harrington discussed his childhood and how his mom inspired him to be an actor as well as claiming that she raised him as “gender fluid.”

Harrington explained, “I idolised my mum. I followed her around the house. It was because of her that I wanted to be an actor. She used to take us to the theatre at least twice a week.”

The Eternals actor continued, “I asked for a Mighty Max and she bought me a Polly Pocket. I asked for an Action Man and I got a doll – it was very gender fluid from the word go. And I went with it.” 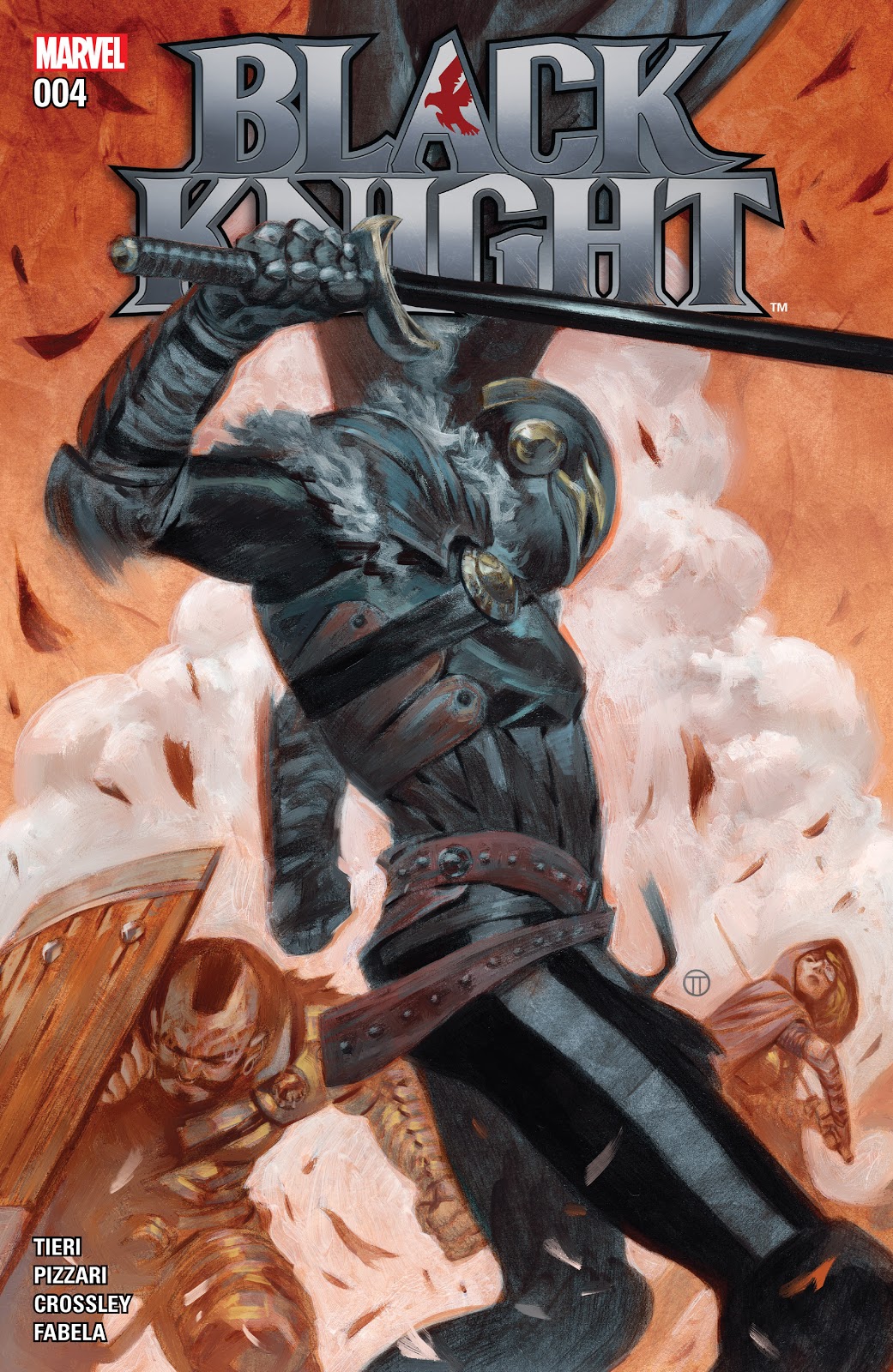 Harrington would then claim that “emotionally men have a problem.”

“I feel that emotionally men have a problem, a blockage, and that blockage has come from the Second World War, passed down from grandfather to father to son,” he stated.

Harrington explained, “We do not speak about how we feel because it shows weakness, because it is not masculine.” 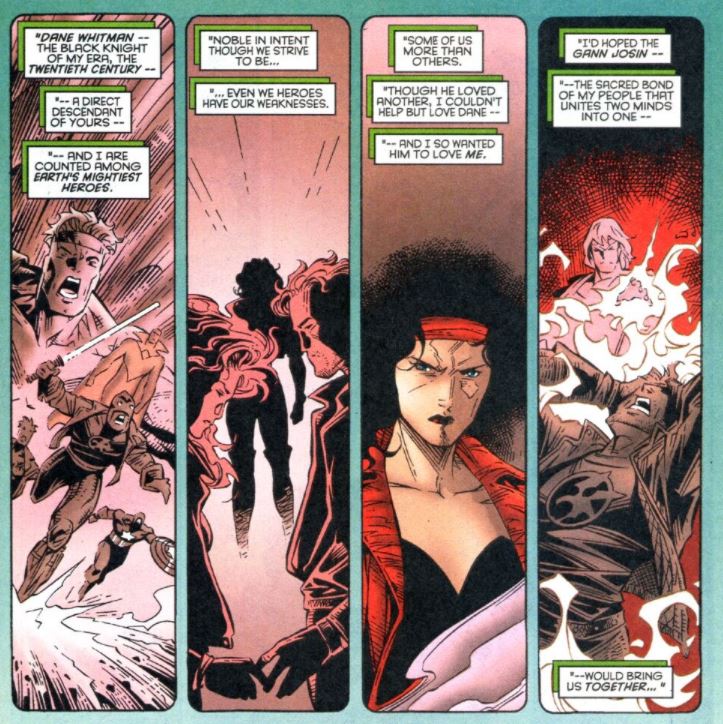 He then went on to detail that he no longer wants to play characters that are silent, heroic types. He stated, “Having portrayed a man who was silent, who was heroic, I feel going forward that is a role I don’t want to play any more.”

It’s highly likely that Harrington’s Dane Whitman in The Eternals movie won’t be a silent, heroic character. Harrington was announced to be playing Whitman, one of Marvel Comics’ Black Knight characters back in August 2019. 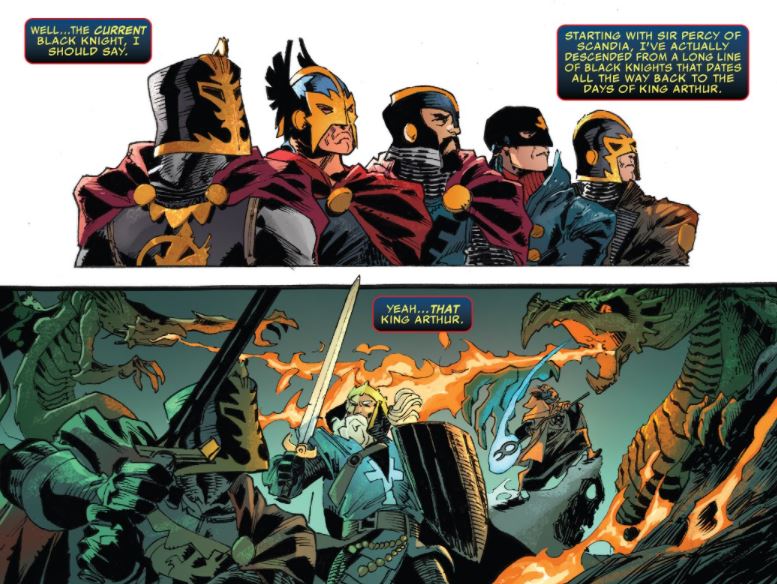 Whitman is the third iteration of the Black Knight and he inherits the title and his castle from his uncle Nathan Garrett. His uncle had used the Black Knight to pursue a life of crime. Whitman chooses to do the opposite and become a hero.

From there he would go on to fight with the Defenders before teaming up with Captain Britain to battle against the evil Mordred and his master Nercromon. 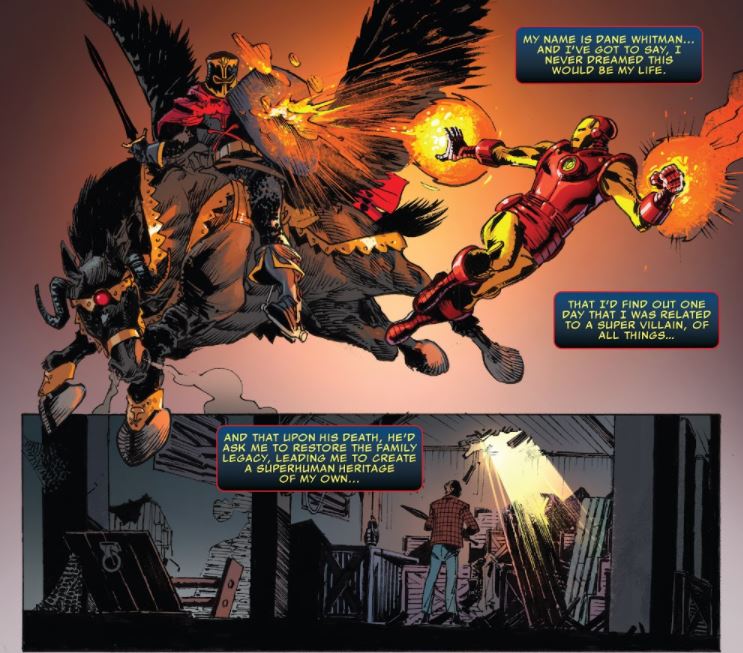 Whitman’s Black Knight would also go on a number of other adventures with the Avengers, join the Heroes for Hire, journey to Weirdworld, and battle Hydra’s Secret Empire.

Related: Rumor: The Eternals Pre-Production Was In Disarray, Kit Harington’s Black Knight Costume Will Be CGI

In a more recent adventure, Whitman fights his Ebony Blade, which appears to be corrupting him. In order to create the area of New Avalon, he brutally decapitates the former king. 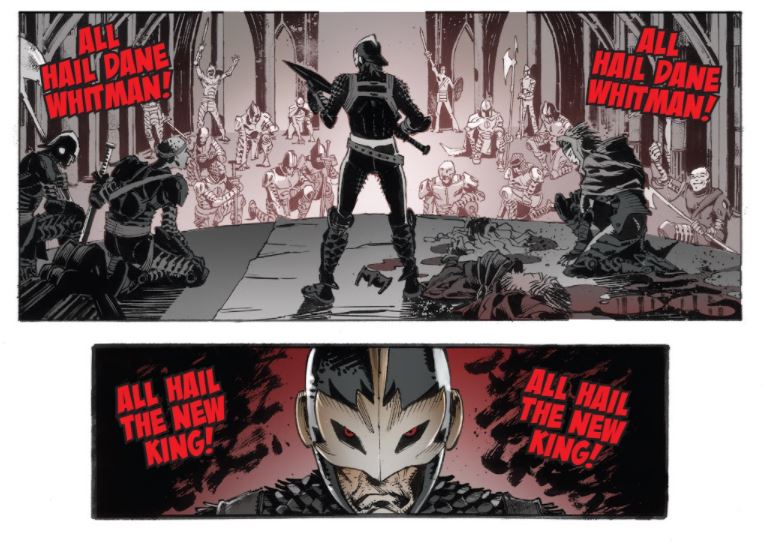 Even his own bodyguard describes him as “a man addicted to his sword, a man who talks to imaginary ghosts–to put it bluntly, a man who may or may not be completely insane…But a coward he most certainly is not.” 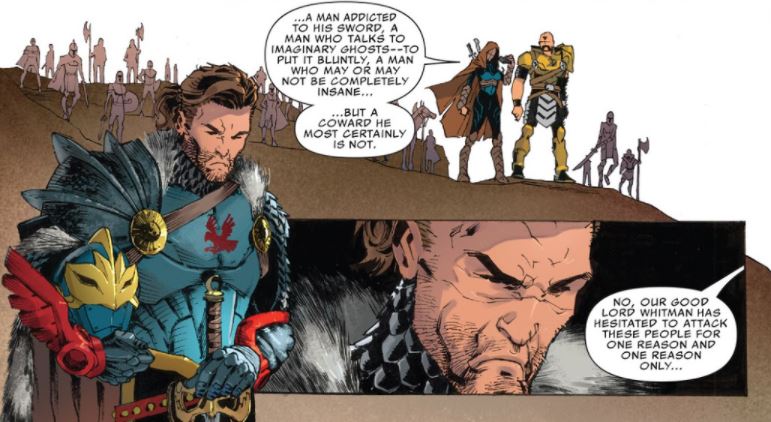 As you can tell, Whitman doesn’t really talk with anyone else about the problems he’s facing with the Ebony Blade. He bears the burdens himself.

However, once the blade is removed from him, he descends into a Gollum-like creature demanding the Ebony Blade be returned to him. 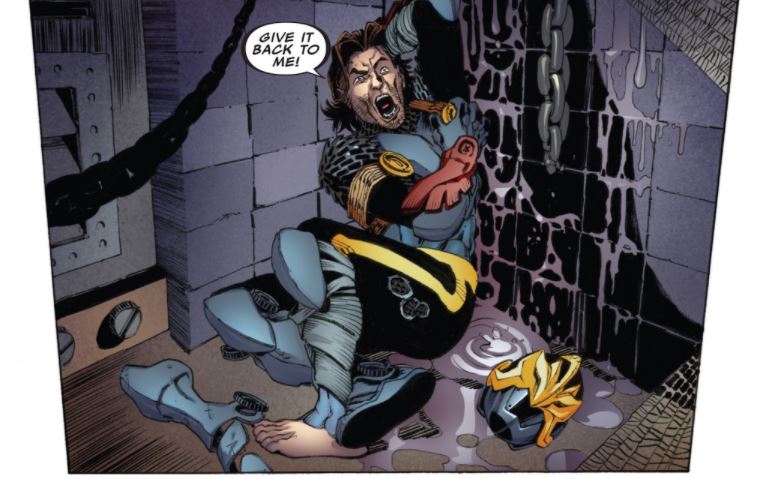 Nevertheless, he is able to bring himself out of this state to go and reclaim the Ebony Blade and take on the burden of the blade’s addiction. Something he does achieve. 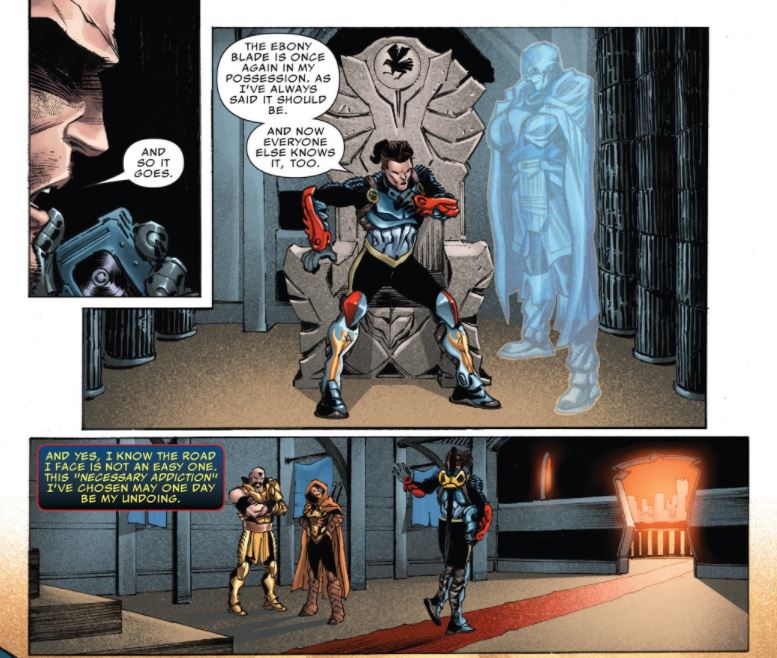 Given, that Whitman literally silently takes on the burden of he Ebony Blade’s addiction, it’s odd that Harrington would indicate he’s no longer interested in playing a character like that when all expectations are that he will be playing that type of character.

If Harrington’s comments do apply to The Black Knight, it appears the character will be undergoing a pretty significant change in personality for The Eternals film.

What do you make of Harrington’s comments? How do you think these comments will effect The Eternals film?