YouTuber and scooper Grace Randolph reacted to the news that Leonardo DiCaprio and Jennifer Lawrence were cast in Netflix and director Adam McKay’s Don’t Look Up film by taking issue with the skin color of both Lawrence and DiCaprio.

Randolph voiced her concern about the casting stating, “This is a decisive moment for Netflix, getting Leonardo DiCaprio to co-star in one of their films with Jennifer Lawrence. They have officially arrived re producing movies.”

However, she then wrote, “I don’t know about having two white leads – but we’ll see how the film looks! Incredible cast.” 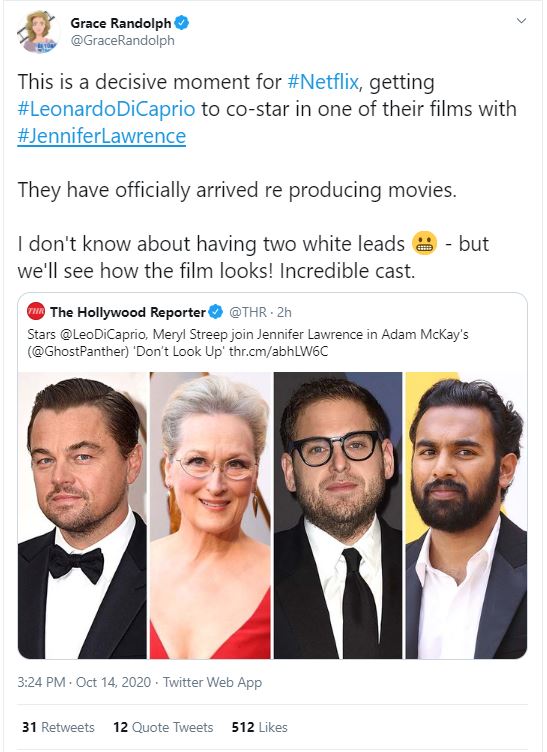 Randolph would follow that tweet up with another one, where she wrote, “Look, if you don’t see the issue of two white blonde actors playing the two leads in a movie where they play two modern scientists – meaning you really could cast ANYBODY then what the hell have we been doing the past few months?” 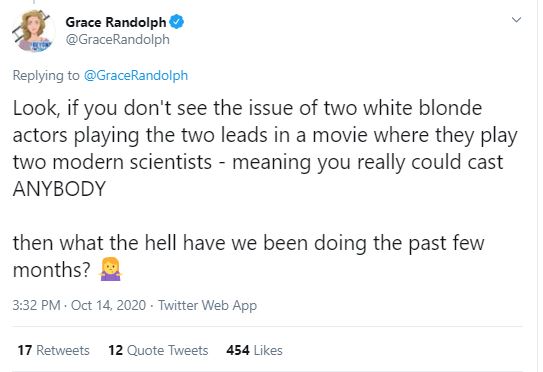 Randolph would also defend her racist comments to a number of individuals.

One user asked, “What’s wrong with having two white leads?? I’m all for diversity, but it just seems a little ridiculous to have to force it into every movie. Also I’m latino and I would like to see more latino representation, but it seems like a great cast to me. Love your videos btw.”

Randolph responded, “If an actor of color can’t even get to play a scientist in a movie where the other scientist has been cast as a white actress – when so many people in the scientific community are of color? Come on.” 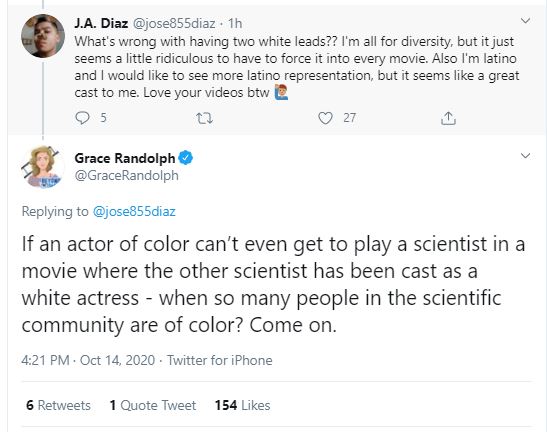 Another user stated, “Grace I love you and your videos but youre REALLY doing the most. Im hispanic-American and im really just down to watch a good movie. Theres other diverse upcoming films people can watch if theyre just looking for representation. No need for identity politics in everything.” 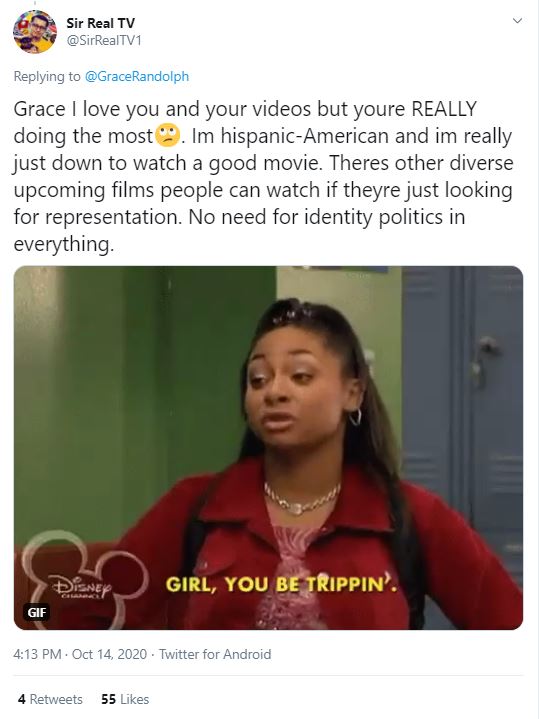 Randolph responded, “If you don’t hold the line, Hollywood will think you don’t care, and all the progress of the last few months will be lost.” 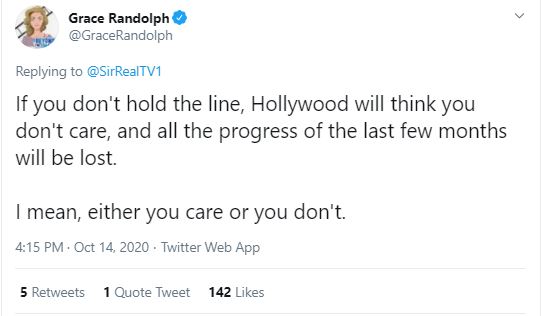 The film will reportedly follow two astronomers who embark on a media tour to warn the public about an impending asteroid that will destroy the Earth.

The Hollywood Reporter would provide a bit of a different spin, describing the astronomers as scientists instead. They also claim that the two scientists will be played by Lawrence and DiCaprio.

The movie is expected to start filming in November in Boston.

What do you make of Randolph’s comments?