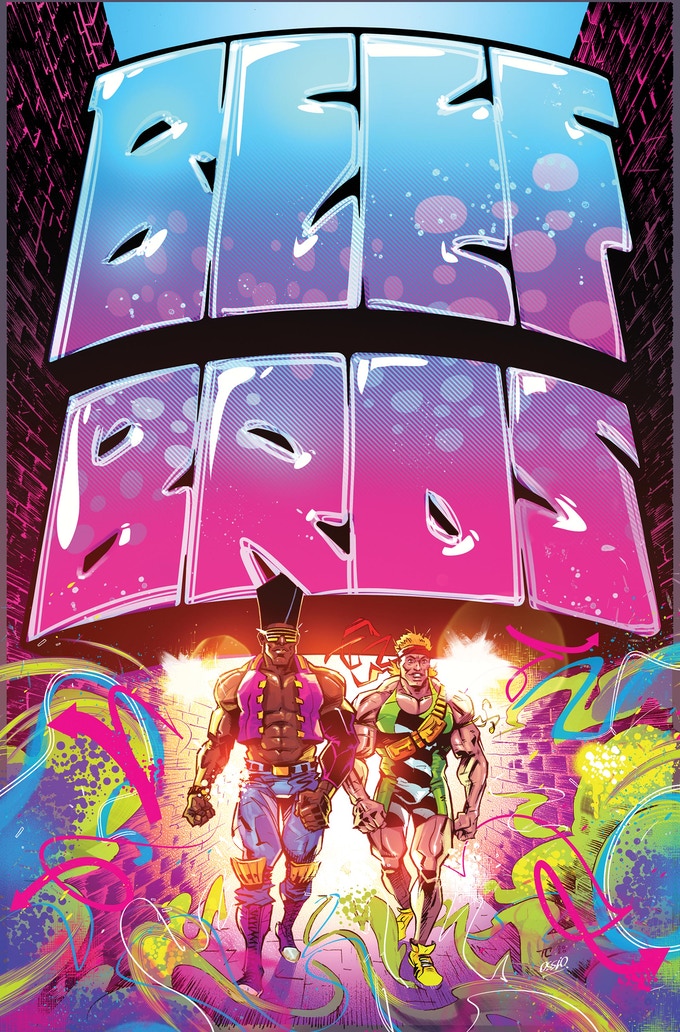 Sitterson will be collaborating with artist Tyrell Cannon on the series that will see two superheroes named Huey and Ajax Beef who are “willing to brawl with sadistic police, cruel landlords, and predatory corporations not because of any complicated college-boy theorizing, but because helping people out is simply the right thing to do.”

He goes on to describe the 32-page, full-color issue as an “anarcho-communist take on superheroes with politics so radical that the big corporate-owned publishers would never touch it.” 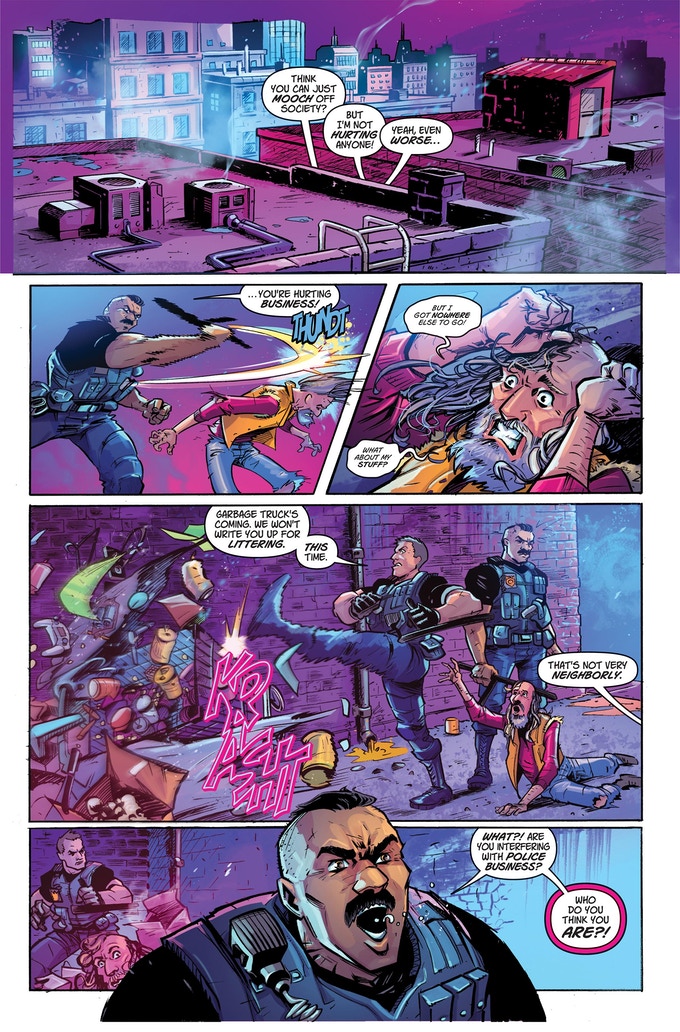 Sitterson explains the world needs Beef Bros because “superheroes were all about one thing: Protecting the little guy, gal, or nonbinary pal. But somewhere along the way that got lost, as capes transformed from populist defenders of the working class to glorified supercops.”

In a YouTube video promoting the series, Sitterson elaborated, “The embodiment of centrist law and order and even outright reactionary politics. To make matters worse. To add insult to injury, most of the most popular superheroes are owned by colossal mega corporations that pay creators, the people who invented these superheroes, a mere pittance. I’m talking pennies.”

Sitterson goes on to explain that Huey and Ajax Beef “are a couple of happy go lucky bodybuilders helping out their communities. Not through any complicated theorizing, but instead in accordance with that one true, inviolable, moral, and ethical imperative: if you can help someone, you do it.”

“They don’t waste time beating up on criminals. No, they take the fight to the real villains. I’m talking about sadistic cops, greedy landlords, and even a couple of bootlicking rival superheroes. All while embodying egalitarian ideas of empowerment and mutual aid,” he adds. 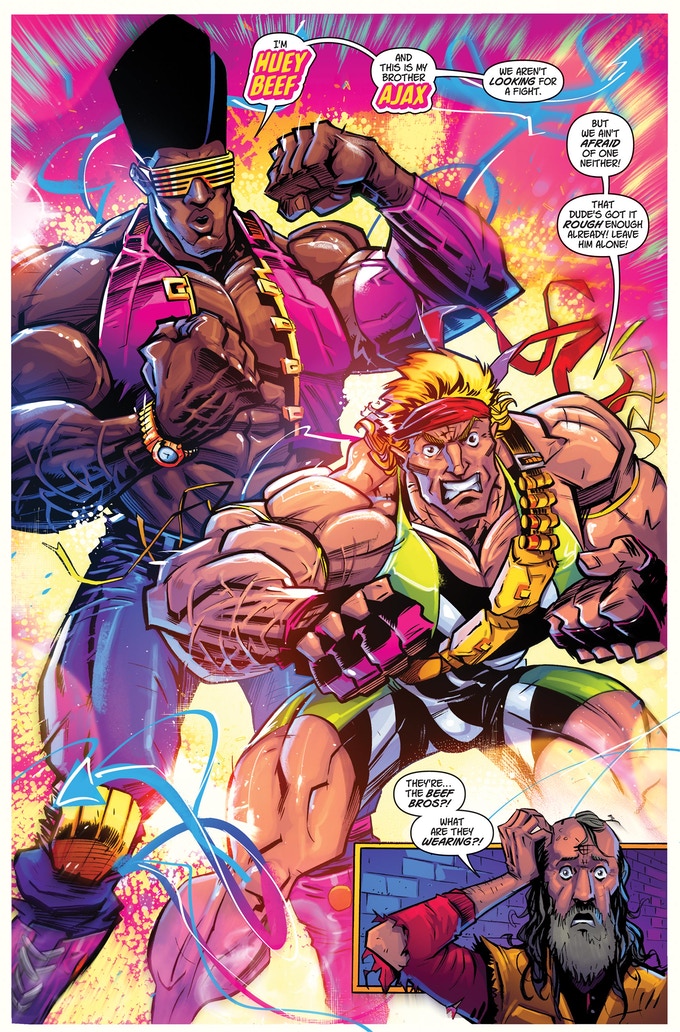 Sitterson also told Bleeding Cool that he describes the comic as “nice leftism” and that it is an “antidote to toxic masculinity.”

Sitterson’s theory that mainstream, corporate comics wouldn’t publish a book is an interesting theory, although I don’t think it holds water as DC Comics just turned Barbara Gordon aka Batgirl in an antifa activist in Gotham. 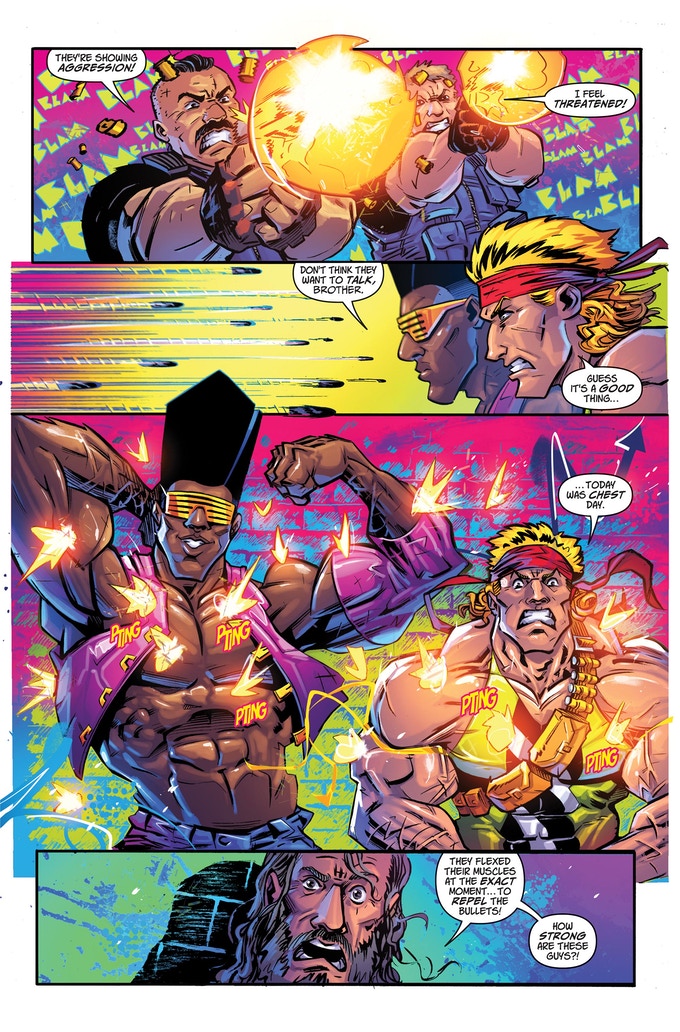 The campaign has a number of stretch goals. At $20,000, Sitterson claims he will take a page rate. If not, he claims he’s “not taking a page rate at all.” It also means pay raises for the rest of the creative team, which includes colorist Fico Ossio and letterer Taylor Esposito.

And then at $30,000 Sitterson says “the entire team gets their increased rate on Beef Bros #2.” 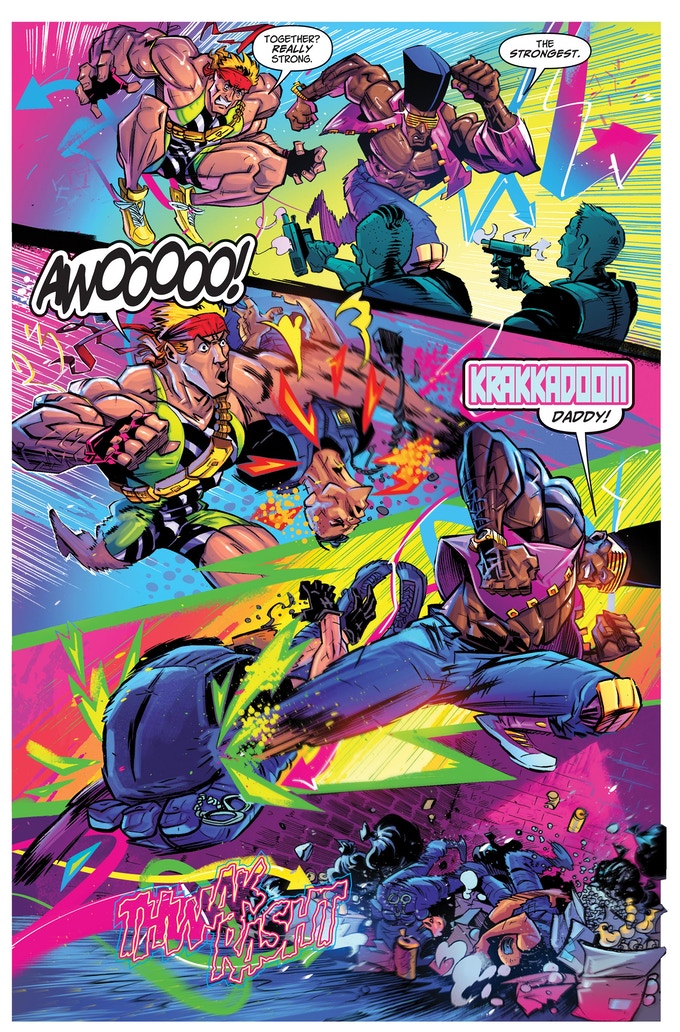 What do you make of Beef Bros? Do you plan on backing it?