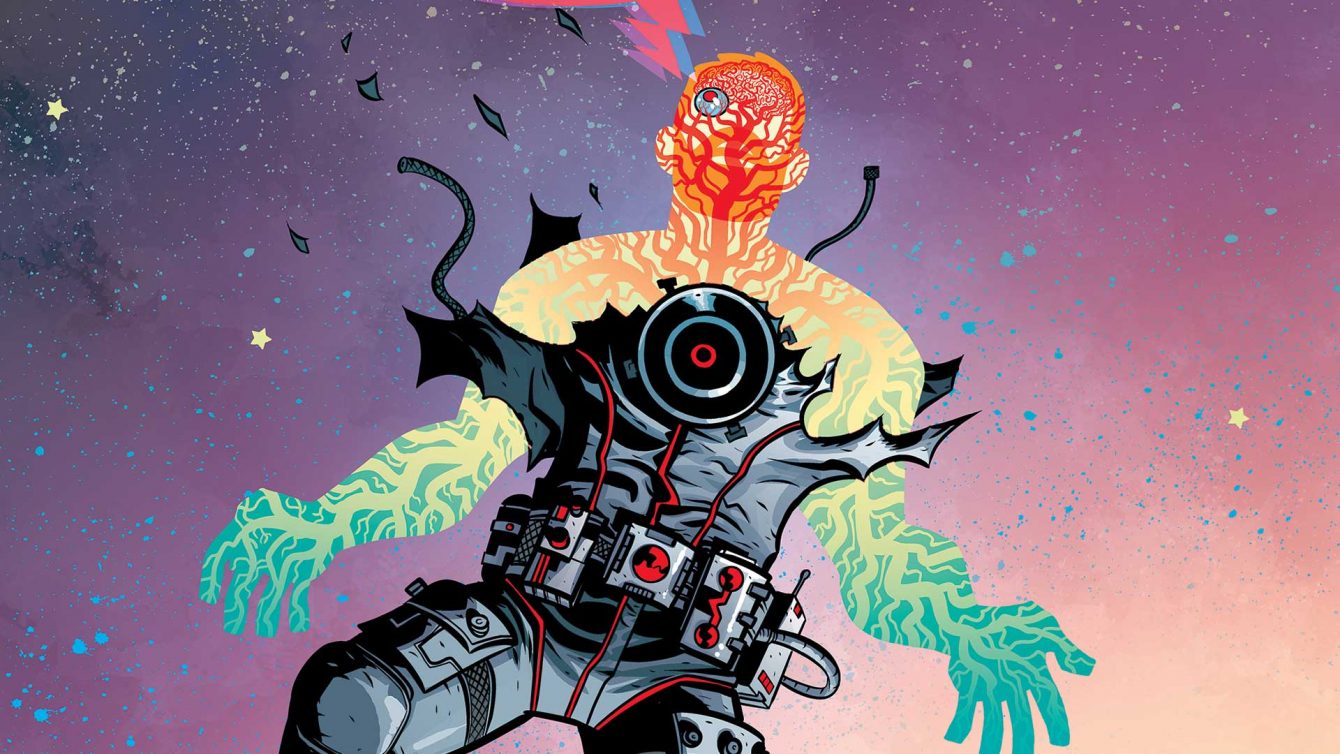 Oeming, the current artist for Image’s The After Realm, perhaps best known for co-creating the series Powers with Brian Michael Bendis, shared the artwork on the eve of various elections in the United States, one of which saw Iannarone challenging incumbent Ted Wheeler for the position of Portland Mayor. 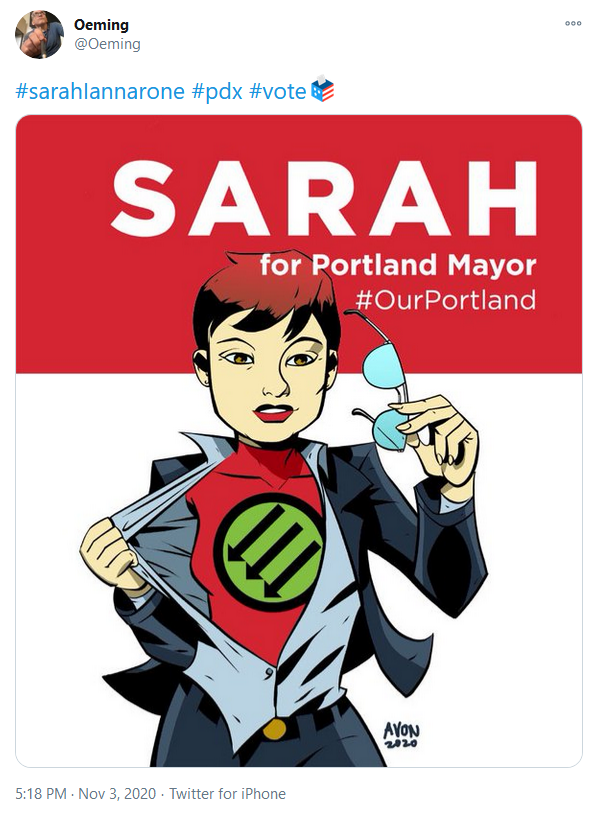 The ‘Three Arrow’ symbol was first used by the Iron Front paramilitary group of the Weimar Republic and the Social Democratic Party of Germany as a symbol of resistance against extreme, totalitarian ideologies on either side of the political spectrum before it came to represent resistance against Nazism, Communism, and Monarchism during the period of political turmoil within Germany during the 1930s. 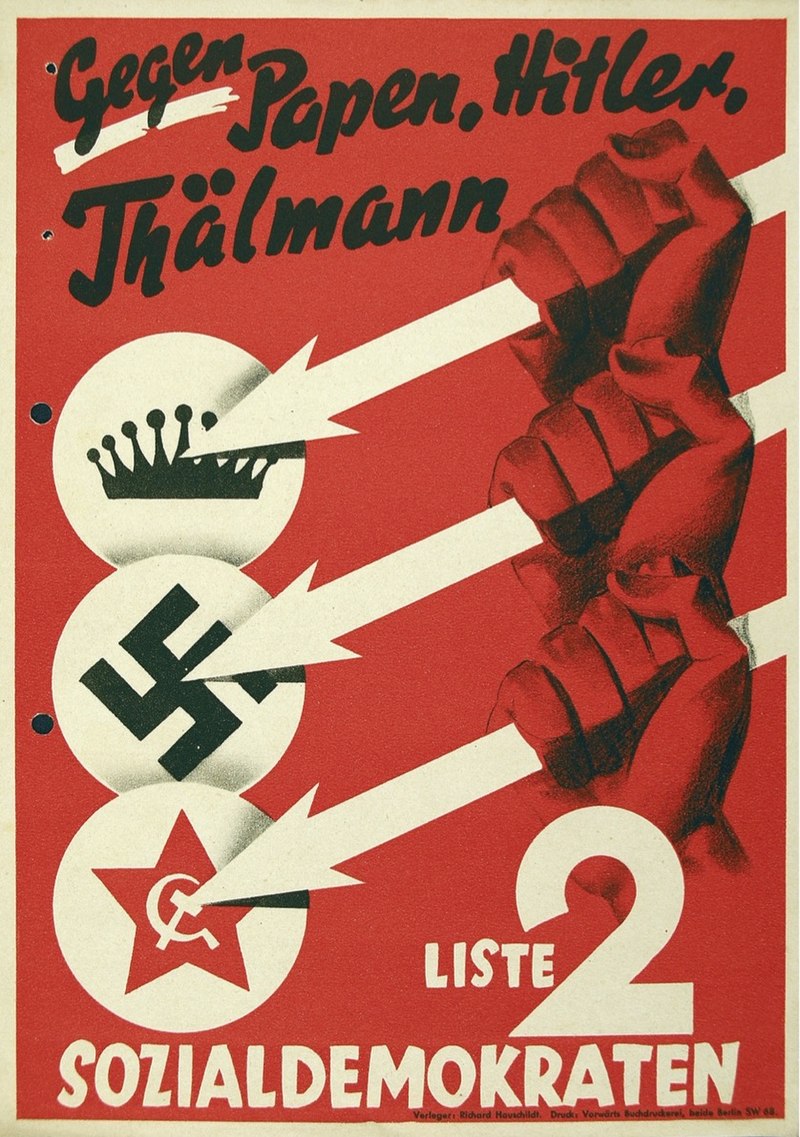 The symbol is now used by Antifa supporters as seen when a sign featuring the image was unloaded from an U-Haul truck in Louisville, Kentucky earlier this year. 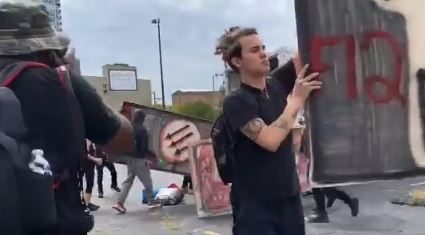 Iannarone previously voiced her support of and membership among Antifa in 2019, when she put herself forward as a peaceful example of an Antifa supporter in an attempt to push back against regular media and social media reports of growing instances of violence by the black bloc group.

“To those who say Antifa are violent thugs: I am not a violent thug and I am Antifa,” Iannarone declared during last year’s Holocaust Memorial Day, before accusing supporters of President Donald Trump, whom she refers to as “Red Hats,” of “coming after brown & black people, after Jews, after queer & trans people, and more.” 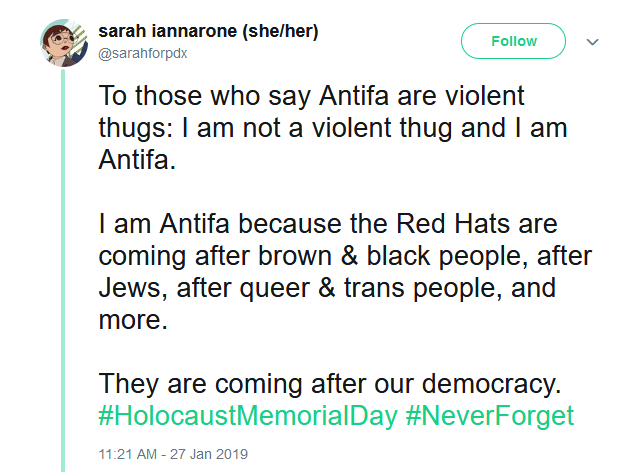 In an August interview with Portland news station KGW8, when asked if she would condemn the increasingly regular riots perpetrated by Antifa supporters in Portland, Iannarone refused, instead arguing that “We need to understand these protests are part of a healthy democracy,” because “peaceful protests, in my opinion, might not necessarily be moving the conversation forward.”

When asked if she specifically denounced the “criminal activity” being seen in the streets of Portland, such as “lighting fires with people inside the building”, Iannarone avoided providing a straight answer.

Instead she pivoted to arguing that Antifa’s “outrage towards the police are valid, and the problem of police brutality and executing black lives in the street is more important than petty vandalism to me.”

Following Oeming’s initial sharing of the fan art, Iannarone would post it to her personal Twitter account, thanking the Cave Carson Has An Interstellar Eye artist for the “Amazing fan art” and encouraging voters to “please turn in your ballots!” 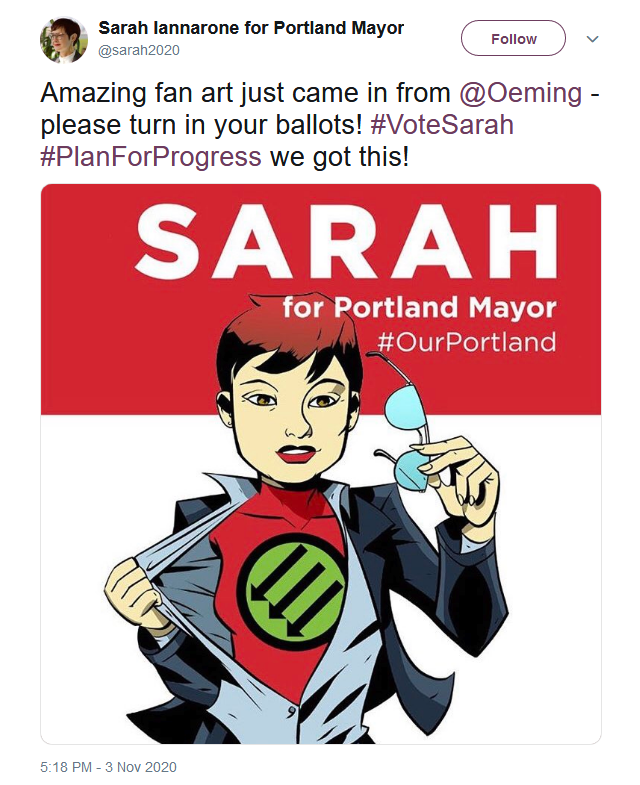 Unfortunately for Iannarone, despite her best efforts, she ultimately lost her bid for election to Mayor Wheeler by approximately five points.