The Mandalorian actor John Leguizamo raged at Floridians for casting their votes for President Donald Trump.

The actor portrayed the cyclopean character Gor Koresh in the first episode of Season 2 of the Disney Plus series The Mandalorian.

Leguizamo’s character attempts to get one over on The Mandalorian by ambushing him in an underground fighting ring. However, the Mandalorian is easily able to defeat his thugs.

While the Mandalorian makes short work of Koresh’s thugs, Leguizamo’s character attempts flee, but it is to no avail. The Mandalorian quickly catches up to him, then hangs him by his feet to a light post where he leaves him to be devoured by a number of mysterious creatures.

After his character was killed off in The Mandalorian, just a week later Leguizamo raged at millions of Floridians after the majority of the state voted for President Donald Trump.

Leguizamo wrote on Twitter, “Florida is dead to me! Let the lemmings drive their golf cars into the ocean!”

Leguizamo is no stranger to making inflammatory statements.

At the end of October he commented on a photo of Ivanka Trump posing with police officers.

Daily Beast editor Molly Jong-Fast first shared the photo commenting, “Poor ivanka forget that junior is the one who ‘hapless authoritarian’ on social.” 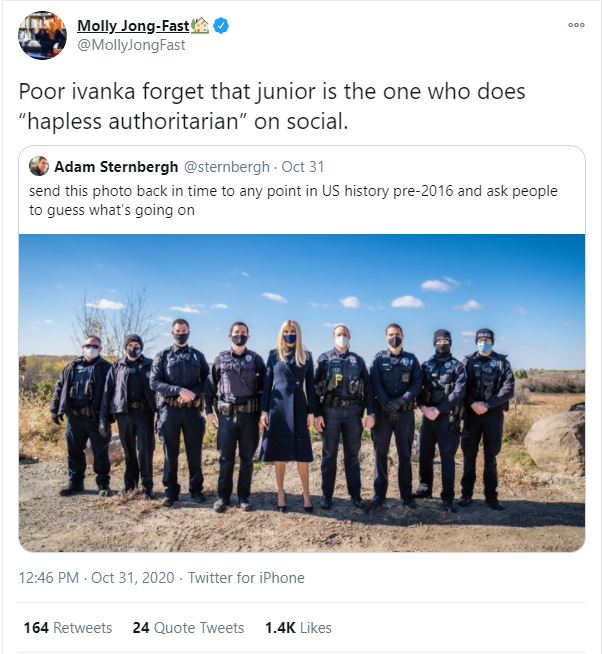 Leguizamo responded to that tweet writing, “Wow! The birth of Fascism in real time!” 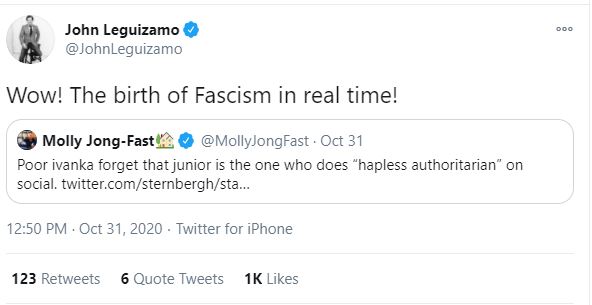 Back in May 2019, the Star Wars actor said, “Trump is destroying our country to satisfy Putin! Probably what that 90 minute call was about last week! Putin blackmailing Trump!” 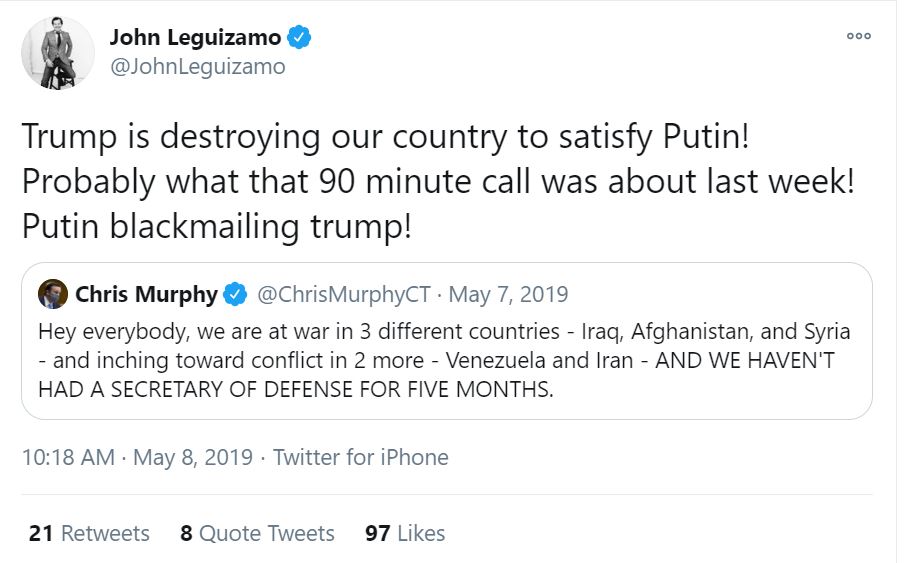 The actor has also seemingly called for violence against Republicans.

Back in June 2018, he wrote on Twitter, “No more playing nice with Republicans because they have never played nice back!! Fight back and fight back smart and till the bitter end!! F$k civility! They ain’t never been civil!!” 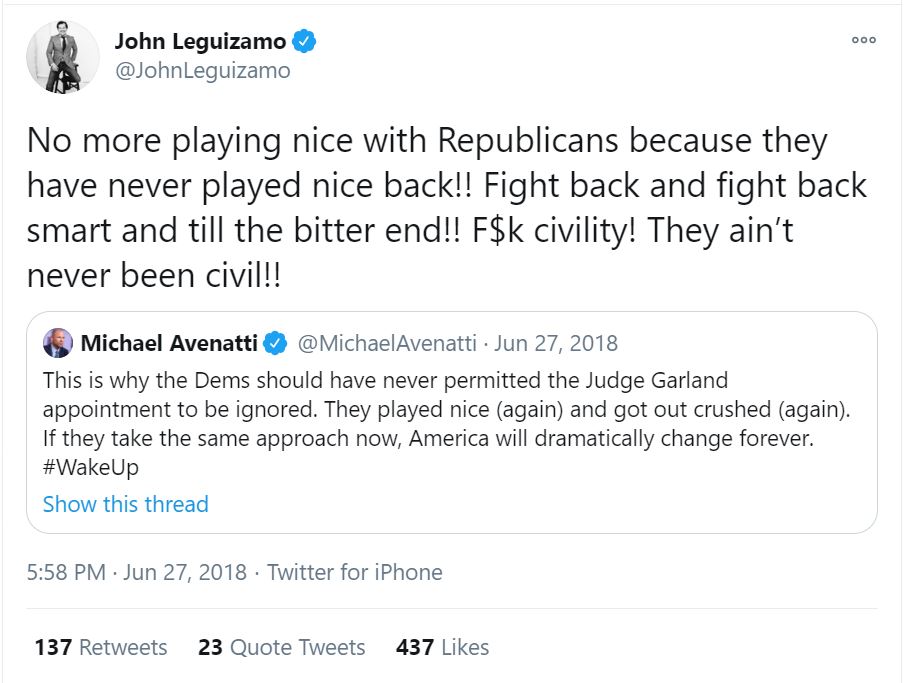 In fact the actor’s opinions about Republicans goes back to at least 2012 when in an interview with CNN he compared Latin people who vote for Republicans to “roaches for Raid.”

Leguizamo stated, “Latin people for Republicans are like roaches for raid.”

What do you make of Leguizamo’s comments about Florida?