The latest issue of Marvel Comics’ X-Men has reused interior art from a previous issue, in a move that sees customers paying full price for what is mostly the same book with different wording. 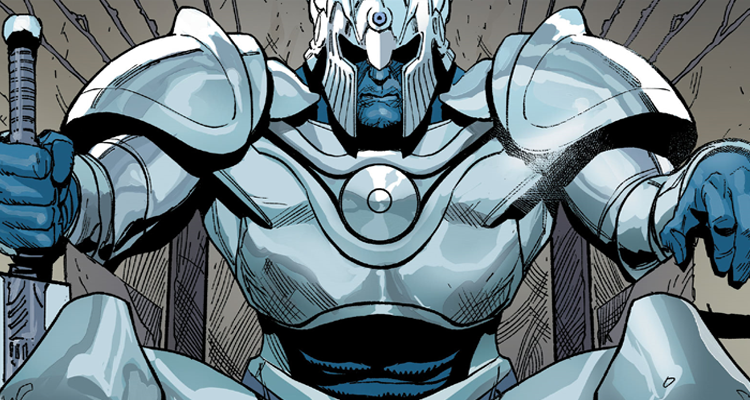 As part of Marvel’s current X of Swords event, writer Jonathan Hickman and artist Leinil Francis Yu’s X-Men vol. 5 #12 centers on “a mutant’s history of Arakko and the Fallen World of Amenth” and features interior art depicting an account of one of Apocalypse’s earliest conquests as told to him from the perspective of Summoner, the son of Apocalypse’s First Horseman of War. 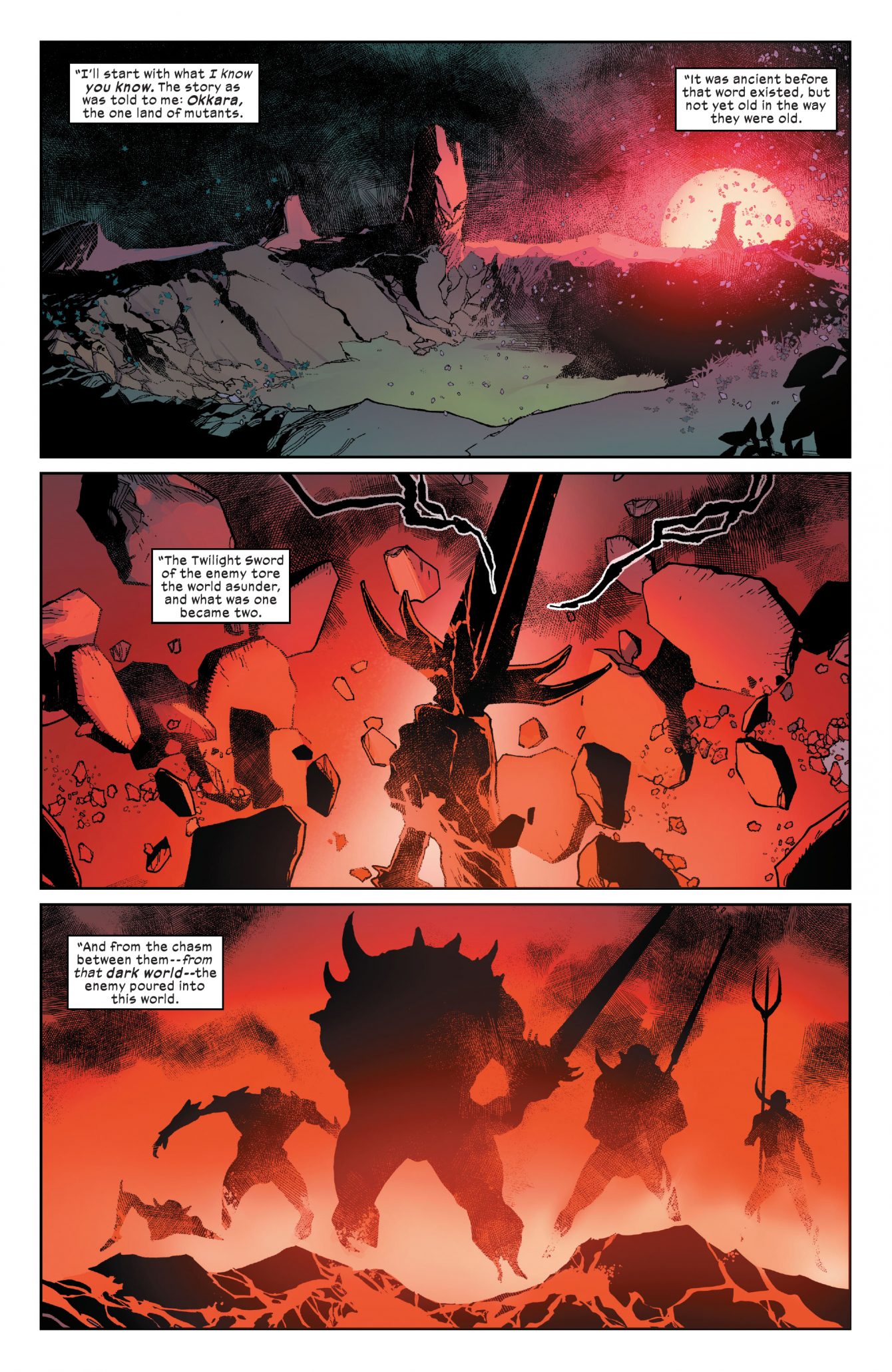 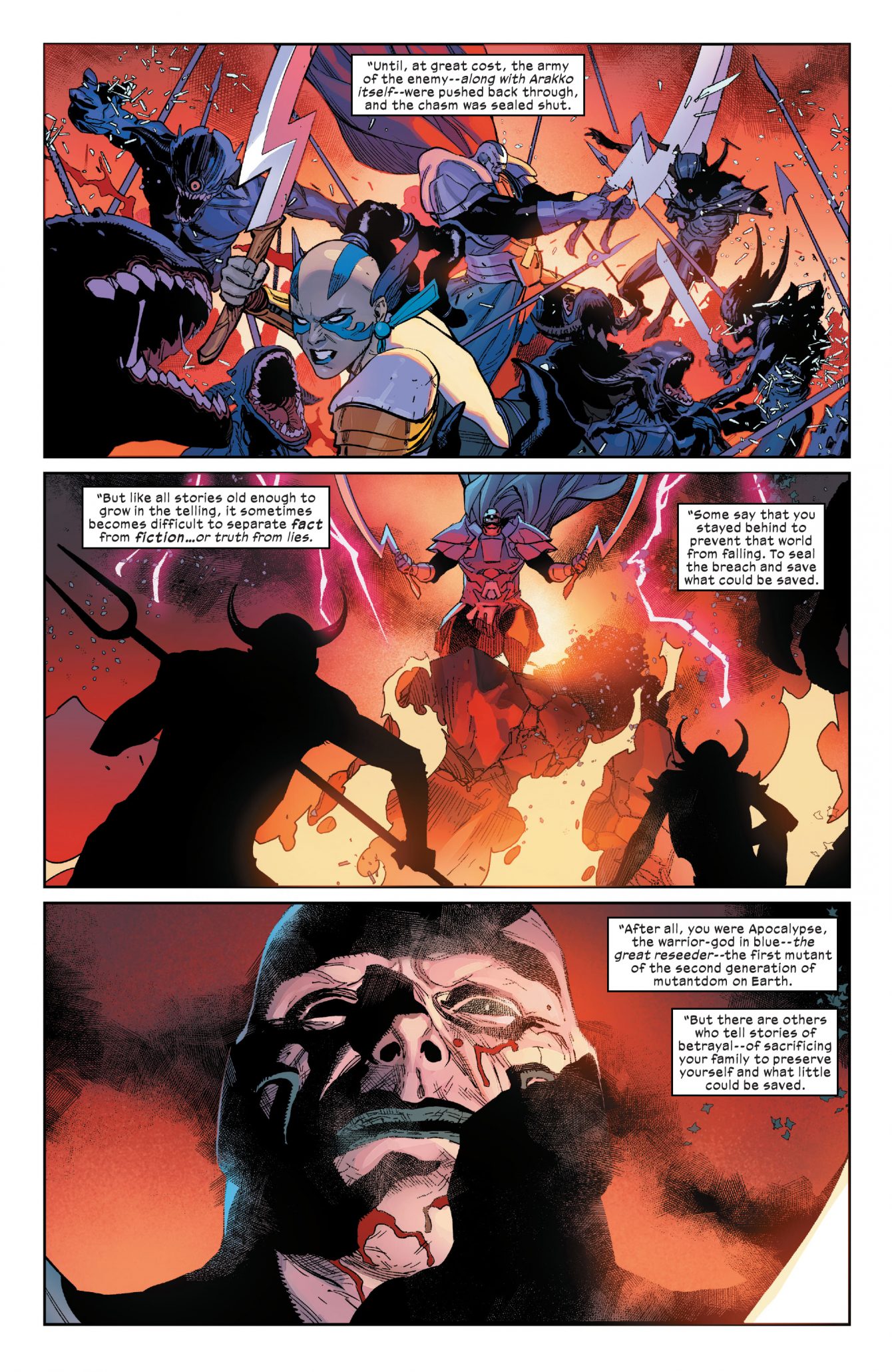 Two issues later, in X-Men vol. 5 #14, the same story is recounted again to Apocalypse, this time as recalled by his long-lost wife, Genesis.

Traditionally, if two separate issues depict the same scene, and especially if the issues feature two different artists, the respective artist of each issue will redraw the scene in their own style in order to keep a sense of visual consistency.

However, rather than feature new artwork illustrating Arakko’s history by primary issue artist Mahmud Asrar, Marvel instead opted to reprint Yu’s interior artwork from X-Men #12, changing only the word bubbles to tell the tale from Genesis’ point of view. 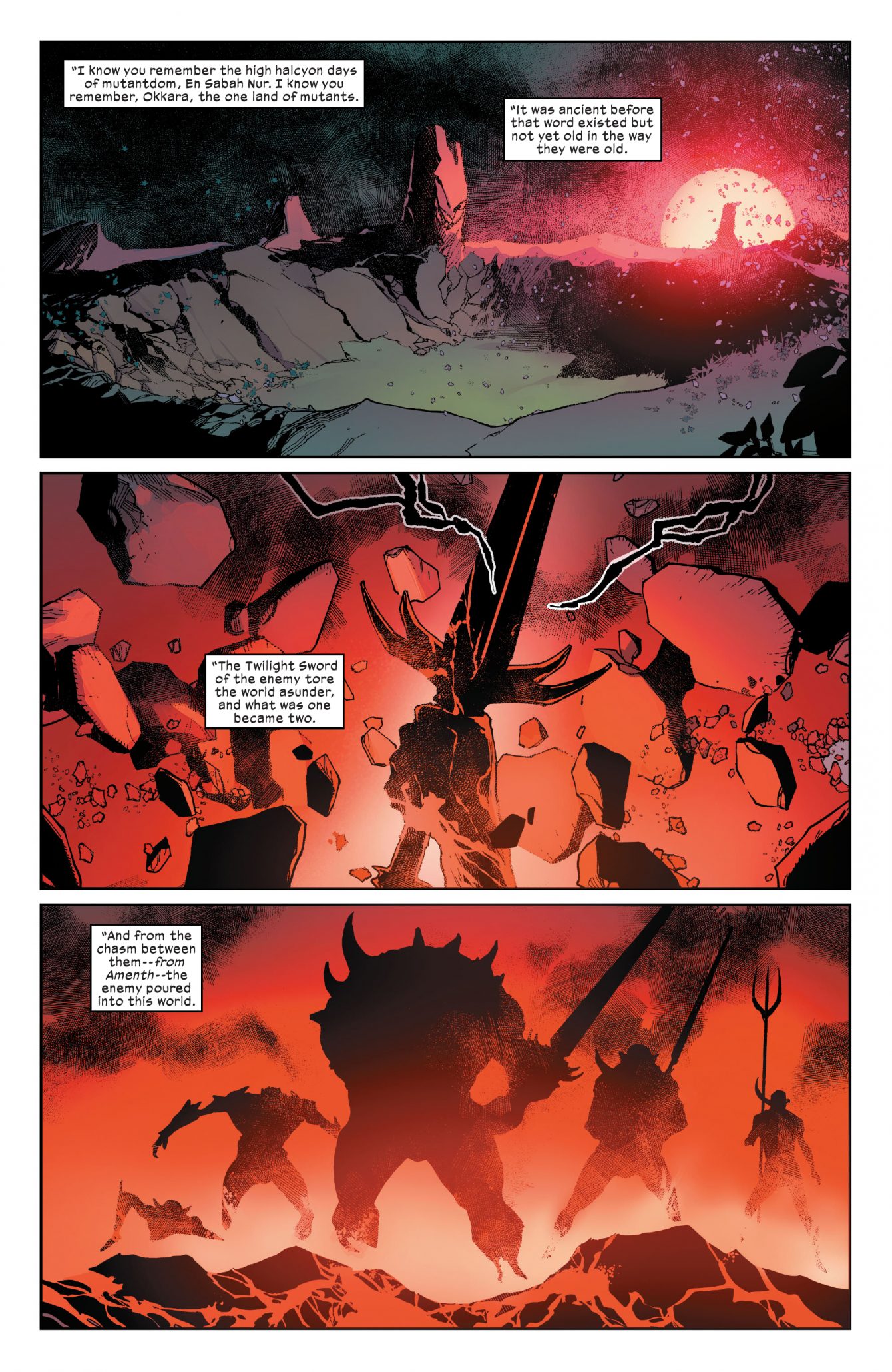 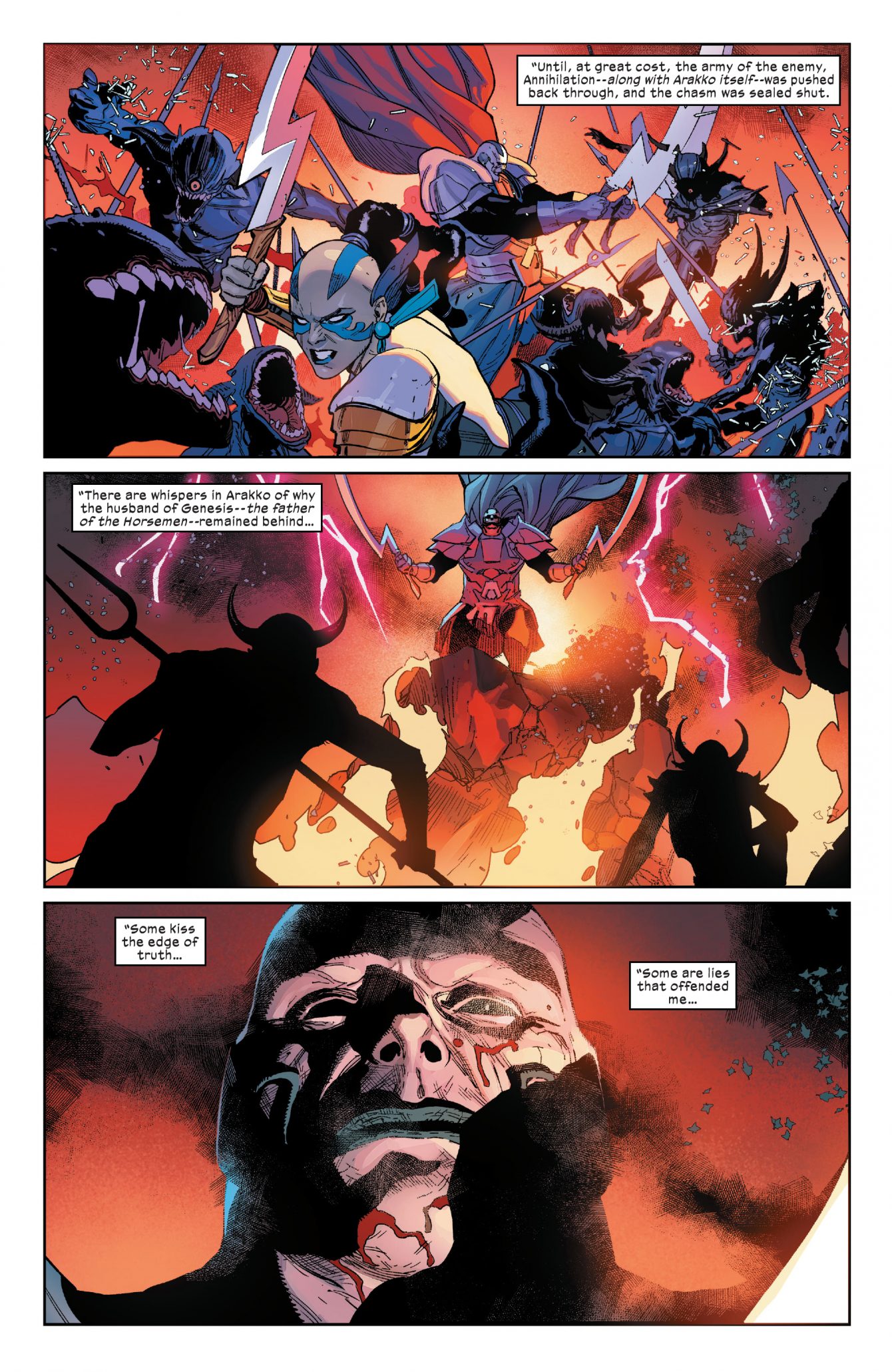 At a length of fifteen pages (including its mid-issue title page), the history of Arakko takes up a majority of both issues’ total page count of twenty-two.

A physical, side-by-side comparison of the issues, as provided by Twitter user @ScienceJesus, can be seen below.

Marvel fucking recycled 14 out of 22 pages of art from X-Men 12 in X-Men 14 & had the fucking GALL to charge $3.99. This is absolute unacceptable. pic.twitter.com/yPMzW7ZcgD

What do you make of Marvel reusing their artwork for X-Men #14?