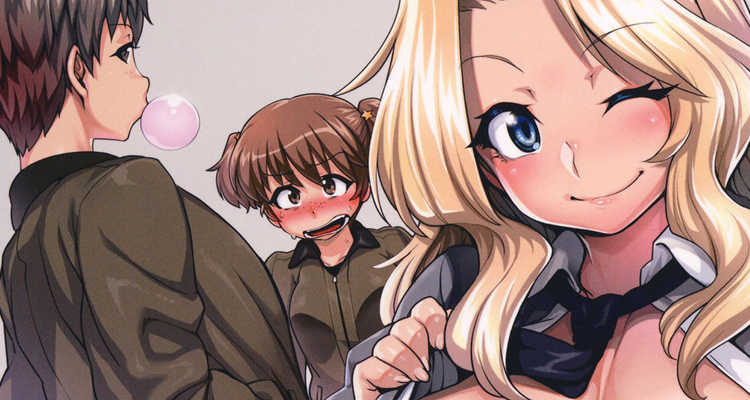 News of this ban was first reported on November 19th, when multiple French citizens took to social media to report that their attempts to access the page were being denied, instead resulting in a forced redirect to a newly established government landing page.

One of, if not the first, alerts to this development was sounded by Reddit user /u/Kodoxd, who informed their fellow subscribers to the /r/nhentai subreddit that “Nhentai is now down in France. Guess I need to buy a VPN.” 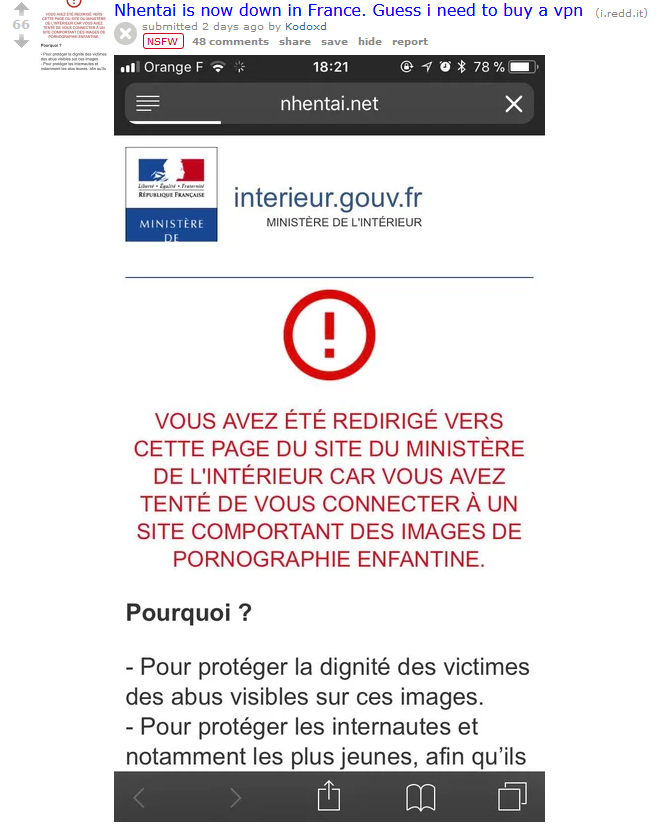 Artist @Saurei_ similarly announced to their followers that “Nhentai is not available anymore in France.”

“Motherf—ing hell,” they exclaimed. “How am I supposed to fap?” 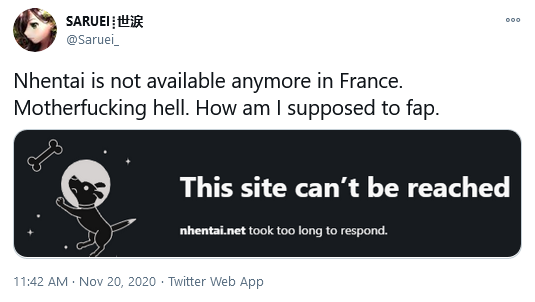 According to the warning, users were being “redirected to this page by the Ministry of the Interior because you have attempted to connect to a site containing image of child pornography”, an act which was being done in order to “protect the dignity of the victims of abuse seen in the images” and “protect the internet users and especially the very young, who did not want to find these shocking images.”

The French government also noted that access to the website was restricted “so that the person who is trying to view this images can be made aware of the gravity of his attraction”, in order “to fight against the sites that produce these images”. 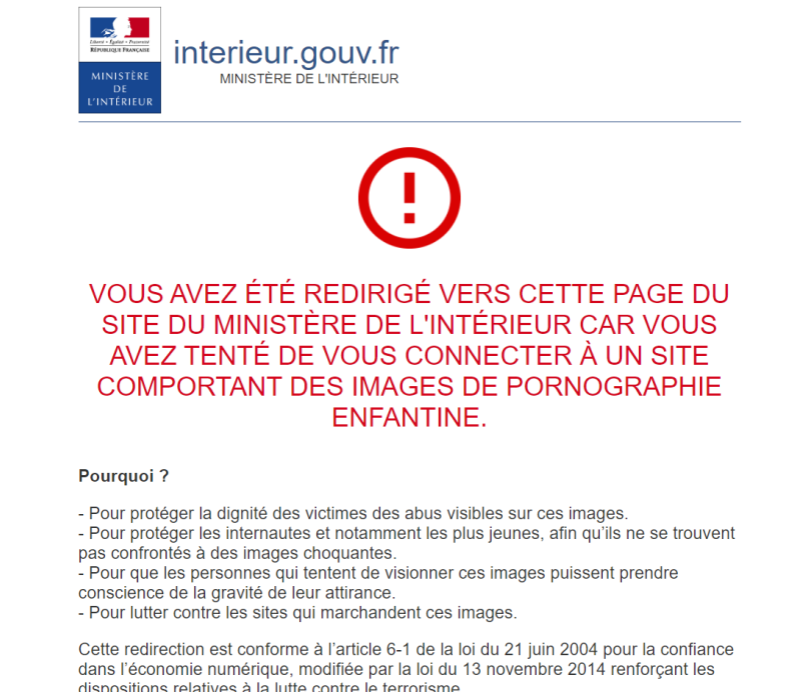 Though there have been sporadic reports of some French users still being able to access the site, they are few and far between, being overwhelmingly drowned out by those finding their own efforts to be unsuccessful.

This ban was ostensibly done under the powers provided by Décret n° 2015-125, a decree whose passage granted French authorities the ability to block any site, at any time, if it is suspected of being used to facilitate terrorist activity or distribute child pornography.

It should be none of the galleries hosted on Nhentai contain any images of real-world individuals, adult or otherwise, as the site exclusively deals in illustrated content, primarily Japanese in origin. 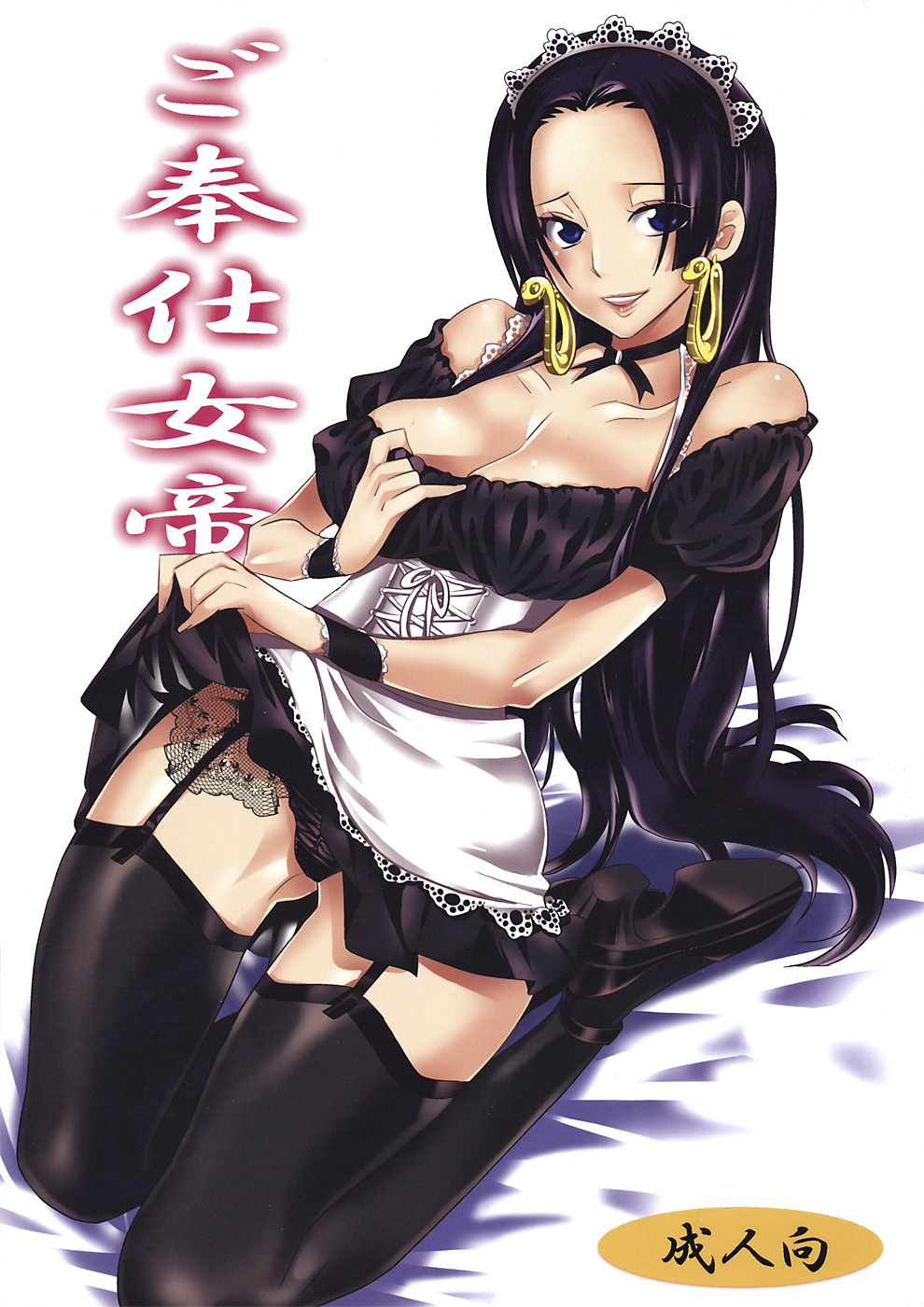 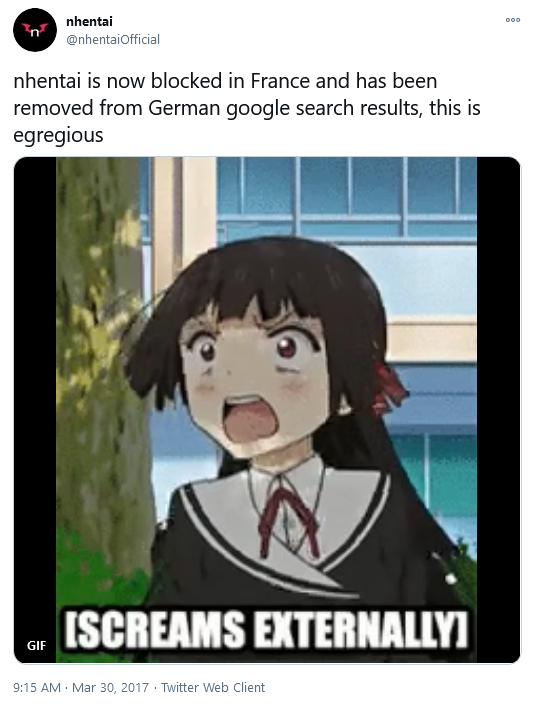 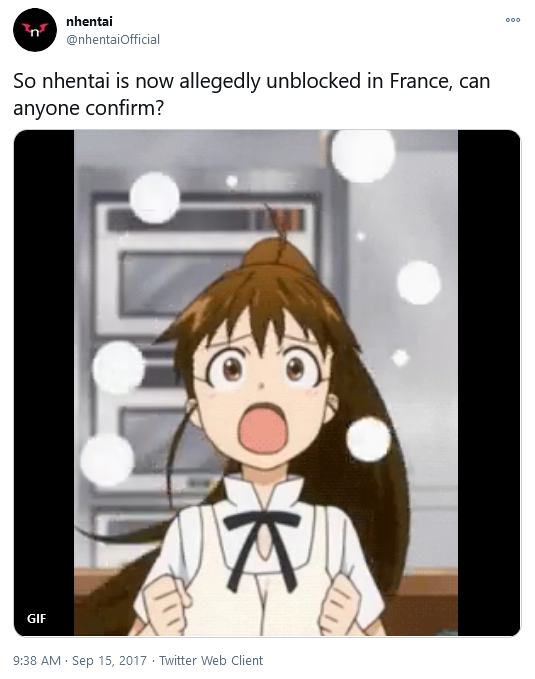 What do you make of the French government’s action? Do you think this is a one-off incident, or will is this the beginning of a larger campaign of government censorship? Let us know your thoughts on social media or in the comments down below!