The news that Mads Mikkelsen will portray Grindelwald in the upcoming Fantastic Beasts sequel has been met with intense backlash from fans, as many have called for a boycott of both Warner Bros. and the film due to the company’s treatment of the character’s original actor, Johnny Depp.

Depp resigned from Fantastic Beasts on November 6th, at the urging of Warner Bros. following a decision by a UK court that found tabloid paper The Sun did not libel the actor by referring to him in a headline as a ‘wife-beater.’ 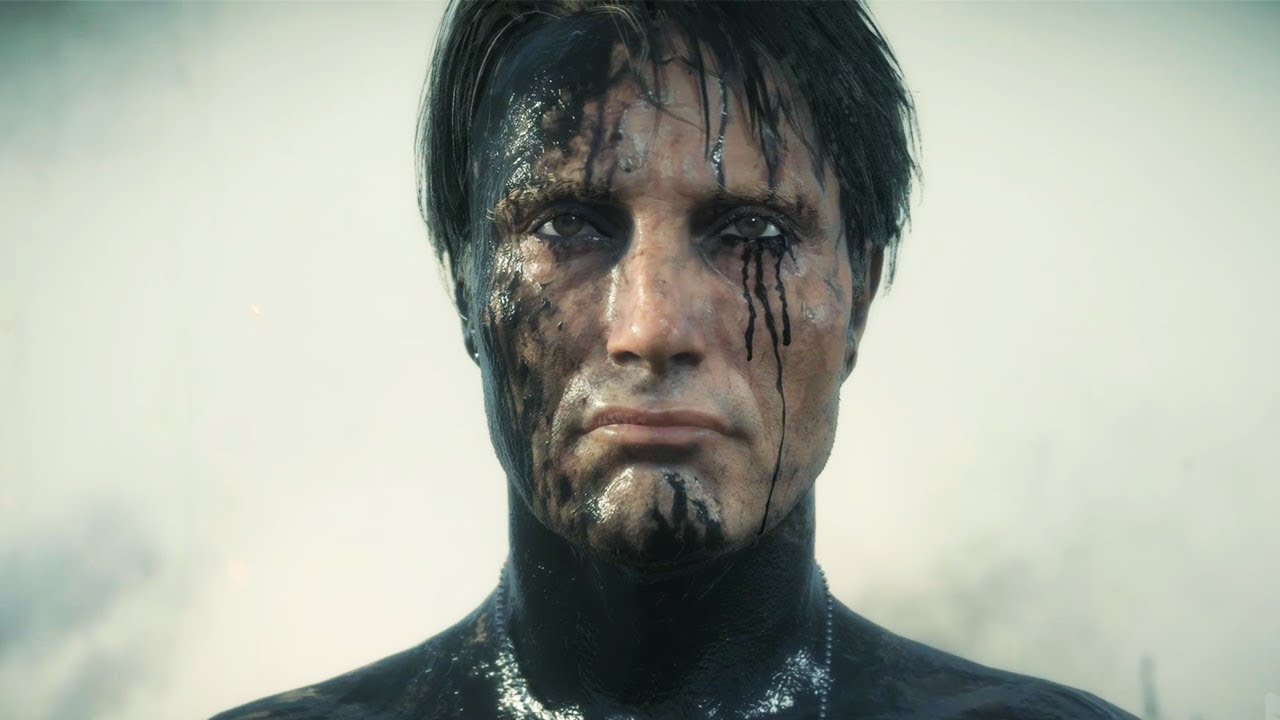 Unfortunately for Warner Bros., Mikkelsen’s casting was met with a wave of outrage and backlash, though it had little to do with the studio’s choice of actor, whom fans found to be a talented actor and acceptable choice to portray the character.

Rather, fans called for a boycott of both the studio and the upcoming Fantastic Beasts entry due to their treatment of Depp, specifically in their abandonment and subsequent quick replacement of the actor following the questionable accusations made by Depp’s ex-wife Amber Heard and The Sun.

“Mads is a brilliant actor just a shame so many ppl will now boycott the movie… me included after what has happened with Johnny Depp,” noted @chadnotweet.

“If they go ahead & keep Heard on for Aquaman as well expect that to be a massive disaster.” 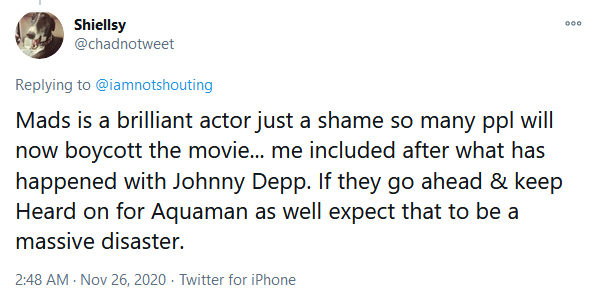 @mattyg_97 admitted that “there would probably be a very select few who could maybe better the role and Mads is one of them”, but further opined that “everyone should boycott the s*** out of this film [as WB] should never have dropped Depp”. 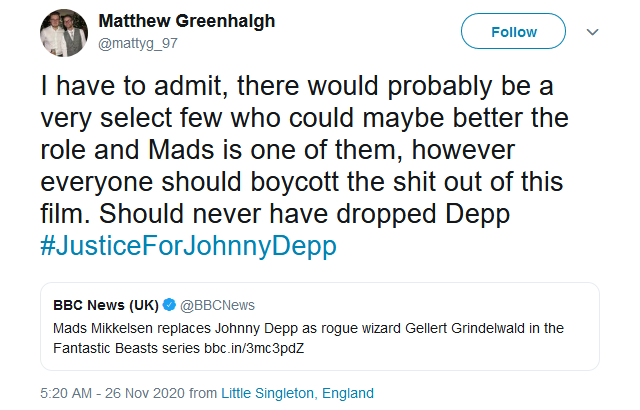 “@wbpictures @Warnerbros really blew this one,” declared @LyndaAnneshop. “i feel sorry for all the cast of that series.  they will all suffer because warner bros supports domestic abusers instead of their victims.  i enjoyed the movies but won’t be watching the next.”

@SbarrBrisebois thanked Warner Bros. “for screwing up the appetite of countless fans with your #FantasticBeasts3 debacle and the way you mistreated Johnny Depp” and warned that “many of us will boycott you and will remember how you mistreat men who are victims of abuse while u ignore female abusers u employ.” 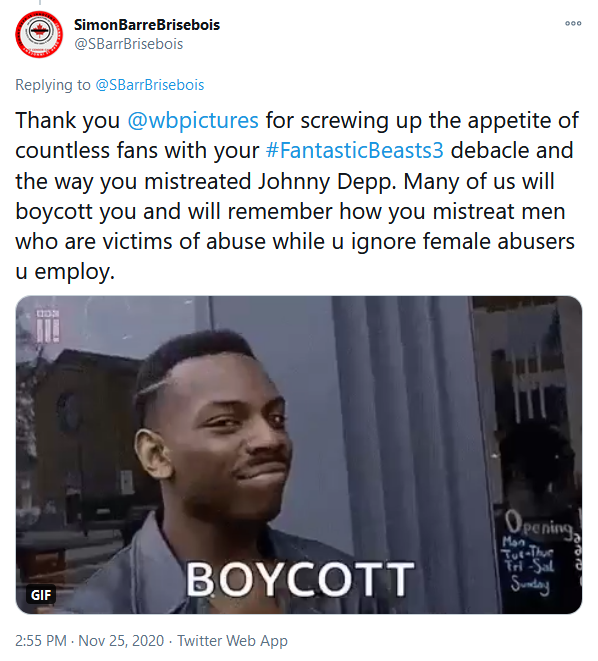 When criticism did turn to Mikkelsen, it was not for his capabilities as an actor or his qualities as a person, but rather for his acceptance of the role, with some fans believing that he should have turned down the offer out of respect for Depp.

“Mads…how shameful,” wrote @BurberKimg. “you should have turned down this role in protest of the injustice they are imparting against Depp. boycott fantastic beasts and aquaman”. 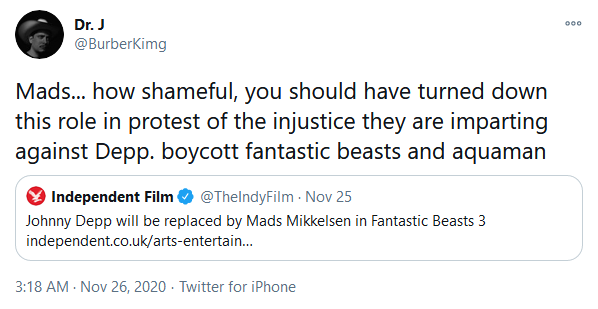 @LightRey stated, “I had never heard of Mads Mikkelsen before the rumors that he’d be replacing #JohnnyDepp as #Grindelwald in #FantasticBeasts3.  Now that it’s confirmed, I, as an abuse victim myself, [I] will only ever know him as the actor that contributed to the punishment of a victim of abuse.” 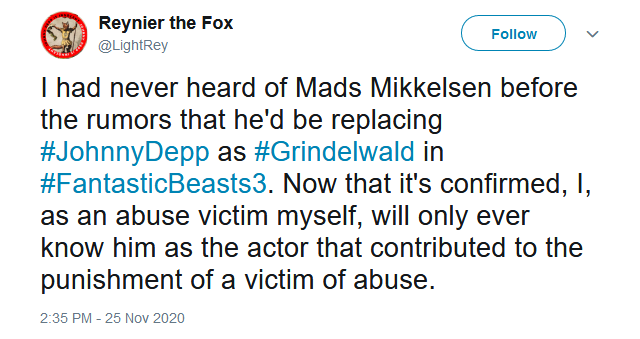 “Mads mikkelsen is An amazing actor, but I wish he hadn’t taken the role,” wrote @yeosangsqt. “He has to fill in a role that Johnny made his own, and it also kind of undermines the boycott for unfair treatment of Johnny Depp. if he’s in it, people may still watch. And Warner bros deserve nothing.” 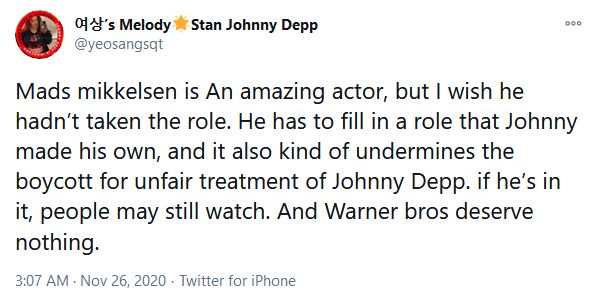 One fan, Angelina Roy, opened a petition on Change.org, asking fans to “Boycott Warner Bros.” due to how “they supported and protected Amber Heard which with her own voice admitted abusing him but this was nothing for them so they kept an abuser and fired the victim!”

“It is wrong to let them think that just because they are powerful they can offend REAL victims of abuse , so please everyone let us show them that power can not silence and shame victims !!!” Roy stated in the petition’s text.

As of writing, the petition currently has nearly 7,400 signees, and is well on its way to exceeding its 7,500 signature goal.

What do you make of this call to boycott Warner Bros.? Will you be seeing Fantastic Beasts 3? Let us know your thoughts on social media or in the comments down below!