Terminator: Dark Fate actress Mackenzie Davis recently shared her thoughts on why she believed the movie failed at the box office.

The film bombed at the domestic box office only bringing in $62.2 million over its entire run. It would fare a lot better at the international box office bringing in $188.1 million for a combined worldwide gross of $250.3 million. 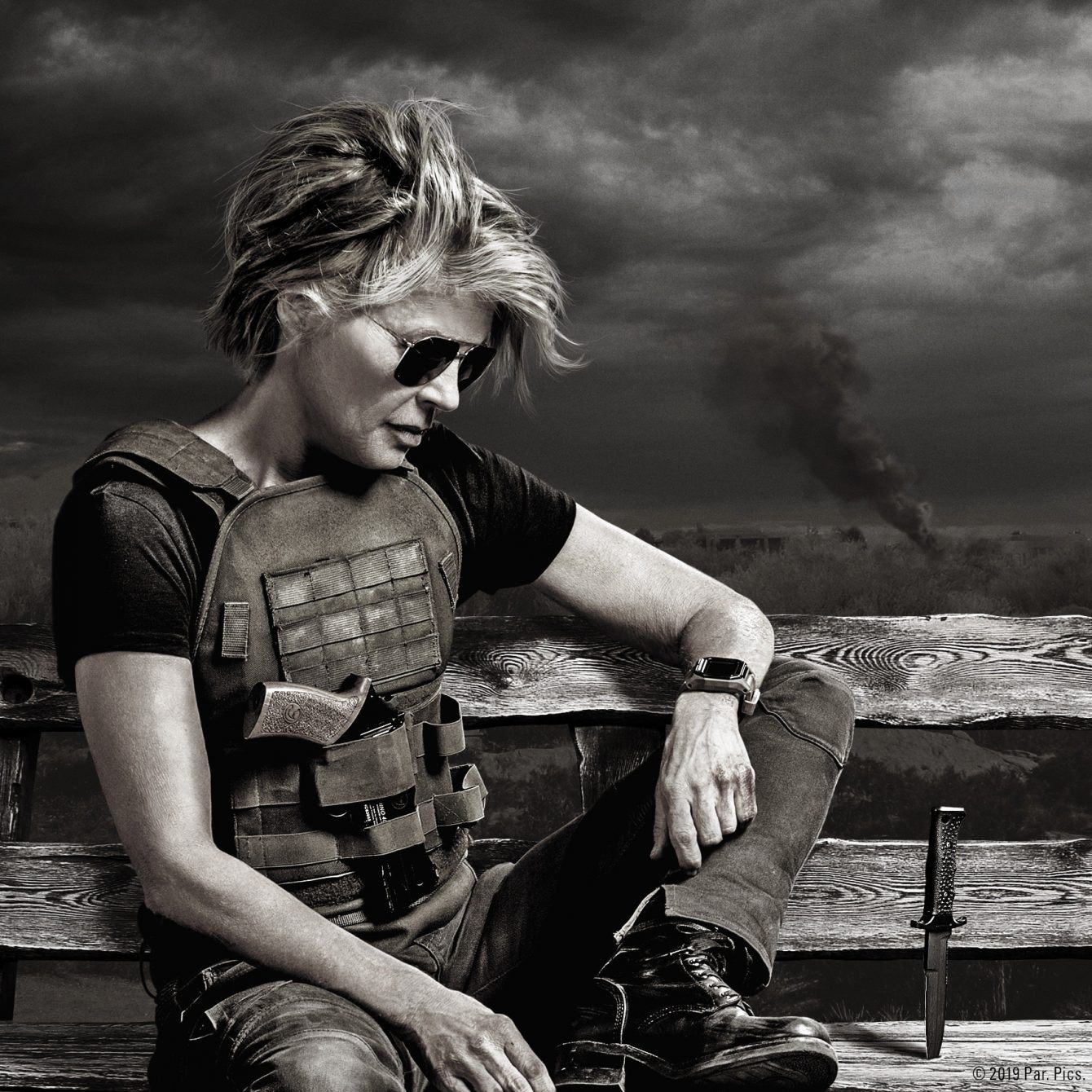 The Hollywood Reporter (THR) would claim the movie “faces losses of $120 million-plus for partners Skydance Media, Paramount Pictures and 20th Century Fox, which each put up 30 percent of the $185 million budget.” The other 10 percent was put up by China’s Tencent.

THR would go on to claim that their sources revealed to them that the film’s losses could be around $130 million.

At the time of the film’s box office bomb, analysts blamed the IP. Eric Handler of MKM Partners stated, “”It is time to let this franchise finally go to the great beyond.”

While Jeff Bock at Exhibitor Relations stated, “This is definitely the end of the line for the Terminator franchise in its current iteration. That said, IPs are harder to kill off than Jason Voorhees these days. So, expect a new series in five years on CBS All Access. Probably animated this time.” 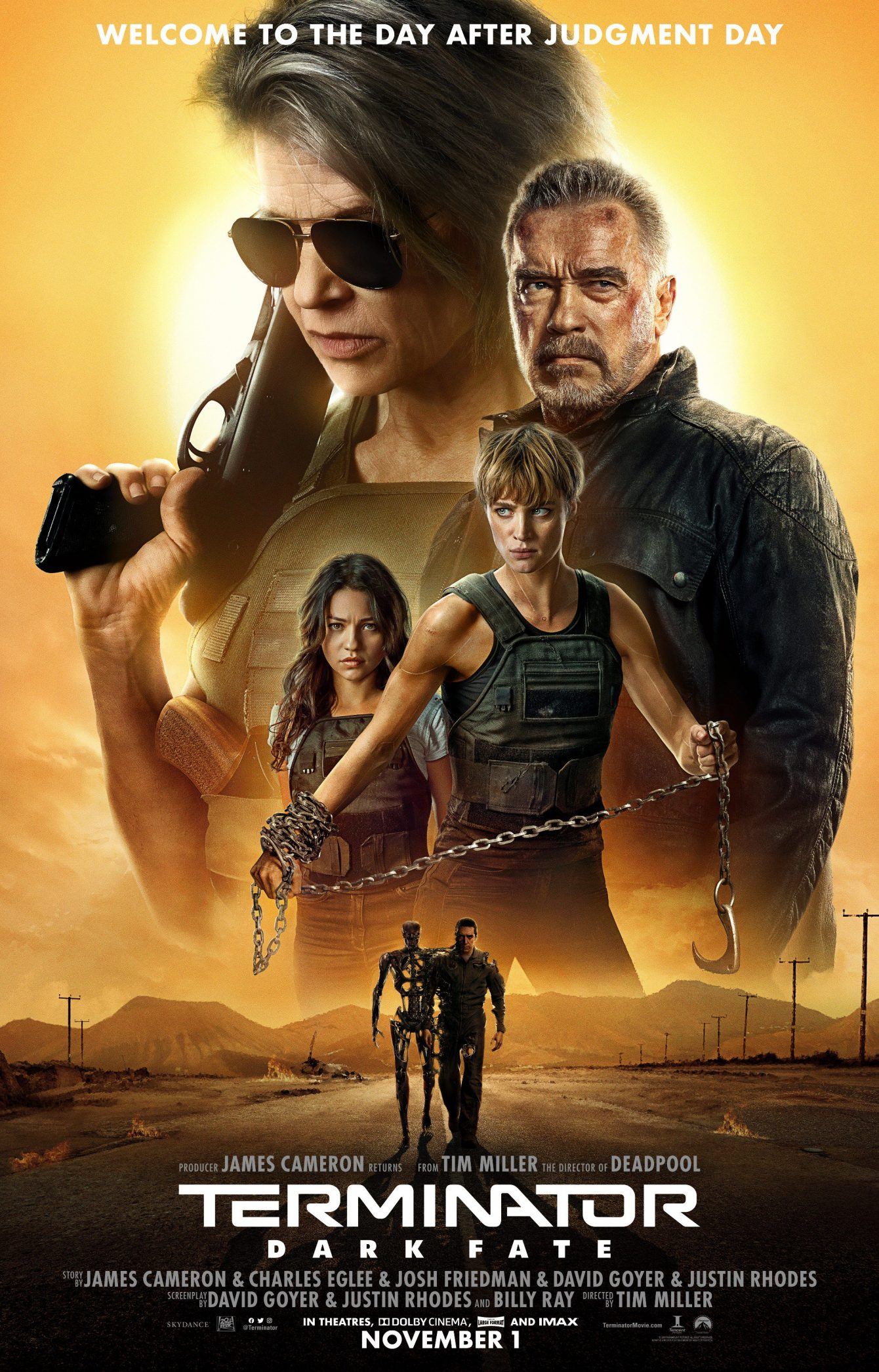 Comscore’s Paul Dergarabedian stated, “The goodwill and brand equity created by the first two Terminator films was arguably undone by the subsequent pre-Dark Fate installments, which may have negatively impacted audience interest in this latest chapter in the series.”

Well, now Mackenzie Davis is offering her explanation for why the film bombed at the box office.

Davis appeared on the Happy Sad Confused Podcast where she discussed her belief on why the film bombed as well as the previously planned sequels that will no longer be happening. 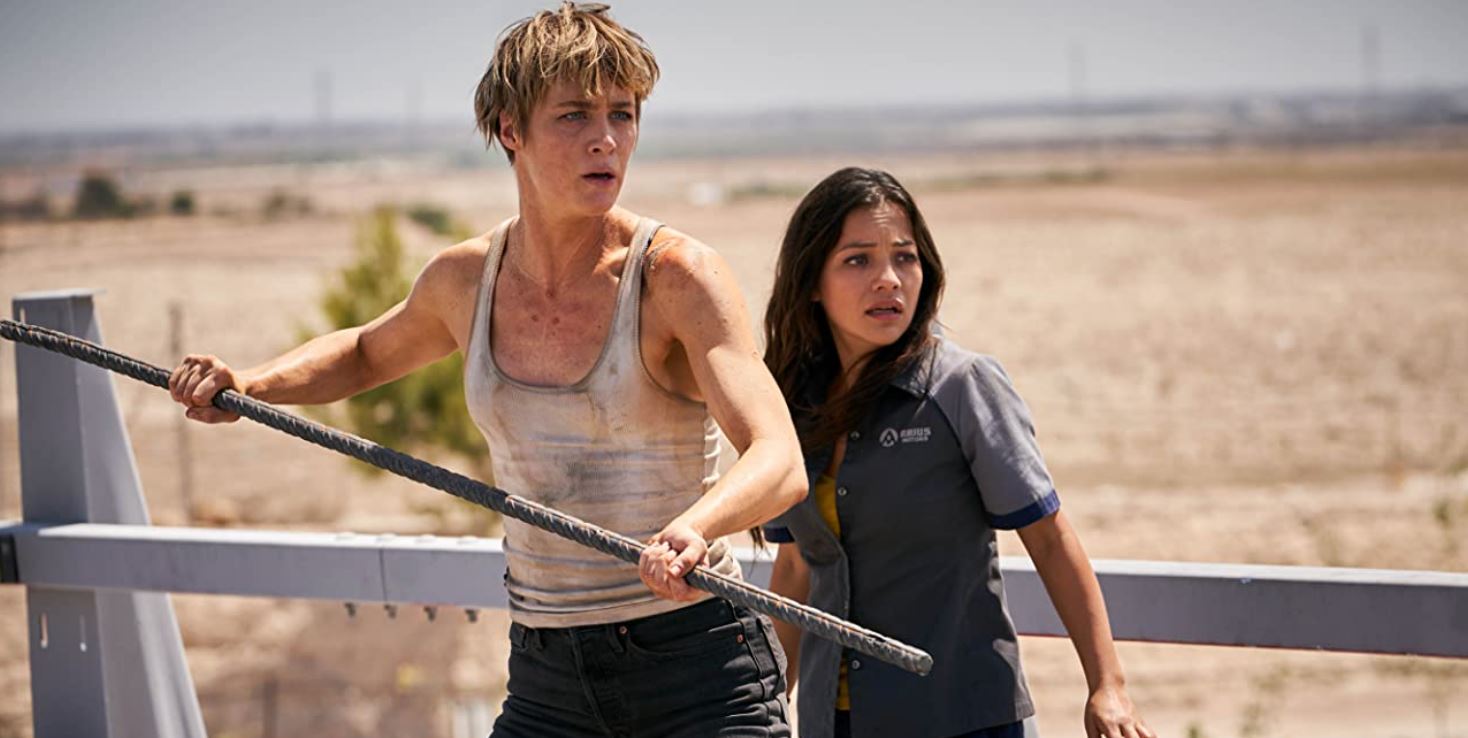 First, Davis addressed drama behind the scenes during the production stating that it wasn’t troubled. She explained, “No, no I wouldn’t classify it like that at all.”

She added, “There is creative conflict, sure. There are always going to be if you give a s*** about what you are making. Otherwise you have somebody who is sort of  parroting the corporate interests instead of trying to make some type of art within this very corporate machine.”

“But no, not at all. I loved the experience of making that movie. It was hard and rigorous as I’ve already said. But the people were amazing. Tim was an incredible director. Just so dedicated and devoted to making it the best thing it can be,” she added.

Related: Terminator: Dark Fate Review – Come With Me If You Want a Kill Box

Davis then discussed the failure of the film at the box office. She stated, “As far as the box office and stuff, you know, it’s Terminator 6. Nobody saw the last three. I get it. It’s okay. I don’t think that means what we made was bad, but I understand that the audience’s appetite had been exhausted.” 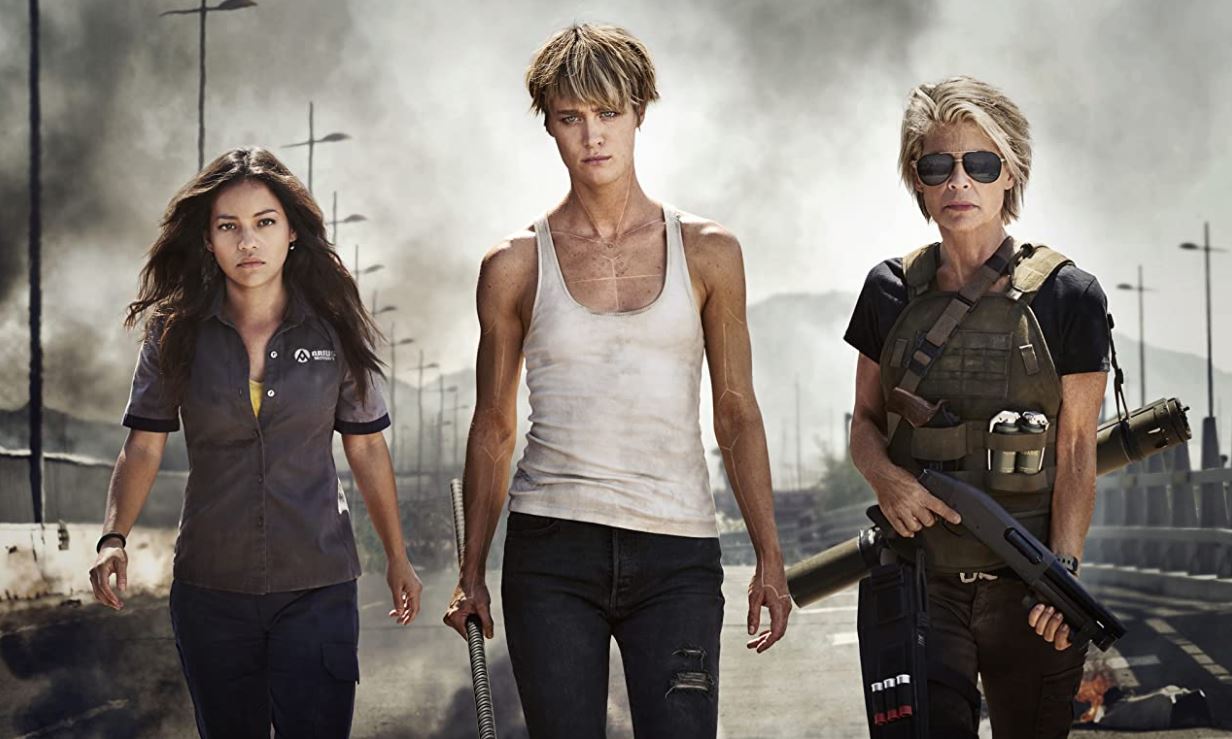 “How much you attribute that to there being three women in the lead, I don’t know, I never really wanted to engage with that stuff because I can’t control it. I am a woman and I really liked the part and I felt proud of what I did, so I couldn’t be like, ‘No one’s seeing it because they’re sexist.’ It seemed like an easier answer for me to be like, ‘Alright, six is too much, now we know,'” she concluded.

Davis’ assessment of the box failure is quite different from director Tim Miller’s. Miller blamed “get woke and go broke” sentiment.

He explained, “There was a lot of ‘get woke and go broke’ sentiment that didn’t help us, but…”

When asked what that meant he explained, “There was a lot of issues about having three women in lead positions and all of that stuff.”

“There is quite a toxic atmosphere around this film online, which I was really surprised at. I shouldn’t be, but I was,” he added. 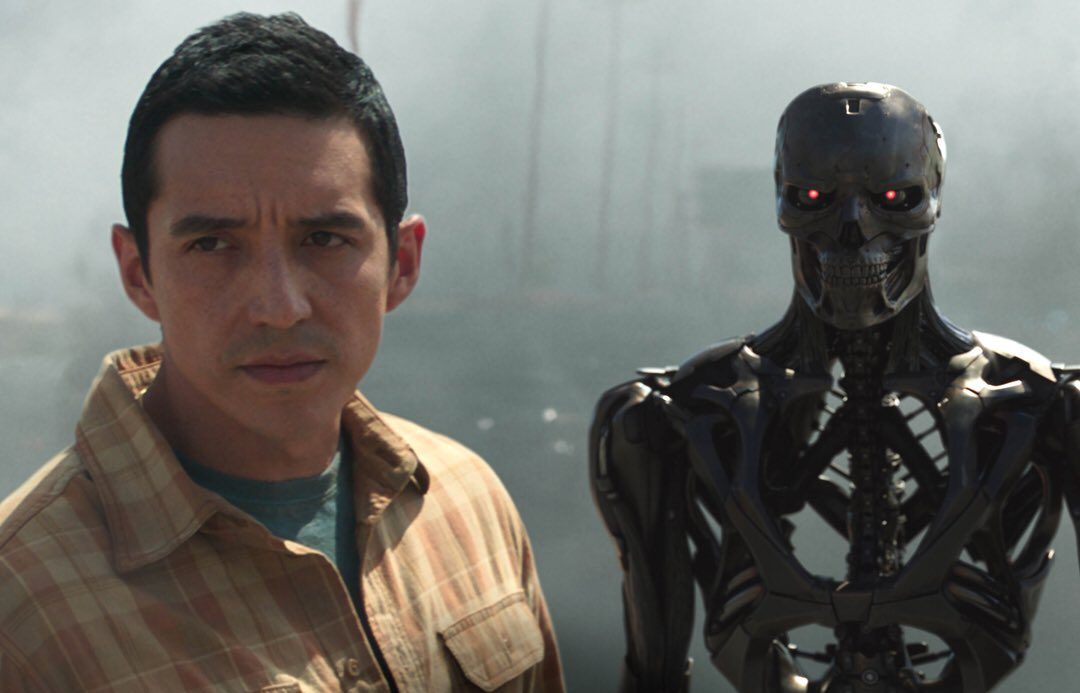 He then detailed that fans are lying in wait to pounce on directors and creators, “Yeah and unfortunately, I think it is a small minority, but it’s a very vocal minority and they make a lot of noise and it’s hard. You know, I don’t dwell online on the negativity, but it’s human nature to read a little bit.

He then provided an example stating, “Here’s one. I did a Vanity Fair [interview], it was a break down of a scene and I’m in a dark blue shirt and I’m in a small room in the hotel where they were doing the junket and it’s hot, and there’s lots of lights in there. And so by the end of the hour of interviewing I’m sweating, right?”

Miller then stated, “And maybe I didn’t put on enough antiperspirant. I’m not nervous or you know there’s not nothing… Anyway, it’s both side and funny to see the stories that people put out there versus what but now the **** that is really going on. 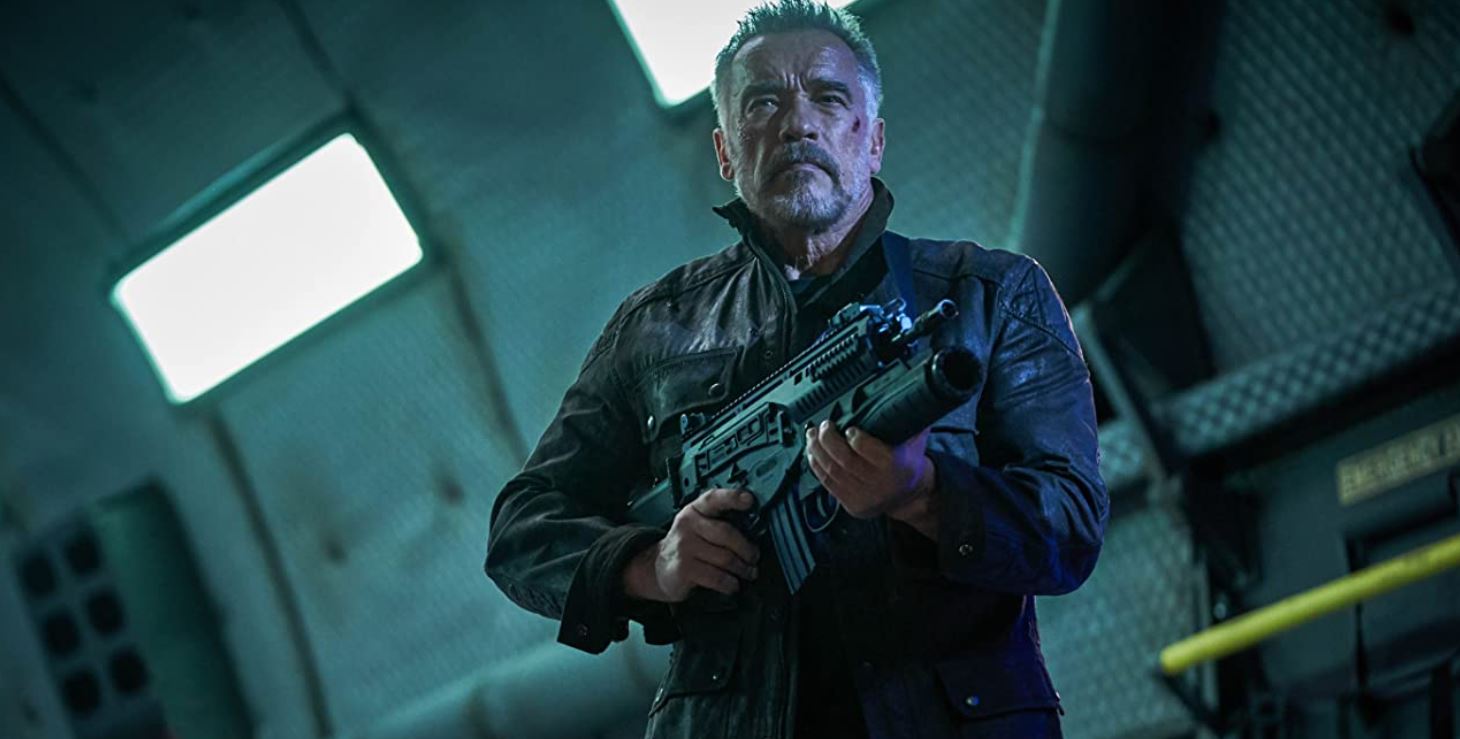 Davis would then go on to detail there were plans for her character in sequels. She revealed, “It was gonna be a sort of timeline thing sort of, where there’d be another timeline that you’d explore. There is no resurrection. She came from the future.”

She then confirmed that the film would have taken place in the future and followed her character there.

What do you make of Davis’ explanation for why the film bombed at the box office? Would you be interested in a sequel story featuring Davis’ character in the future?