A new rumor claims that Hayden Christensen will be seen in the upcoming Obi-Wan Kenobi series without Darth Vader’s helmet on.

This rumor comes from a source close to Bounding Into Comics. They claim that Christensen will be Darth Vader, but will also film scenes without Vader’s iconic helmet on.

The reason for not always wearing the mask is due to celebrity recognition according to our source.

Chirstensen’s return as Darth Vader in the Obi-Wan Kenobi series was announced by Lucasfilm president Kathleen Kennedy during the Disney Investor Day 2020 presentation.

Kennedy made the announcement stating, “Last August at the D23 Expo in Anaheim, we announced the return of Ewan McGregor in the iconic role of Jedi Master Obi-Wan Kenobi for a special event series on Disney Plus.”

She continued, “Obi-Wan Kenobi begins 10 years after the dramatic events of Revenge of the Sith, where he faced his greatest defeat, the downfall and corruption of his best friend and Jedi apprentice Anakin Skywalker turned evil Sith lord, Darth Vader.”

Kennedy then confirmed Christensen’s return as Vader stating, “Our fans will be thrilled that Hayden Christensen will be returning in the role of Darth Vader.”

She added, “This will be the rematch of the century.”

Kennedy then stated, “The series is directed by Deborah Chow coming off the great work she did with us as a director on Season one of The Mandalorian.”

“Production will begin in March of next year,” Kennedy concluded.

According to Games Rader, Deborah Chow would confirm that Vader and Kenobi would fight again. She stated, “We couldn’t tell the story of Obi-Wan without Darth Vader.”

“We will definitely see Obi-Wan and Darth Vader get into it again,” Chow added.

Kennedy and Chow’s confirmation that Vader and Obi-Wan Kenobi would have a rematch was problematic in itself given the original Star Wars film.

In that film Darth Vader confronts Obi-Wan Kenobi in the Death Star and tells him, “I’ve been waiting for you, Obi-Wan. We meet again at last. The circle is now complete. When I left you, I was but the learner. Now I am the master.”

Kenobi responds, “Only a master of evil, Darth.” The two then proceed to fight each other with their lightsabers.

It also appears to go against George Lucas’ original plans for Obi-Wan Kenobi following what eventually became Revenge of the Sith. In a 1981 Revenge of the Jedi Story Conference, Lucas detailed that Kenobi would stay on Tatooine because he was a wanted man.

Lucas explained, “Ben takes one and gives him to a couple out there on Tatooine and he gets his little hideout in the hills and he watches him grow. Ben can’t raise Luke himself, because he’s a wanted man.”

If he can’t even raise Luke himself, it’s hard to imagine that he would get in another lightsaber fight with Darth Vader 10 years after Revenge of the Sith.

This latest rumor, if true, causes even more problems with Darth Vader.

If you remember at the end of Revenge of the Sith, we actually see what Vader’s face looks like before his helmet is placed on him. It’s extremely disfigured with burn scars.

Here he is as the droids are operating on him.

We would then get a look at him right before his helmet is placed on him.

Here’s an even better look.

And while the movie didn’t actually outright say that Vader needed the suit and helmet to survive it was heavily implied.

That’s not to say that Vader didn’t occasionally take his helmet off as we saw in The Empire Strikes Back.

But we would later find out that Vader’s helmet was essential to him surviving. In Return of the Jedi, Anakin Skywalker asks Luke to help him remove the helmet so that he can see his son with his own two eyes.

We would discover more about Vader’s helmet and suit in the Lords of the Sith novel by Paul S. Kemp.

In the first chapter, we get another scene with Vader without his helmet on, inside his meditation chamber. 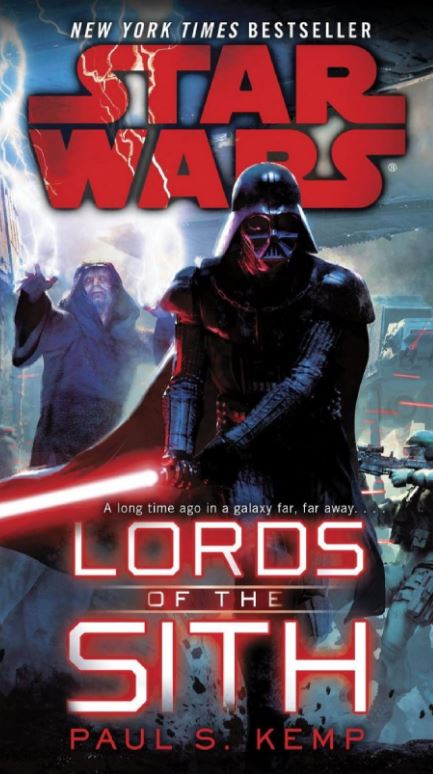 With the neural needles attached “he no longer felt the absence of his legs or arms, the pain of his flesh, but the hate remains, and the rage still burned.”

Without his helmet on Vader is “conscious of the stumps of his legs, the ruin of his arms, the perpetual pain in his flesh.”

It appears to state that without his helmet, Vader cannot make use of his actual suit and cannot walk or move. 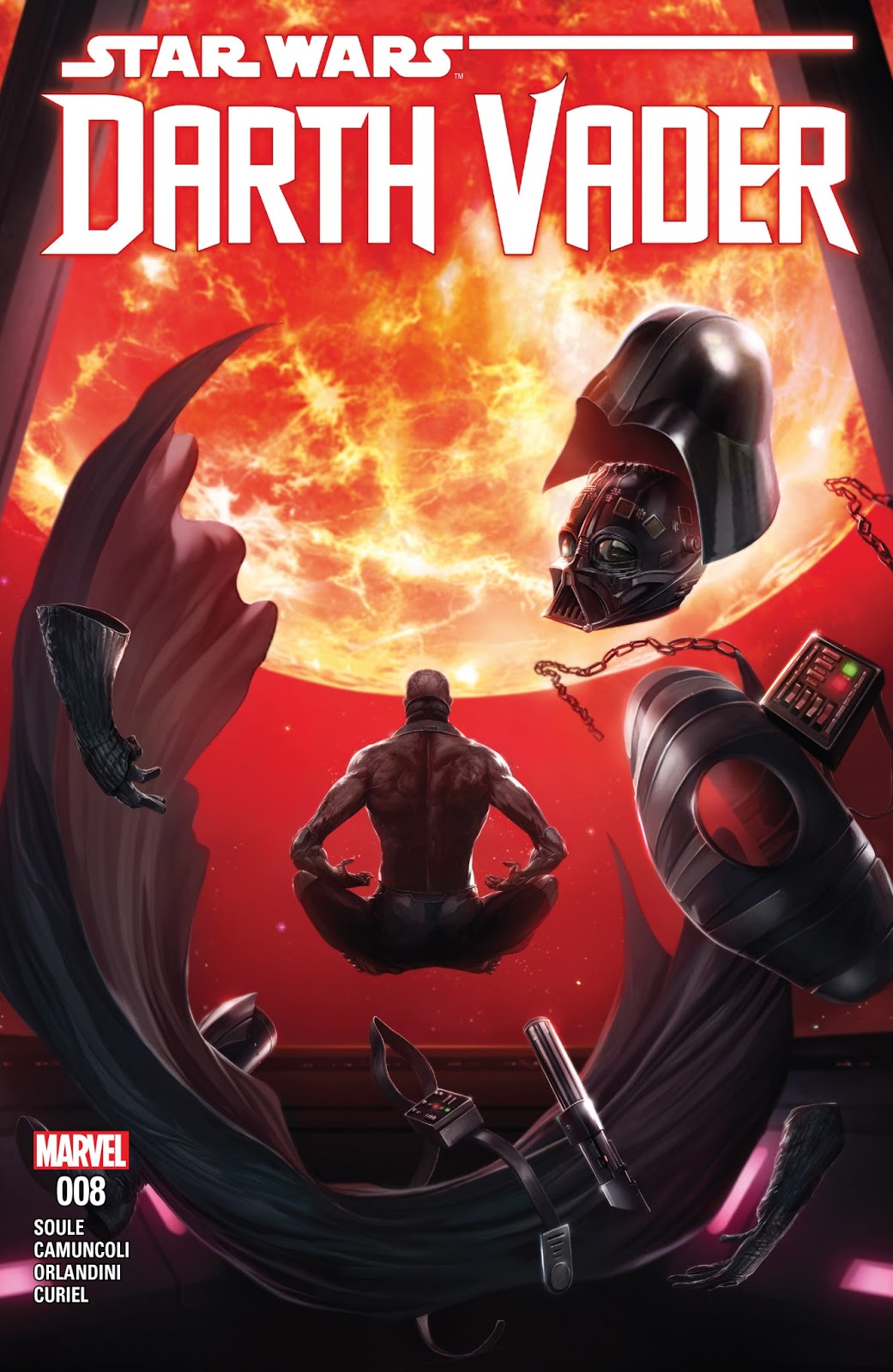 If Hayden is going to shoot scenes as Darth Vader without the helmet on, the only time that would be appropriate is if he was meditating in his meditation chamber or if he was eating.

It’s hard to imagine they would shoot a scene of Vader eating, but it is quite possible they might show a scene of him meditating to hone his connection to the Dark side of the Force.

Not only did we get a scene in Kemp’s book, but Charles Soule and Giusppe Camuncoli’s Darth Vader series in 2017, depicted Vader meditating and communing with the Force without his armor on. 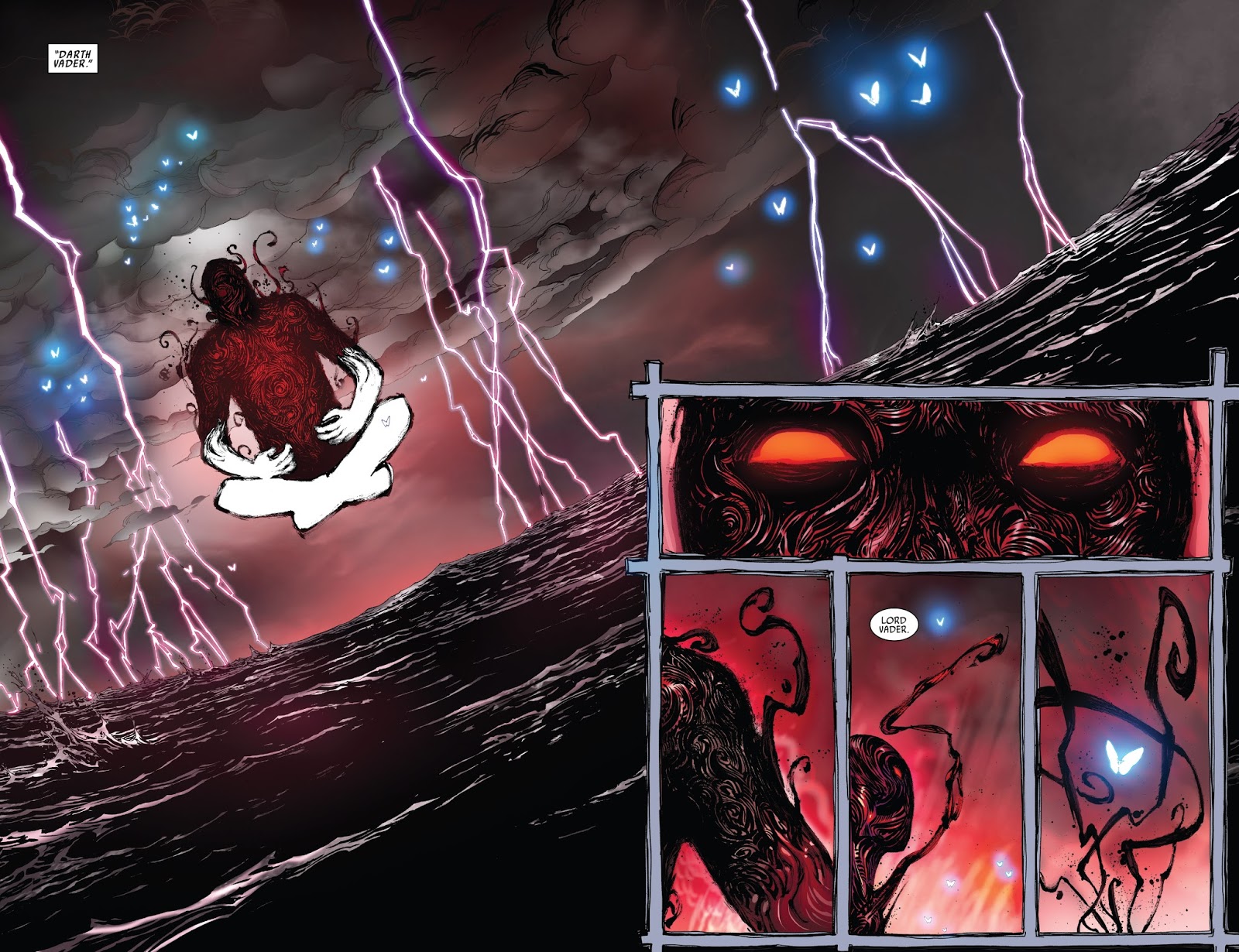 Not only is he depicted as this scared and disfigured character, but in Darth Vader #25, he even sees flashbacks of various life events from when he was a slave on Tatooine to when he dueled Ahsoka Tano on Malachor.

He also sees as a vision of him trying to save Padme from death. 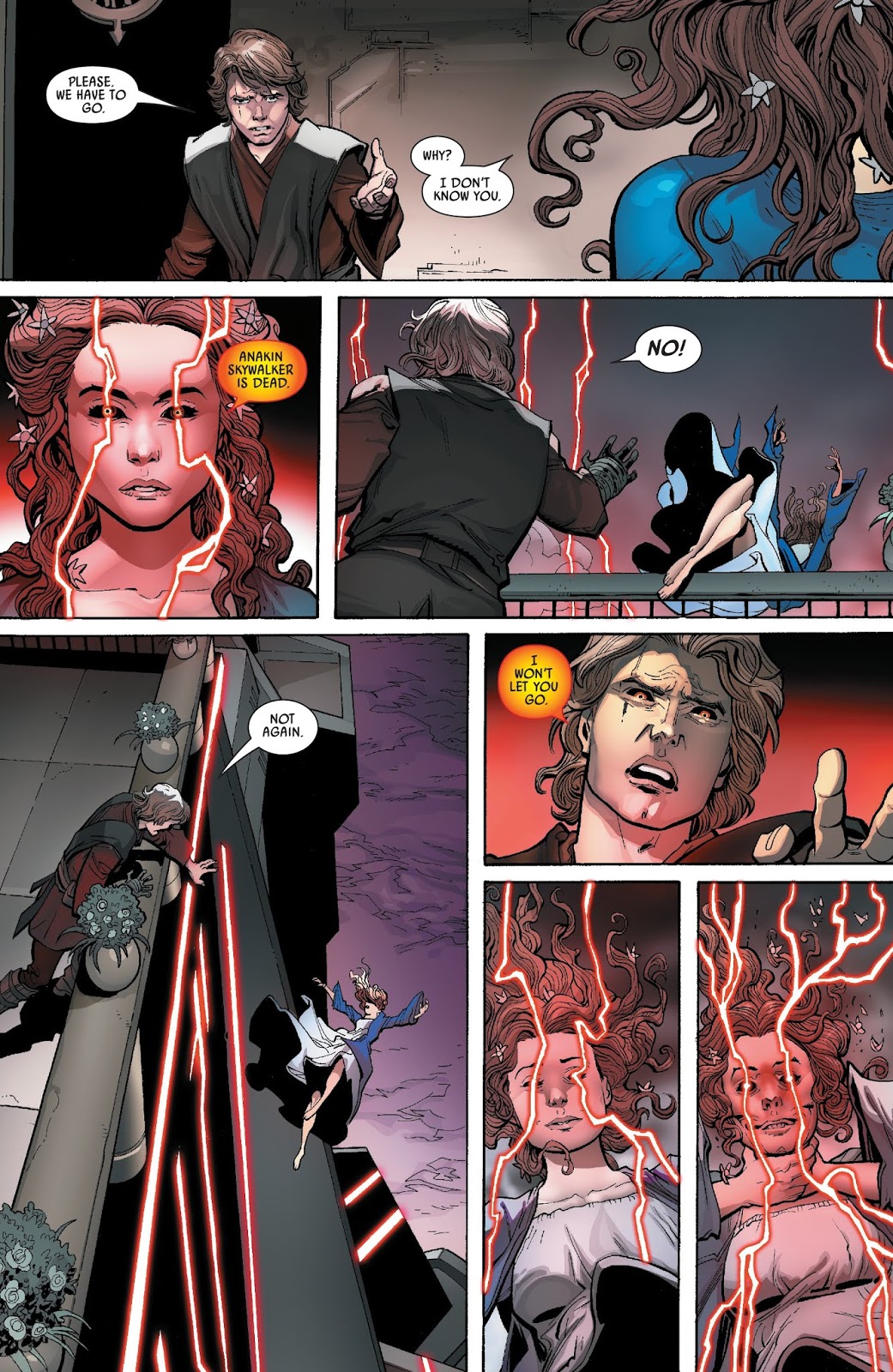 So, there could be opportunities for him to film scenes sans the entire armor, but it’s really hard to imagine, if they stick to the actual character of Darth Vader, of filming scenes with the armor on and the helmet removed.

What do you make of this rumor? Do you think Christensen should keep the helmet on like Pedro Pascal in The Mandalorian? Or would you want to see Christensen’s face?