The latest chapter of Dragon Ball Super has set the stage for Vegeta to receive a massive power-up, with the Prince of All Saiyans being offered the opportunity to learn an ability to rival that of Goku’s Ultra Instinct. 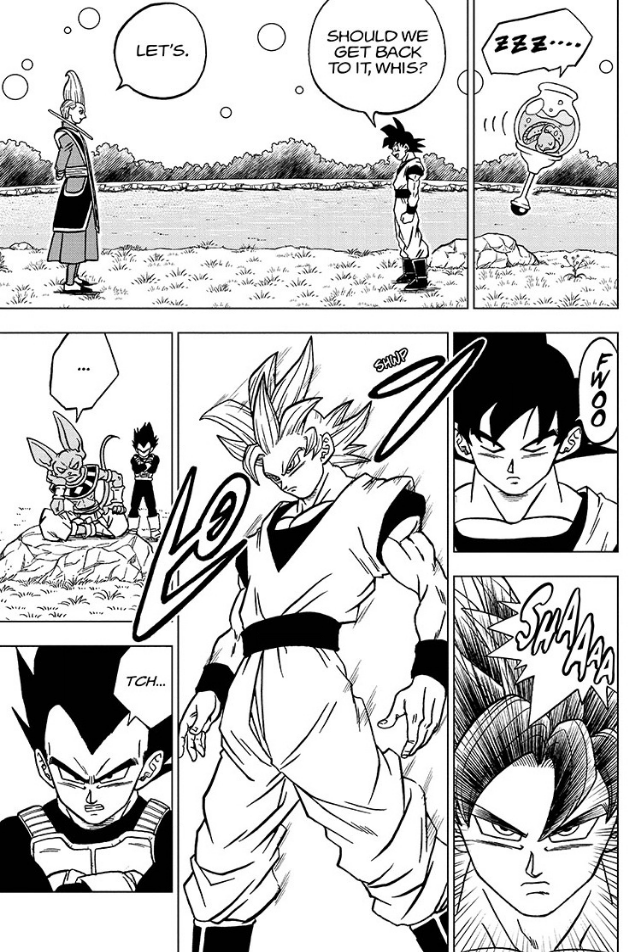 Related: Dragon Ball Super’s Latest Chapter Sees The Return of An Unlikely Ally In The Battle Against Moro! [SPOILERS]

Following Moro’s defeat just a few months prior, life in the universe has returned to relative normalcy.

For Earth’s two resident Saiyans, ‘normalcy’ unsurprisingly involves a return to their training under Lord Beerus, as Ch. 68 finds Vegeta and the God of Destruction looking on from the sidelines as Whis spars against an Ultra Instinct-powered Goku. 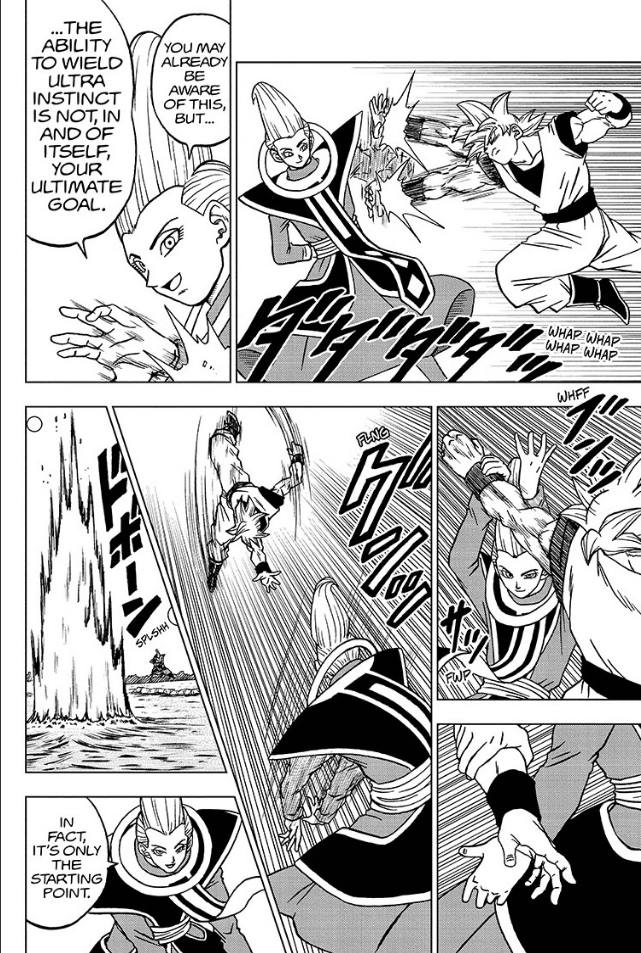 Goku soon finds that his Ultra Instinct is no match for either Whis’, Meerus, or the Grand Priest’s mastery of the technique, though rather than disparaging at the fact that he’s at the “bottom of the ladder”, he finds himself “stoked to get even stronger.” 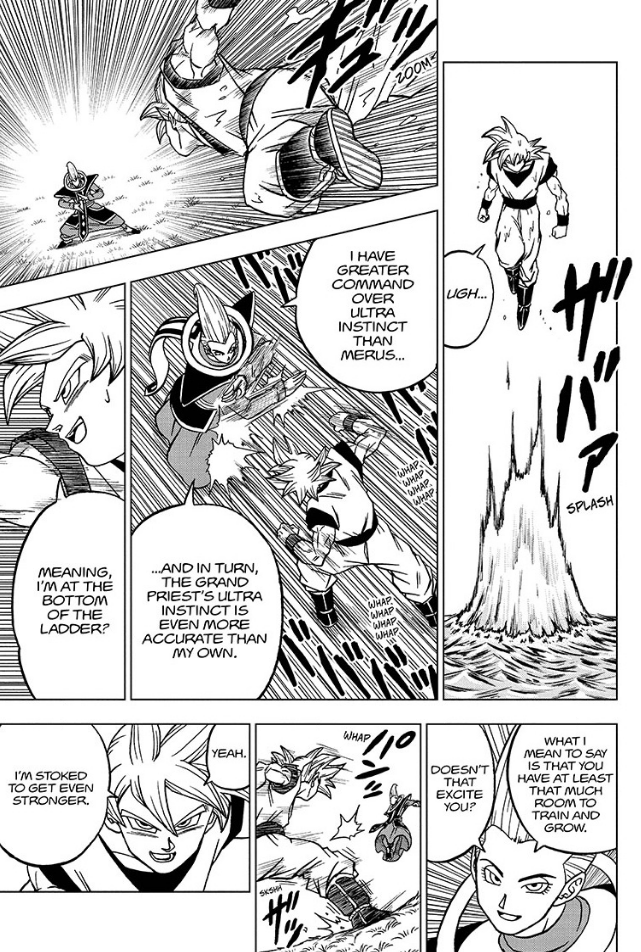 As Whis continues to push Goku to push past his limits, Beerus asks Vegeta if he would try to master Ultra Instinct as well. “It doesn’t suit me,” replies Vegeta, telling Beerus that he would “surpass Kakarrot another way”.

“It might be possible, but that’s up to you,” replies the God of Destruction. “Cuz Ultra Instinct ain’t the only technique of the Gods.”

“That’s just the Angels’ specialty,” he tells a shocked Vegeta. “Or didja really think us Gods of Destruction would run around using a move where you gotta keep your heart all calm and tranquil?” 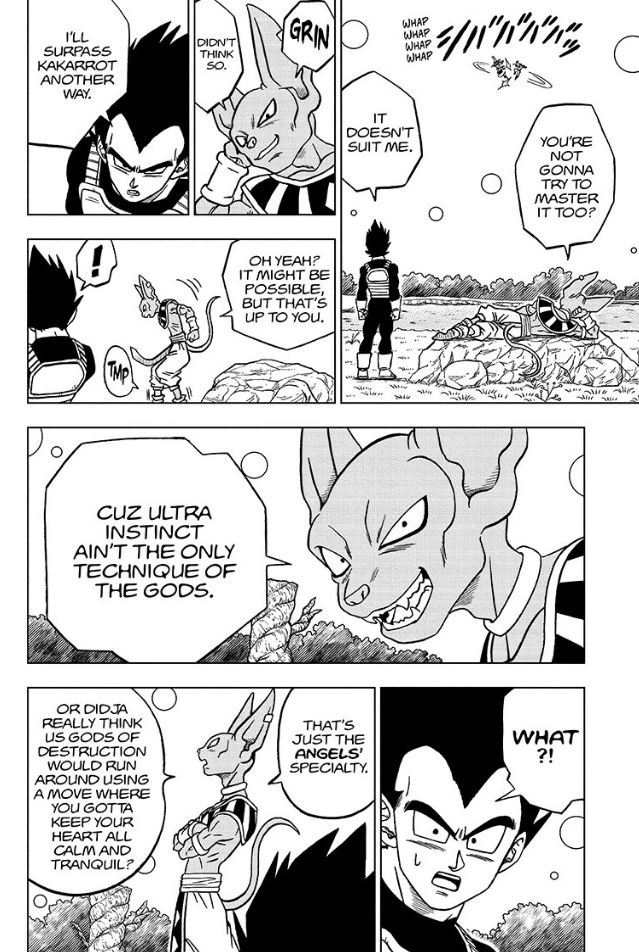 However, Beerus refuses to teach Vegeta the mysterious technique, angrily explaining that “training people ain’t in my job description.”

Yet, as the God of Destruction walks away in order to “go exercise to wake myself up,” he sneakily tells Vegeta that “if you see anything you want, feel free to steal it.”

As the ‘Planet Beerus training session’ segment of the chapter draws to a close, Vegeta can be seen running off behind Beerus, eager to learn the God of Destructions’ more aggressive alternative to Ultra Instinct. 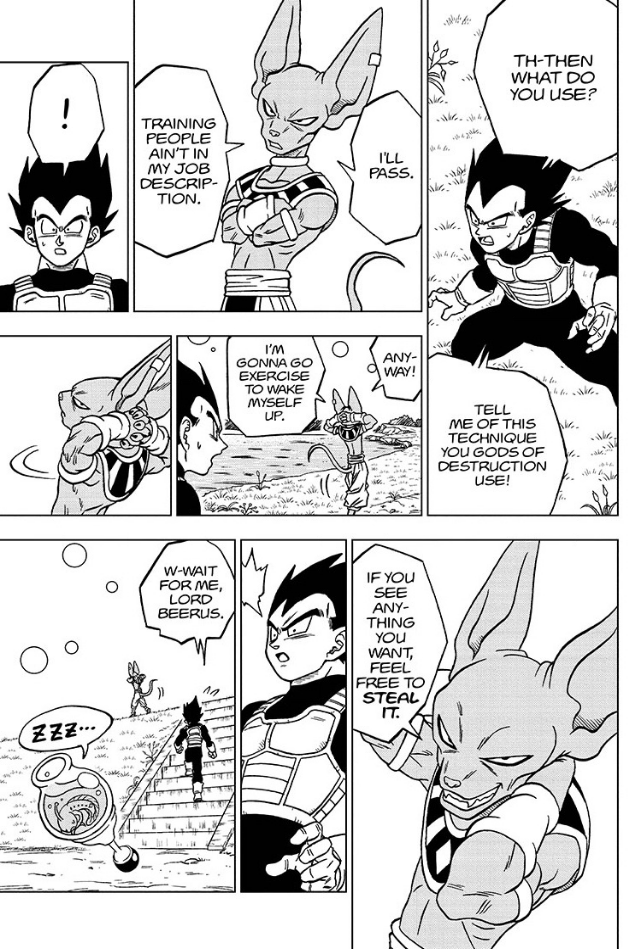 To see Goku’s full sparring session against Whis, Beerus’ tease, or the introduction of the series’ latest antagonists, head on over to Viz’s official website, where the latest chapter is currently available to read free of charge.

What kind of technique do you think Vegeta will learn? Let us know your thoughts on social media or in the comments down below!