As Goku continues to stand against Moro’s campaign to destroy the Earth, the ancient wizard surprises the Saiyan with one of Dragon Ball’s largest and most shocking transformations.

After receiving an Ultra Instinct powered beatdown at the hands of Goku last month, Moro finds himself on the edge of defeat, barely able to stand and cowering in fear of the Saiyan standing before him.

However, much to the surprise of both Moro and the reader, Goku does not finish off the villain and instead offers him a Senzu Bean on the condition that he agrees “to go back to the Galactic Prison and promise not to break out ever again.” 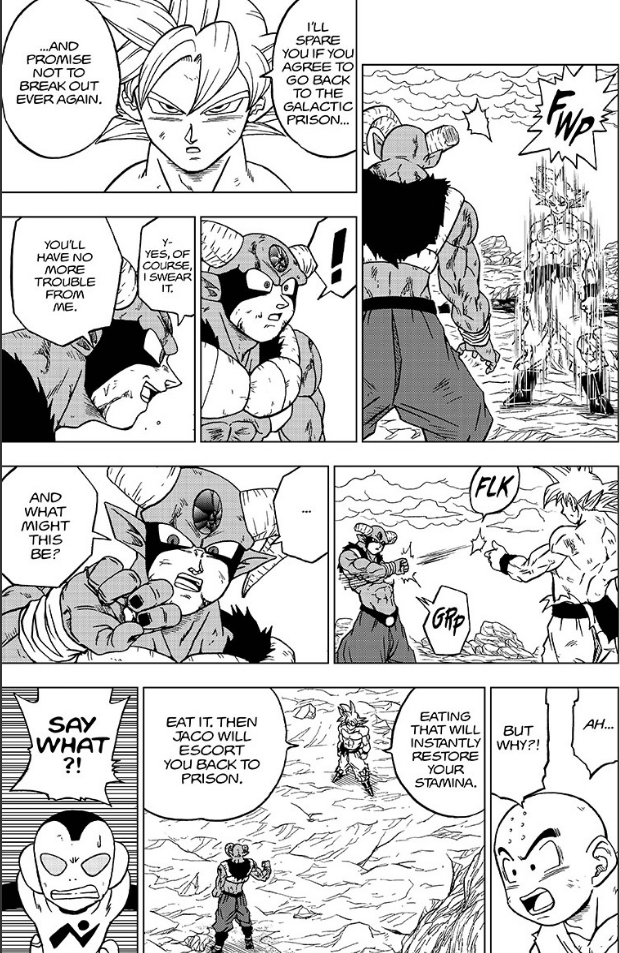 Consuming the Senzu Bean and remarking that it’s healing properties are “far superior to even Seven-Three’s healing ability,” Moro unsurprisingly proceeds to go back on his word and attempts to strike down Goku with his newly restored strength. 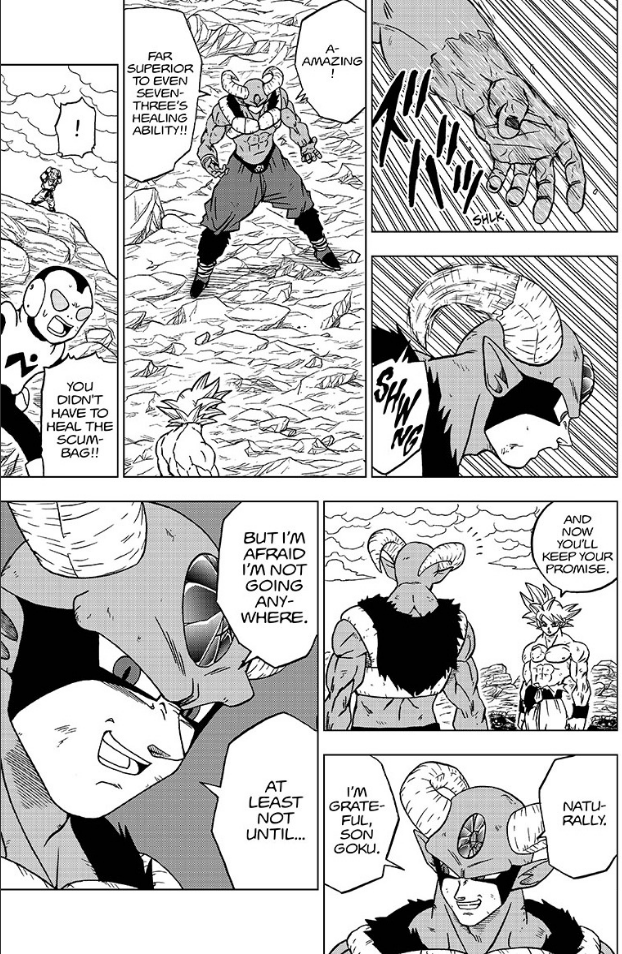 Unfortunately for Moro, his power still proves to be no match for the Saiyan, as his attempt to deliver his signature chest puncture results in nothing more than his hand breaking against Goku’s body. 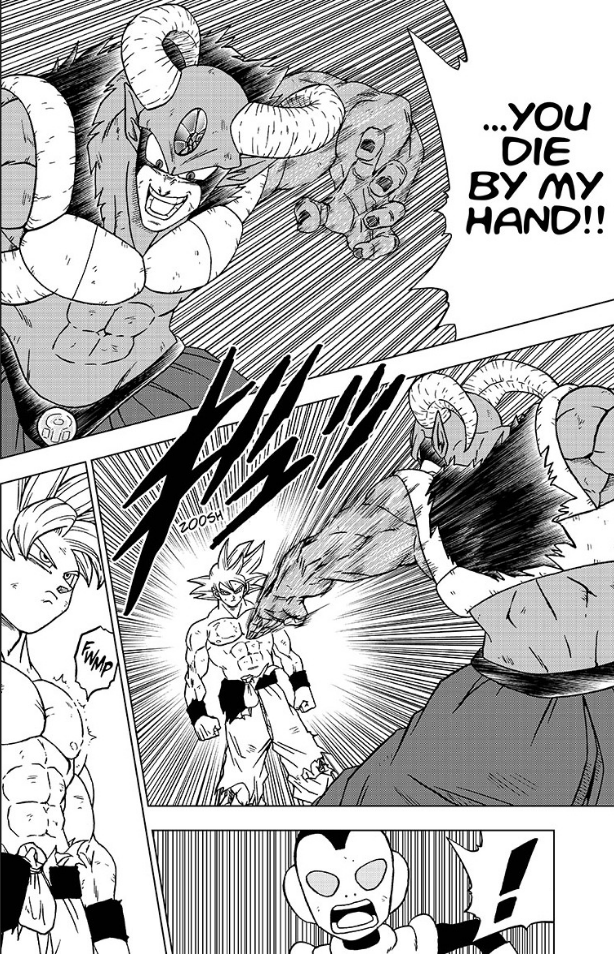 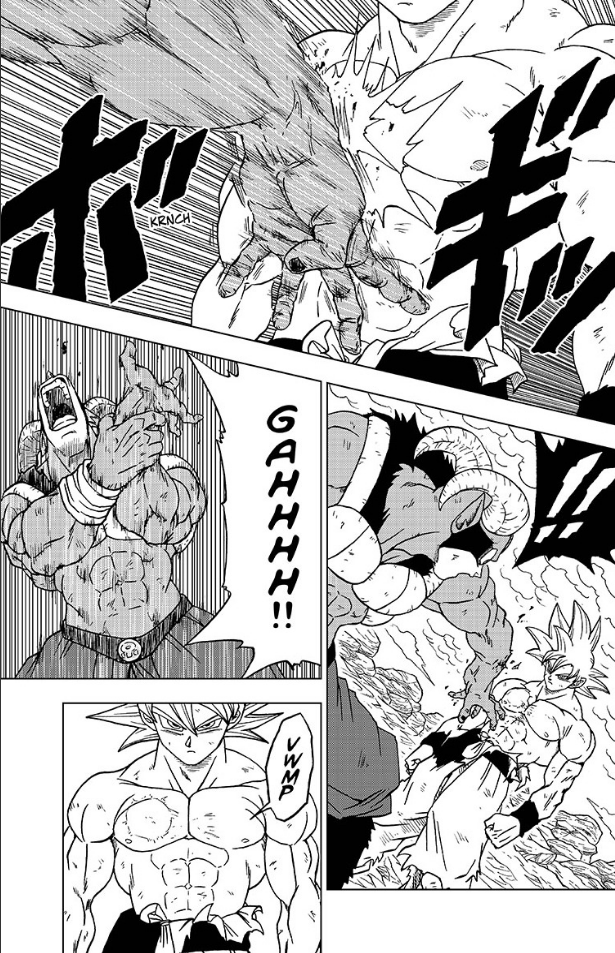 At this point, Goku temporarily returns to his regular form in order to speak directly to Moro and ask him if he “ever trained,” to which the villain replies that “training is a crutch for the weak.”

Though Goku wishes to keep the conversation going, he is interrupted by Jaco, who thankfully but desperately orders the hero to “stop expecting some magical change of heart, and for the love of all that’s good, just finish him off already!” 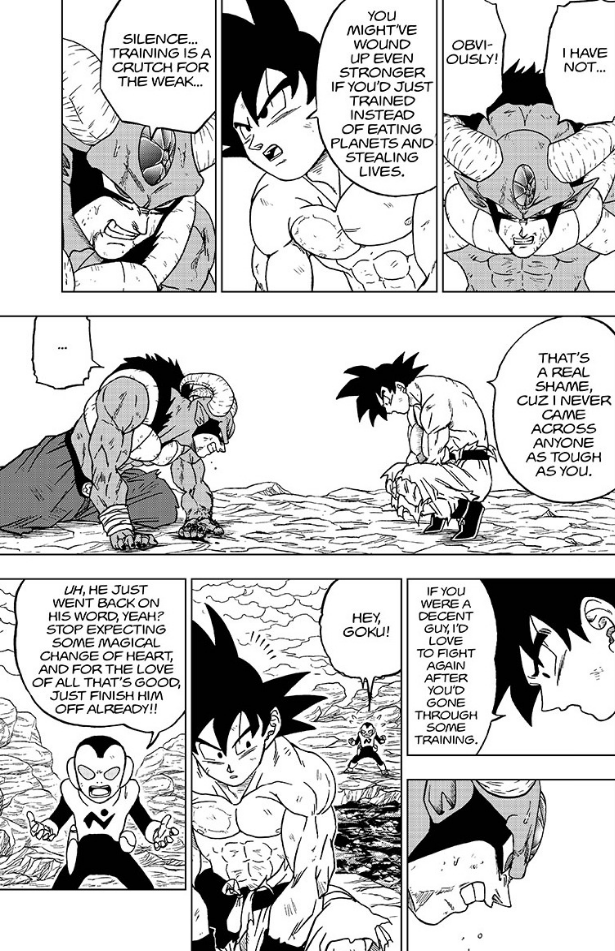 Before Goku is able to deliver a killing blow, Moro notices that the hand cut off by Meerus during their confrontation has remained nearby through the duration of his clash with Goku, and realizing that the gem in the palm of his disembodied hand most likely contains the abilities of Meerus, the wizard recalls his limb from across the battle ground and gains access to the Angel’s own Ultra Instinct abilities. 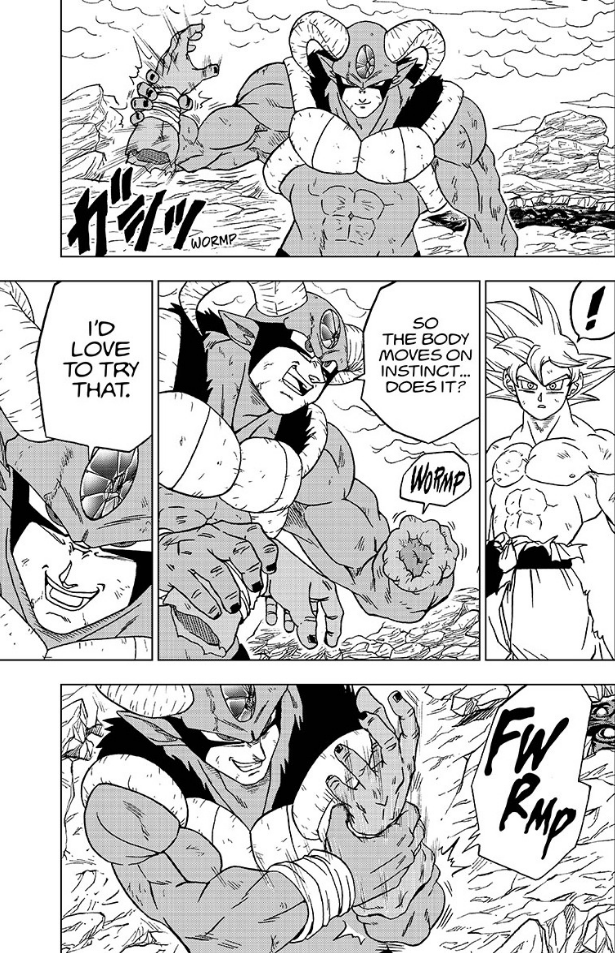 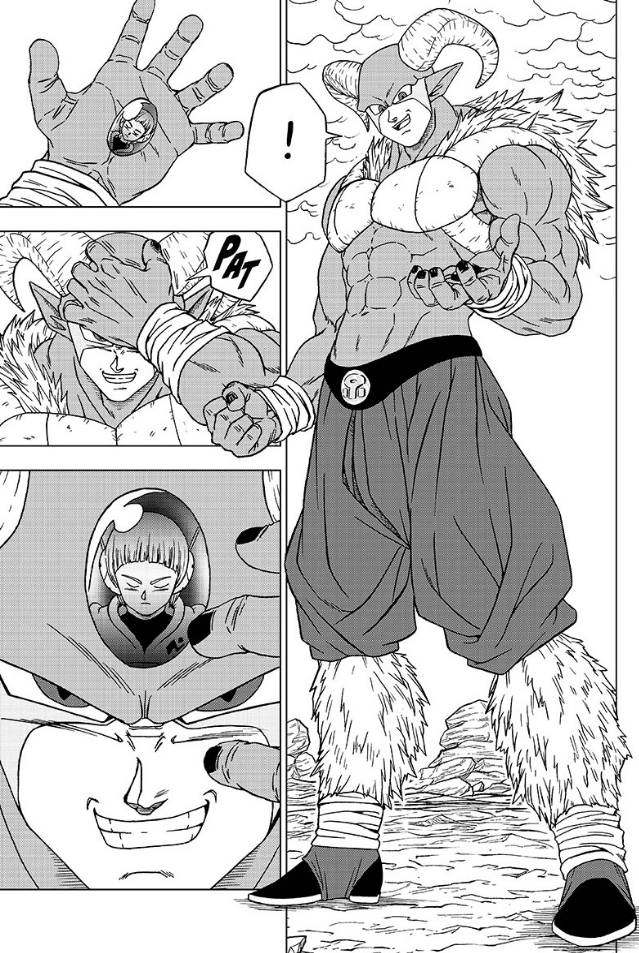 The playing field leveled, and the battle is renewed, the two men unleash their respective powers against the other, resulting in a punch-counter-punch that produces a massive, area-destroying shockwave. 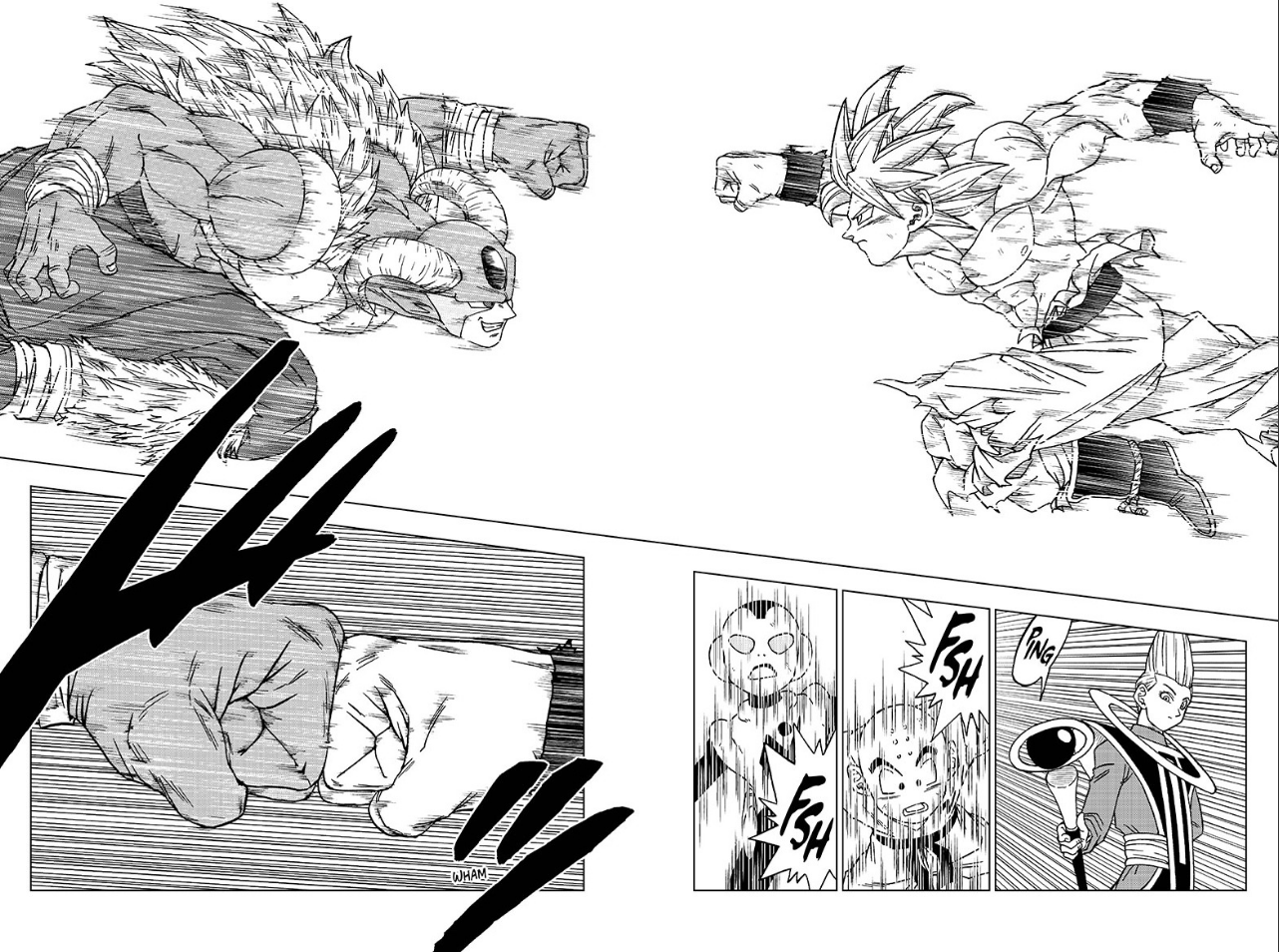 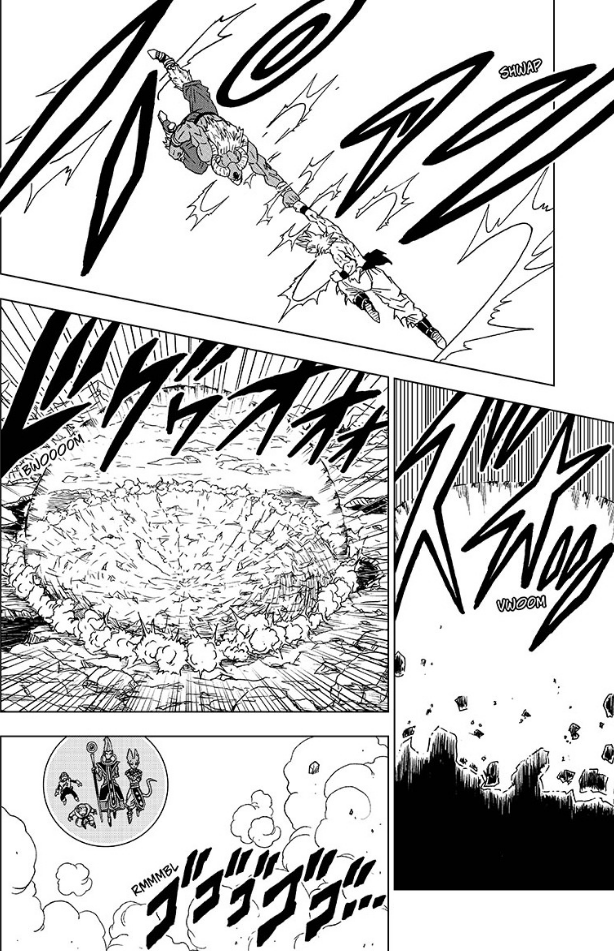 Related: [Spoilers] Merus Enters The Ring Against Moro In The Latest Chapter of Dragon Ball Super!

As the battle rages on and Goku finds himself taken aback by his opponent’s newfound power, Moro’s body suddenly begins to seize and disfigure, much to his shock and surprise.

To Moro’s dismay, Goku explains that the villain’s disfigurement is a result of his body attempting to use Ultra Instinct despite being unprepared to wield it, noting that “I only mastered this technique after honing my body to withstand it. It’s not something you can wield just cuz you feel like it.” 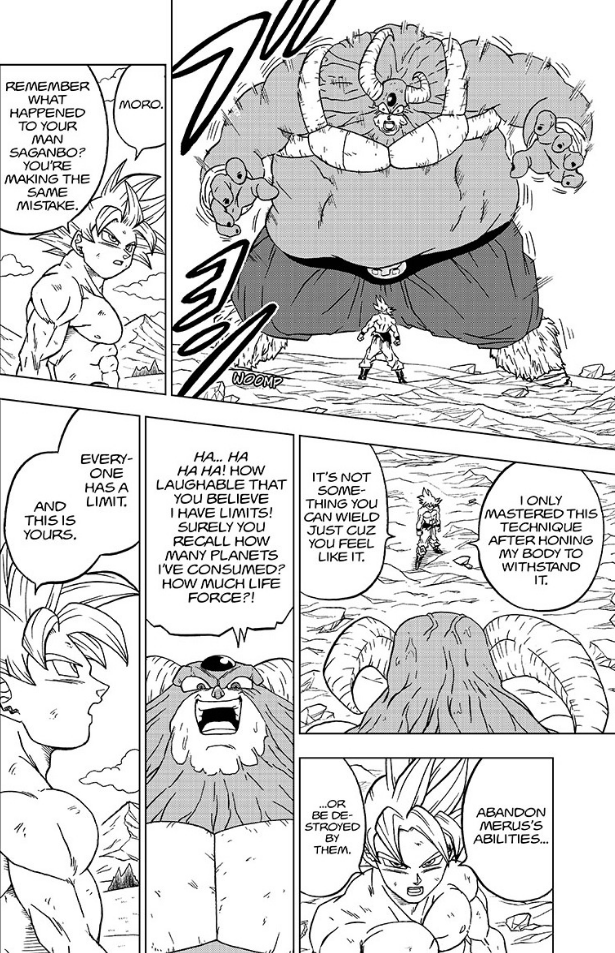 With Moro collapsed on the ground due to his body’s inability to handle Ultra Instinct, Whis commands Goku to “kill him this instant” and advises the Saiyan that “backing him into a corner past this point is unwise.”

Goku acknowledges this command, but before he is able to eliminate Moro once and for all, he notices that the wizard is attempting to dig his arms into the Earth beneath him. 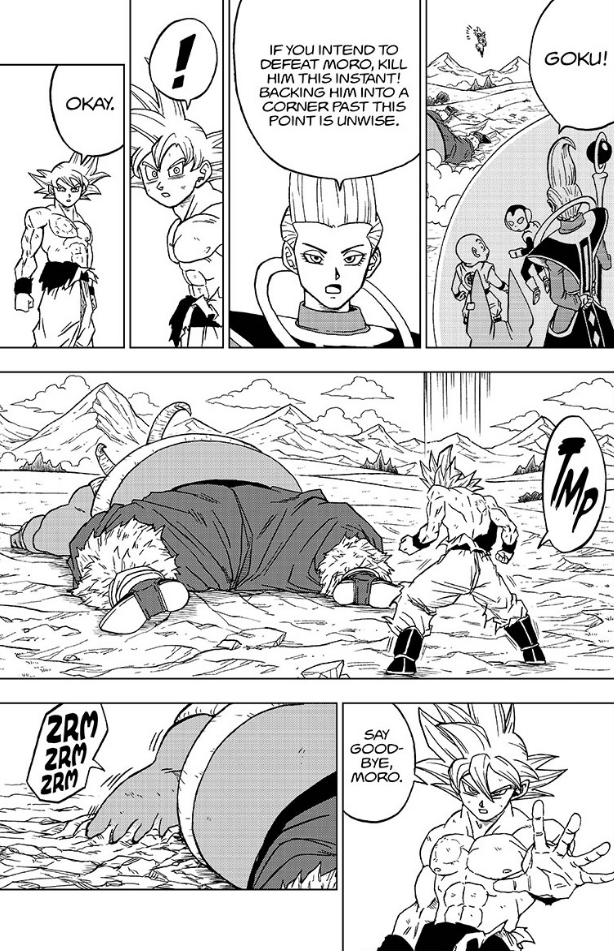 Caught by surprise, Goku discovers Moro has performed what may be the most over-the-top transformation in all of Dragon Ball and fused with the very planet itself in order to strip himself of his limits. 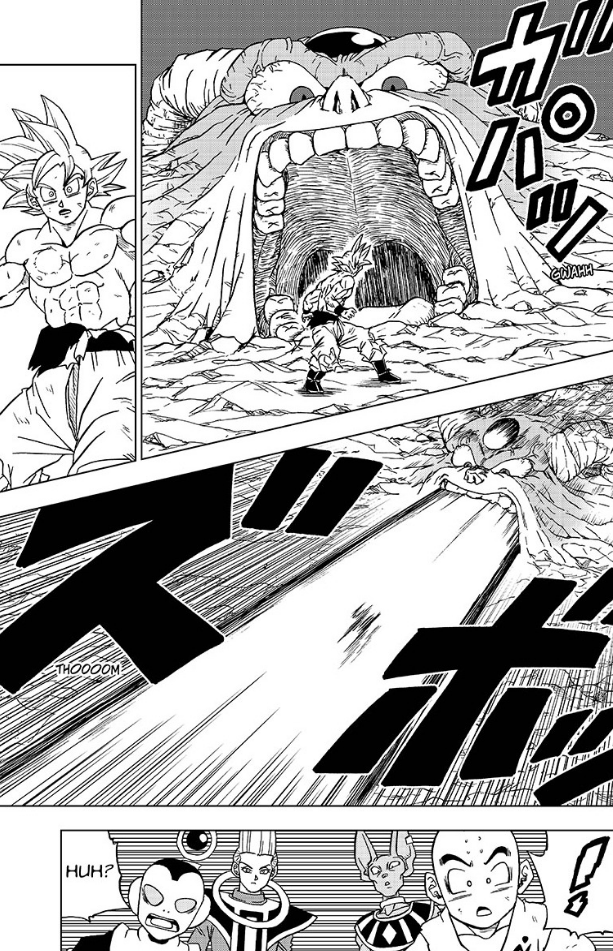 “Killing Moro will mean destroying the Earth itself,” warns Whis. “And beyond that, his swollen energy will detonate…possibly obliterating the entire Galaxy.”

As the chapter comes to a close, and with his fate now tied with that of the planet, Moro takes a moment to taunt his opponent, calling on Goku to “try me if you dare!” 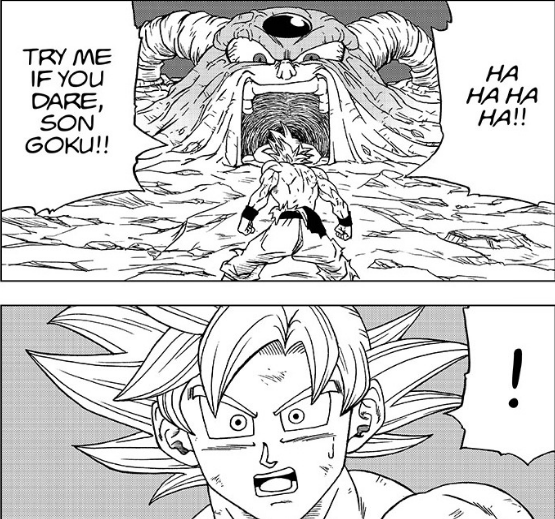 Goku’s battle against Planet Moro will continue in next month’s chapter, set to release on November 20th.