While mainstream comics might be struggling with both DC Comics and Marvel Comics not even placing in the top 20 adult graphic novels for December 2020 according to NPD, there are plenty of really good independent comics that are finding success.

What I plan to do with this article, which I hope to turn into a weekly column, is shine a light on some independent projects that look top notch all around from the story to the art.

These books won’t be ranked in any particular order, but are simply a list of five independent books that are currently available to purchase now or are being crowdfunded on various platforms.

With that out of the way, let’s get into it. 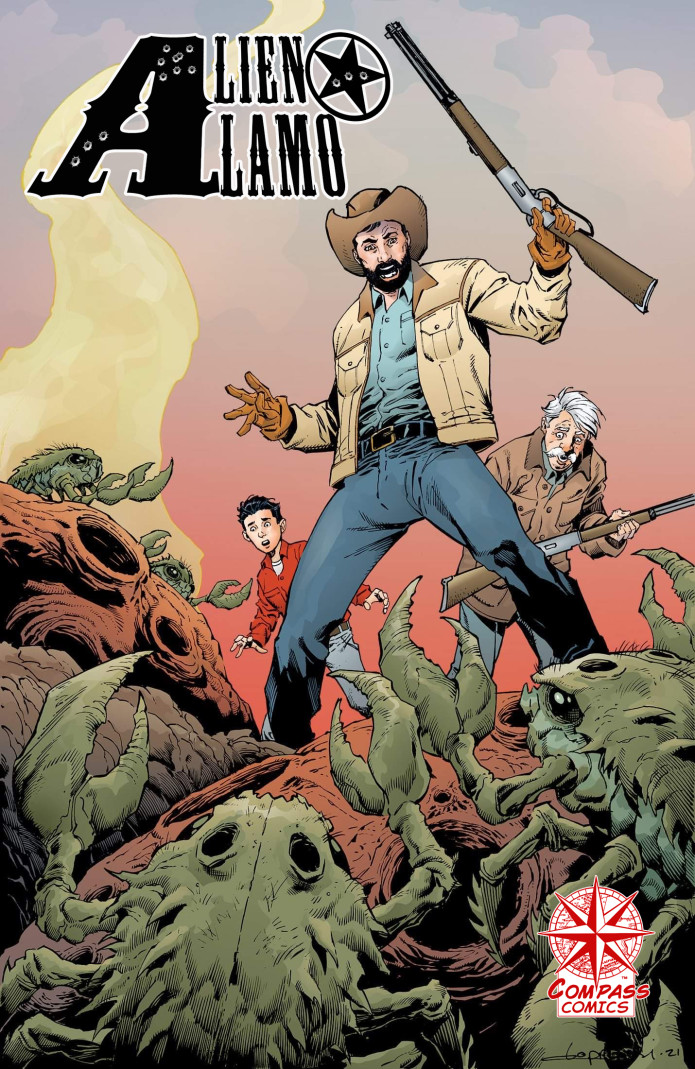 Here’s how he describes the story:

“It’s 1957 and the Russians have just launched Sputnik into orbit. The world was changing and WWII veteran Travis Houston was struggling to adapt.

All Travis wanted when he mustered out of the Marine Corps, at the end of WWll, was some peace and quiet and a safe place to raise his son, James, but the horrors he experienced in the Pacific, and the death of his wife, have left him empty and distant.

The meteor shower changed all that. Only it wasn’t a meteor shower. It was an invasion. Creatures from another world want ours, and the only thing standing between them and us is a man, a boy, and his dog.

The Houstons are vastly outnumbered, but they are Texans and they have each other…so the odds might just be even.” 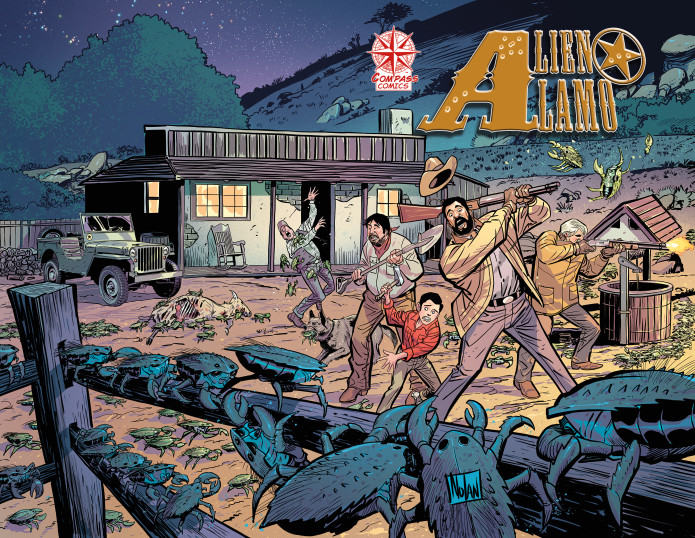 The book will be 48 pages long fully colored.

It is currently available to back on IndieGoGo. 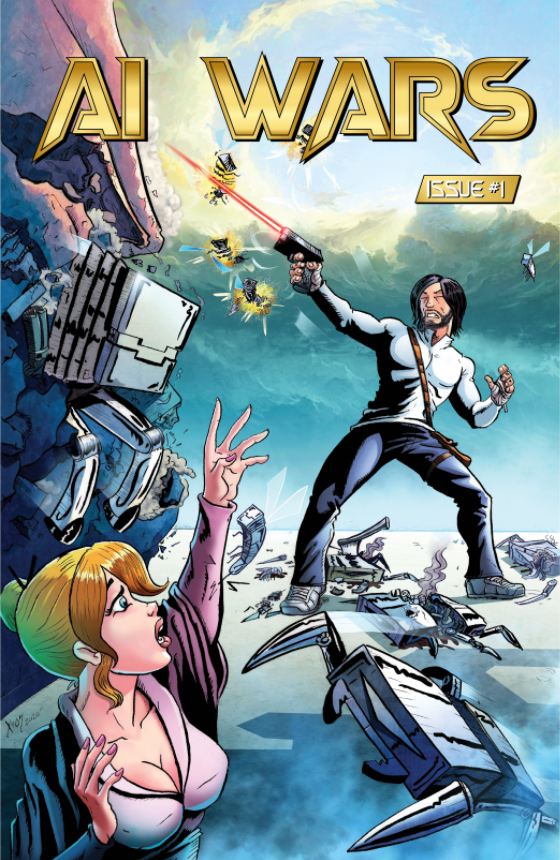 …but a brave few fight for survival.

Tom Palmer never wanted to be a hero, he just wanted to take his happy medication like everyone else in the A.I.-controlled factory, but when an accident causes him to miss taking his injection, he gets pinned with a terrorist act caused by humanity’s resistance.

On the run, Tom Palmer must join the revolutionaries for his own survival. The hopes of future generations of humanity rest on his shoulders!” 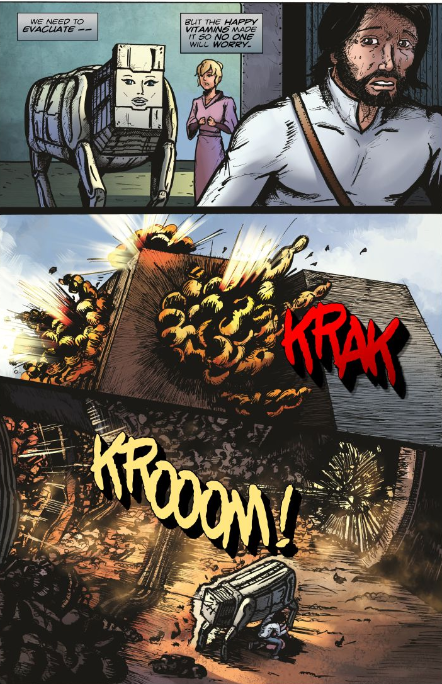 It is currently available to purchase on Amazon. 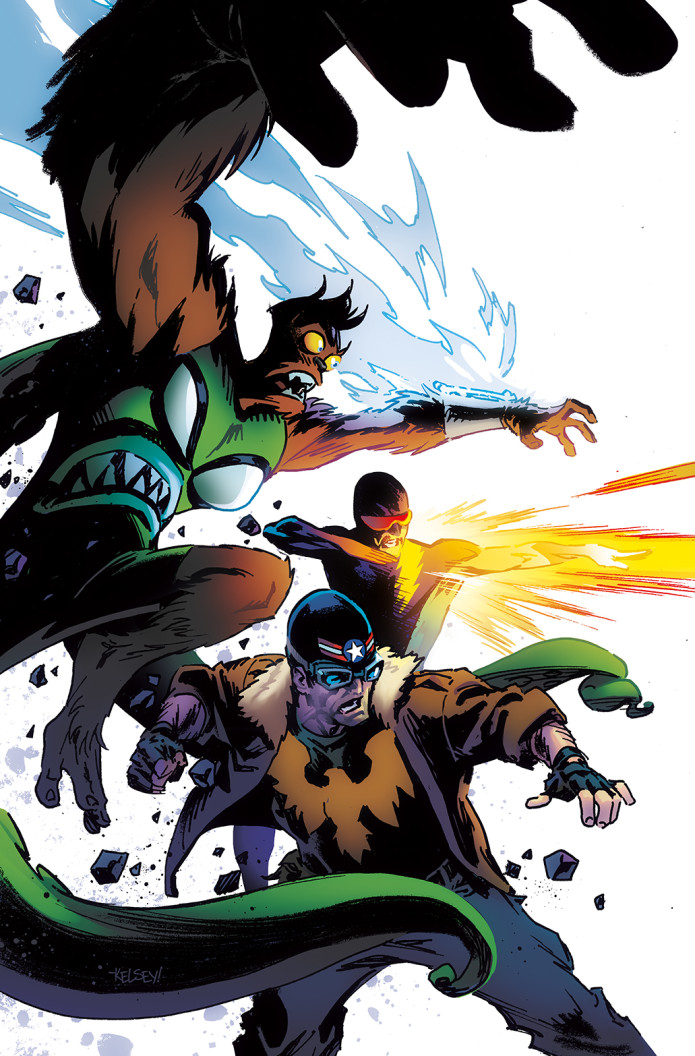 Here’s how Miller describes the story:

Monster Hunt: Let’s Get Kraken brings together Lonestar and his Unknown Soldiers together with Doug TenNapel’s Bigfoot Bill and a few of his cryptid friends as they join forces with Mike Baron and Steve Rude’s intergalactic executioner, and one of the most popular independent comic characters of all time: NEXUS!  Bound together by fate to save the world from the galactic devourer: GOURMANDO!!! 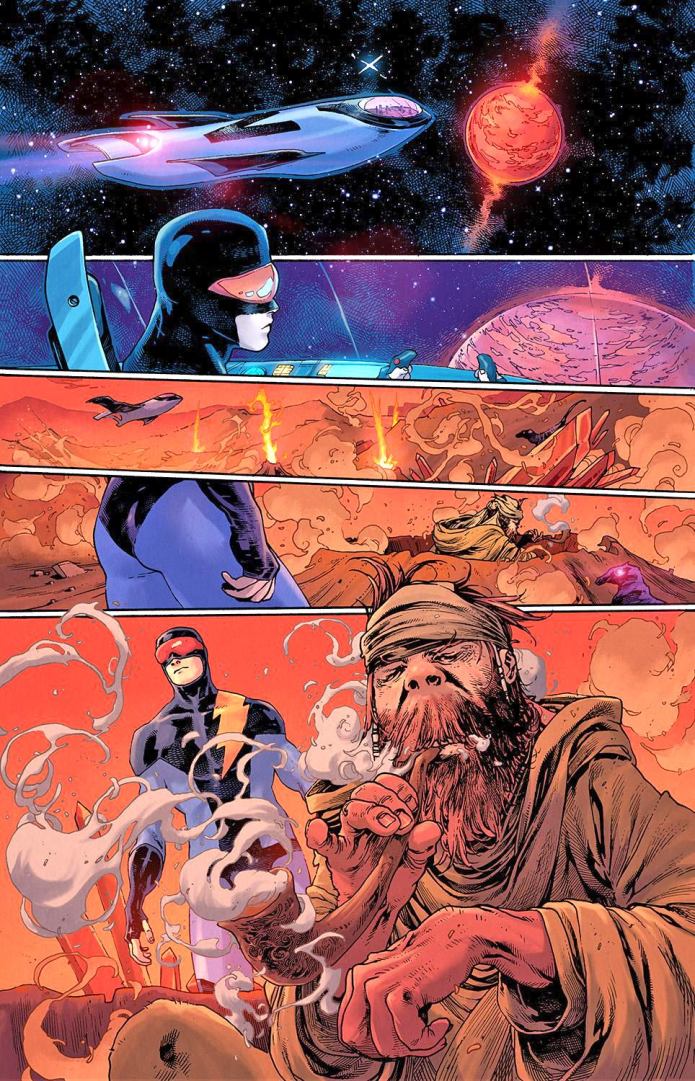 The book is 48 pages fully colored.

It is currently available to support on IndieGoGo through InDemand. 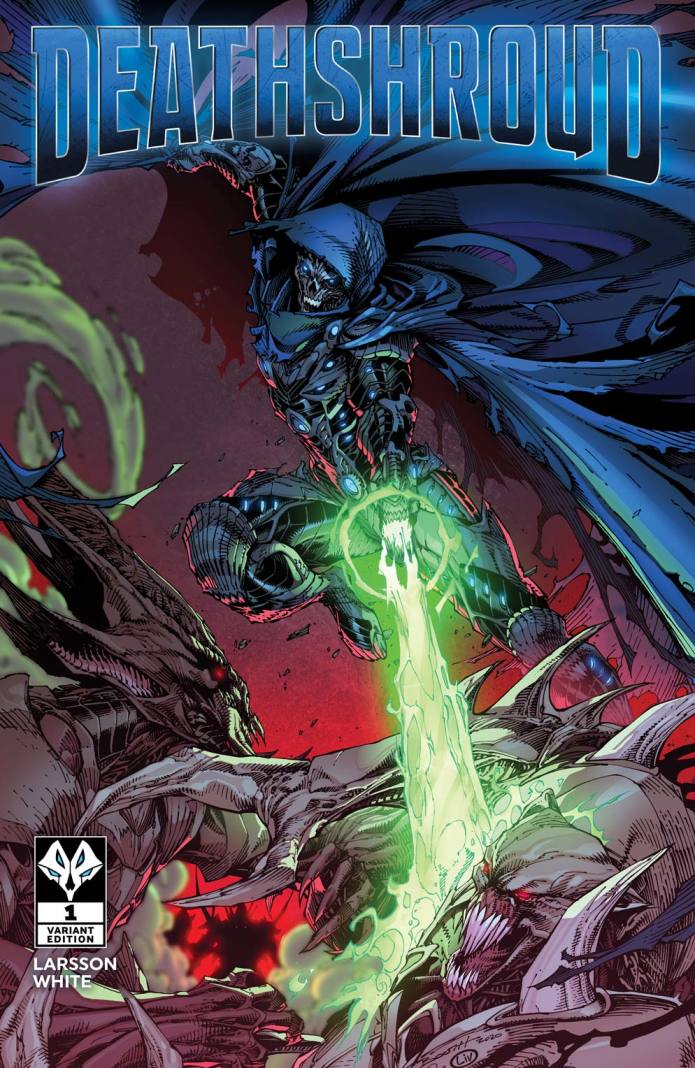 “When a special ops mission goes wrong and his entire squad is killed, John Azrael is transformed into a creature from his nightmares. John soon discovers he’s one of the Nephilim and his very existence poses a threat to the established cosmic order.

With a conspiracy between Heaven and Hell against him, John embarks on a mission to take revenge on those who murdered his mother. Armed only with his wits and newly-discovered powers. John must maintain the balance of cosmic forces while protecting his fiancée Elizabeth from Kobolt City’s corrupt leaders, in this action-packed anti-hero adventure.” 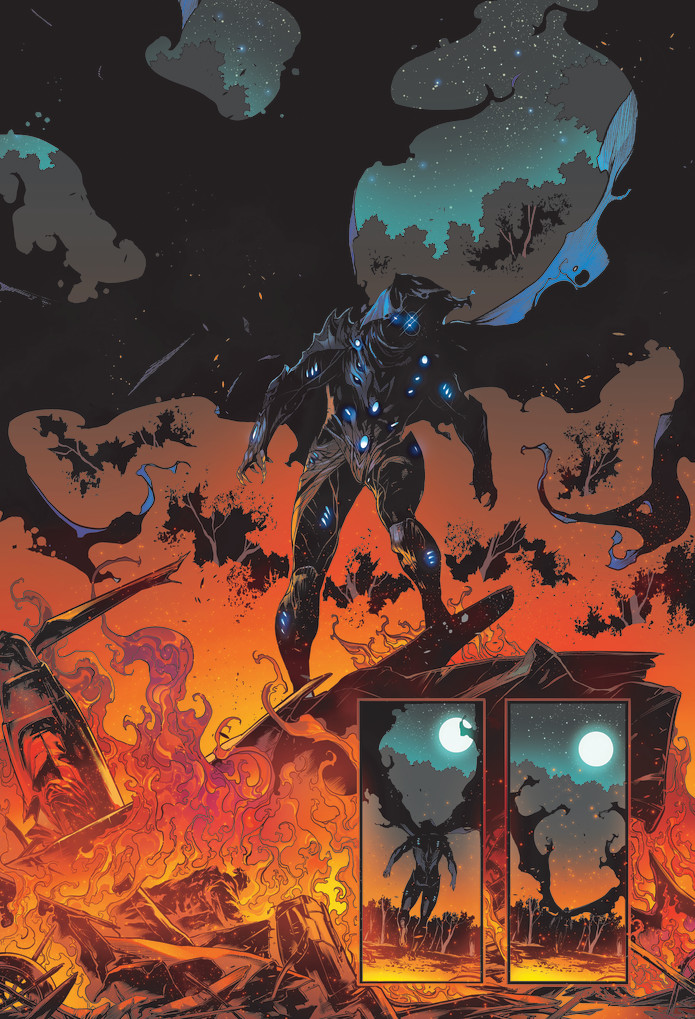 The book will be 22 pages fully colored.

It is currently available to back on IndieGoGo through InDemand. 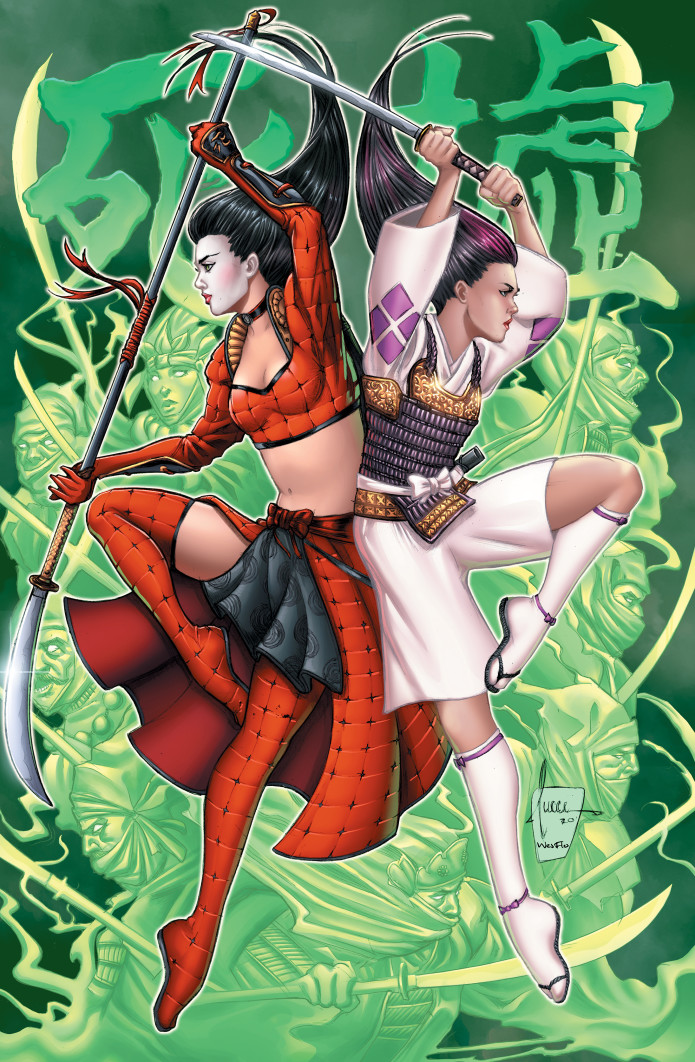 “After the terrifying events of SHI: Return of the Warrior, Ana Ishikawa must now save her teenage daughter Hotaru who’s been kidnapped by a murderous “Shi” copycat killer.

But to do so, she’s forced to ally herself with her lifelong enemy, the manipulative Masahiro Arashi. What if it is all a ruse and Ana has fallen into a trap set by the Yakuza Oyabun?

Find out in SHI: Haikyo, the 64-page, full color sequel to Return of the Warrior. This action-packed, psychological samurai thriller reunites Shi creator Billy Tucci and writer Steven Peros, with artist Gardenio Lima, colorist Brian Miller, letterer Mindy Lopkin and designer Nile Scala for a journey that takes the reader deep into the haunted Ruins of New York’s Roosevelt Island as a mother must embrace death so that her daughter may live.” 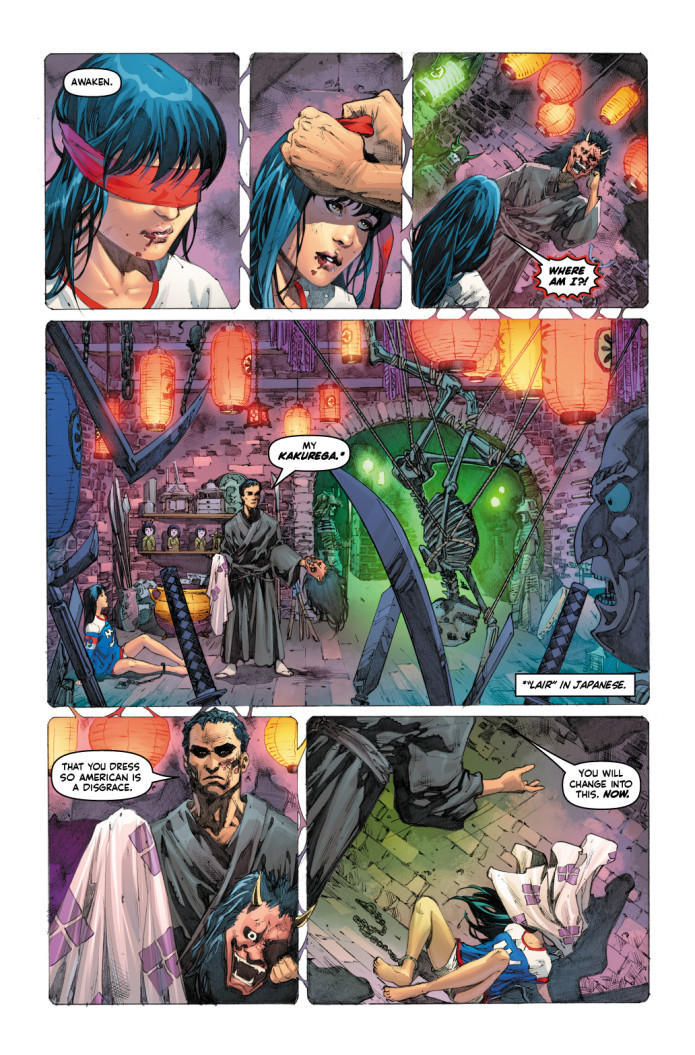 It is currently available to back on IndieGoGo through InDemand.

What book are you backing? What have you been reading that’s good?