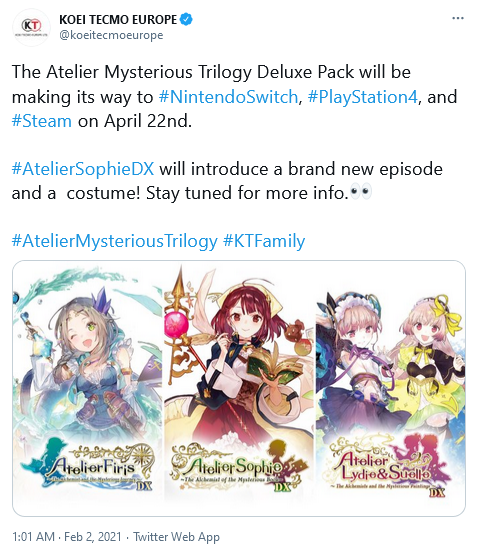 The ‘all-new content’ noted above varies between each individual title.

Atelier Sophie: The Alchemist of the Mysterious Book DX will see the addition of both a new costume for protagonist Sophie Neuenmuller and “a brand-new coming-of-age story for Sophie, as she struggles to step into the shoes of her late grandmother – the town’s reliable alchemist.”

Here’s the official description for Atelier Sophie: The Alchemist of the Mysterious Book DX:

“The first title, Atelier Sophie: The Alchemist of the Mysterious Book DX, follows the adventures of young novice alchemist Sophie Neuenmuller, who discovers she is the owner of an enigmatic book imbued with a soul. This Mysterious Book seems to hold the secrets to the art of alchemy, and as Sophie experiments with alchemy throughout the story, she unravels the book’s forgotten memories and eventually sets out to uncover the strange tale of its origin.” 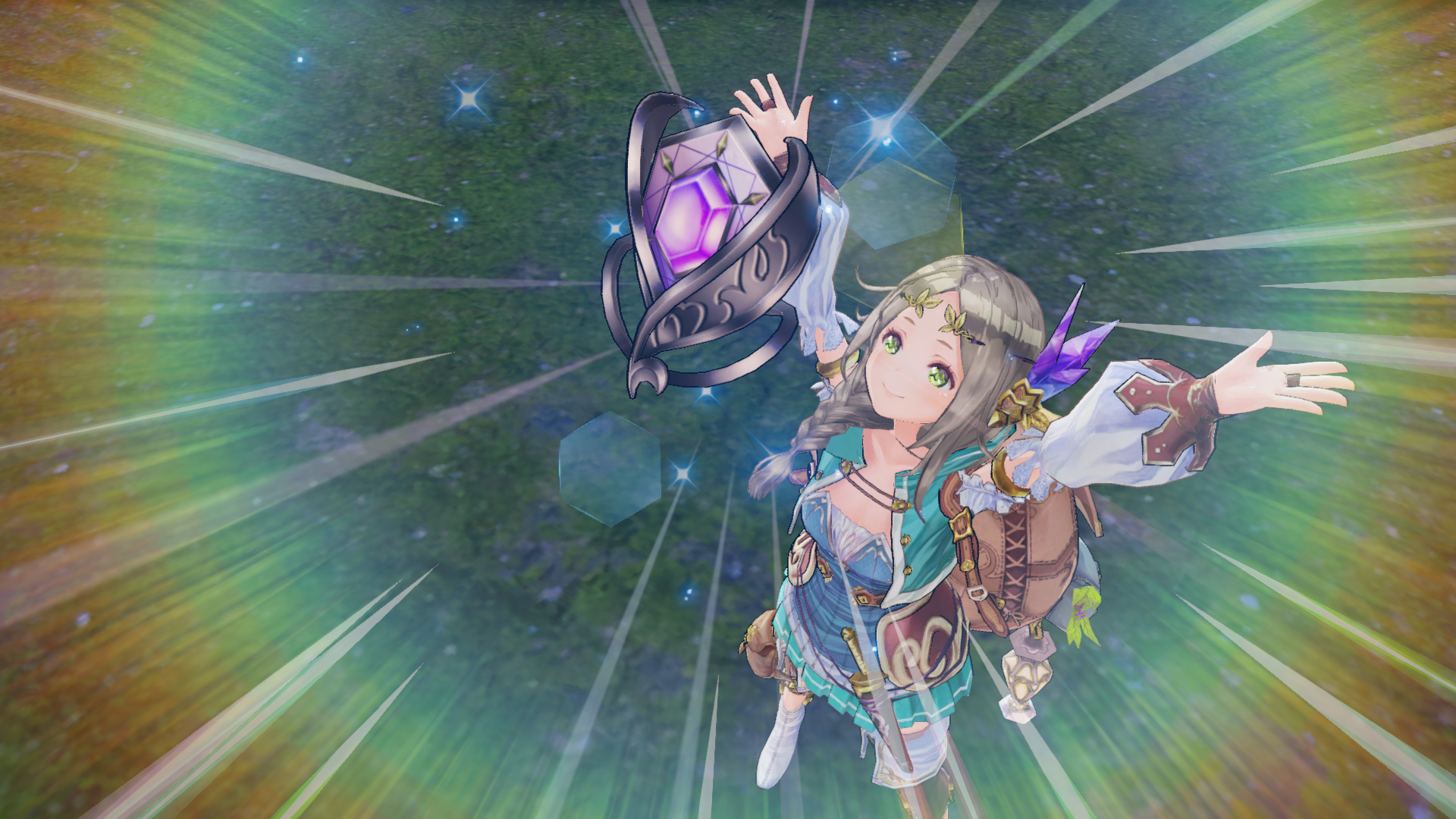 For Atelier Firis: The Alchemist and the Mysterious Journey DX, GUST has added “four new vehicles and several exploration items to improve efficiency and speed, as well as seven new quests that lead to unlocking the powerful new foe Palmyra.”

Here’s the official description for Atelier Firis: The Alchemist and the Mysterious Journey DX:

“Atelier Firis: The Alchemist and the Mysterious Journey DX is the second entry in the ‘Mysterious’ saga, following the adventures of the enthusiastic Firis Mistlud and her loving older sister Liane Mistlud. The sisters have lived their entire lives in the isolated town of Ertona, where Firis uses her unique ability to see where material crystals are buried. By way of a fateful encounter, Firis learns of the Alchemy Exam and decides to take her first step into the outside world, setting off on a grand journey to become a certified alchemist and discover the mysteries that life has to offer!” 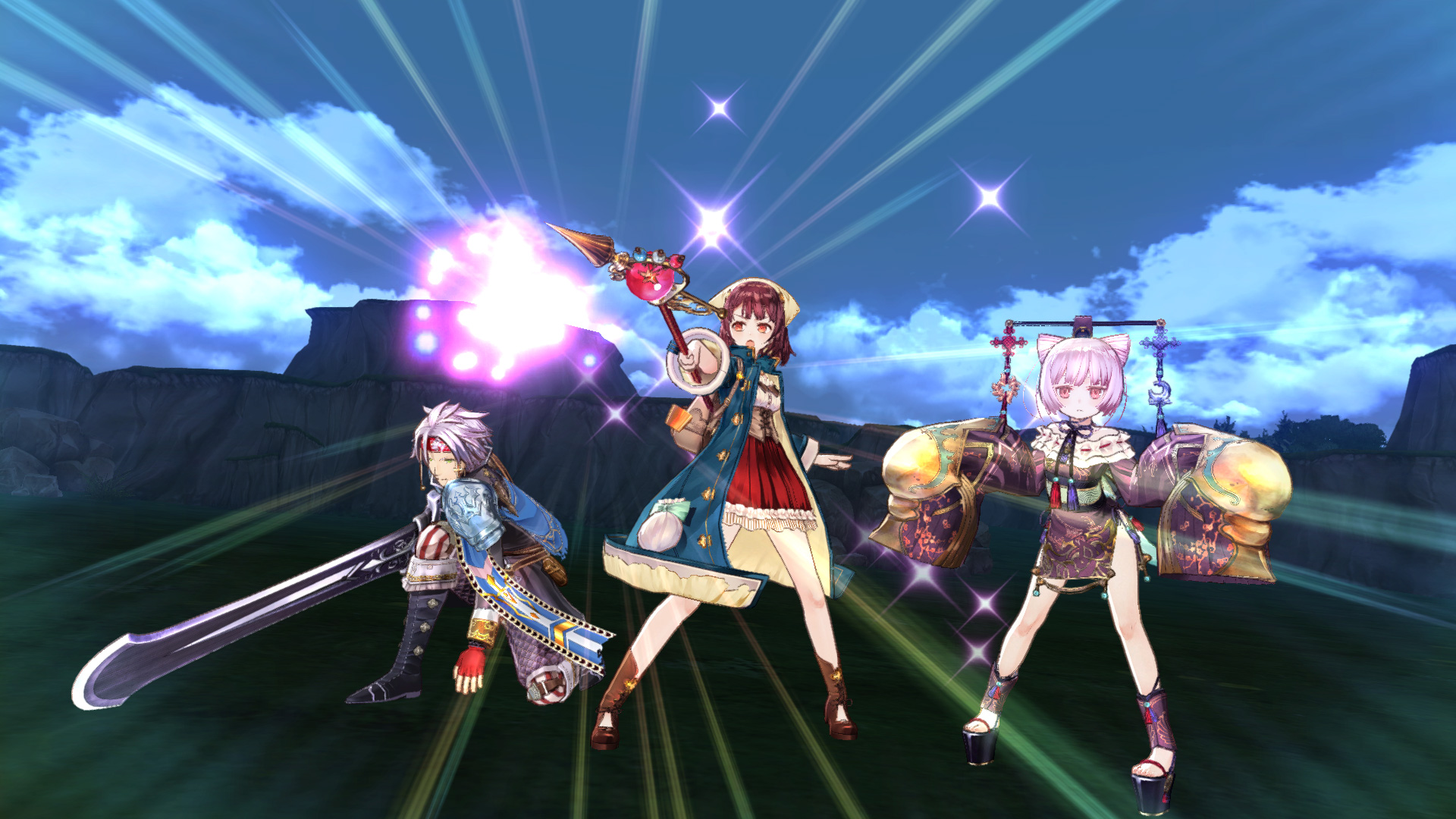 Meanwhile, Lydie & Suelle: The Alchemists and the Mysterious Paintings DX will introduce “a new painting that connects Lydie and Suelle to the world of Nelke & the Legendary Alchemists [a spin-off series based in the Atelier universe],” as “in order to help Lady Nelke develop the city, the twins will have to embark on new missions and fight against perilous new enemies!”

Here’s the official description for Atelier Lydie & Suelle: The Alchemists and the Mysterious Paintings DX:

“The gripping conclusion to the Mysterious Trilogy, Atelier Lydie & Suelle: The Alchemists and the Mysterious Paintings DX, follows the tale of alchemist twins — the reserved but caring Lydie Marlen, and the eccentric and carefree Suelle Marlen. The young twins work alongside their father at the family atelier, but due to his inexperience in alchemy, they rarely see any customers. While working hard to hone their skills, the duo uncovers a mysterious looking painting, and as they reach out to investigate, the girls are drawn inside a world bountiful with rare materials perfect for alchemy! This fateful discovery is just the beginning of the twin’s adventure, leading them to their joint goal — to run the best atelier in the country!” 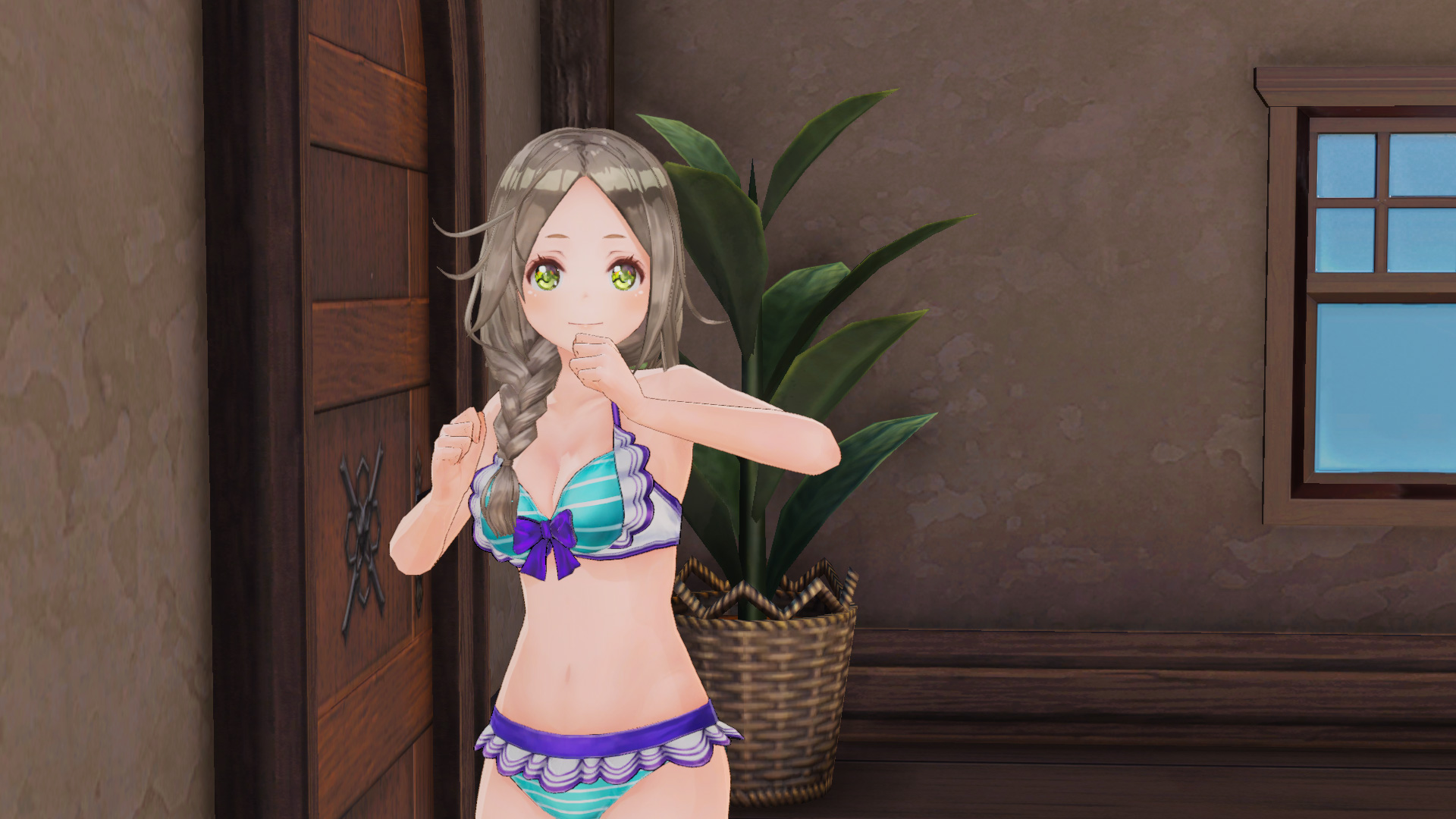 Fans will have the chance to experience the entire Mysterious storyline when the Atelier Mysterious Trilogy releases on April 22nd, 2021.

In the meantime, if you’re in the mood to visit Atelier’s world of colorful characters and alchemy-based gameplay, check out our review of Atelier Ryza 2: Lost Legends & the Secret Fairy to see if the latest game in the long-running franchise is right for you! 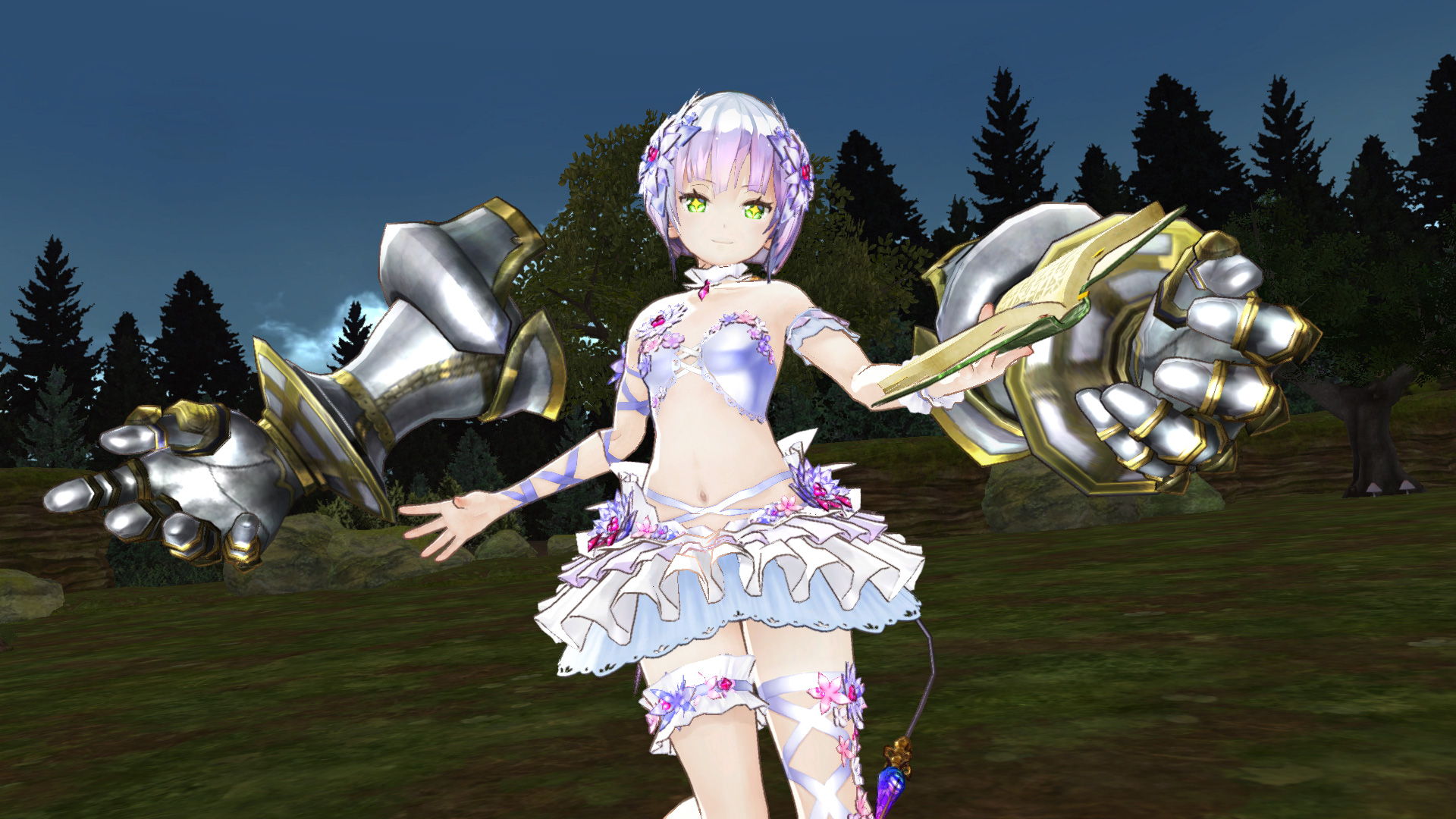 Are you interested in picking up the Atelier Mysterious Trilogy? Let us know your thoughts on social media or in the comments down below!