Artist Kelley Jones, who is known for his horror designs and more importantly Batman’s extremely long ears, has revealed some brand new Batman designs that will not only terrify you, but the denizens of Gotham as well. 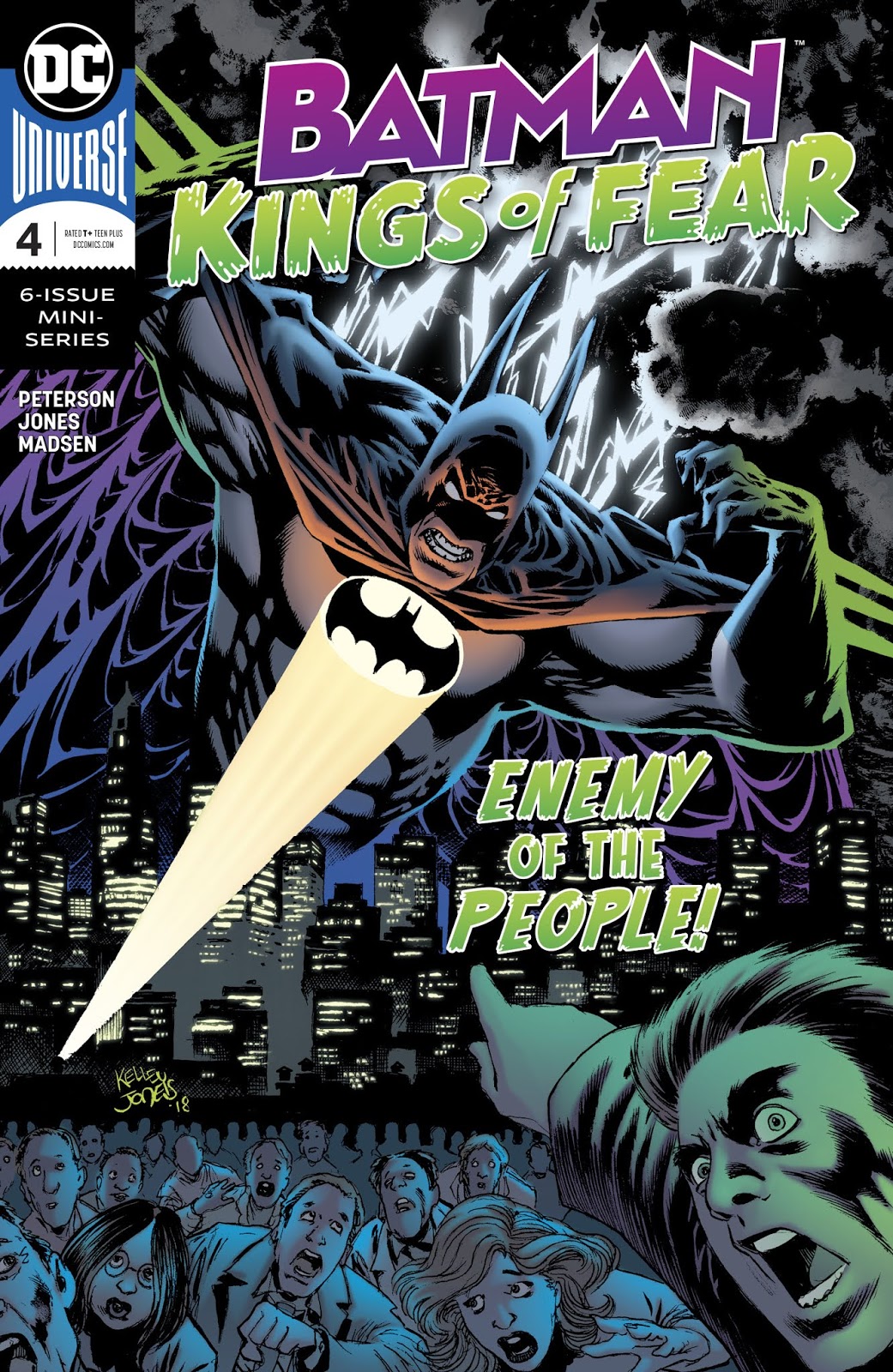 Jones has worked on a number of Batman books. Most recently he worked on Batman: Kings of Fear with Scott Peterson. He also worked on the main Batman book alongside Doug Moench in the 1990s.

Jones’ work on Batman has been so prolific that DC Comics published the Batman: Kelley Jones Gallery Edition that showcases Jones’ Batman work when he teamed with Doug Moench from Batman #515 through #525. 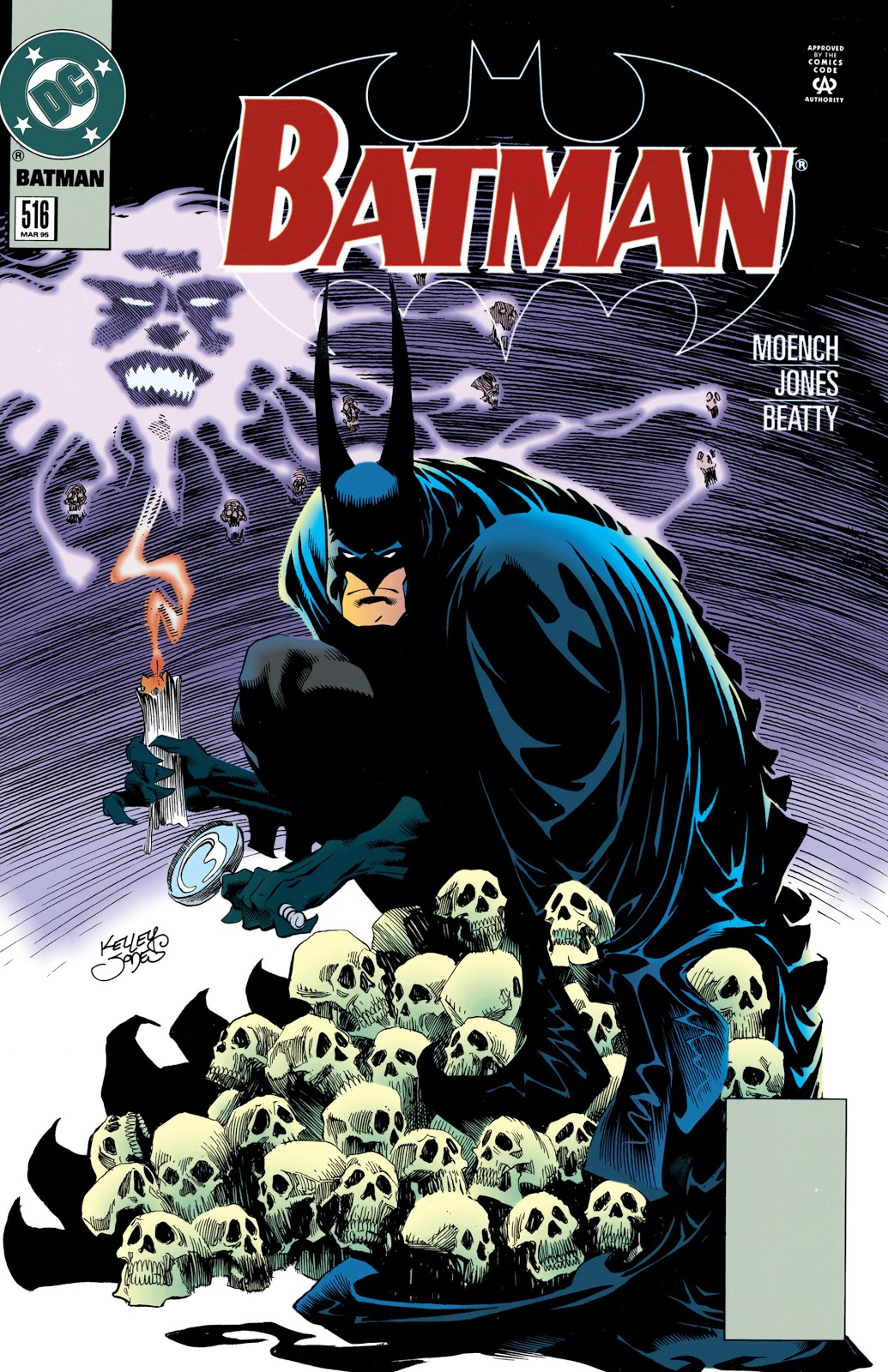 Back on January 26th, Jones shared a fearsome demonic Batman. Instead of his cape, he has demon wings. His body has lost his flesh and you can the skeletal structure underneath. His hands have been replaced with razor sharp claws and his right hand appears to have turned into some kind of demonic mouth.

You would not want to be stuck in a Gotham back alley with this Batman creature stalking you.

Jones commented on the piece writing, “Breaking in new tools piece, I love brushes that work from the first dip in the bottle.” 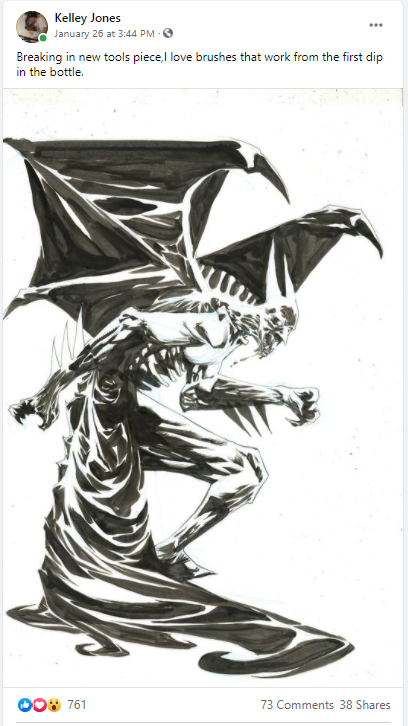 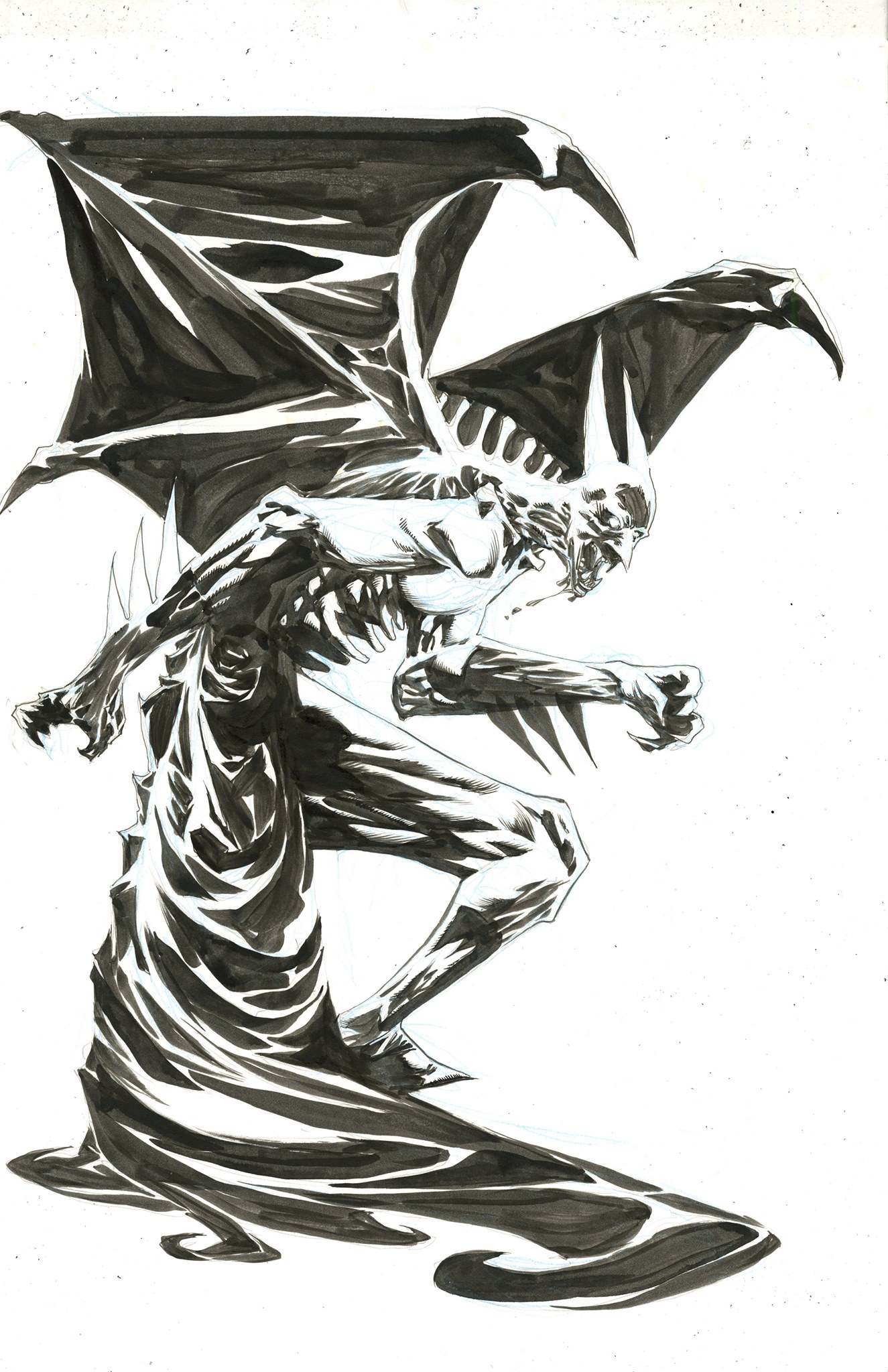 A few days later, Jones would share a more traditional Batman pinup, at least for him.

He wrote, “A little piece to test out a new more rough and toothy paper for an upcoming project. I like this bit rough paper as it holds the brush in place and makes more precise and random line work if that makes sense.” 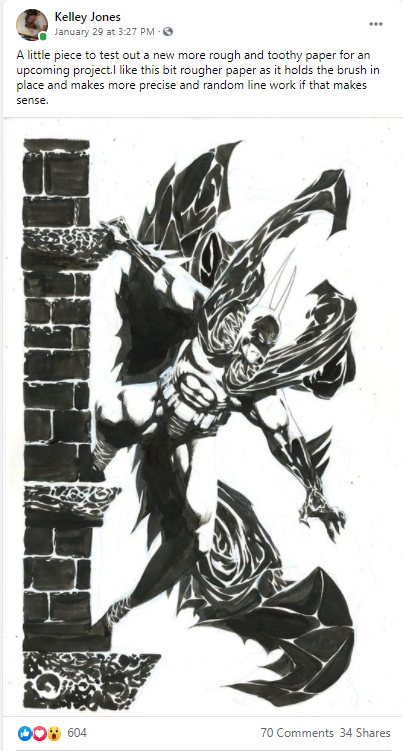 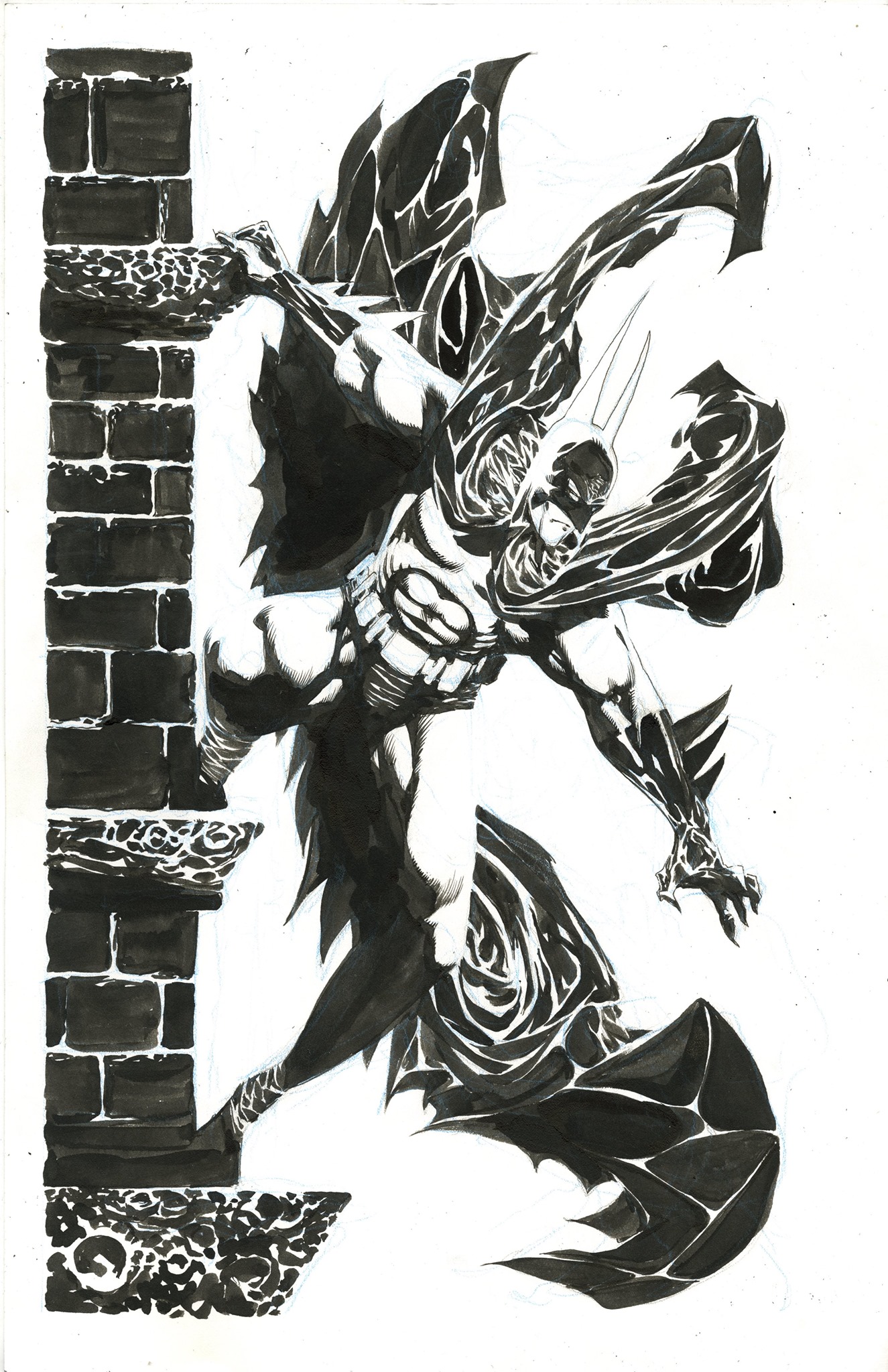 Next, he shared another more traditional Batman. This time instead of hanging on to the side of a wall, he’s on the top of a building looking down upon Gotham. The Bat signal is lit up behind him. Crime is afoot, but Batman is on the case!

Jones wrote, “Another test piece done on a slightly smoother paper that allowed more brushyness and flexibility with the brush. But I like the other paper a whole lot too…tough call. Batman is a good character (the best maybe) to try new tools out with!” 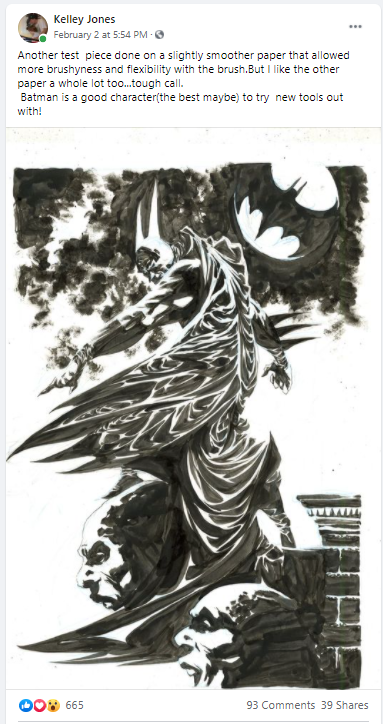 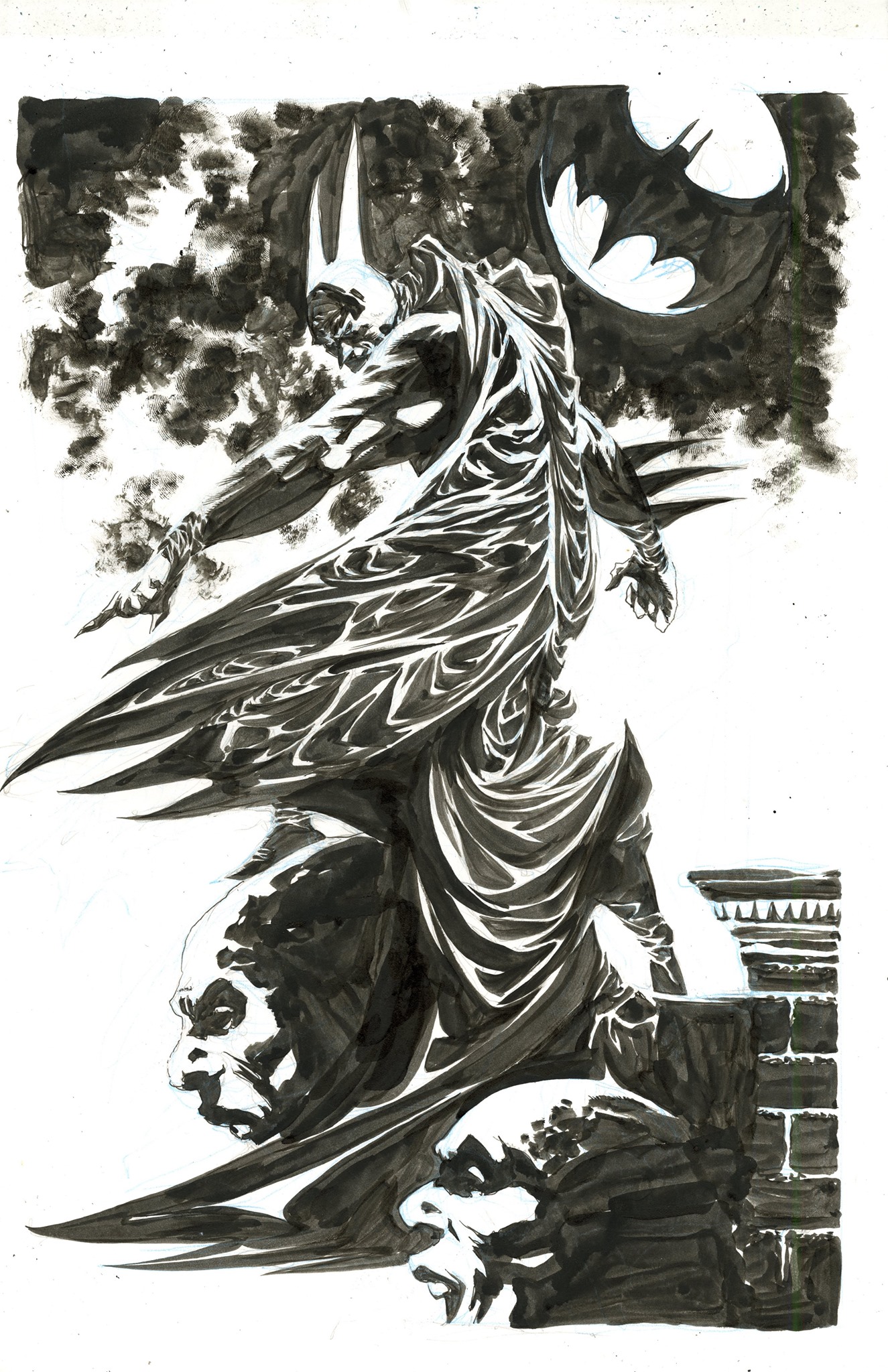 Jones then shared a Batman that has a much more mystical look as he cape flows about him like an ancient wizard.

He wrote, “Last little test piece,using tools that I’m not familiar or comfortable on different papers. Old battered brushes and nibs that only flaw is they don’t do what I want reflexively. The idea I got from a conversation with Bernie.”

He continued, “Wrightson had said at one point he got such a mastery of his tools that he felt it began to effect his work as it removed those moments where you stop and choose a direction or concentrate on making the application fit the drawing. Too smooth of a line when a rougher one would be better or too rhythmic when a more discordant line may be necessary. It’s helping me see the form a lot clearer and the light more than the shadow. The Captain is still teaching me….” 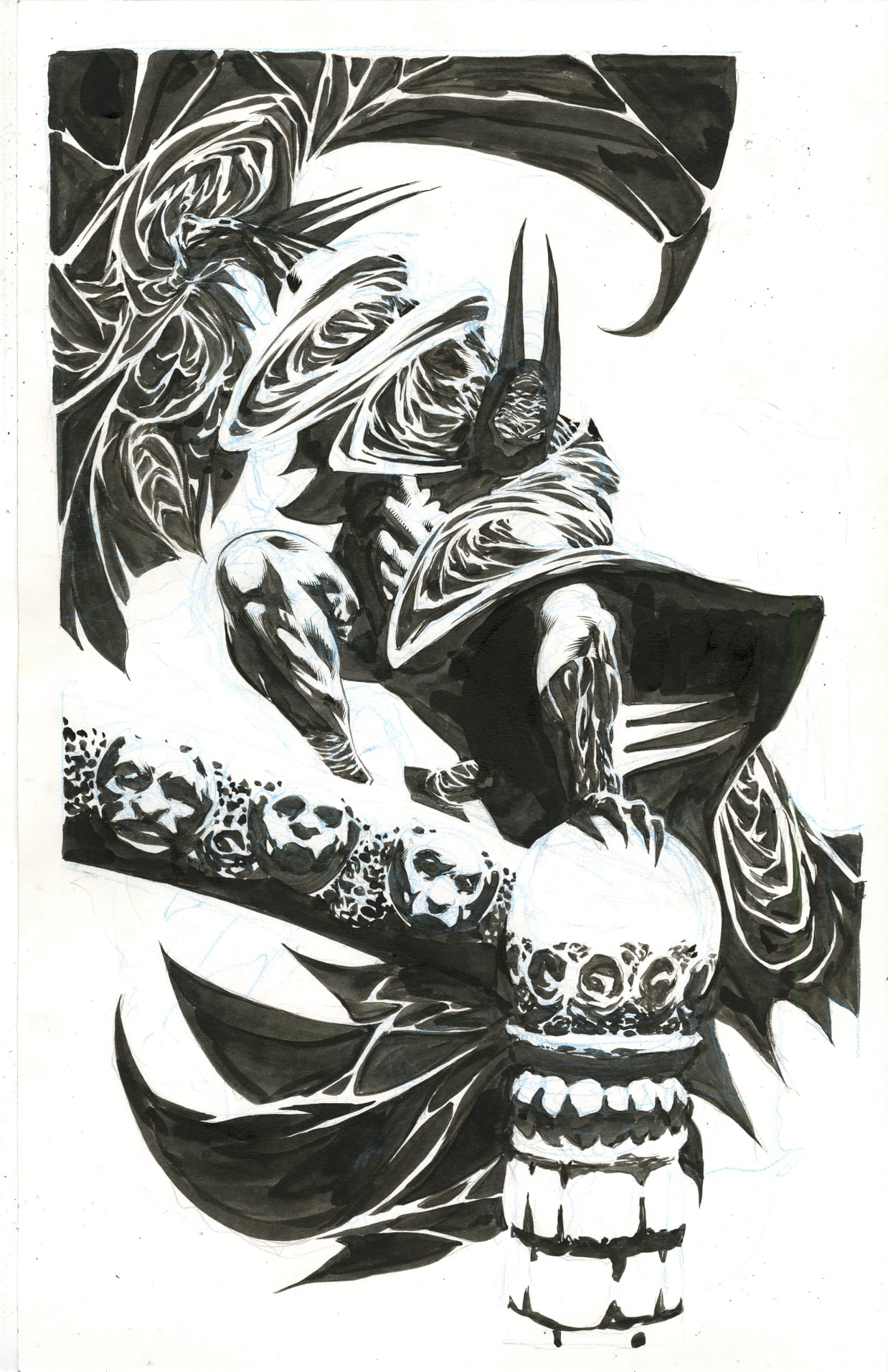 It’s unclear if the project Jones is preparing for is a Batman project. However, it does appear to involve werewolves.

Before he began sharing his Batman artwork, Jones shared two werewolves to his Facebook.

The first he did not provide any commentary and simply shared the ferocious beast. 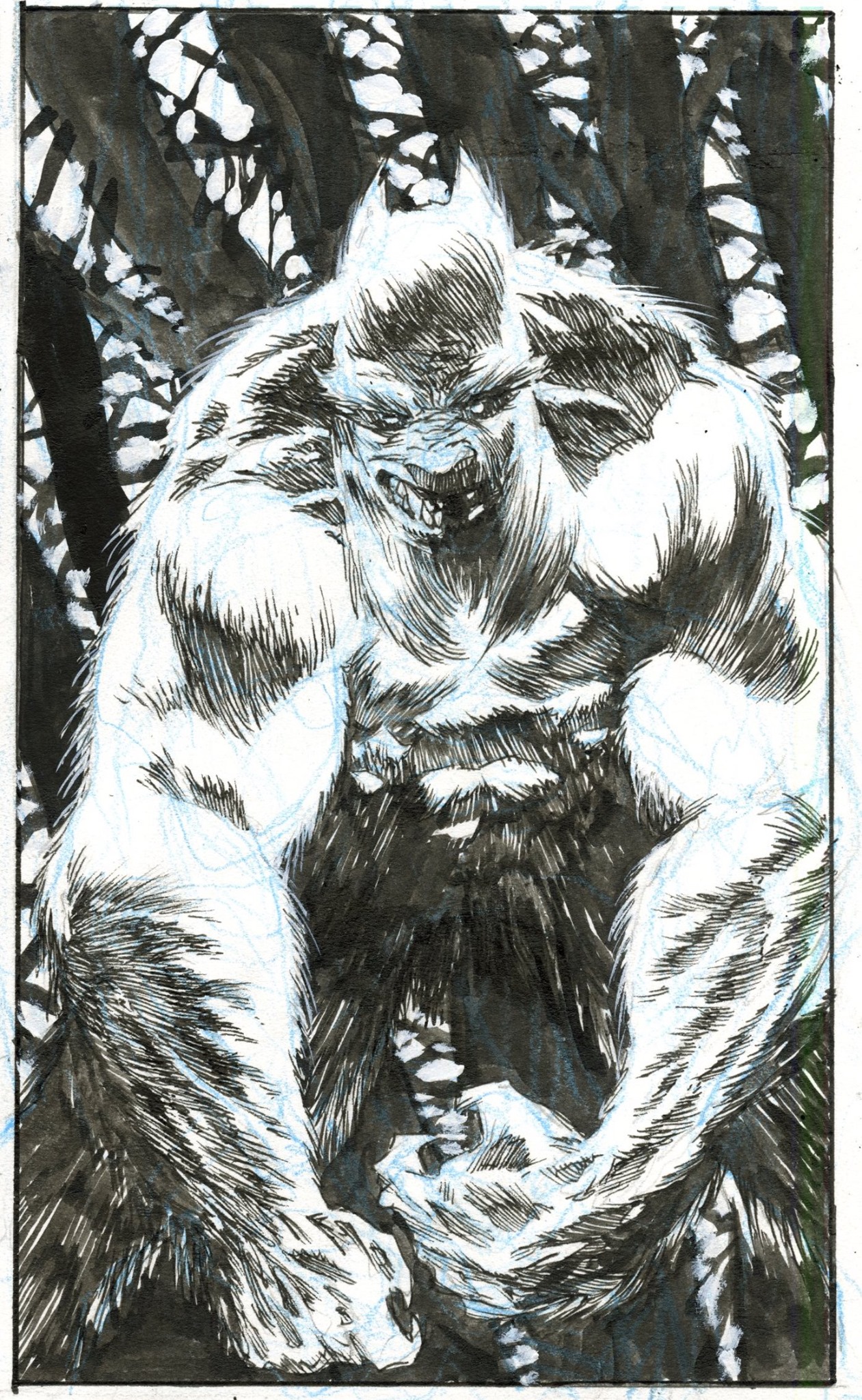 He then shared an action shot of the Werewolf leaping towards someone or something with his claws extended.

He wrote, “Werewolf from an upcoming little ditty.” 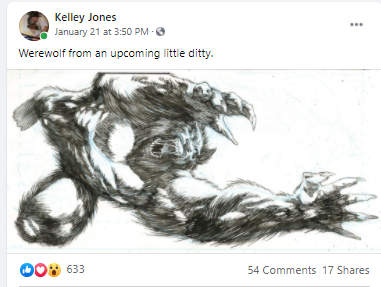 What do you make of Jones’ Batman designs? Would you want to see them featured in an upcoming Batman story? Do you think the Batman art is connected to the werewolf project? Will Batman be facing off against this ferocious beast?